With stunning and eye-catching optics, this lens would be the perfect add to your camera repertoire. However, there are some quirks with the focal length depending on your work. Read to learn more.

The GF 80mm F1.7 initial announcement felt like a mic-drop moment for the company. The world's brightest autofocus lens for digital medium or large format cameras. Fortunately, the lens performs exceptionally well in the field where that tagline doesn't feel like hyperbole.

The Quality Is There

Best For: Professional photographers in the large-format ecosystem wanting a tight frame for portraits and controlled lifestyle shots.

Looking for that creamy bokeh? With its super-wide aperture of F1.7, the Fujifilm GF 80mm F1.7 R WR Lens delivers it with super sharpness in a durable body

This Thing Is Damn Good

I've spent the better part of a year using this lens across various shoots, and in that time, it has gradually become my most used lens for my GFX 100S. This lens has an equivalent focal length of 63mm, and before 2021, that was uncharted territory for my work. Most of the creations I capture range between the 35 or 75 perspectives, with the 50mm being a distant third place. 63mm felt like an odd spot to be in — until it wasn't.

I began using this lens "as a 35" to shoot further back and build a scene. Whether it was a concept on my shot list for a project or just an idea in my mind while I was abroad, I would start with this lens as a farther distance to capture more of an establishing shot. After a few frames, I would move in tighter, with details being the primary story of the image. This ping-ponging between two perspectives began to underscore the value of this uber-prime lens. And after all these months across several cities around the world, it was this process that had led me to believe that this lens, this GF 80mm F1.7, ranks as the second-best lens for the Fujifilm GFX system.

This 80mm lens is a beefy piece of glass. At nearly 800g, it's something that pulls your camera forward and forces you to wield it with two hands. It's something that feels wholly opposed to the philosophy of lenses on the X-mount system, and it should. I mean — what is the GFX system, if not the complete opposite of what the X system values?

This lens boasts exquisite quality, where the seals and gaskets meet in a near-perfect manner. The lining on the focus ring is generous, including a rubber material that won't fray in a way many cheaper lenses may invite. There's a good amount of resistance on this ring, and given the wide diameter, it's something that you can use effectively to pull subtle shifts in focus.

The aperture ring has a decent resistance but is insufficient to prevent you from bumping it out of place. Additionally, there's a button on the far end to lock this into an auto mode or command mode, allowing the camera to decide the aperture with a command dial, respectively.

The weather sealing is highly impressive. This lens held up incredibly well in both rain and dusty conditions. I didn't have any particles infiltrate the glass or gaskets, as this design instills confidence in going to a coastal environment, where salt is thrown around like a cheap buffet.

Altogether, the lens is built intentionally and meant to last regardless of where you decide to take it. When you see the images that this thing produces, you'll want to take it everywhere. 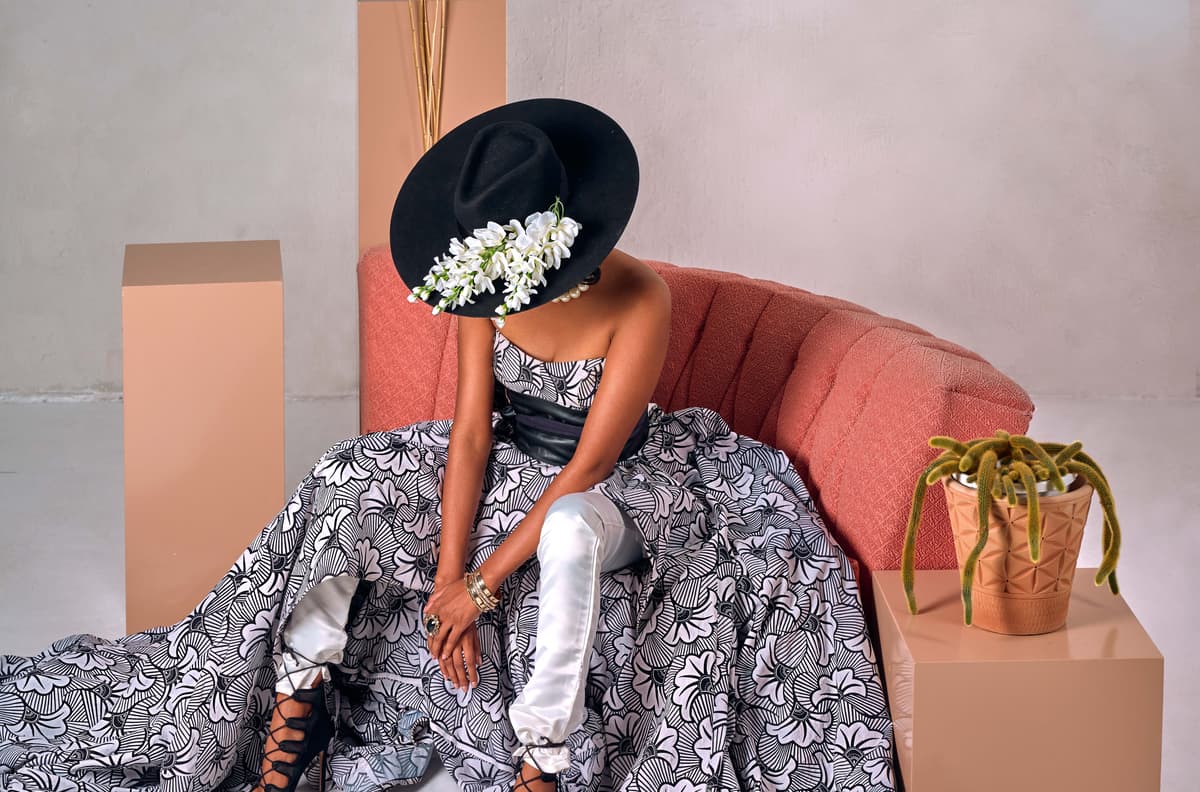 Looking to enter the digital medium-format ecosystem? These two Fujifilm cameras offer what you need. But which one is right for you?

What would you expect from a $2,300 lens made in Japan? Great f*cking pictures, and that's what you get with the GF 80mm. Images have a healthy amount of sharpness to them, where the corners when shooting wide open begin to fall off slightly. Push this thing to F4.0, and those concerns are pretty much gone, enabling you to create fantastic compositions that are tack sharp edge-to-edge.

It's also important to consider that this lens can resolve a 102-megapixel sensor with stupid accuracy and clarity. You could punch in and easily catch the follicles of your subject if you wanted to. After using this lens for some time, you quickly realize that this is an expensive pairing, as it must raise the quality of the sensor. I'd even venture to argue that this lens can efficiently resolve an image sensor with twice the resolution.

The look of this lens is exceptional, which may have to do with the slight tradeoff in sharpness made at wider apertures. The optical elements in this lens work together to give you a pleasing image that feels natural and less like a bucket of extra crispy chicken. And as you move into the out of focus areas, you see an even and predictable falloff that should impress any professional photographer.

A significant critique that might bother some shooters is potentially experiencing high amounts of purple-fringing when shooting wide open in high contrast situations. I found this an issue when you punched 100% or 200% into an image. If you stop down to F2.8 or higher, you'll mitigate this effect, but it's still worth noting.

The autofocus in this lens is excellent, don't get me wrong, but the move to use a DC motor instead of a linear motor means that it lags behind some of its GF counterparts. The increase of noise may not matter in most environments and, in my opinion, something that you adapt to and workaround.

Lastly, the 63mm equivalent focal length is an interesting choice. While this range has some value in the history of medium format imaging, I would've liked something a bit tighter, like a 75mm equivalent. I'm sure some medium format die-hards will disagree with me, but hey, that's what makes the Internet beautiful and a stress-inducing death trap for the mental health of billions around the world.

On that cheerful note — let's move on to how this lens stacks up against its closest competitor. 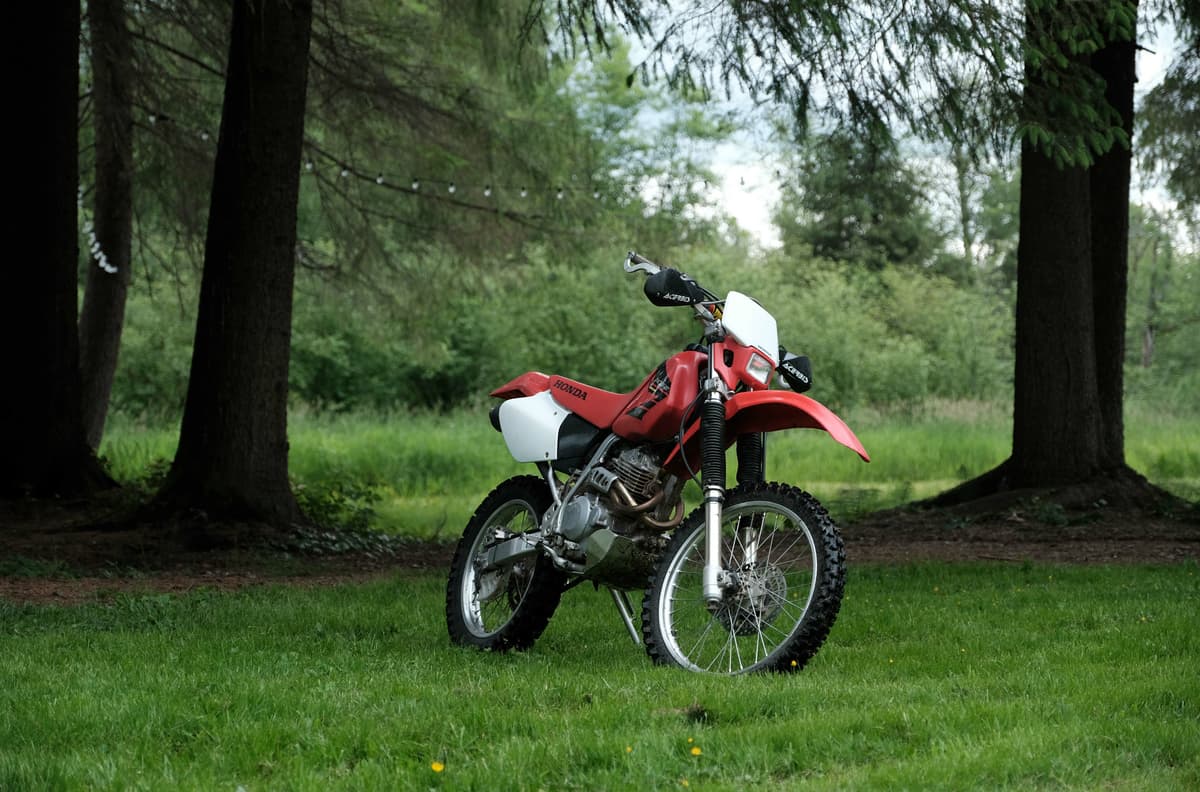 The Best Fujifilm Lenses in 2022

From novice kit lenses to ground-breaking prime lengths that cover a huge range of focal lengths, sizes, and prices — there is truly a lens for everyone.

I wrote an entire article on this subject, the 80mm F1.7 versus the 110mm F2.0 for the GFX system if you're looking to read a deep dive. These two are arguably the closest competitors that consumers will consider, and which one you choose first will ultimately come down to the nature of your work. The 110mm is unequivocally sharper and faster to focus. That said, with the tighter focal length, steeper price point, and an overall design that resembles a long-range missile — the GF 110mm F2.0 will better suit professional creators.

For creators with a more dynamic subject matter or enthusiasts who want just one solid option, the 80mm F1.7 would be a clear winner. It works exceptionally well where the marginal differences between the 110mm will not feel like a dealbreaker.

If you're someone capturing images in well-lit environments, there's a suite of primes and zooms that perform as well, if not better, and at an even more affordable price. Lenses like the GF 63mm or 50mm can absolutely perform in a street and travel setting and do so in a way that feels more ergonomic. The reason I say this is to remind everyone reading that you really should consider how valuable the F1.7 is to the work you do. While many individuals may tout this as a game-changing feat, holistically speaking, it's not. It's something that can be inspiring but just as quickly, a crutch that holds you back as a photographer.

Is the lens weather sealed? Rain and Dust?
Leave it in the studio Chance of Rain You’re going to get wet Take it in a storm

What is it made out of and how does it feel / function.
Cheap What You’d Expect Solid Top of the Line

Overall to how clear and sharp the image is. The bokeh, vignetting, and aberration.
Is that even in focus? Passable Sharp Tack Sharp

Who this product is made for.
Just getting started Upgrading from Kit Lens Shoots regularly Professional

How well does it pack and go with you. Does it fit in your bag.
Pancake Prime A Little Zoom Dad Lens

What is the speed of the lens and how fast the lens is.
Slow Decent Speed Fast Super Fast

Earlier I mentioned that this lens is the second-best lens on the Fujifilm GFX system, and that has more to do with what this lens is than what it does. This thing is brilliant, and though it may feel like a sawed-off shotgun at times, there's no denying the fantastic image quality it delivers.

However, the perspective here is a bit of a generalist. For most people looking to invest in the GFX system, I'd recommend getting something more specialized for what you're capturing, then consider this 80mm addition to your kit.

For me, the Fujifilm GF 80mm F1.7 is a premium, flexible prime that gives my work more range and works as the connective tissue between other lenses. I feel many users of this product will feel the same way.

Hey, I'm Gajan - an award-winning photographer and creator that has built a career on the idea of creativity shared.
Read More 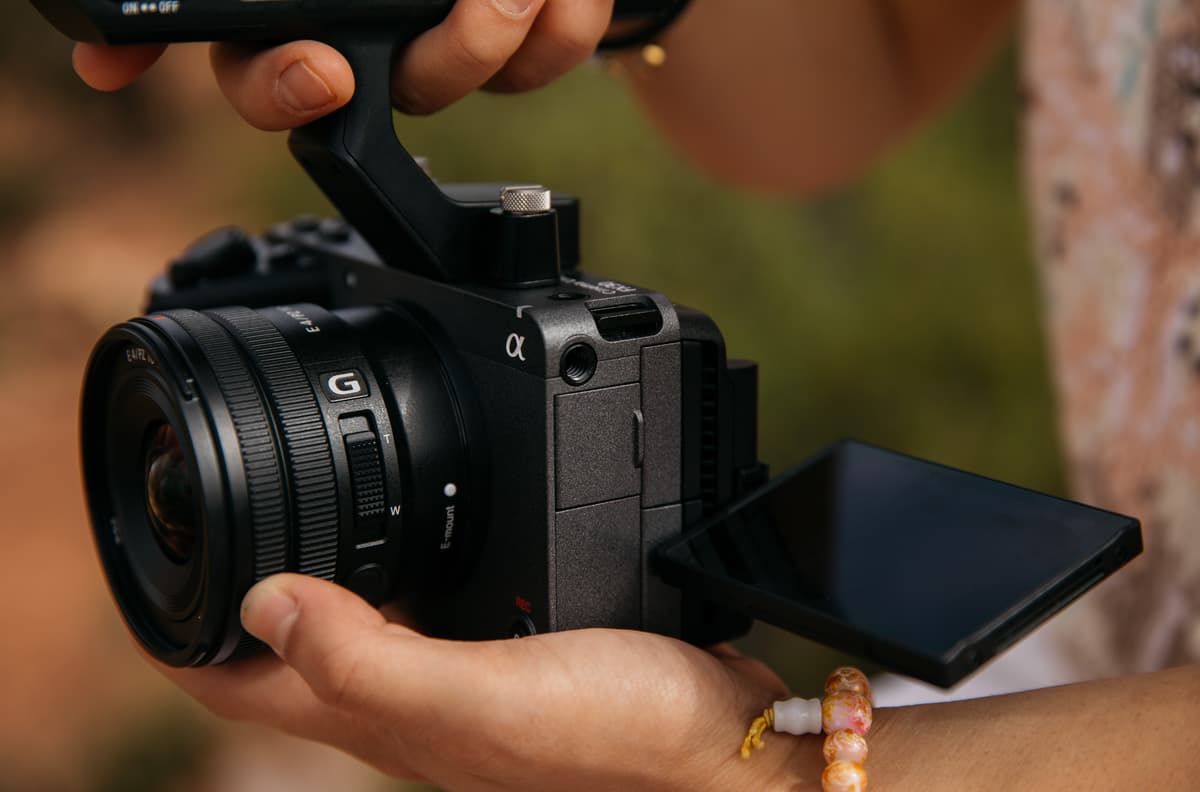 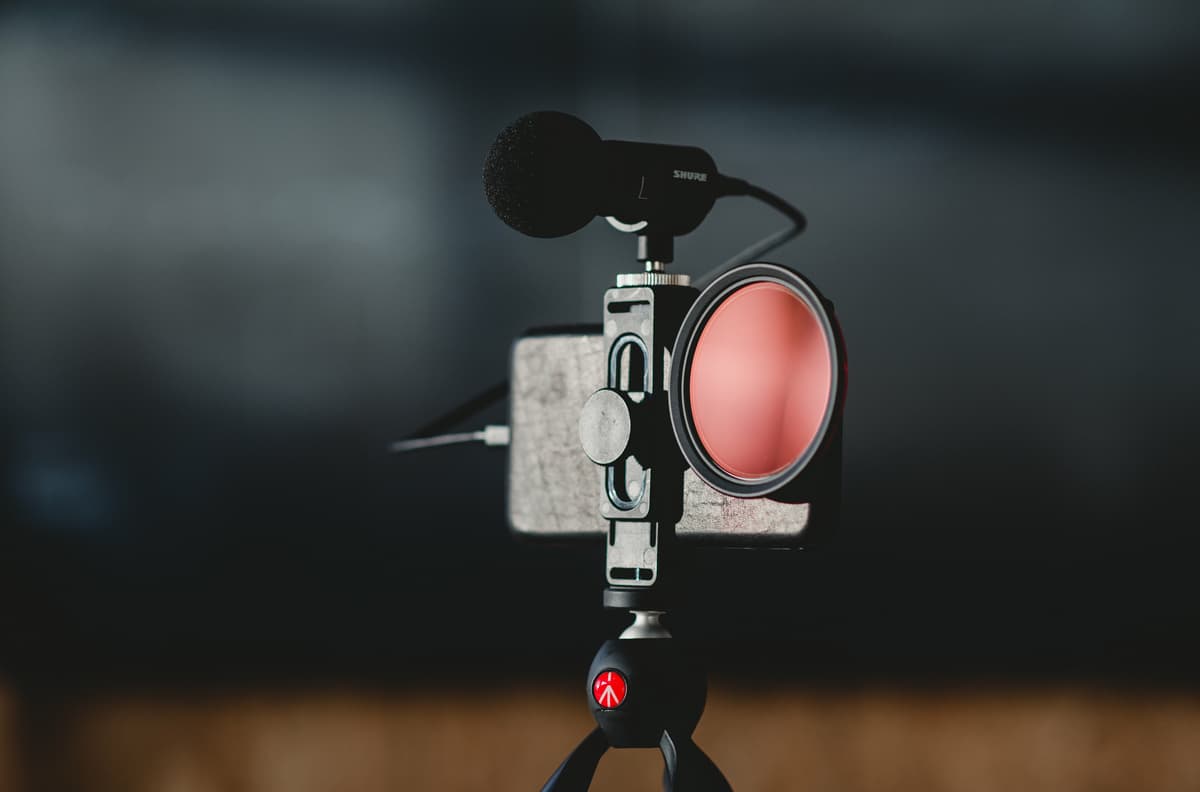 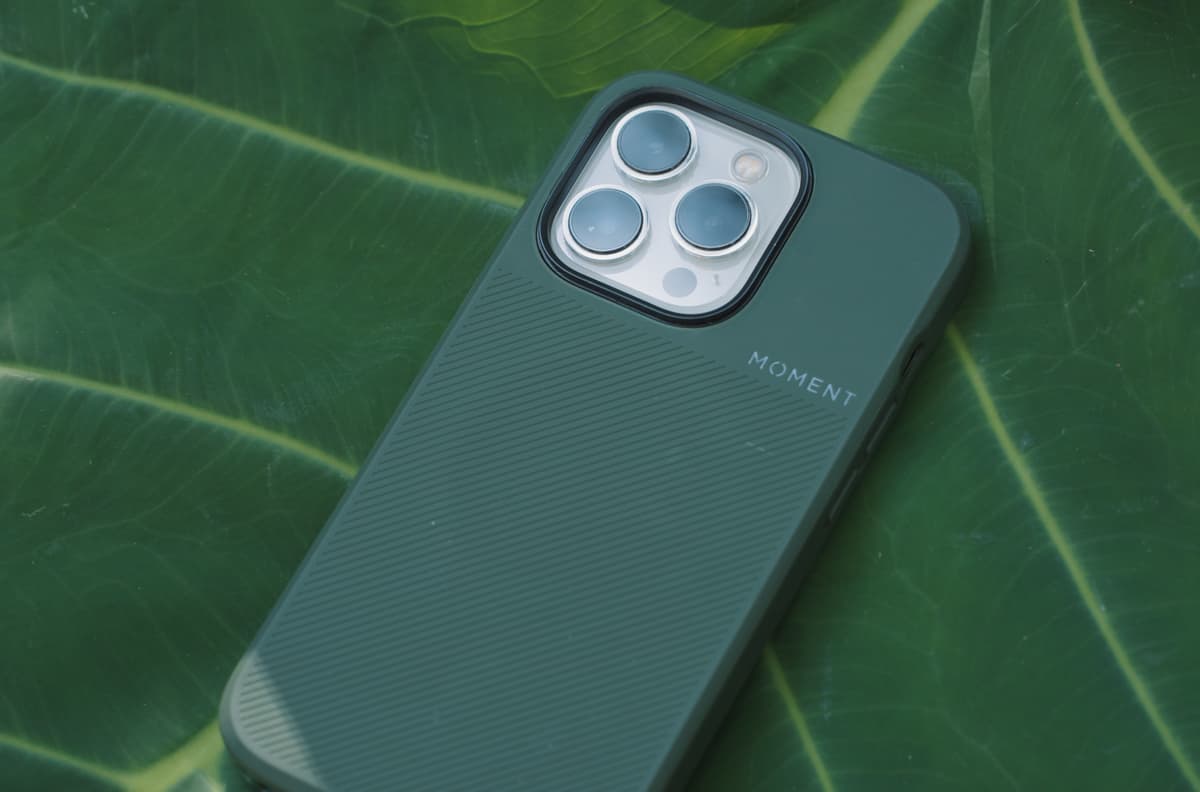 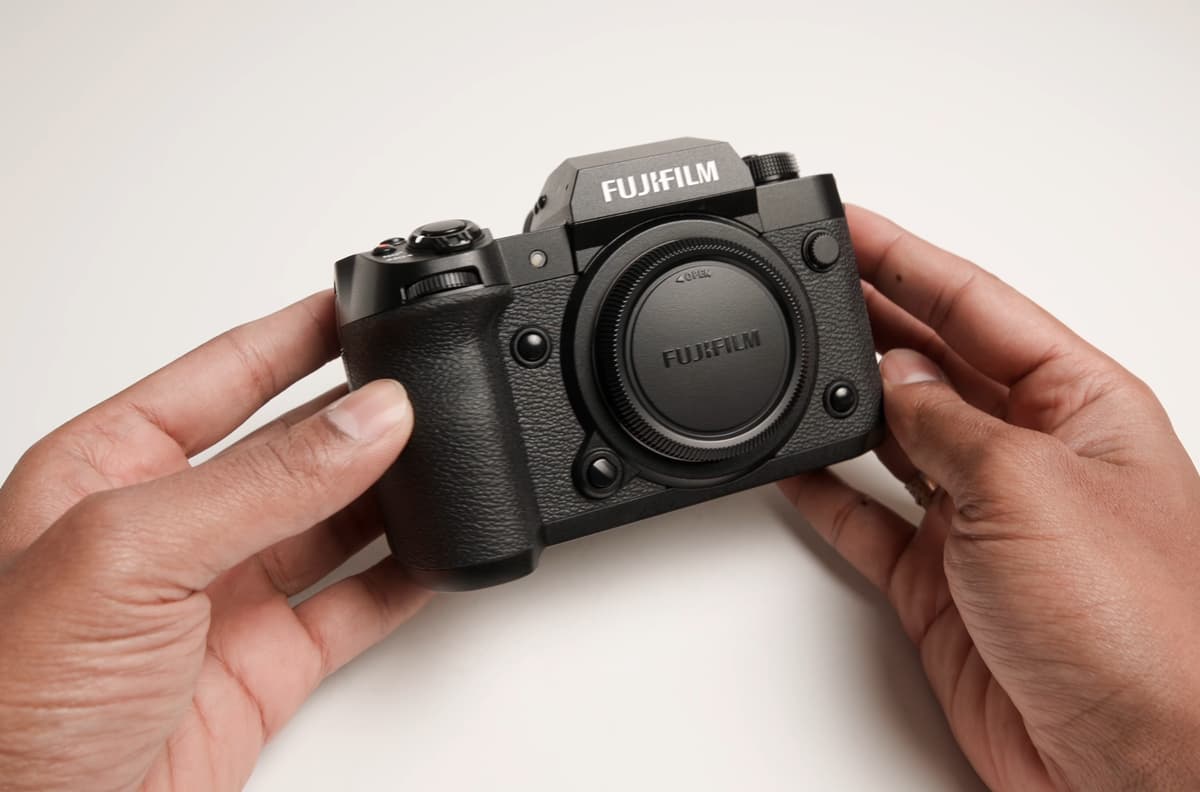 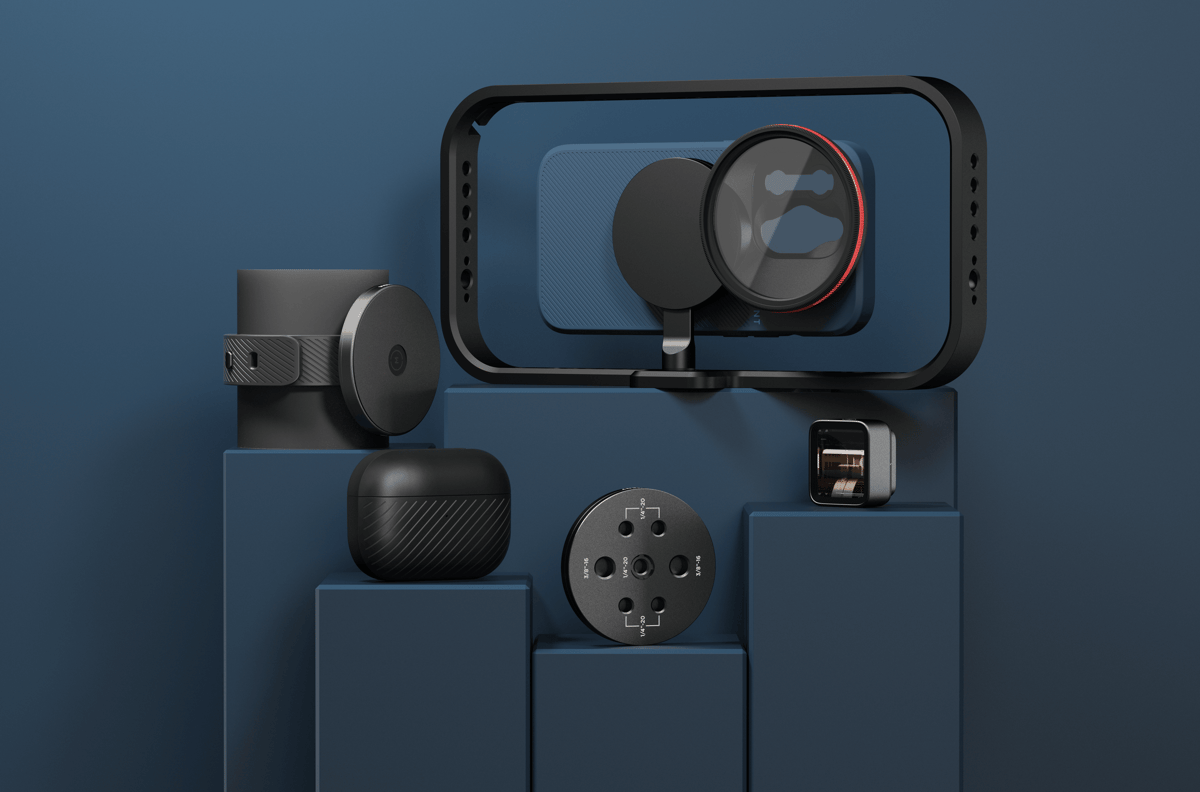