Coaxing the students to name colors, I point to the sky and my sweater. But they mention fire -- the way wood looks as it burns, and what is left after. They reply all at once, a dissonant chorus eager to explain in fragments, and I become their student too-- curious to untangle the crosstalk and find that in their language, Pashto, everything grey is called ash.

The young men I teach sleep among flames. Heaps, half-tended, across abandoned warehouses, which leave less ash than soot, and the coiled rinds of burnt plastic. They collect trash to keep warm, from the ditch beside “The Barracks,” our common name for this haphazard and tragic encampment. A volunteer who once worked in Calais, among many other migrant squats, says here is the worst she’s seen. 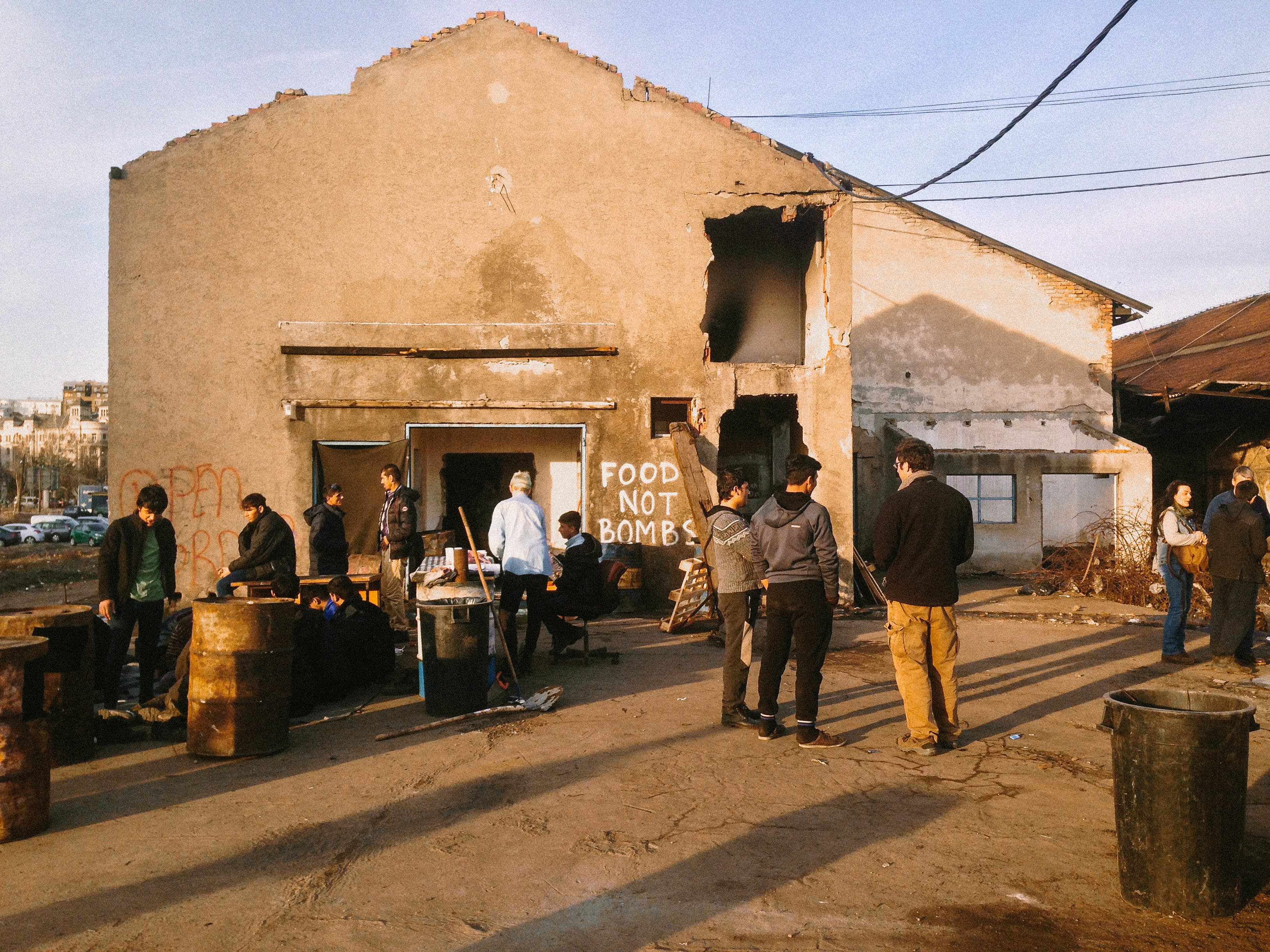 If Calais became a “symbol of Europe’s faltering efforts to handle its immigration crisis,” as The New York Times once declared, then Belgrade’s Barracks are what happens when nobody's watching, in the shadow of a Western world stage. Yet as writer and photographer Teju Cole notes, The Times’ framing of Calais fails to recognize “that this is a crisis for those who must leave home, not for those who receive or refuse them. Europe does not have a migration crisis.” Migrants do. Those caught in the margins are in crisis, awash in evolving disasters. Ensnared in histories that began long before they left home.

“The second problem” with this framing, Cole writes, “is that Europe is not a country.” A fact all too familiar for Serbia, at the crux of old empires, and on the heels of shifting allegiances. Serbia is surrounded on all sides by “Europe” -- with E.U. member states along its edges, west and east. While the pressure mounts in many directions, not all leaders and citizens of Serbia wish to court the E.U. or be included someday (as if pandering to wealthier powers were the only impetus for ethical action). 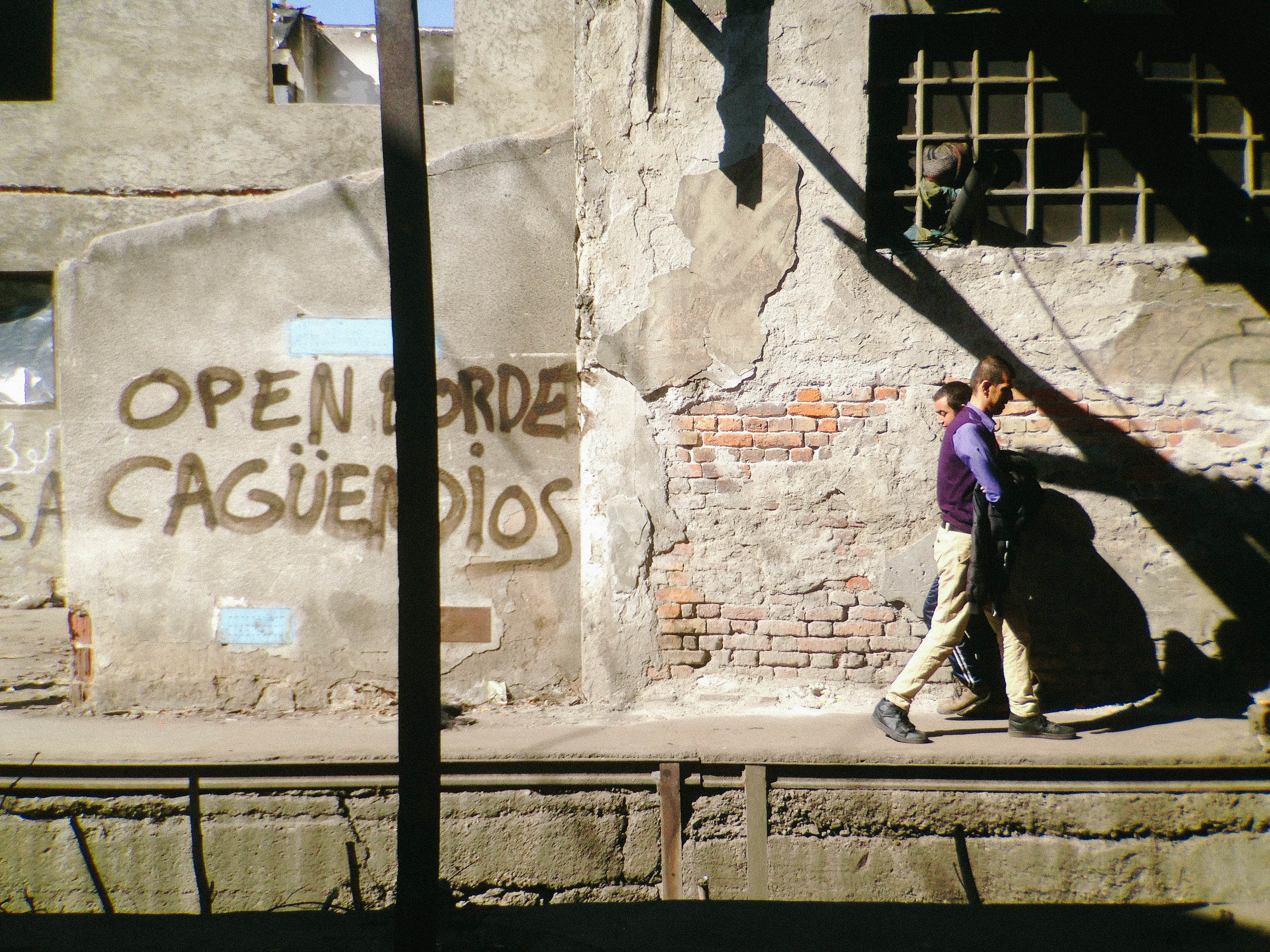 Yet for refugees, Belgrade remains the threshold between the treacherous “Balkan Route” and supposed safety. Once inside “Schengen,” a passport-free travel zone which includes many desired destinations such as Germany and France, the borders are much less policed. In the past year, attempts to enter Croatia and Hungary have become brutal. Between here and there, the only way is to walk or be smuggled.

To walk, they must cross through woods in the night and hope to find a porous point along a razored fence, or have the strength left to scale it. To be smuggled often means standing on the steel bottom of a truck or van, packed as cargo propped by shoulders on all sides as the road beats beneath, a hidden hoard of bodies short of breath. Either way, and ever more often, refugees return to Belgrade beaten, broke, bitten by dogs, their shoes stolen and phones smashed.

Meanwhile, restrictions continue to mount, with the excuse that if states provide any amenities to make the passage safe, more migrants might take the leap. It will send a message back home, and to suffering countries everywhere, that the journey is worth it. That those who flee will find refuge. However, most migrants stuck in Belgrade have no volition to stay here, only to withstand any interim. But the horizon of hope becomes ever less clear. 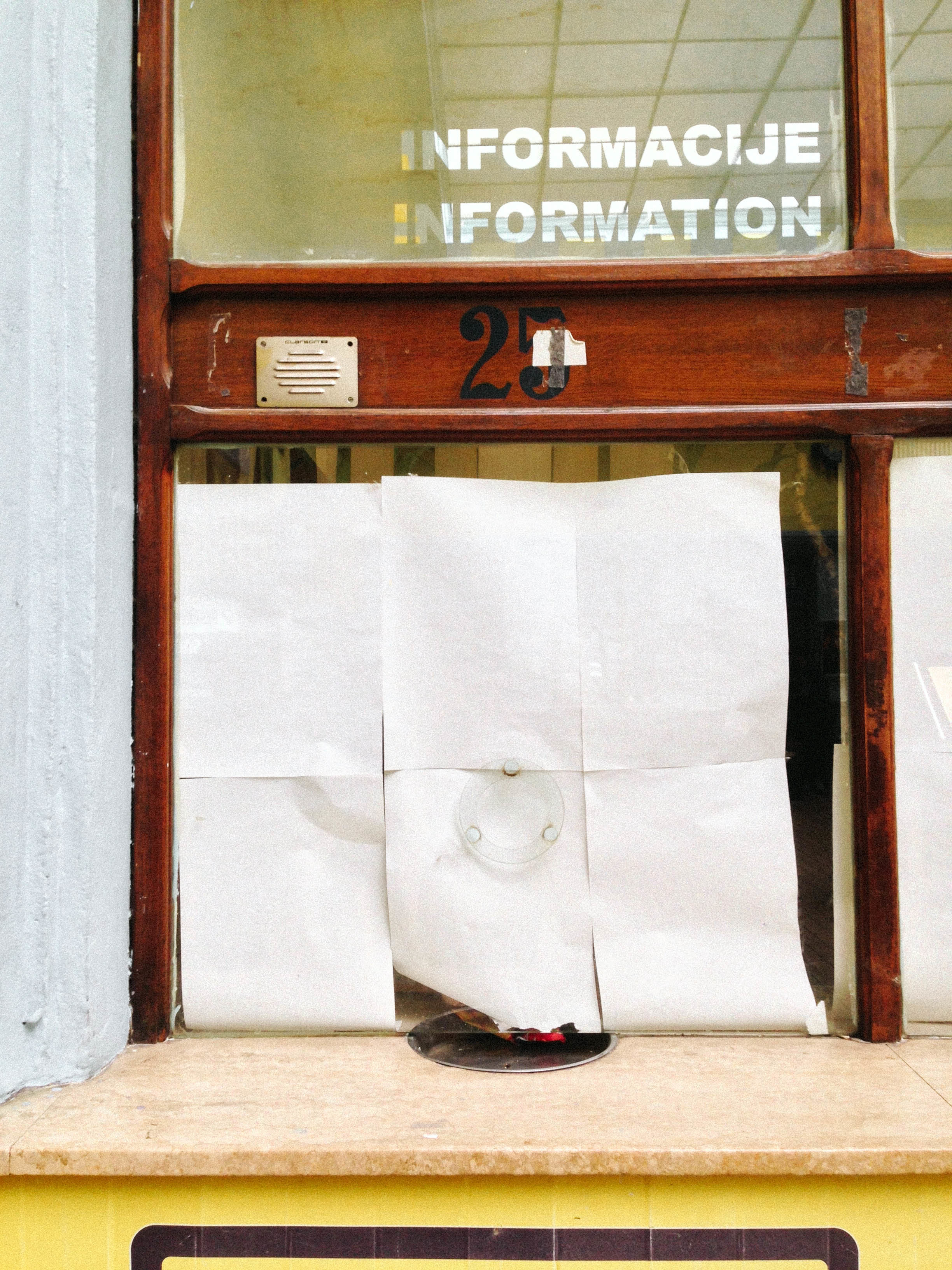 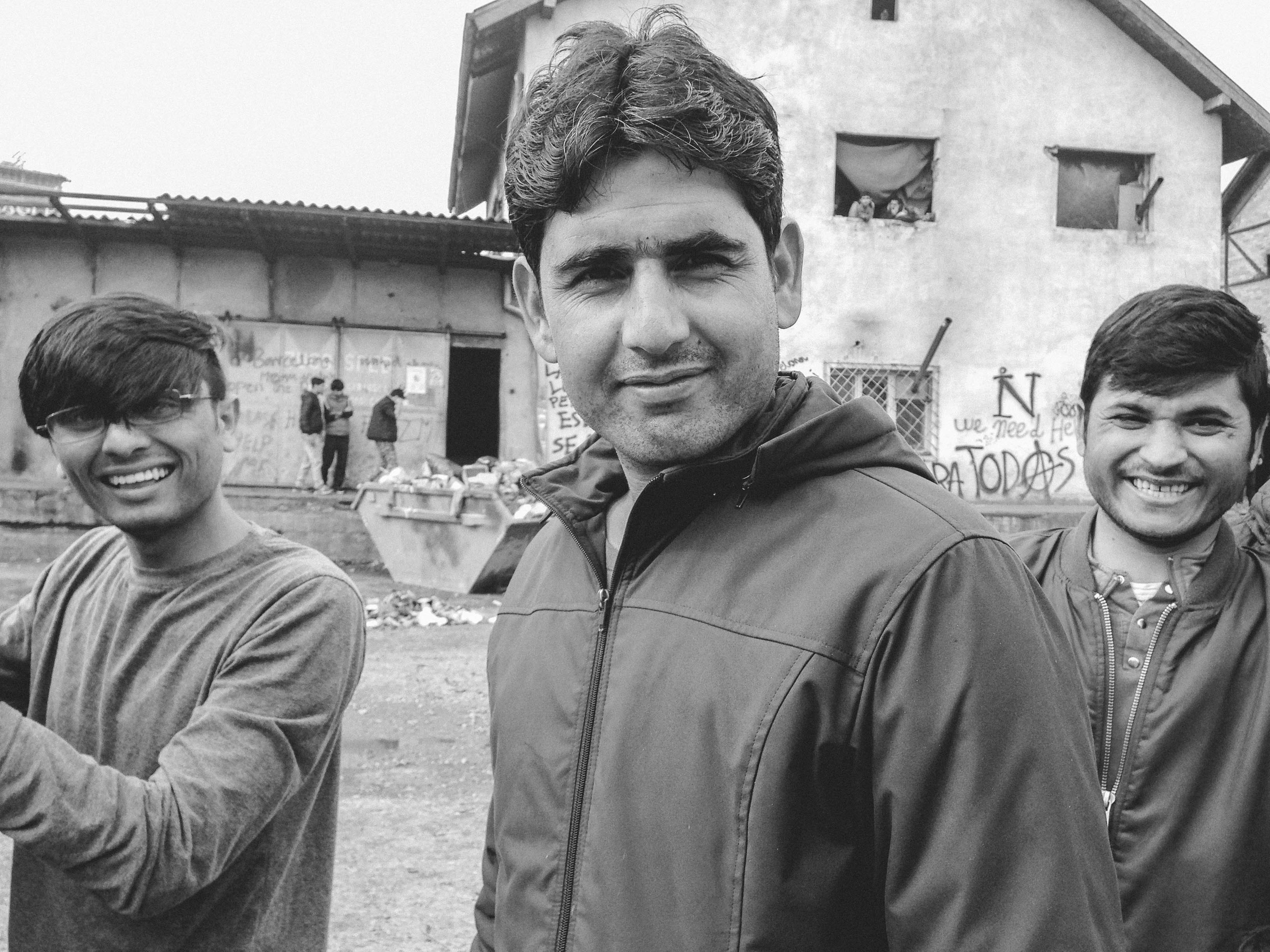 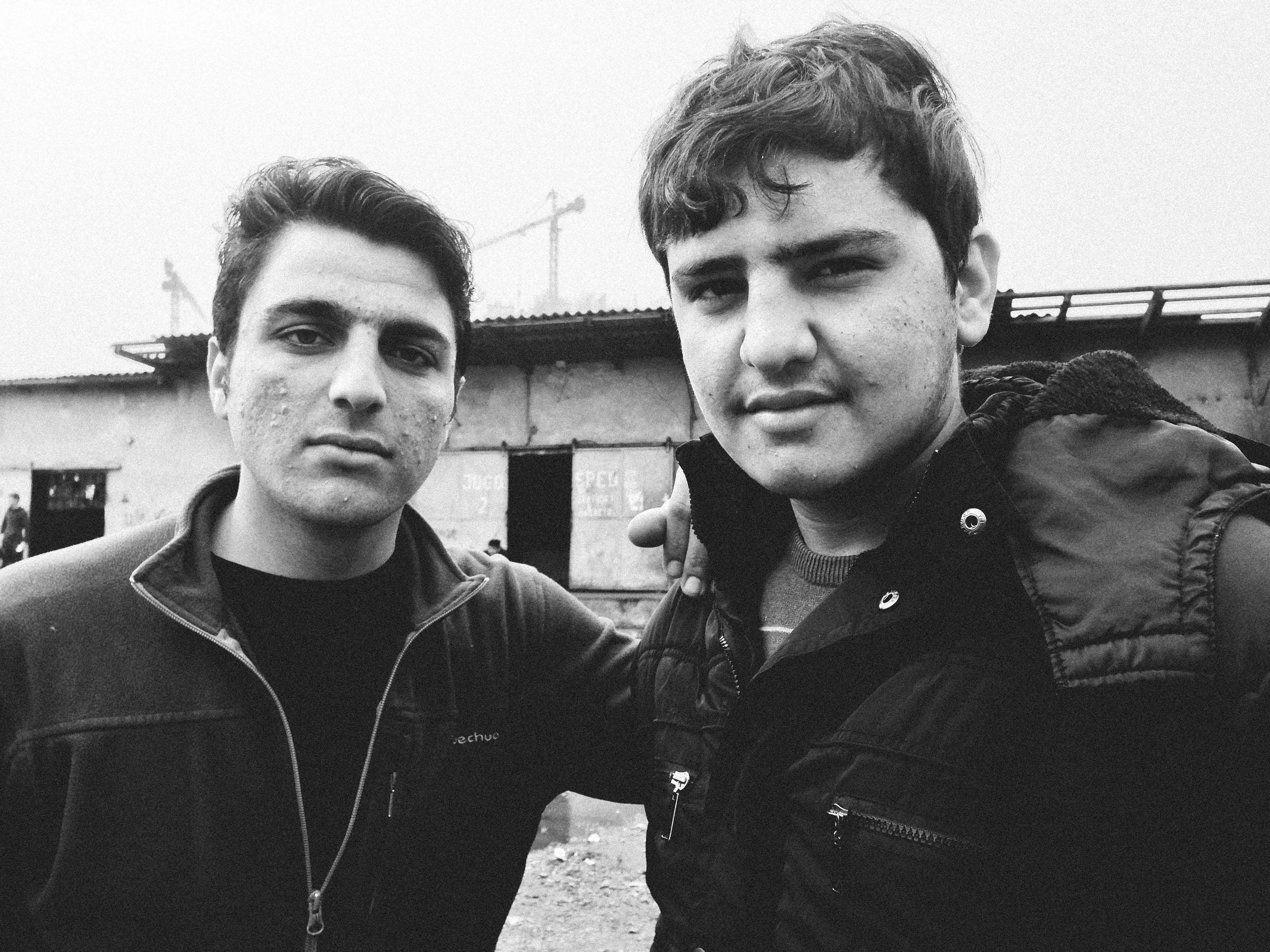 Since November 2016, Serbia has illegalized most humanitarian services outside the camps, above all, in Belgrade. Here, the refugees’ food has been reduced to one meal a day, and it comes from a resilient aid group willing to risk tension with the police (who lurk by the Barracks to keep migrants hemmed in, but are otherwise cautious to interfere). Lunch is served in a long line, in a styrofoam box, which at night, will seep toxic fumes and char in the cold.

While empty food boxes crumble underfoot in the Barracks, bulging boxes of books arrive at the organization where I teach English. But I hear we ought not give them to the refugees, and wonder if it’s the reading level, or too much dead weight. I am told, rather, that any books we hand out would most likely be burned. Words used as wood, by the migrants. I am struck by the sole instance I had ever encountered when burning books bears any such innocence. At least their lit pages would turn grey, to more breathable ash, I would hope. 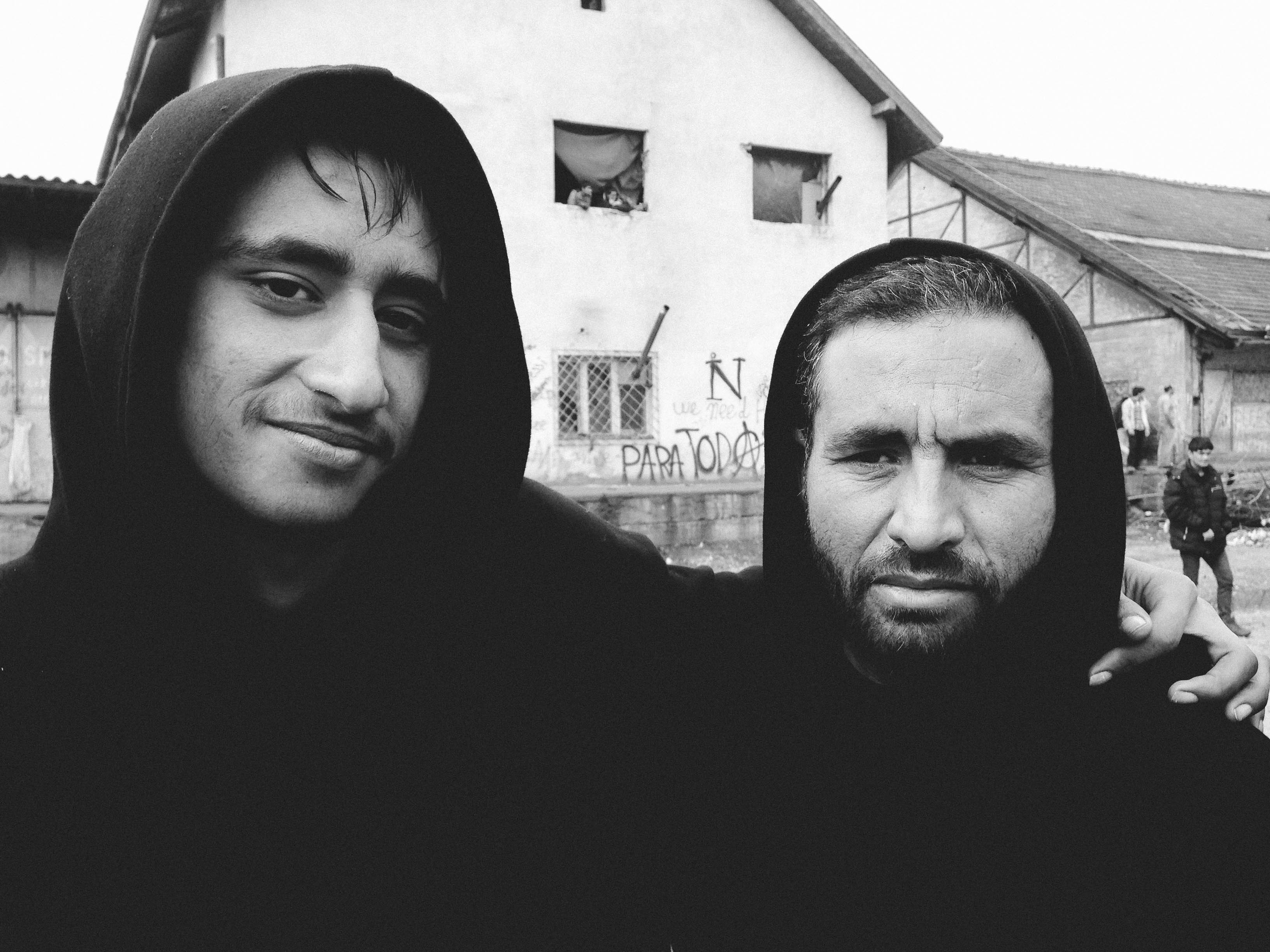 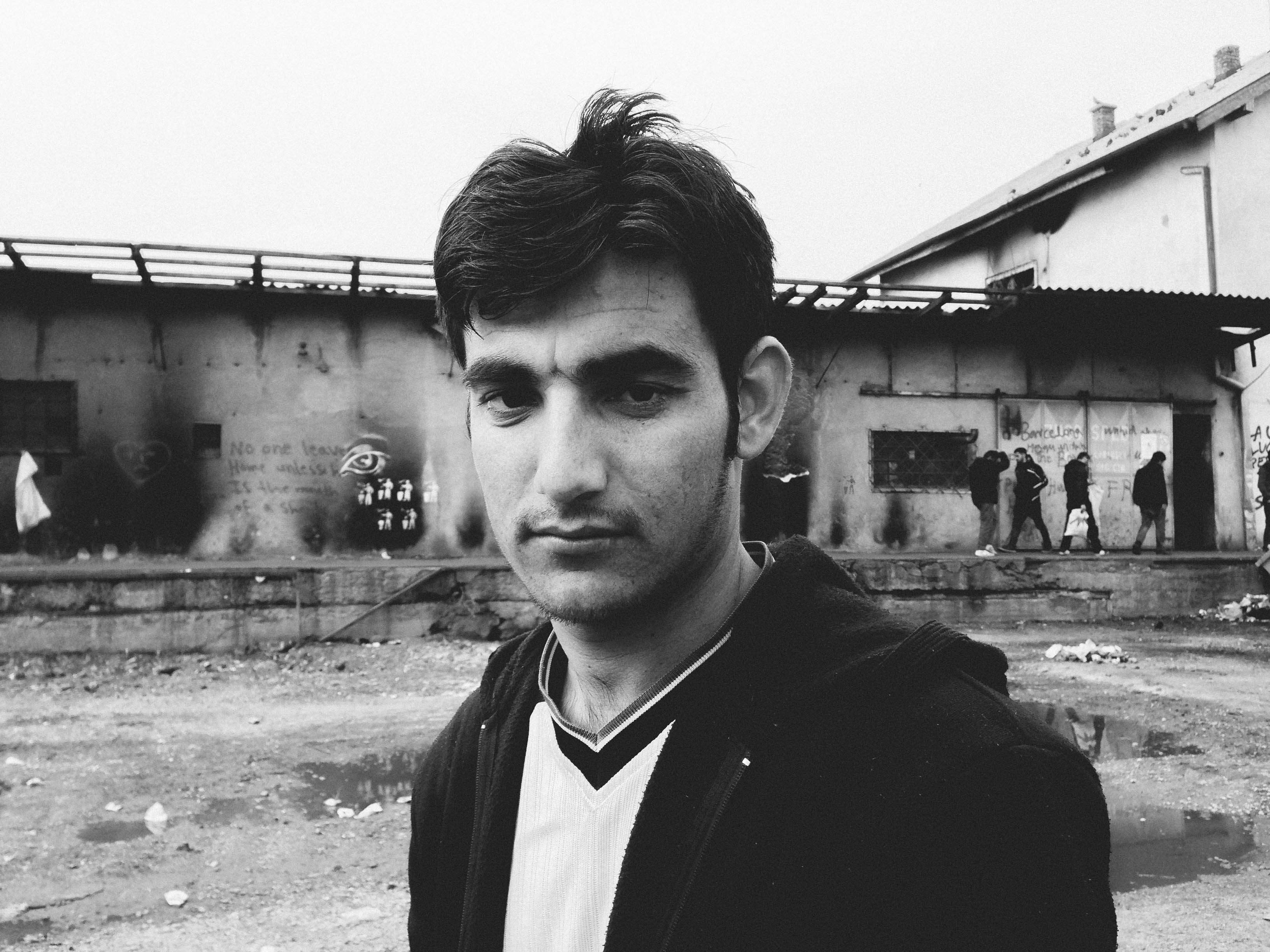 In one form, the abuse of power itself burns books, and in another, it leaves lives paper-thin. In all cases, it conspire to make voices unheard. As Serbian author Branko Anđić explained the title of his book, The Size of the World, "The saying, 'Out of sight, out of mind,' is a perilous, primitive lie told by the small town mentality in us, the mentality that shies away from strangers and that equates what is unknown with all that is hostile and threatening. The breadth of an ocean or a mountain or the distance to a city or continent gives no one the right to stop loving those on the other side." The size of the world, he wrote, is in the end, completely subjective. And depends, above all, on who we include, and how far our vision extends beyond what’s in plain sight.

The size of the world varies, and is visible in the poignant project a volunteer showed me on his blog, “The Foyers of Europe.” He had asked several of the migrants to draw the world as they knew it, from school or experience, with no reference but their own mind or memory. The migrants’ “Surrealistic World Maps,” he called them, touched to the very heart of what the French artists who invented the exercise in the 1920s intended, “as a political protest against European colonialism and American hegemony.”

In the refugees’ rendering, many countries are lopsided, whole continents absent, but often the weight of their journey is clear-- there are vast stretches that show the terrains they crossed, wide lands where they wait, and the distant geographies they wish to reach. However near their imagined home lies beyond the boundary of “Europe,” they remain in a holding place. A pattern of precarity, with endless unknowns. Here, distance becomes a measure of time-- relentless, indefinite-- and arrival, a matter of hope. 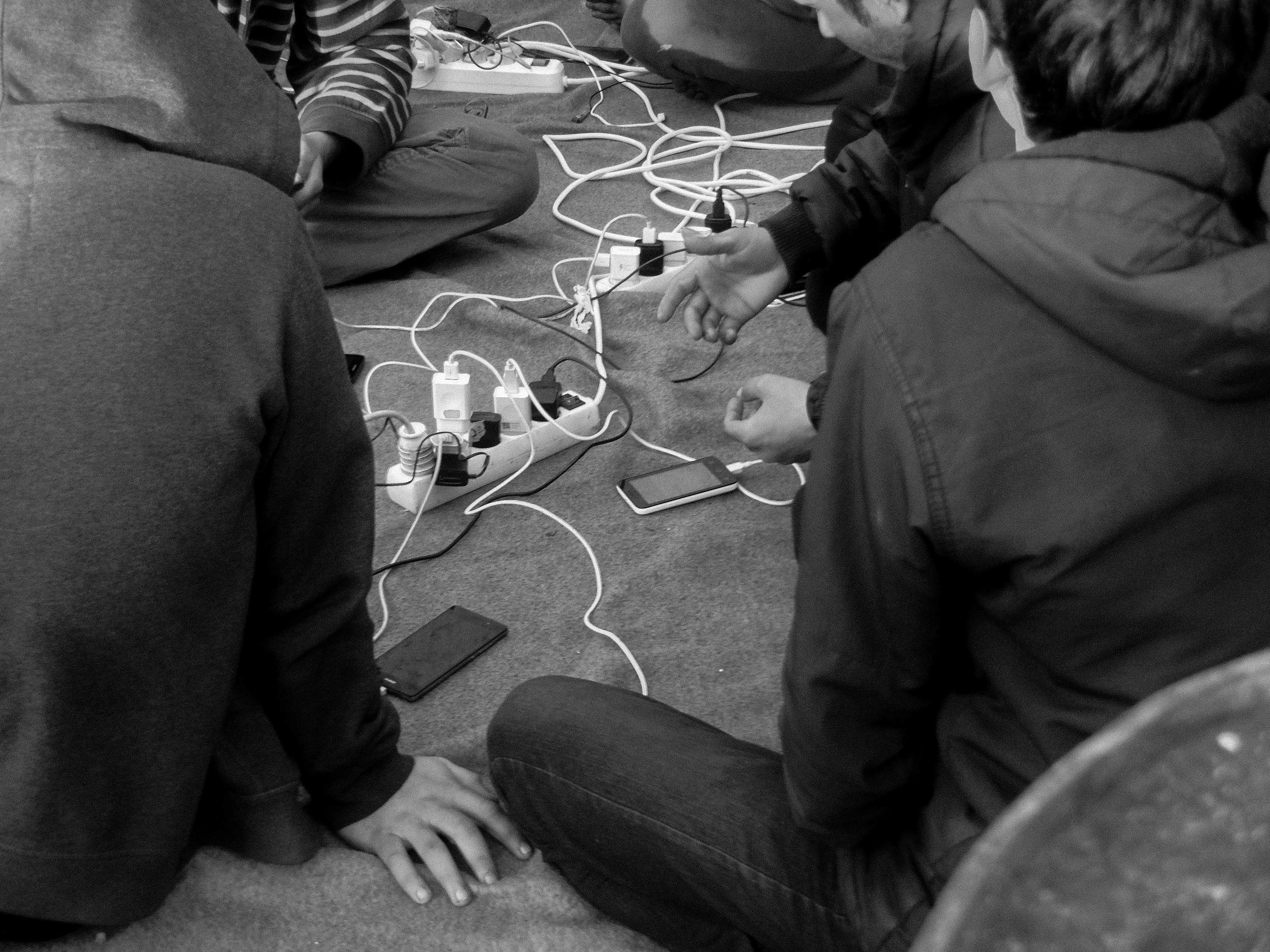 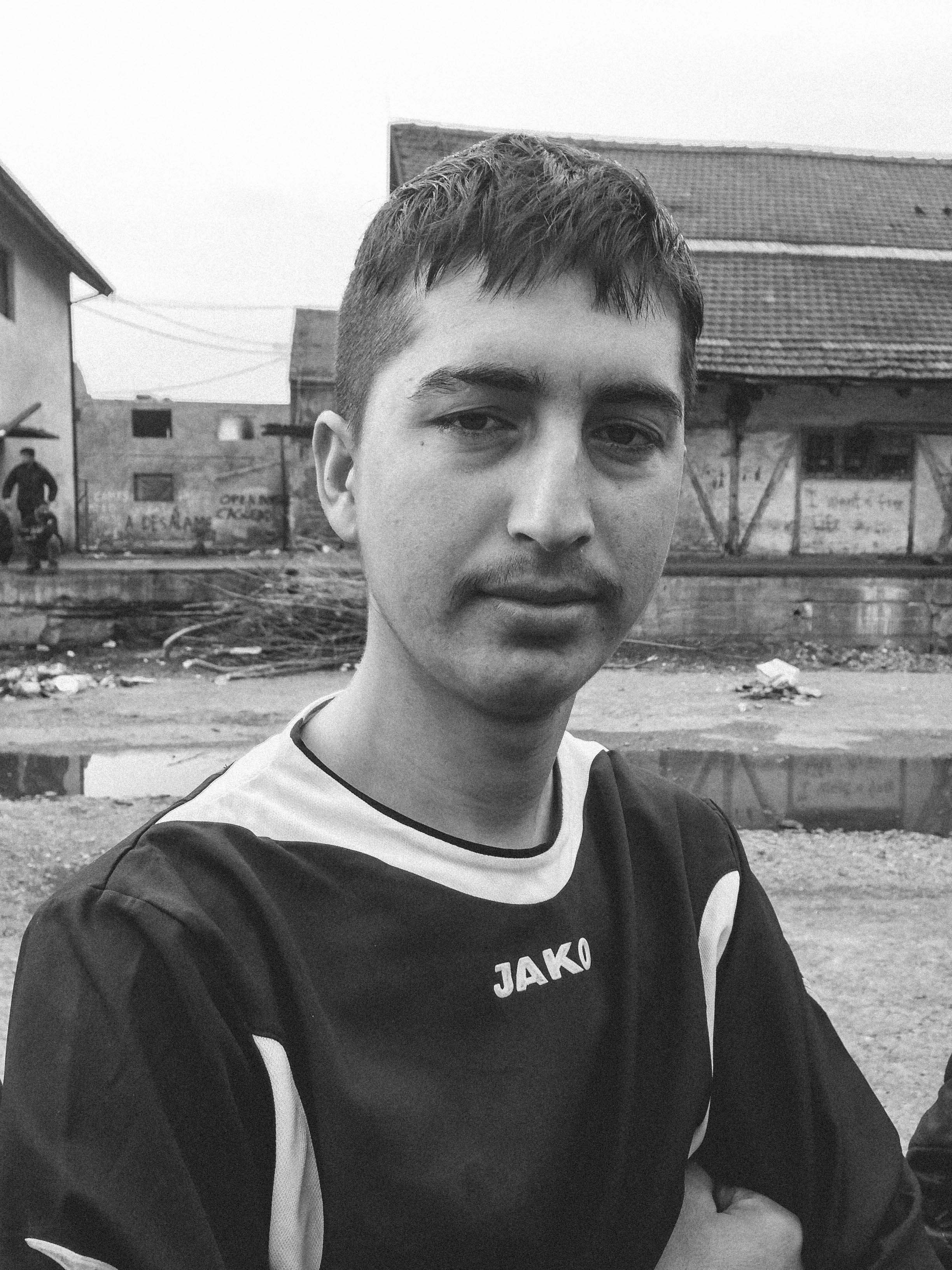