RODE has been making audio gear for creators all around the globe for the past several years. However, it was only recently that the brand launched their first generation of a wireless microphone set — the first RODE Wireless Go. However, they have now taken a giant leap forward with their second generation of wireless microphones, i.e. the RODE Wireless Go II. RODE Wireless Go II comes with a single receiver and two transmitters to record audio from multiple sources and pass it at once through the receiver to the recording device. This new setup makes it incredibly easy to record multi-source audio — which previously required additional work.

RODE Wireless Go II is an affordable set of wireless microphones that can change how you usually record audio. Simply clip the microphone onto the shirt you are wearing with the built-in clasps. If you choose to not use the clips, simply attach to a cold-shoe mount. Both the transmitters and the receiver offer the same clasp system for whichever preferred method. Additionally, RODE offers a decent collection of Wireless Go II accessories to enhance these microphones’ usability.

Having internal recording on both transmitters is a lifesaver. With the wireless mics, you’ll often lose the connection or have interference ruining the audio recorded via the receiver. However, as we have a continuous, high-quality internal recording on the transmitters on the Wireless Go II — you’ll never need to worry about any of these issues.

It doesn’t matter what device you are willing to use these microphones with, as they are compatible with everything. You can easily record audio on the camera, smartphone, tablet, or computer using relevant cables. Just get a compatible cable to record audio on your device — and you are good to go.

RODE Wireless Go II is compatible with the RODE Central App as well as the RODE Connect App. With this capability, RODE is now providing over-the-air software updates to the microphones, allowing them to add more features and even resolve the minor issues you might face. Software updates are making the Wireless Go II future proof for years to come.

The RODE Wireless Go II will act as an excellent setup for those looking for a two-person audio setup to record anything from professional interviews to casual podcasts. Additionally, you can use the same mic for a single-person audio setup that can include some client videos or even YouTube videos. These are all-rounders and will work well for almost everyone!

A microphone is a necessity for a creator in the video industry. Videos are incomplete without quality sound and music. Some may get away with the internal recording on their cameras (but you really shouldn’t), while some prefer to have a shotgun microphone mounted on a boom stand. Some might also mount the shotgun microphone on top of the camera to carry it around. However, if one wishes to record crisp and clear audio from multiple people at once — while also being on the go — these setups won’t be sufficient. That’s where the RODE Wireless Go II comes in.

RODE Wireless Go II offers a capable system of recording the audio from two different sources simultaneously, and it does so with excellent precision. If you want to shoot interviews or podcasts, these act as a fantastic tool in your camera bag. If you wish to have that freedom of moving around the frame without compromising on the audio quality, it’ll perform swimmingly. This will ensure you can shoot vlogs or skits without having a clunky microphone protruding from the top of your camera.

While this is just the second generation of the RODE Wireless Go, it feels a lot more polished and is almost just as perfect. In addition, the weight of the transmitters and receivers is less than 32g, which makes it highly convenient to carry around or attach to your shirt.

This set of wireless microphones uses a Series IV 2.4GHz digital transmission to transfer the audio from the transmitters to the receiver, enabling you to connect via TRS cable. With the 2.4GHz connection, you’ll have a range of up to 200 metres when you are in the line of sight, i.e. without obstacles or having your back facing the camera. RODE laso provides this connection with 128-bit encryption to transfer the recordings securely.

With the RODE Wireless Go II, there’s an option of inquiring built-in recordings right in the transmitters. This is possible with its added internal storage, encouraging users to hold backup recordings.

The Backup option will only record the audio once the transmitters are connected to the receiver, but this allows you to choose between two different types of quality. One is broadcast quality, the other is compressed. You can have the higher broadcast-quality recording of up to 7 hours, while the compressed quality recording can be 40+ hours. If you select to have the Always On option, you can only record the broadcast-quality audio of up to 7 hours, which is often preferable.

As we now have two transmitters on the Wireless Go II, it is possible to select between two different recordings via the Split and Merge modes. With the Split Mode, the audio from two transmitters will be recorded in different channels, i.e. left channel for the first transmitter and the right channel for the second transmitter. Split Mode is the mode that you will need to be in to record the audio from multiple sources, i.e. having it clipped onto two different people. When you have it in this mode, you get better flexibility in mixing and post-processing the audio individually.

If you only want to use a single transmitter or the audio to be ready to go right from the recordings, you can opt for the Merged Mode. Merged Mode will merge the audio from both transmitters and be available in both left and right channels. But as the recordings are combined from the beginning, you won’t have much flexibility in the post. However, Merged Mode also unlocks the possibility of enabling the safety channel, enabling a backup recorded at -20dB.

Rode Wireless Go II also comes with two different options of setting Gain Levels - Coarse or Fine. With the Coarse setting, you will be able to select the gain levels in three stages: high, i.e. 0dB, medium, i.e. -12dB or low, i.e. 24dB. However, if you want to have more refined controls over the gain to reduce the possibility of clipping, it is recommended to select the Fine option. The Fine Mode will allow you to set gain levels in ten stages from 0dB to -30dB.

While you can set these gain levels on the microphones themselves, it is essential to note that this will only be effective while having the 3.5mm TRS output. The Wireless Go II is also capable of digital output via USB-C Port, though the gain levels for the digital output needs to be controlled via the recording software only.

The same USB Type-C Port - that is used for digital output can also be used for charging all the devices included in the set. All the transmitters and the receivers are small in size - but can still have a battery life of up to 7 hours; an impressive feat. The TRS cable is included in the box, too, alongside three windshields to reduce wind noise.

RODE has added the capability of muting either of the transmitters whenever needed; prompting you to mute one of the audio sources with ease. Fortunately, you can also add markers to the audio recordings right from the transmitters. Markers, as we know, make editing much more cohesive during our post-processing.

RODE Wireless Go II is a feature-packed, versatile and affordable option for dual-channel wireless microphones, meeting the needs of almost every creator. So, it doesn’t matter if you are just starting or want to expand on your professional recording gear; the Rode Wireless Go II will suit your needs well!

How great is the audio?
Muffled What You'd expect Clear Super Crisp

The life of battery for the audio set.
Sucks Not Bad Good Lasts Forever

What is it made out of and how does it feel / function?
Cheap What You’d expect Solid Top of the Line

How easy it is to pack in a bag.
Fits in Fanny Pack Backpack Straps On Backpack Large Duffle Bag

There are many accessories one can use alongside the Rode Wireless Go II to expand usability. One of the more essential ones being lavalier mics. Both the transmitters of the set come with optional input of lavalier mics that can be attached to one’s person as a wireless transmission.

Also, there are other accessories like Interview Go and MagClip Go which can be utilized for various scenarios. The RODE Wireless Go II has universal compatibility, making this bay boy as versatile as can be.

The RODE Central and RODE Connect App allows user to access and maintain a comprehensive list of features for the microphones. By having compatibility with these apps, RODE can provide OTA updates to the microphones over a long period, making them future proof as different features may be added. 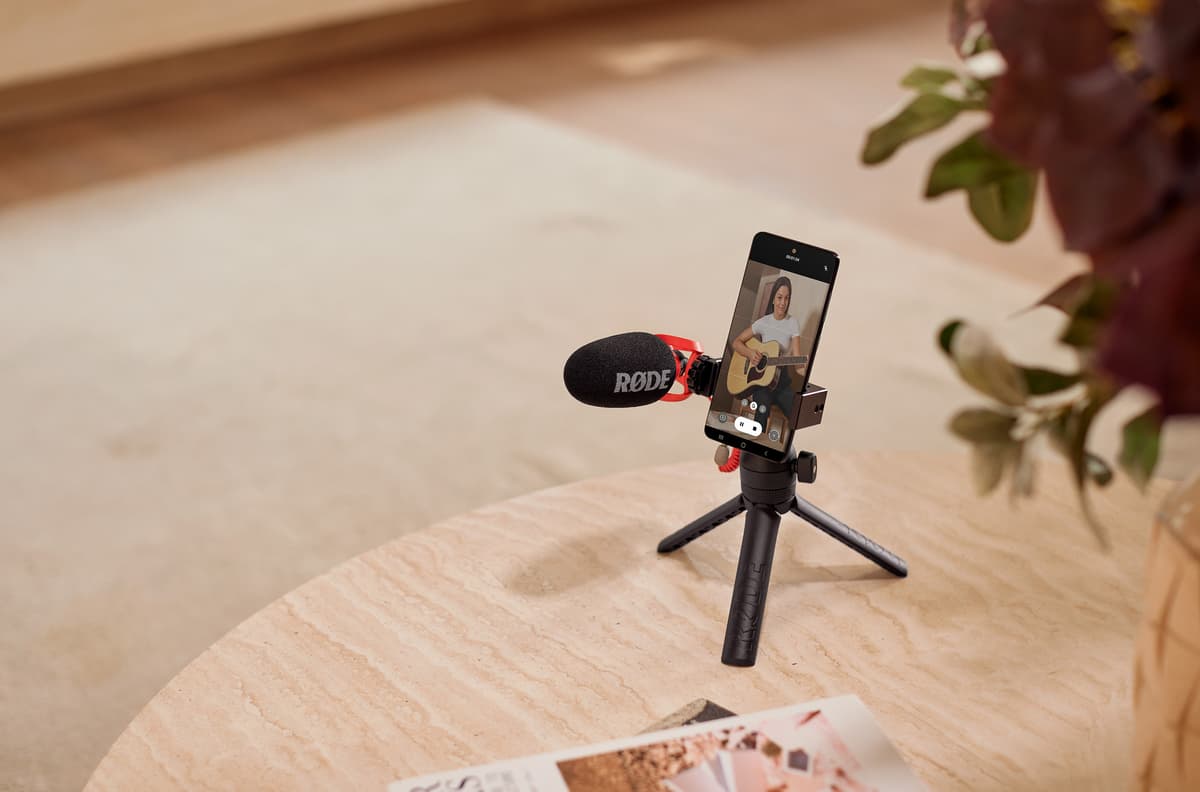 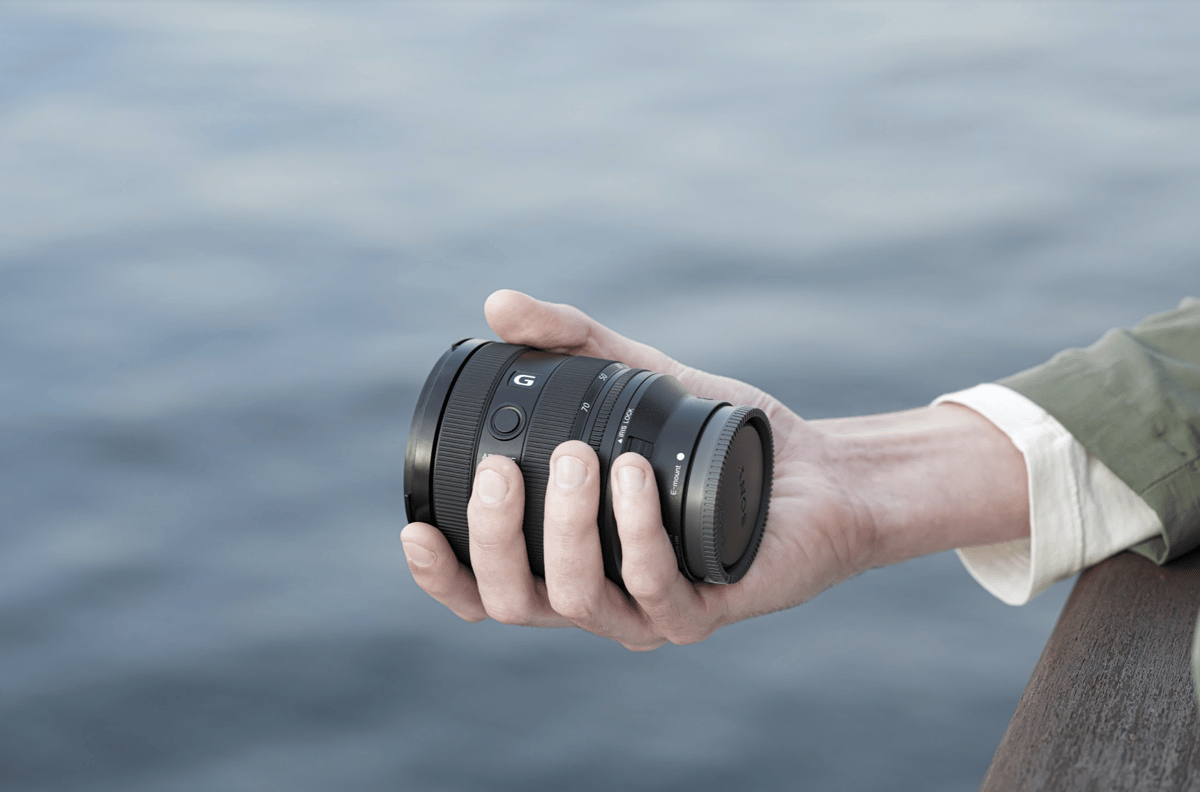 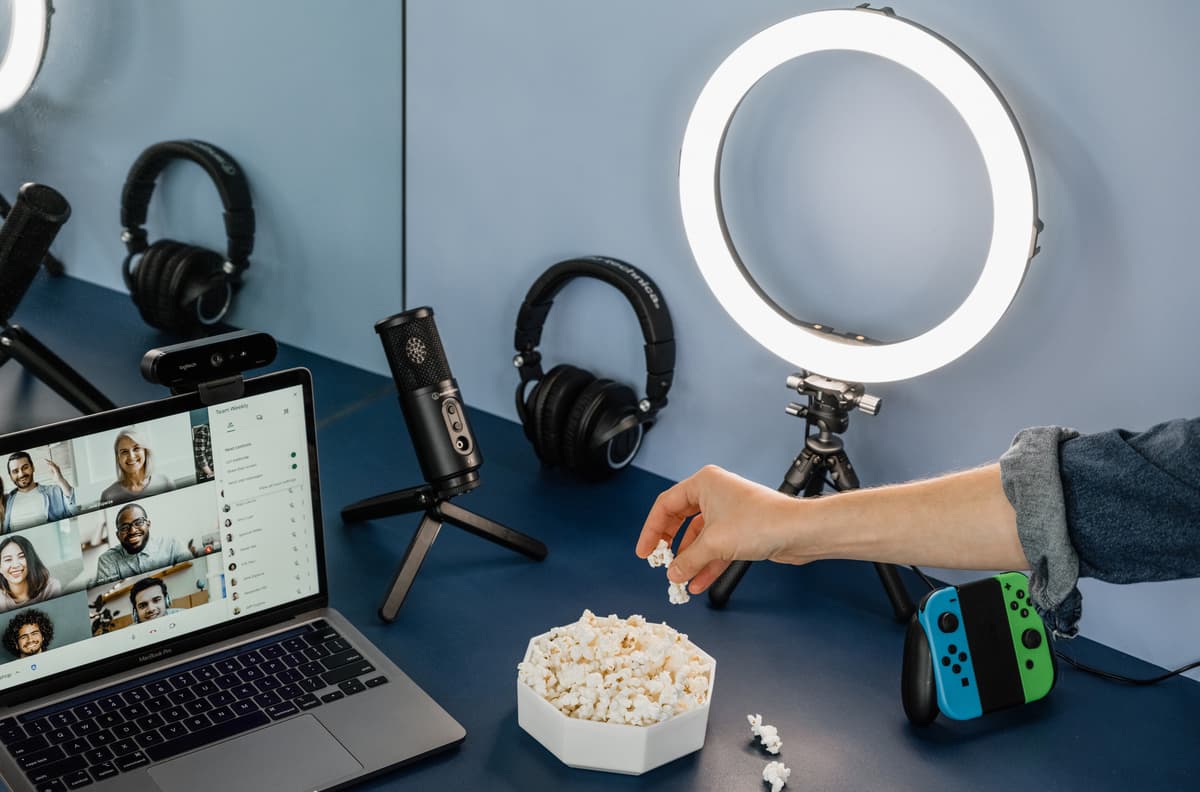 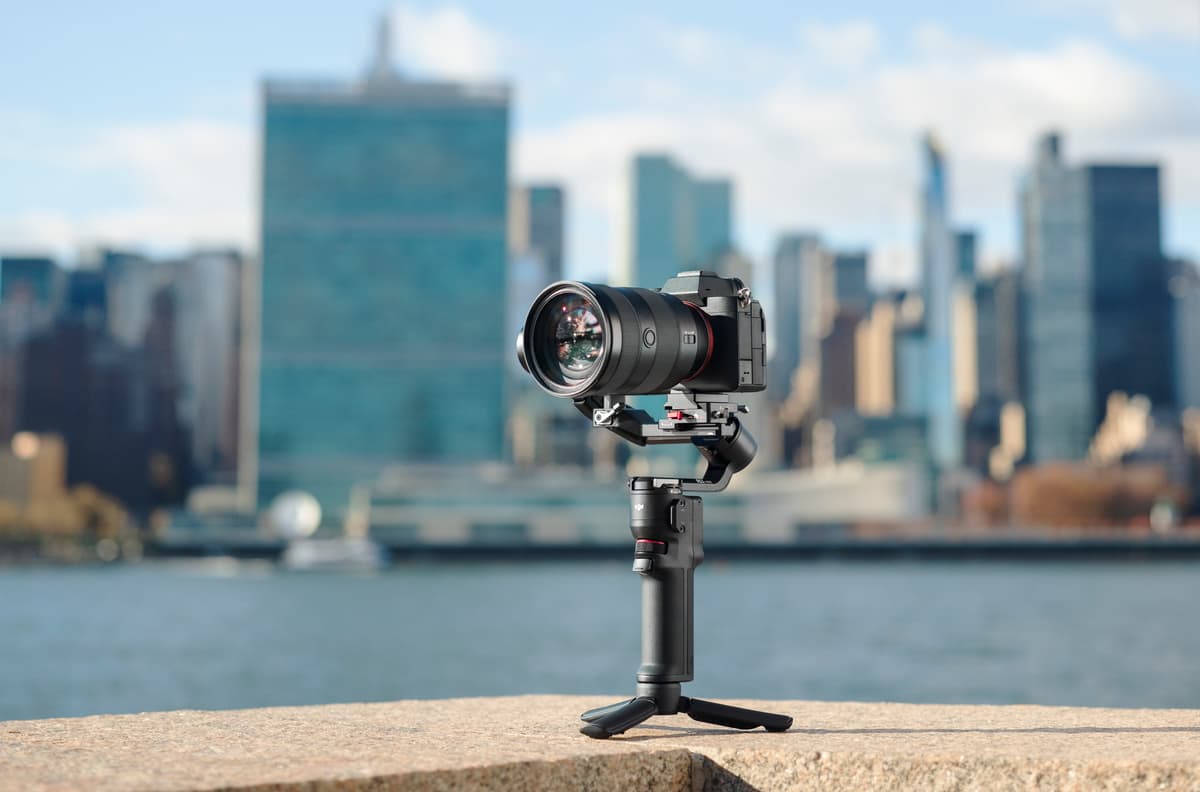 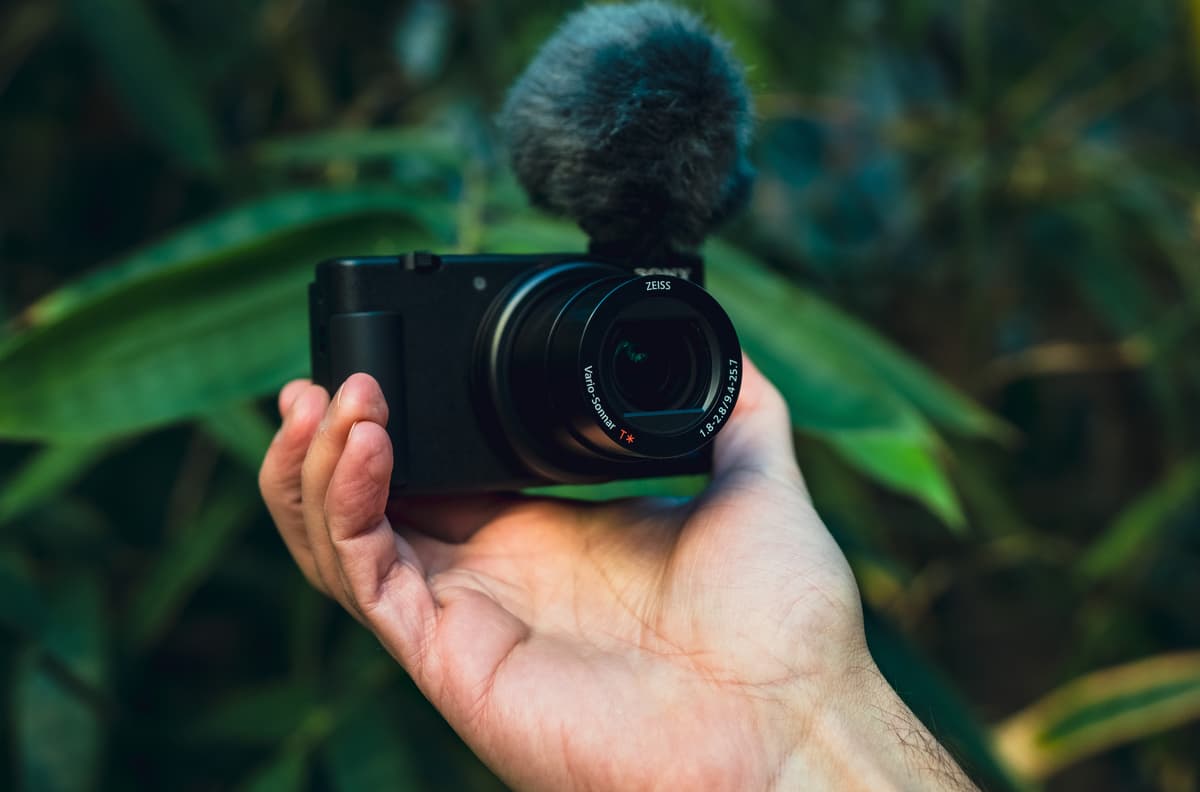 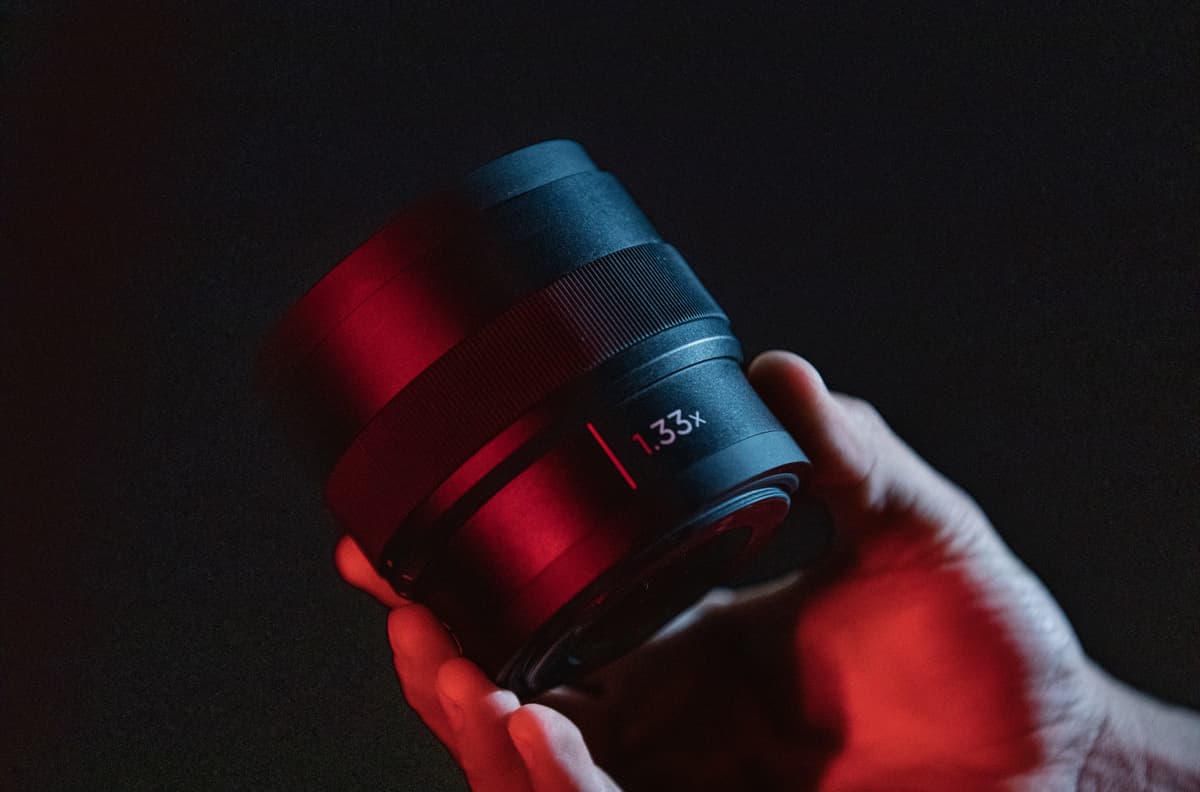