120 miles of track, winding through 179 different stations…the Tokyo Metro is one of the largest people systems in the world. Supporting 33M people, this giant network is a quiet, passive buzz behind the bright lights of the world’s largest city. And it represents a photographer’s dream.

I have always been fascinated by the movement of people. How they commute, travel, and move, both as a single system and as millions of unique individuals. The pulse of that movement is often missed when living in your own city, but becomes abundantly clear when you are a stranger. And as a South African, without a daily subway commute, I was intrigued from the minute I entered the first subway car.

No internet connection and therefore no temptation to become distracted by my phone, i just watched. Moment camera in hand I let the tracks take me deep under the city of Tokyo. Winding, watching, and shooting. 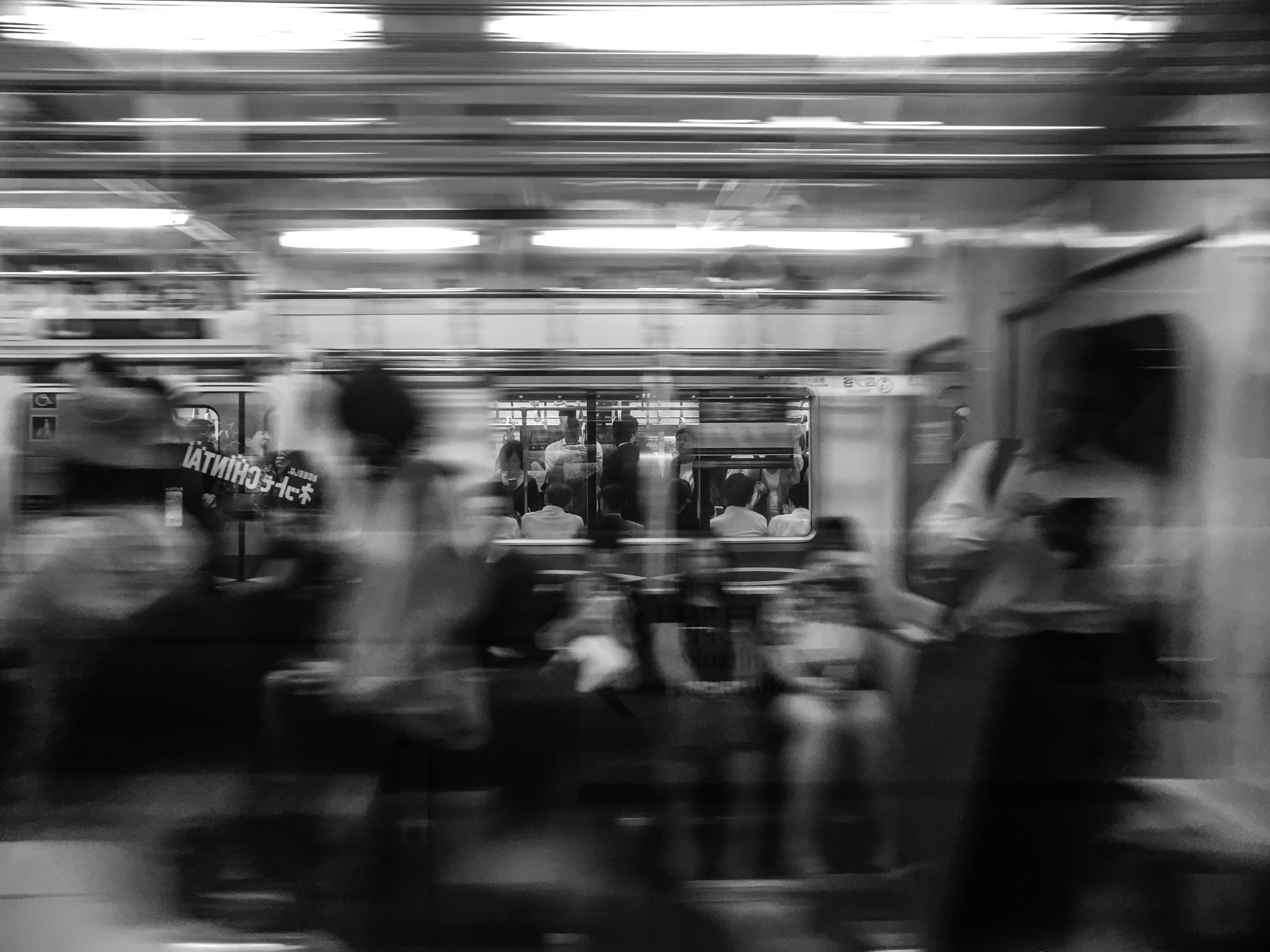 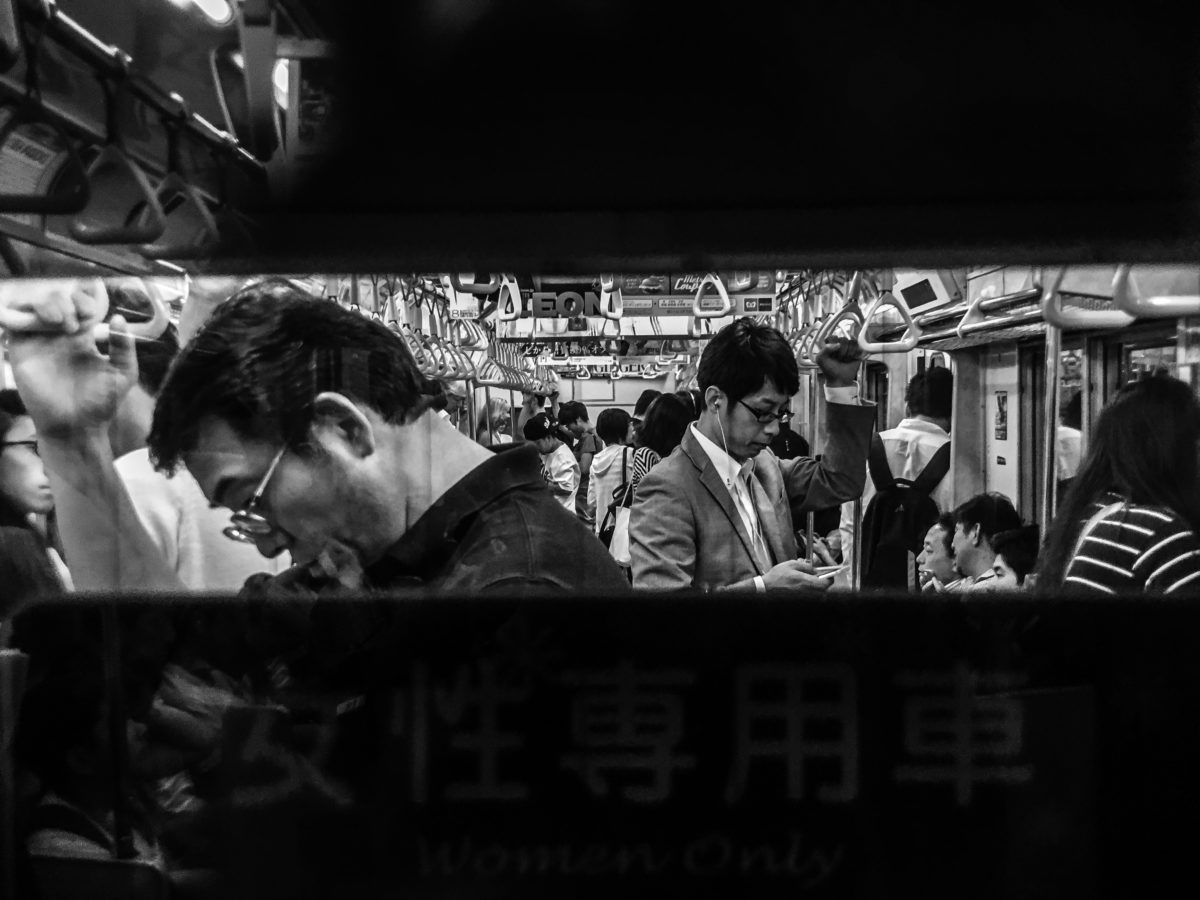 There is a steady rhythm to the Tokyo Subway. It takes a minute to recognize its silent zeitgeist but as you let the train wind through the underground, you begin to notice that everyone is part of a common thread. The pace of the people almost matches the speed of the subway. Enter, ride in silence, stop, exit, and repeat.

As a foreigner, I just let my body melt into the hard plastic seat beneath me. Hoping to blend in, shoulder to shoulder, with the millions of people who rely on these rails for their daily existence. Sitting there, I found small moments that emerged as I passed by hundreds of people on their daily commute. I caught a glimpse of Tokyo residents’ in their walks of life and somehow, in it’s own unique way it was truly beautiful. I was a witness to the innocent citizens of Tokyo, the kids on the trains, my fellow riders and unique subjects. I found that people would control their every movement, as if it were a precise action that was integral to their day..flowing in an orderly manner. And as people entered and exited, the passing glances were touches of visual reassurance that even in its foreign place, it would be ok. 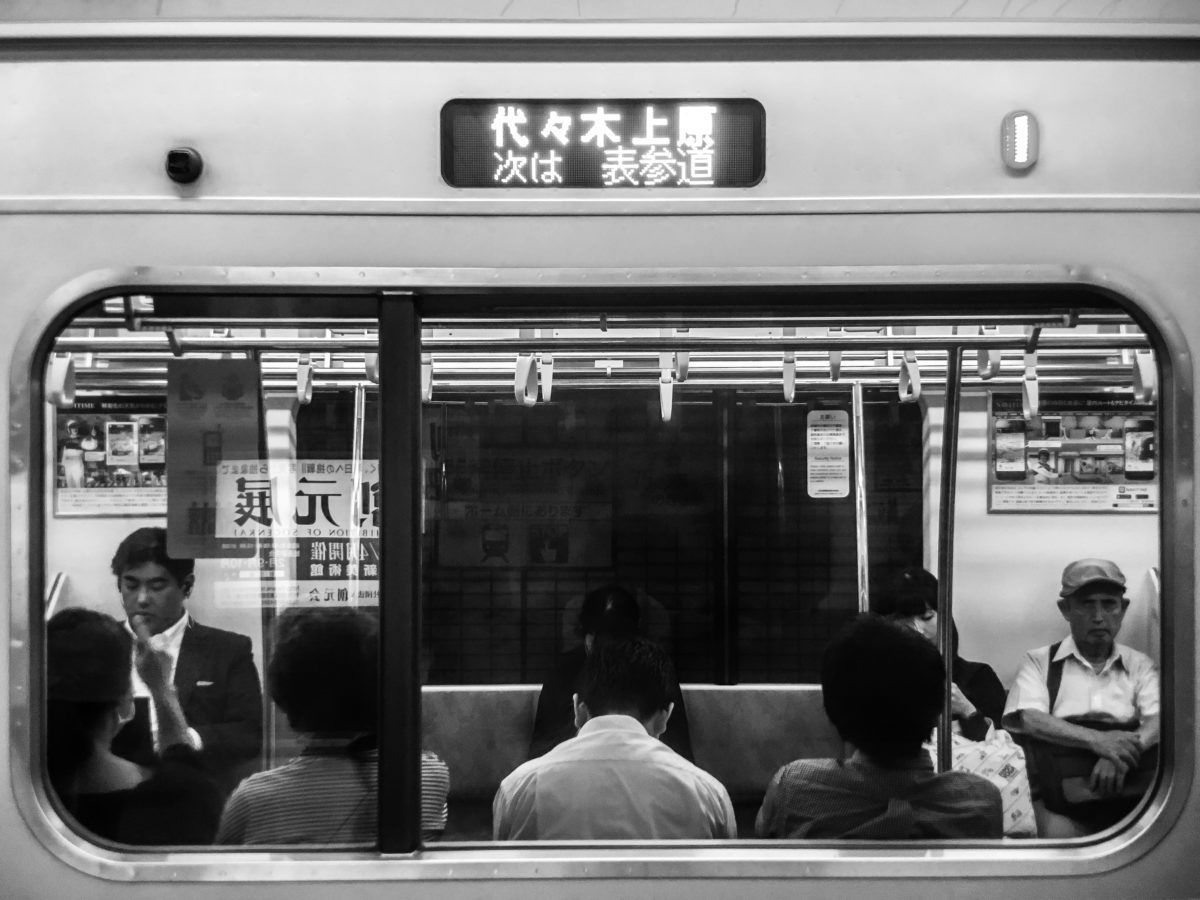 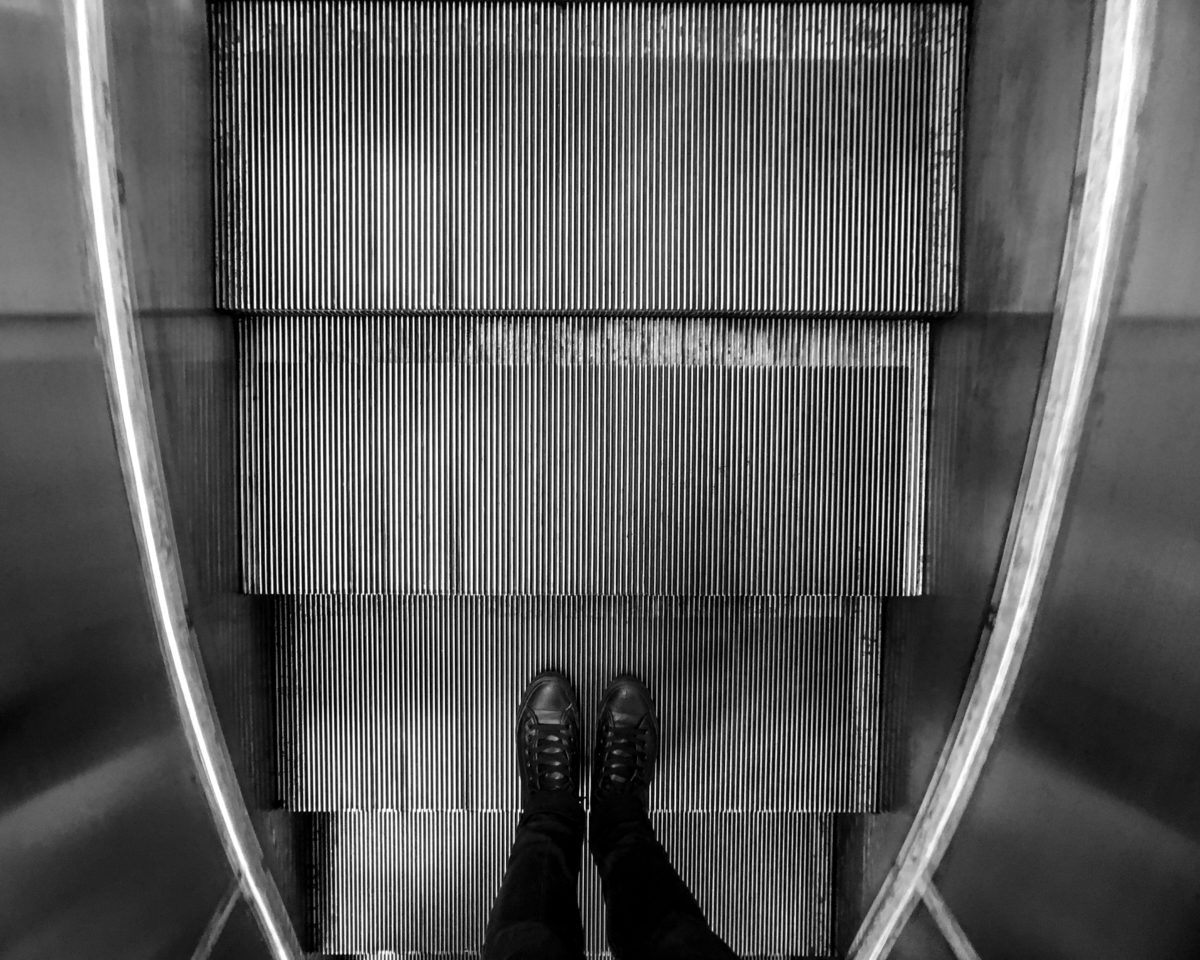 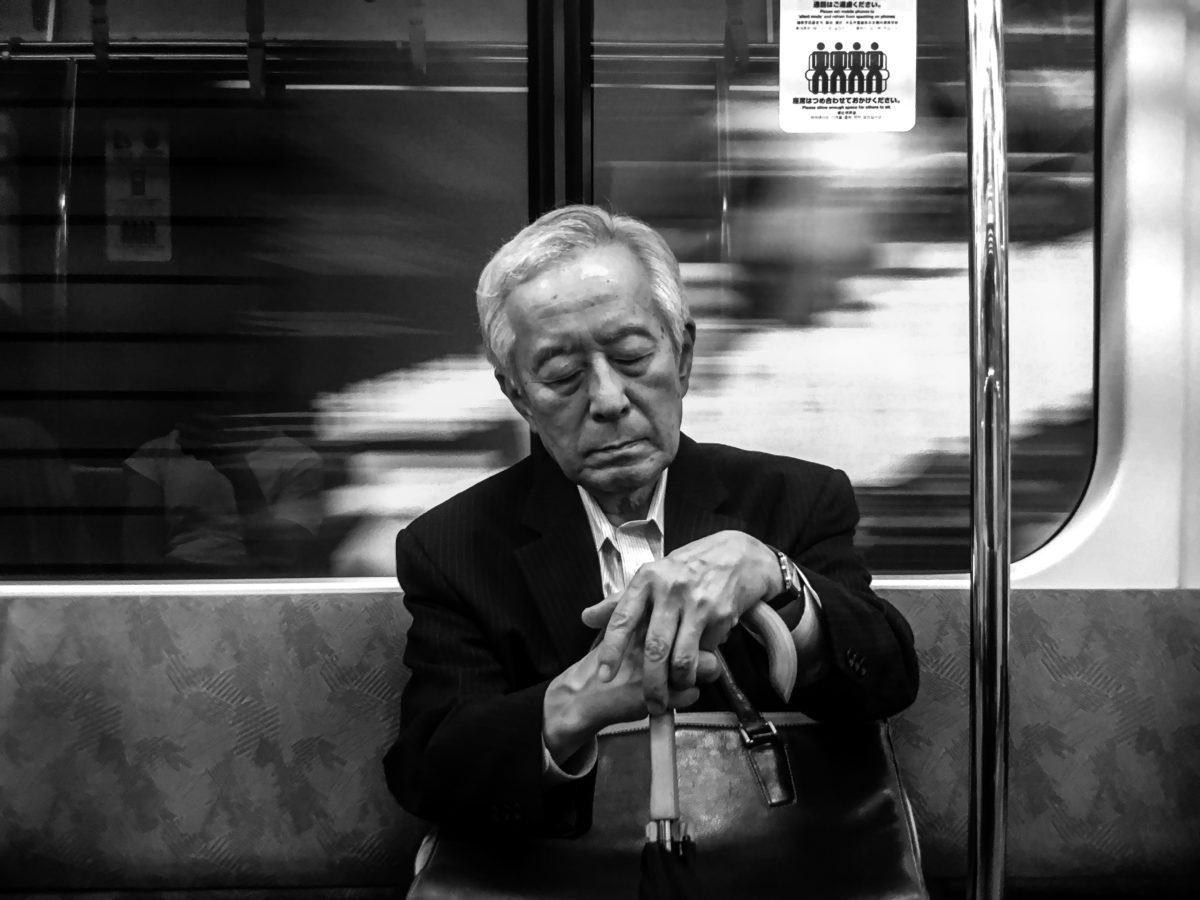 Passing in and out of tunnels you begin to notice the abundance of reflections around you. The bouncing lights begins to meld the inside and outside of the train as if one continuous scene. With reflective surfaces being one of my deepest creative passions, I just watched as hundreds of reflections passed at increasing speeds. The results are some of the most intriguing visual layers I have ever seen.

Passing trains are heard and felt as the floor vibrates underneath you. The warmth of the light is interrupted as you pass through a tunnel, each part of the journey is different – and each passing character takes a bit of that experience with them as they arrive at their destination. These reflective moments, created a world where my eyes became the director of a fantasy and in this visual space anything was possible…everything was true. 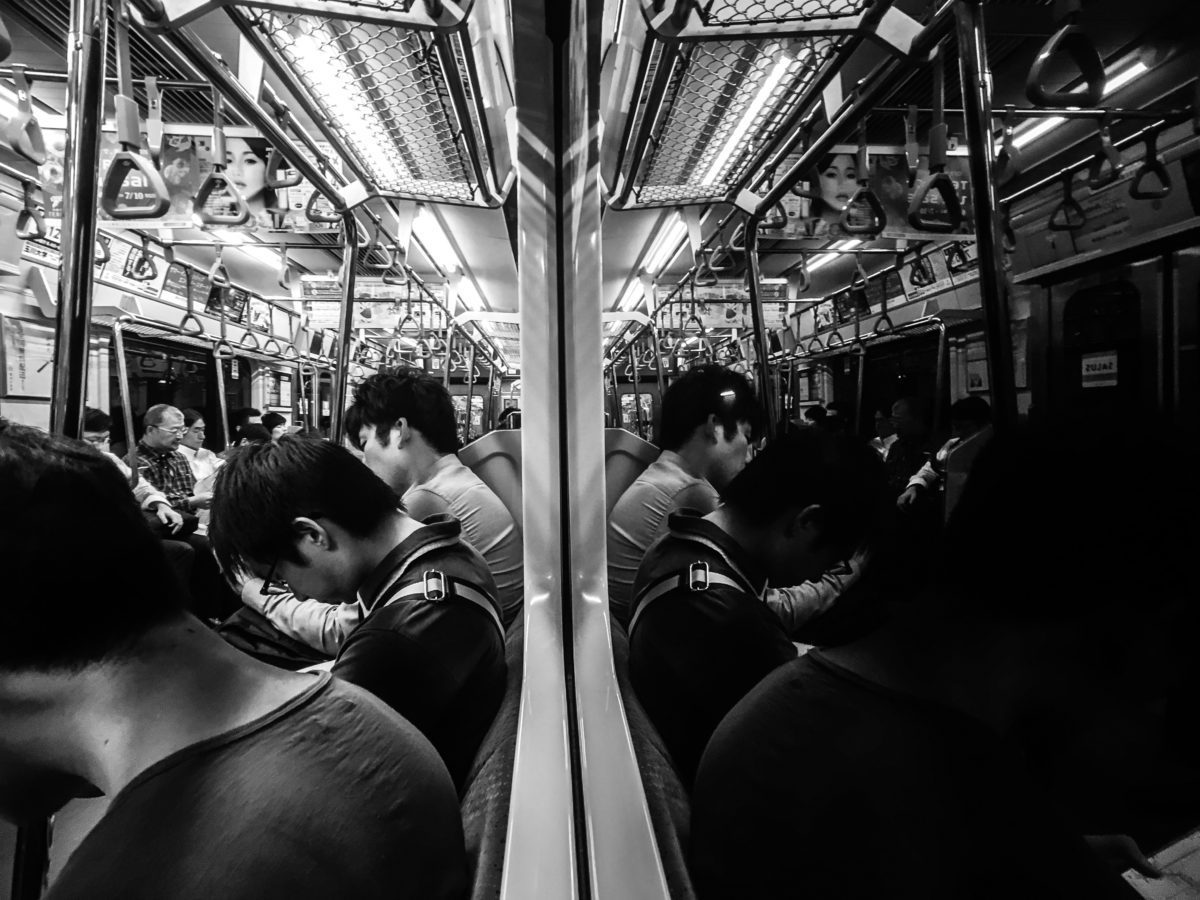 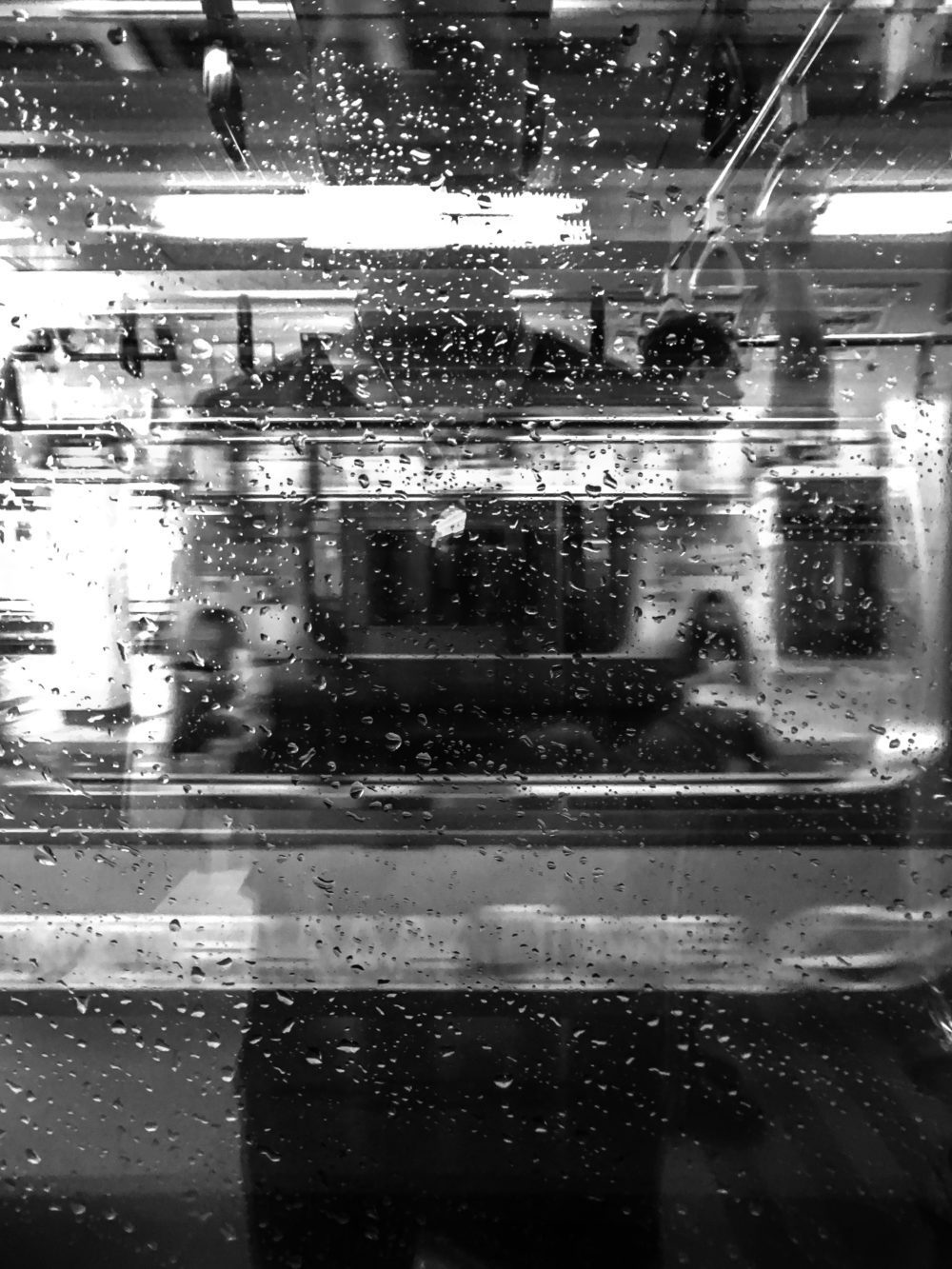 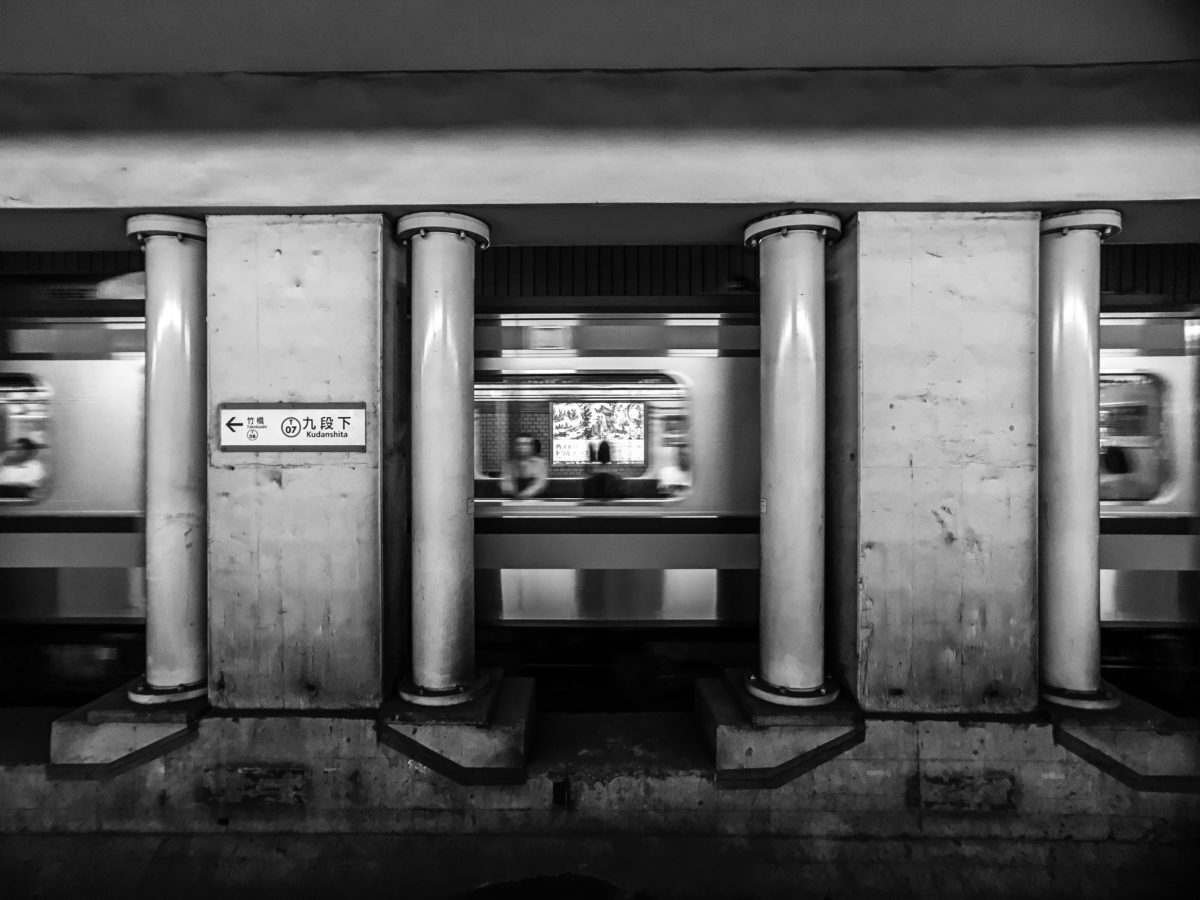 The people of Japan are fascinating, like no one I’ve ever observed in my life. As the day passes the crowds change yet the heartbeat feels the same. At times it seemed like I was walking into a gallery where you can “look, but don’t touch” – as you pass other trains, platforms and neighborhoods to your destinations. In many ways this simple observation offers a complex beauty and the more you observe, the more alluring the people of Tokyo become. You can feel a level of calm in the trains, sitting next to strangers who are silent throughout the entire commute, only disturbed by an intermittent tap on a mobile or clang from a bag strap. 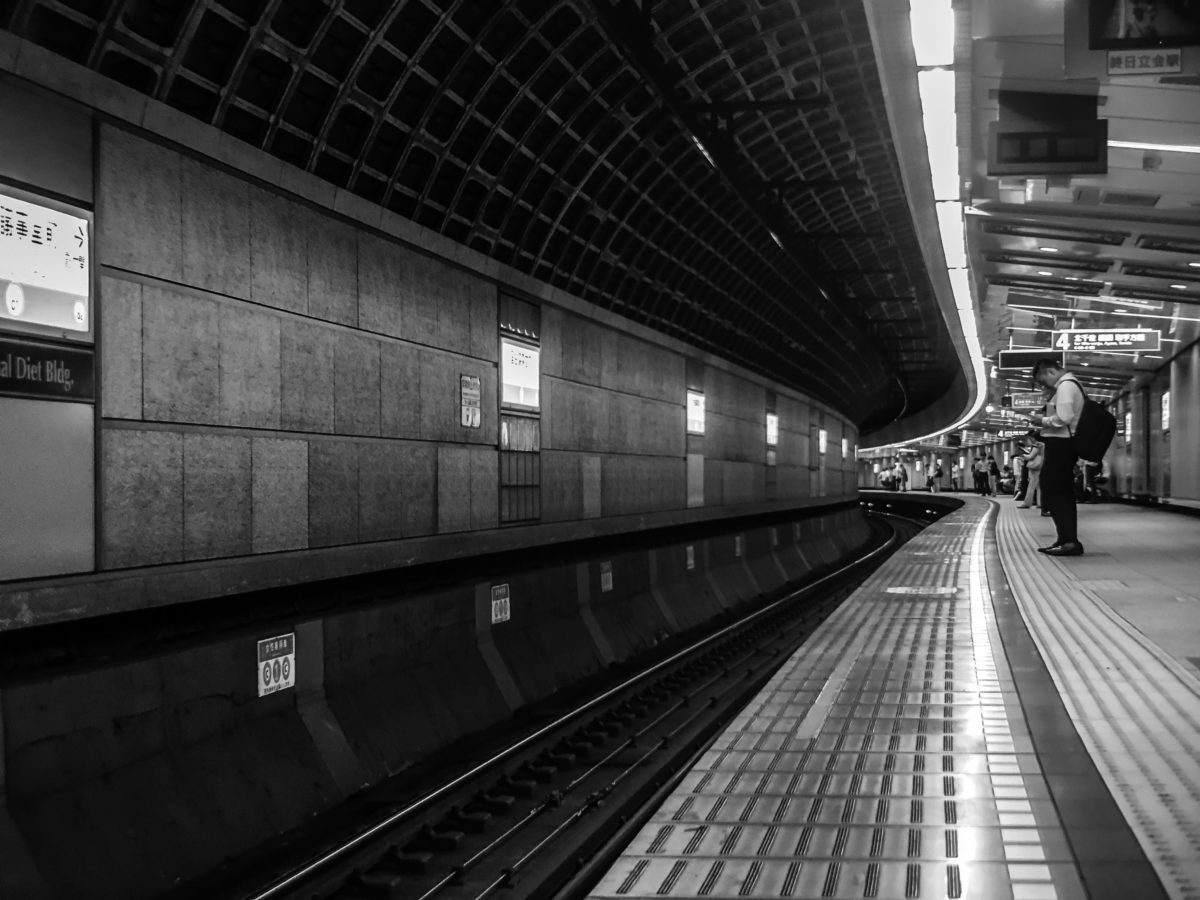 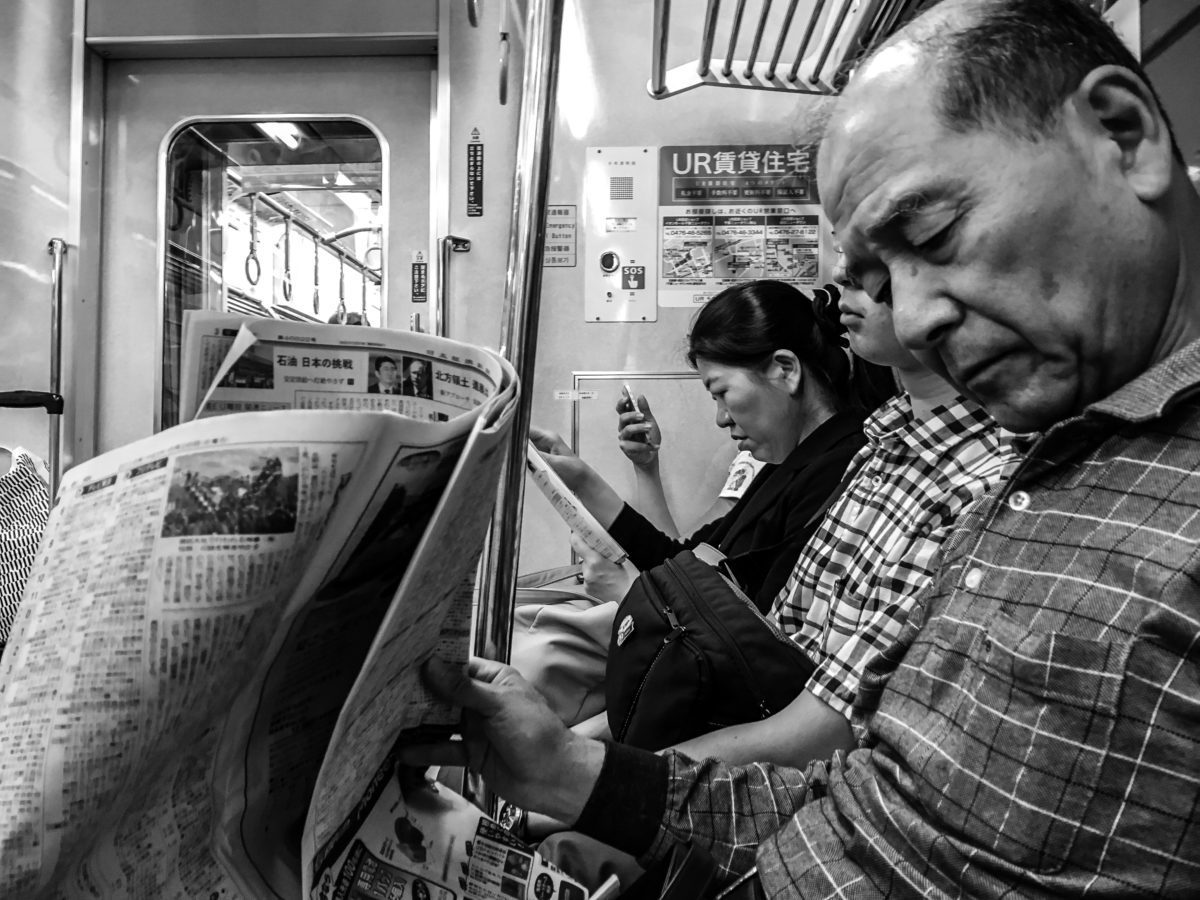 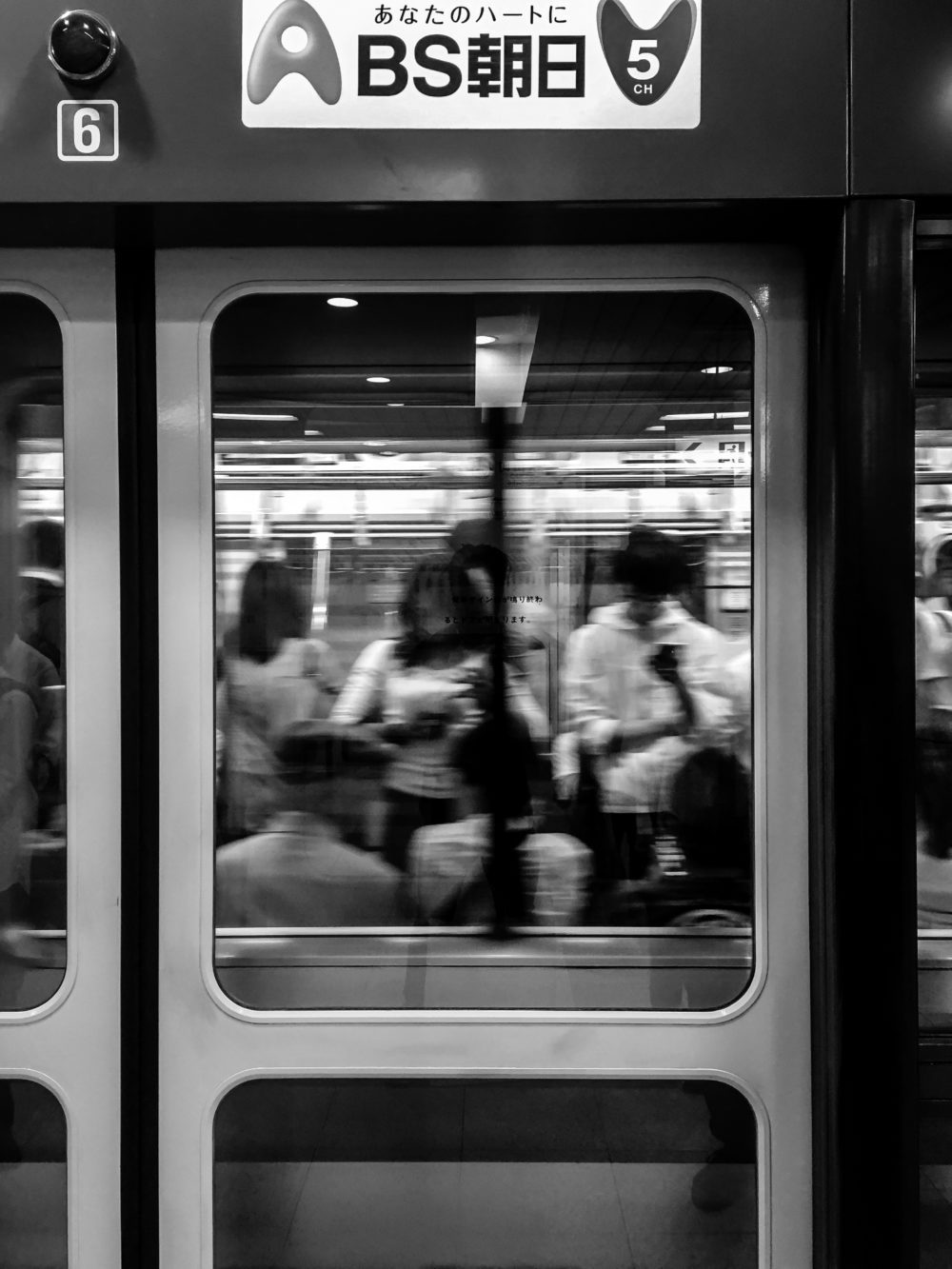 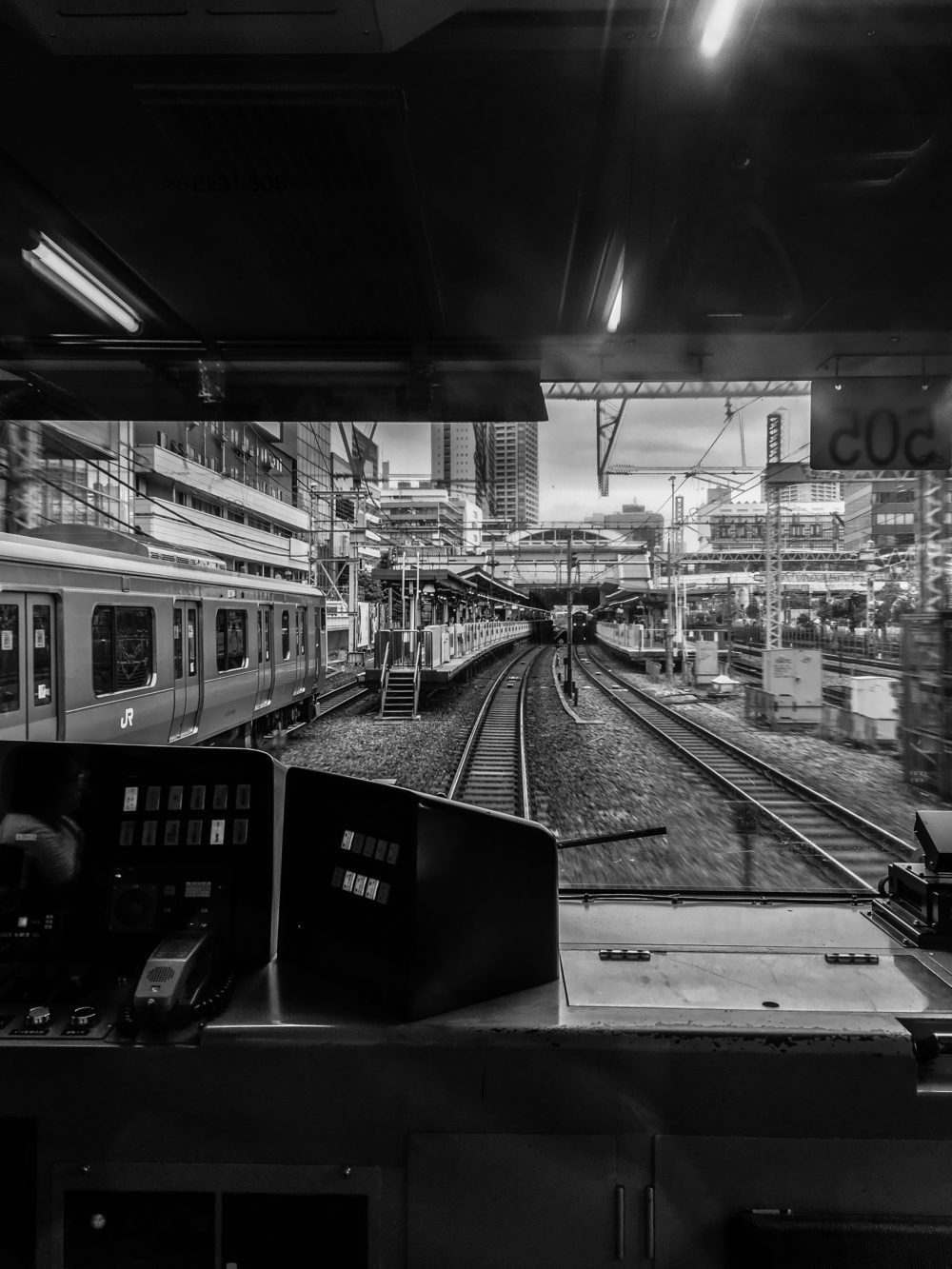 As time passed on the subway, I began to shift internally…thinking about my upcoming move to Chicago. The thought of a new world and the changes I will be forced to make as I leave the comfort of the familiar back at home. In this visually beautiful environment I was reminded that with the move I’d have to find a new sources of inspiration and a new collective of creatives who shared a common passion to discover. I’d be a complete stranger, no different than sitting here on this hard plastic seat. 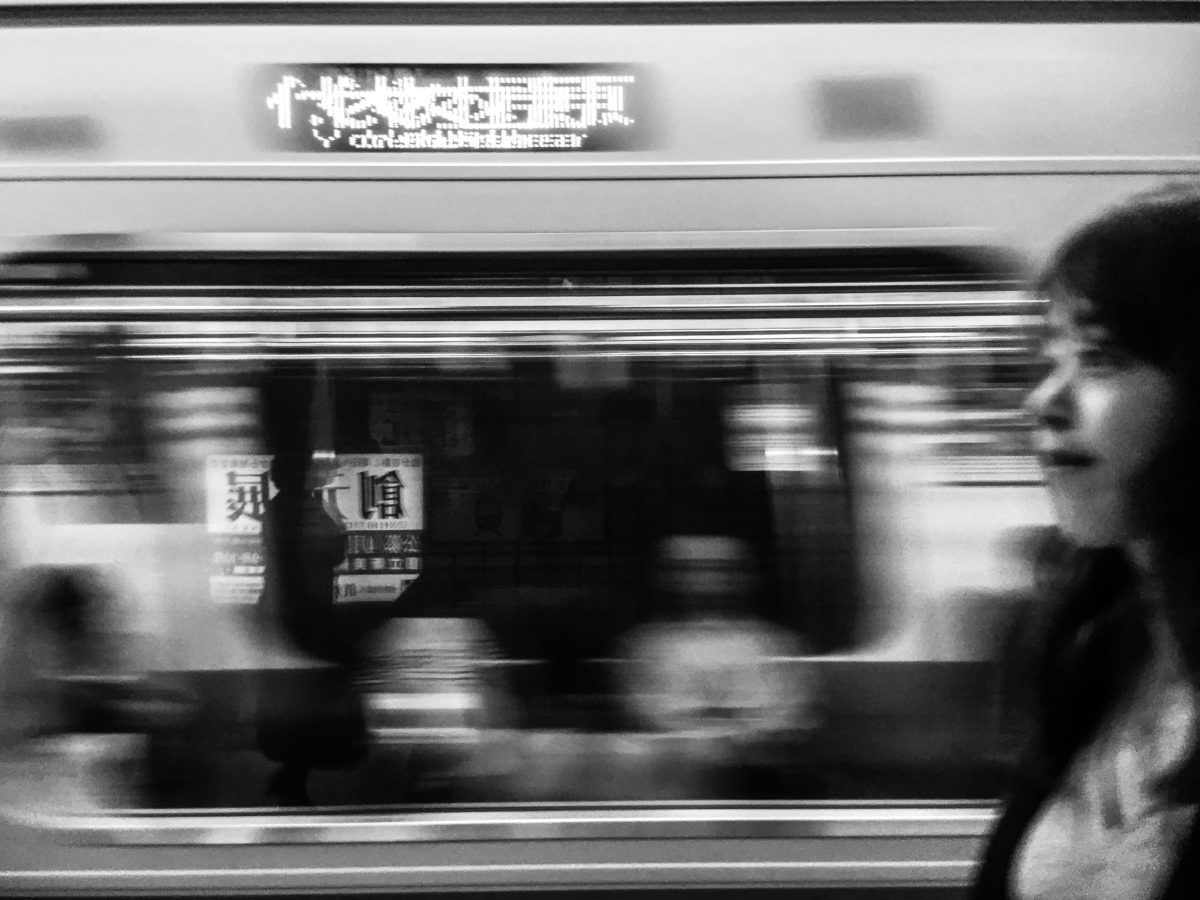 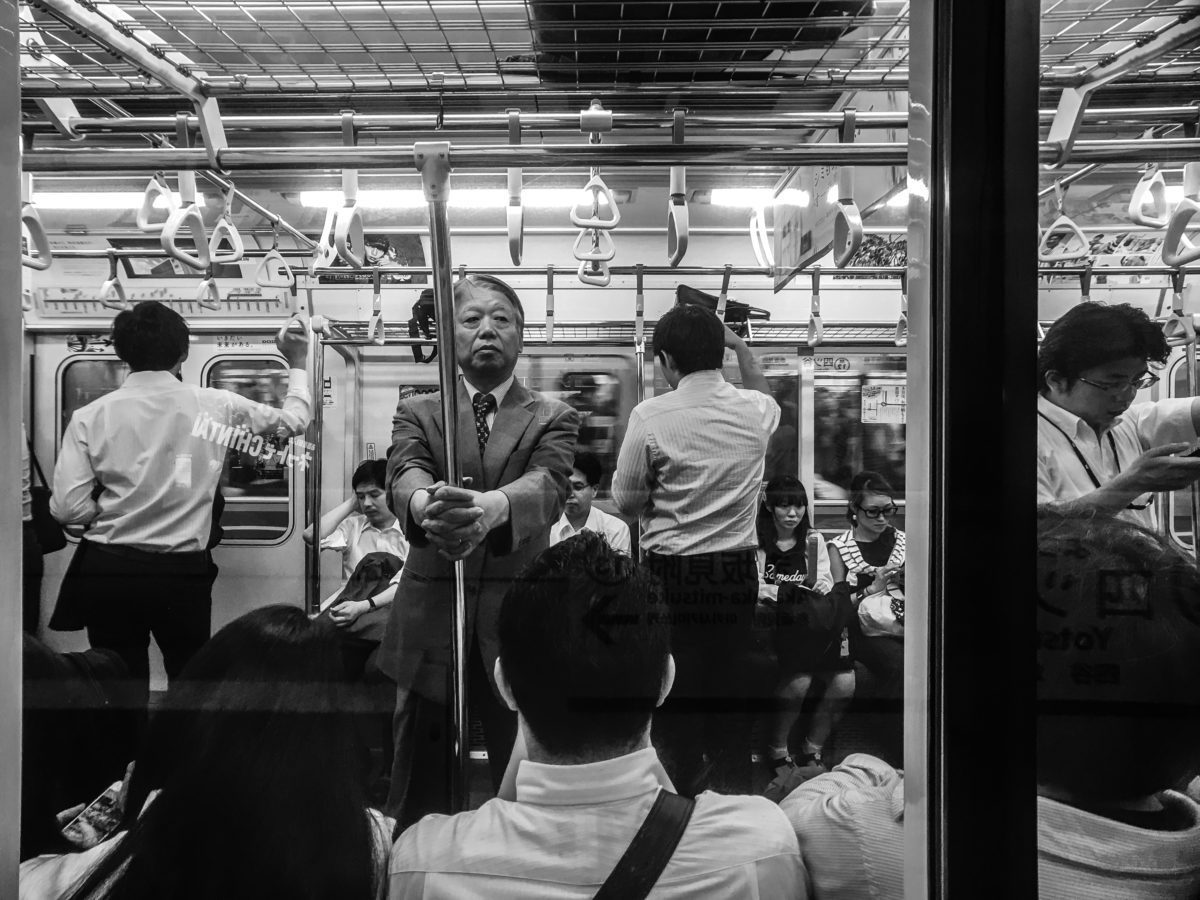 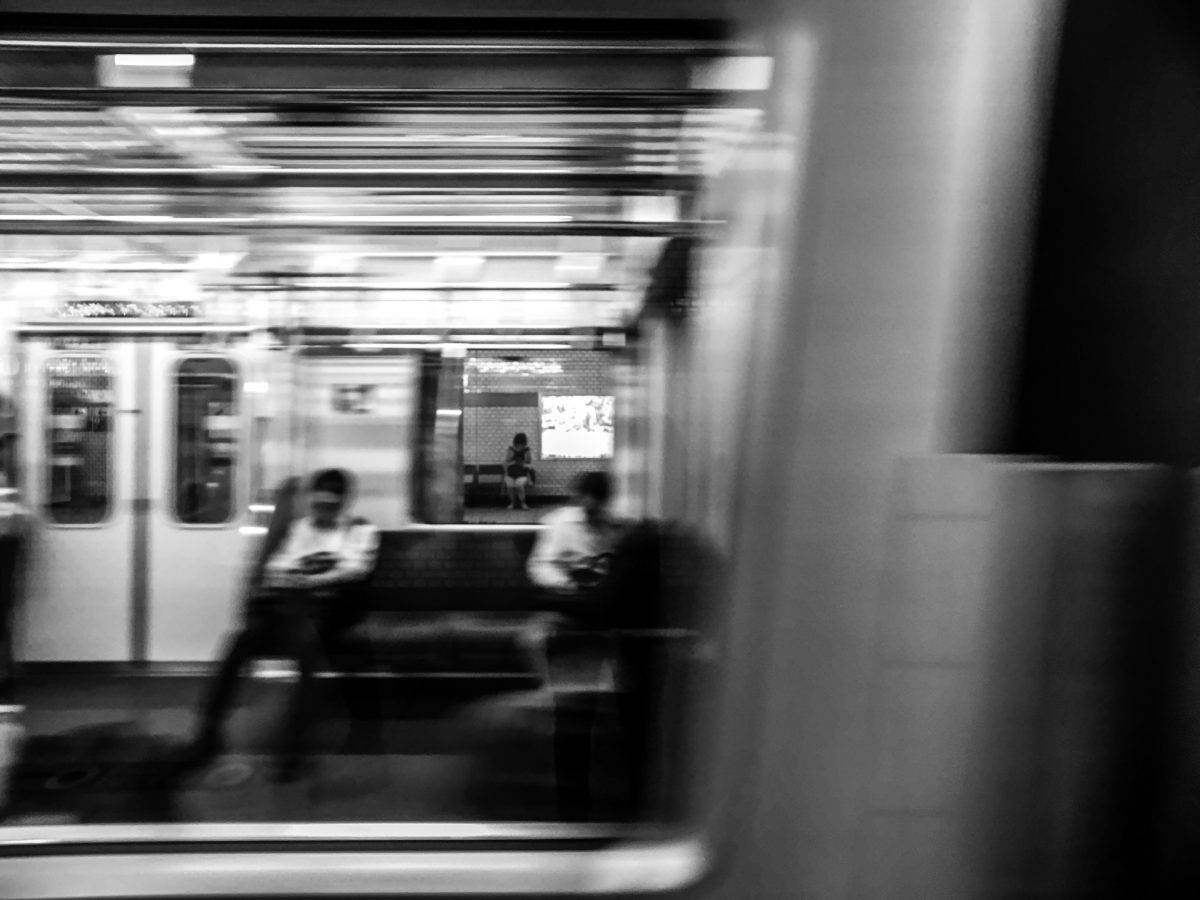 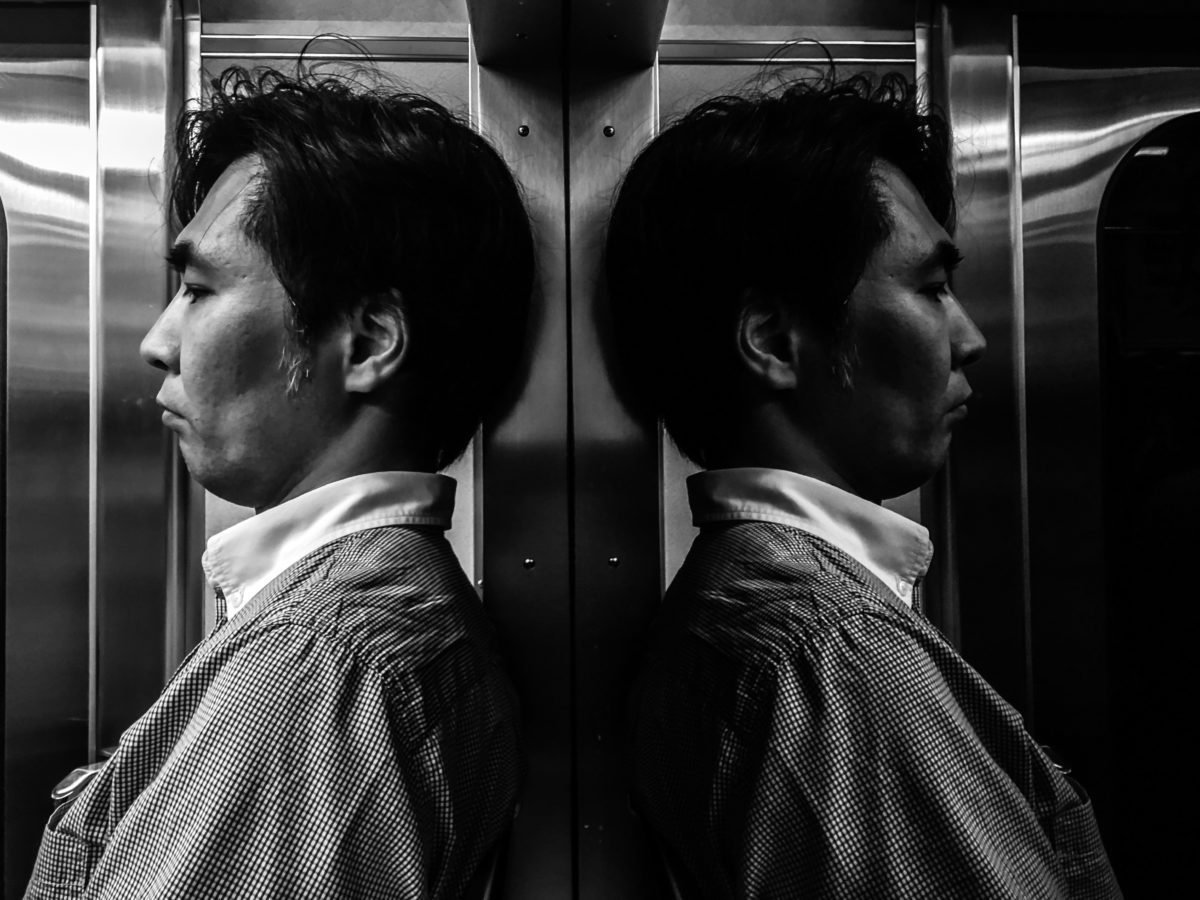 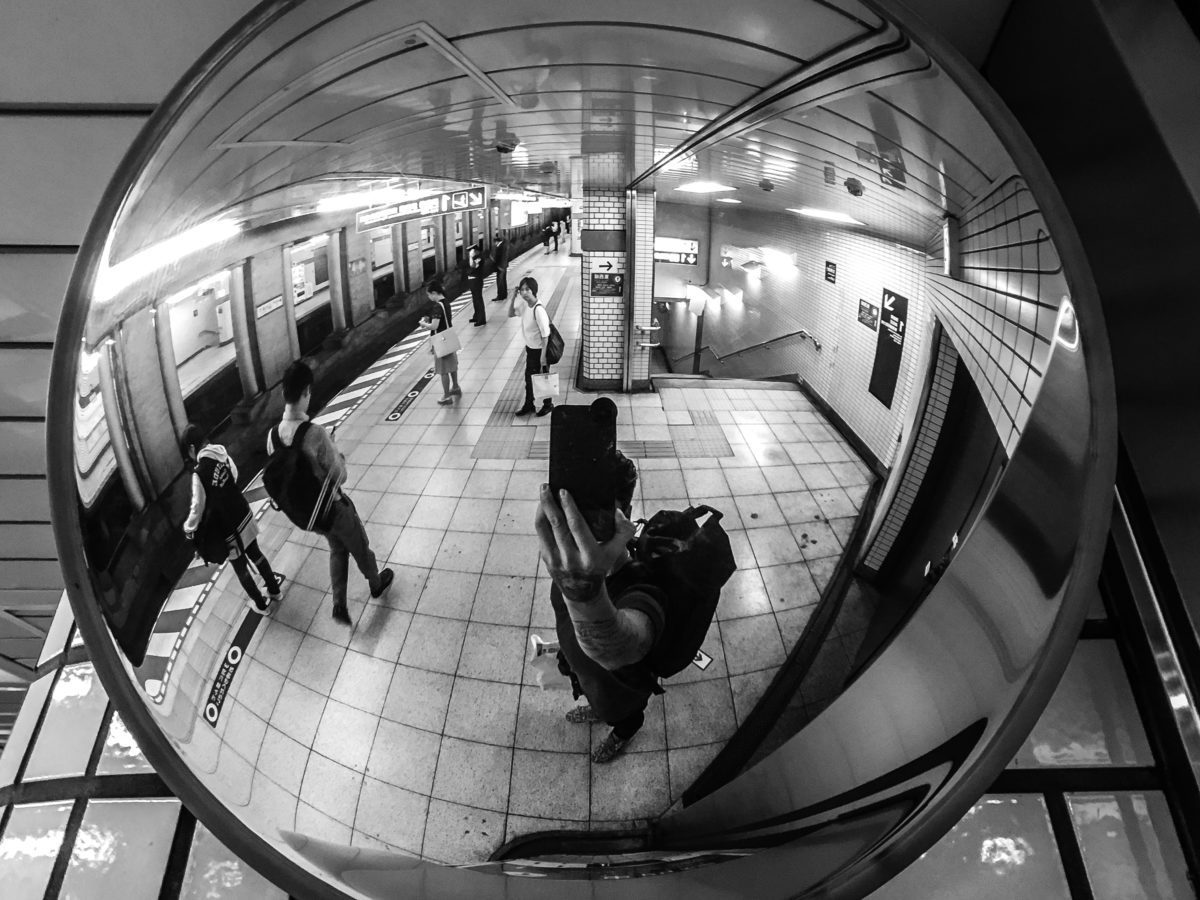