At Moment, we believe the future of film is in your pocket. Every day, mobile videography brings to life thousands of ideas that could not be made possible without such accessible tools. We created Moment Films as a celebration of the mobile filmmaker, a toast to what comes next, and a catalyst to inspire future mobile creators. Subscribe here.

Hi, my name is Ari Virem. I’m a 20-year-old cinematographer from Northern Europe. I love stories, creating images, and exploring the world. I found my love for filmmaking when I was 13 years old by doing some short action films with my friends. As a filmmaker, I’m interested in creating something unique and interesting, something that is not particularly based on the present. I like the fact that you can tell stories in a way that transports you to a whole new world.
Instagram: @arivirem
Vimeo: @arivirem
IMDb: http://www.imdb.com/name/nm7714533
Website: arivirem.com 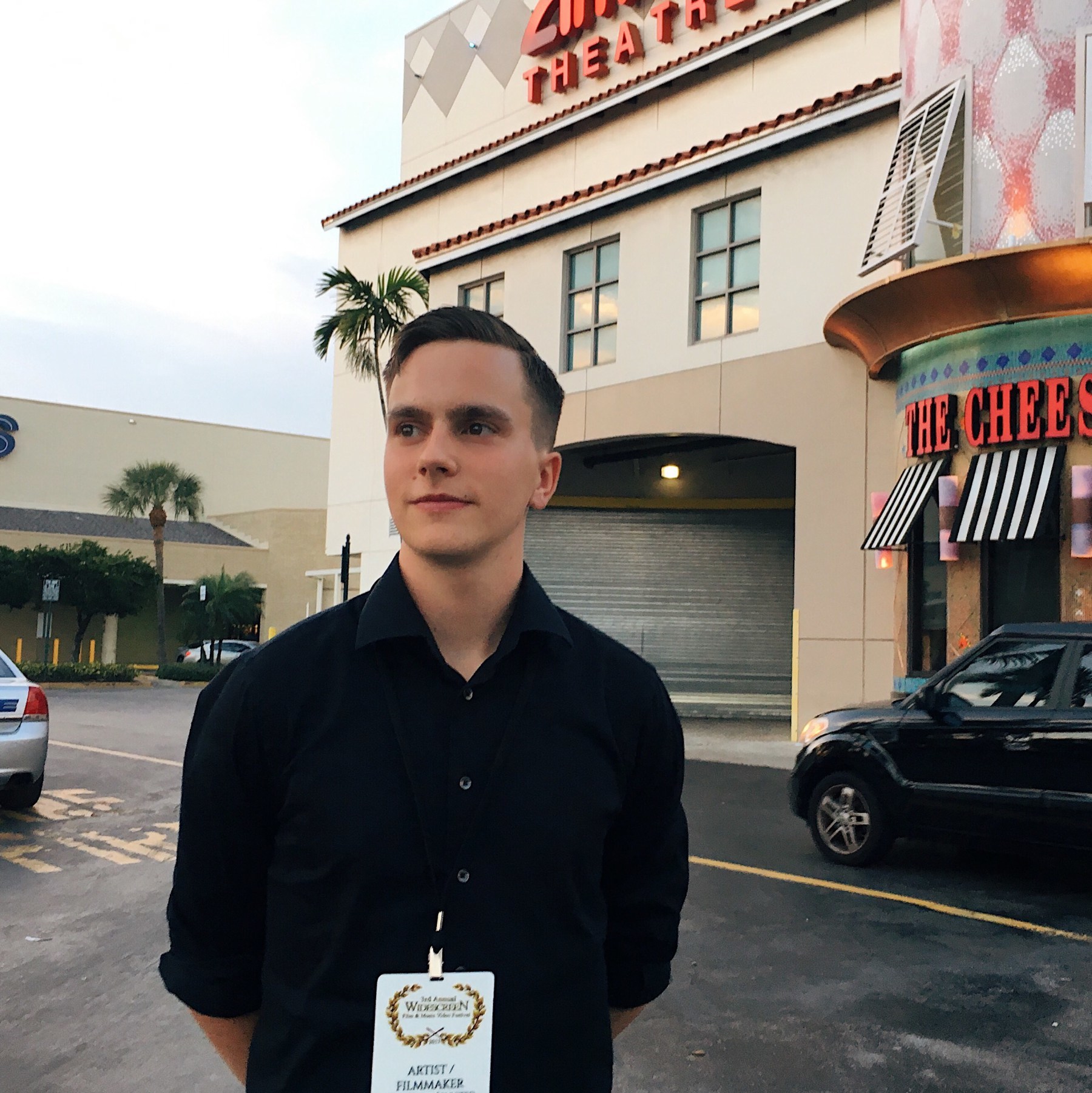 Q & A With The Filmmaker

A few sentences talking about the film and what it’s all about.

This is a film about two street musicians who meet each other by chance in the streets of an urban city. They decide to team up and leap into the dark to chase their dreams of a better tomorrow. It’s a rocky road toward success and fame, illuminated only by the fluorescent lights and their own company. No one knows what the future holds, but when you truly live in the moment and enjoy the adventure to the fullest, the sky is the limit.

I know the iPhone image quality is not the best in low light. That’s why you don’t see it very often. I wanted to challenge myself and the equipment to shoot at night — in total darkness. I made some tests before the shoot and found that by underexposing the image, you also get rid of the noise and can’t see the quality that well. Although, you still need a lot of light to see something. But for me it was great, because I could really control what I want to show and what is important in the scene. So I could light the scene and create the image I want, instead of pointing my phone in one direction in pure daylight. There’s the old photography trick, which is when you have at least one bright light source in the frame, your eye tricks you to think the image is exposed correctly, even when it’s not!

Apart from the visual motives, I wanted to capture the feeling of city life and being free to explore and live to the fullest in urban environment.

And to be totally honest, I saw pretty much the coolest car commercial that I have ever seen recently, and I got inspired to do some similar “high speed” action — without the expensive car.

The two talented actresses seen in film are Nelli Juusela and Aino Liinoja. I made this film together with my dear friend Jesse Pohjonen. We have been doing films together for some time now, and I somehow understand his weird mind. Jesse is a film director to keep your eye on; he’s ridiculously talented!

We shot this film in Helsinki, Finland. As a very visually oriented film, I chose the locations based on the practical lighting they had. We actually spent one night searching for all the neon signs and parking lots we have in Helsinki. We found a couple of good looking bars nearby and this great BBQ restaurant based in an old slaughterhouse. And then we moved to looking for cool looking parking lots.

I also wanted to capture the light when it’s being reflected from the wet streets after rain; I think it’s very beautiful. But unfortunately we didn’t had any rain for the week when we shot this piece, so I loaned some water tanks from a local Home Depot, and we kind of made it rain. We got those streets to shine. I think it works best in the window shots where you can see the water dripping in the foreground.

Yes, so we decided to put the iPhone 6s on the MōVI m5 gimbal to achieve real stabilization and to do cinematic moves. It was actually super easy to fit it in with the Moment case and lens on it. But we went a little further and added a filter holder and Black Pro-Mist ½ filter in front of the Moment lens. The holder was on a noga arm, and camera assistant Aaro Visalamade a custom adapter with a gaffer tape to fit on the diameter of the Moment lens that is super tiny compared to real cine lenses. The guys at the rental house were bursting in laughter because it’s not very common to do this kind of thing with only a phone. The Pro-Mist filter made a huge difference to the look of the film and made all the practicals glow the way I wanted. We switched between the Wide and Tele lens quite often, and it was really fast with the noga arm system Aaro made up.

The powering of the rig was pretty simple as well, we used normal power bank to run the iPhone and the MōVI LiPo batteries for the gimbal. We also tried the Filmic Remote app that actually allowed us to monitor the image and do focus pulls on a iPad that was over 50 feet away. Although it was bit too slow for most of the scenes.

Focus. Usually on a set, you can just trust your focus puller that your image is sharp. On a phone, you have to trust the auto focus function — that it’s picking the right place to focus. On a piece like ours, where the camera moved all the time, it is sometimes hard to judge on a longer focal length what was in focus and what not. But thanks to the small sensor of iPhone, the depth of field is large, and it’s usually sharp all across the image.

Another thing was compression and quality. I’m used to coloring my footage in post-production. This time we really had to do everything in camera since iPhone footage is very limited in terms of post-processing. I used the white balance setting quite often in order to get the color and atmosphere I wanted. It’s actually kind of fun when you really can’t say “fix it in post.” 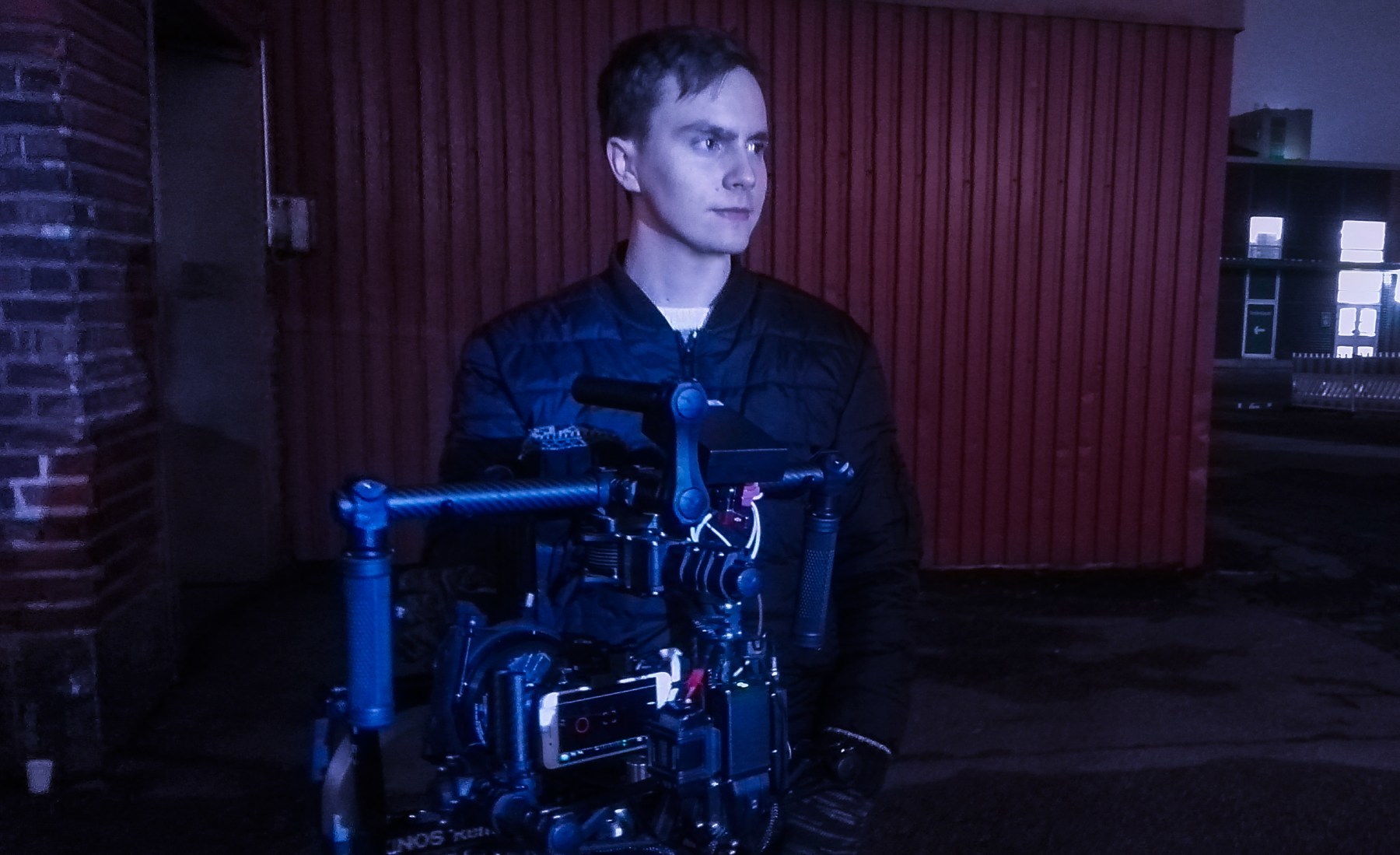 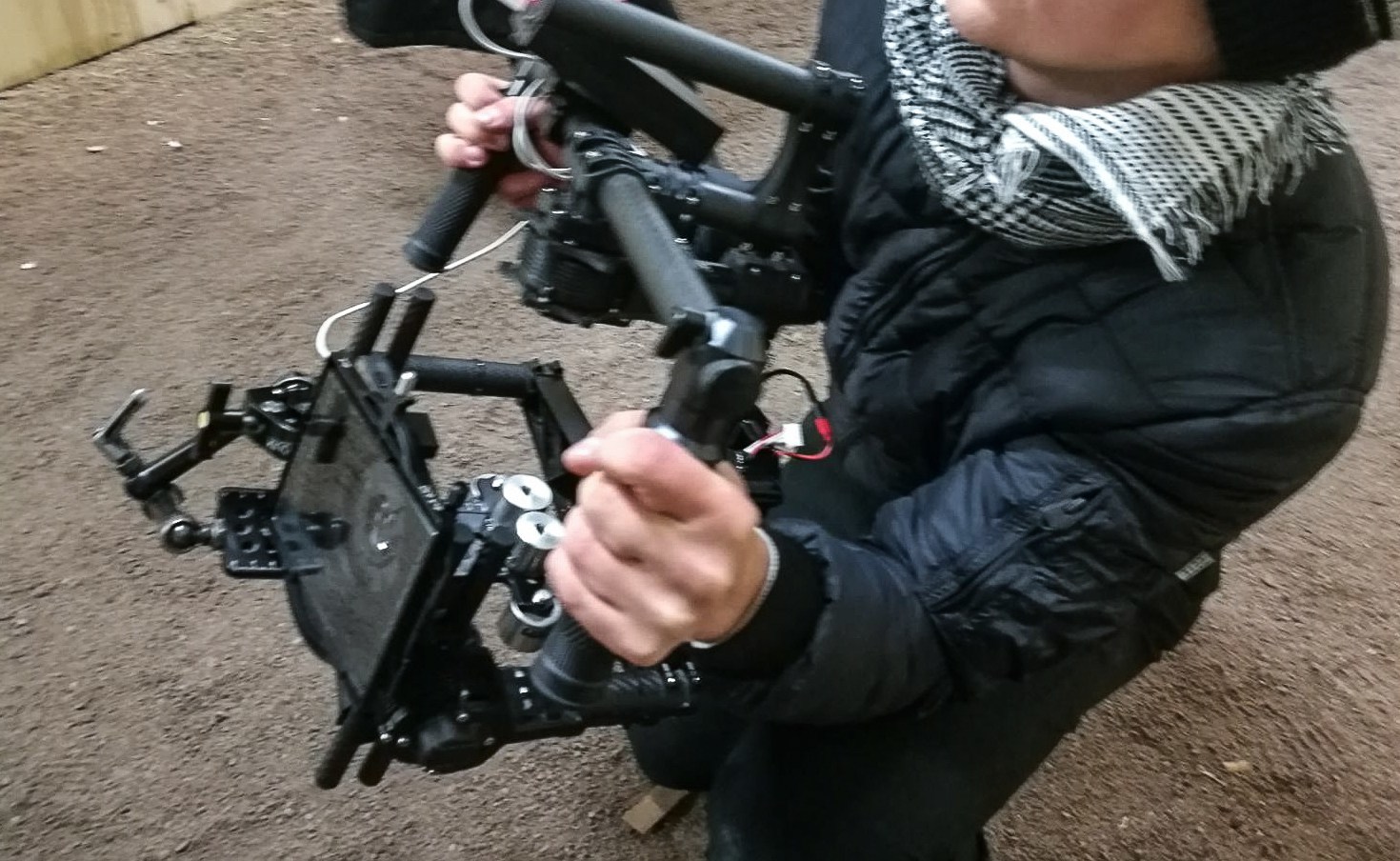 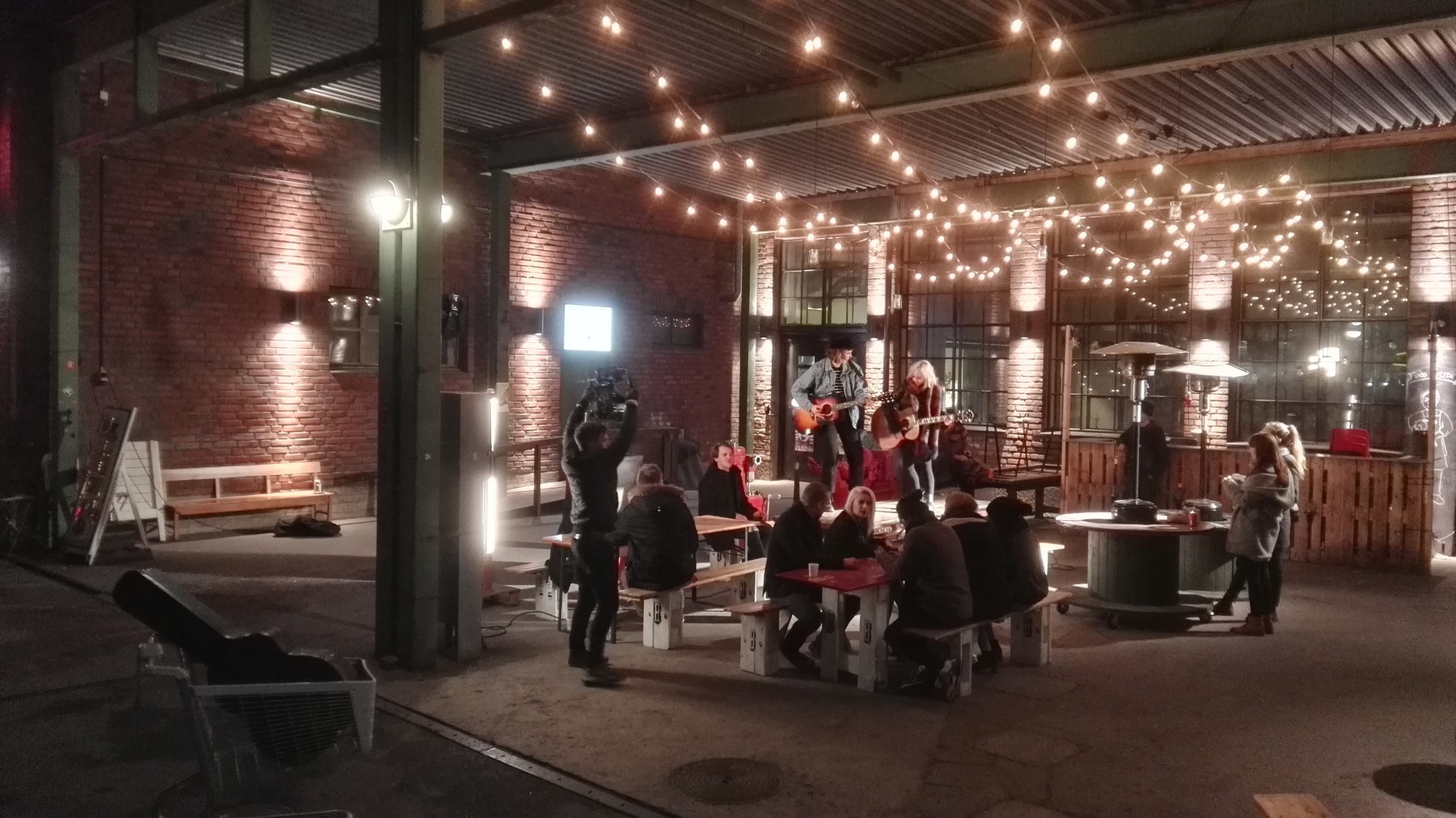 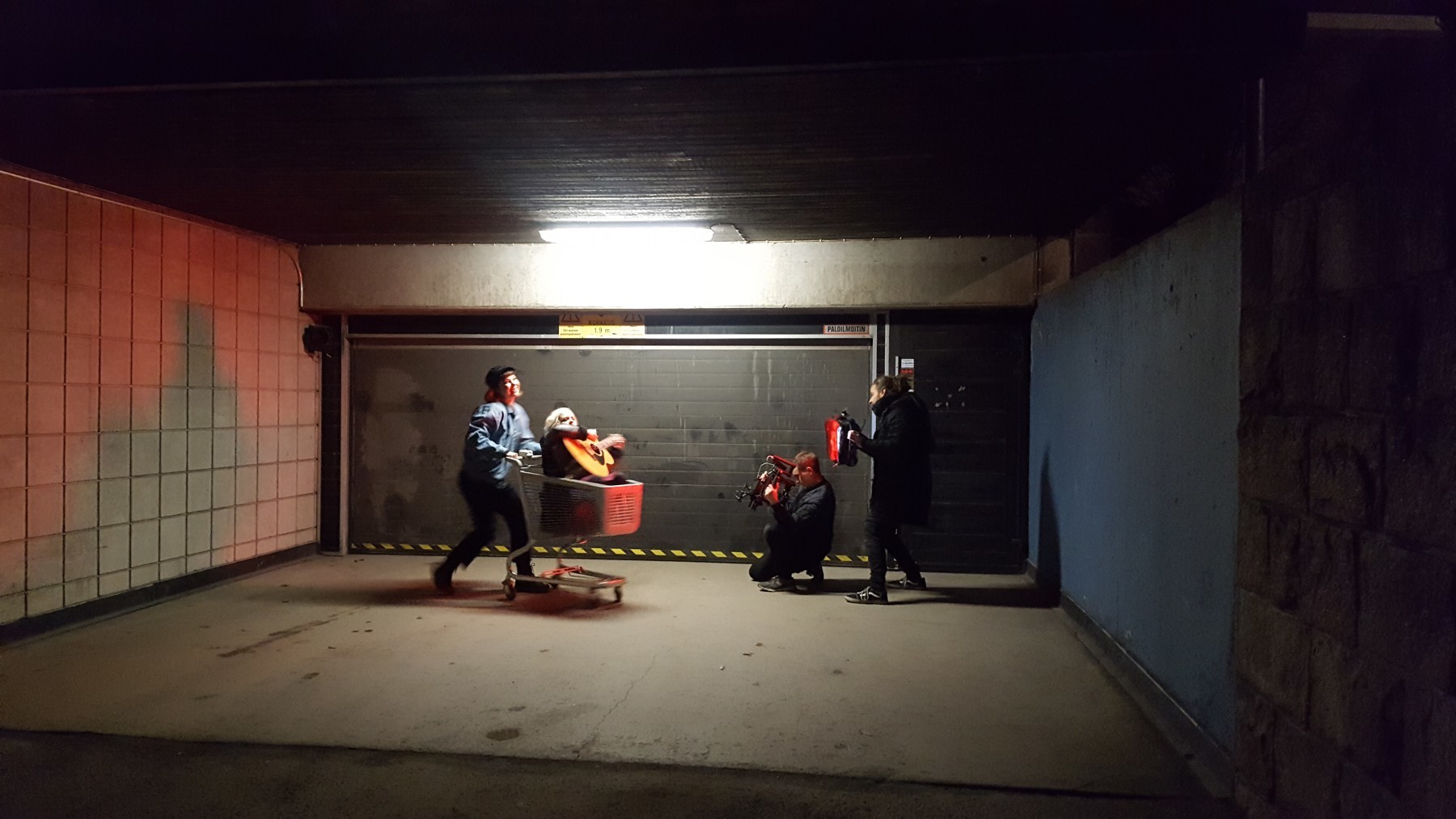 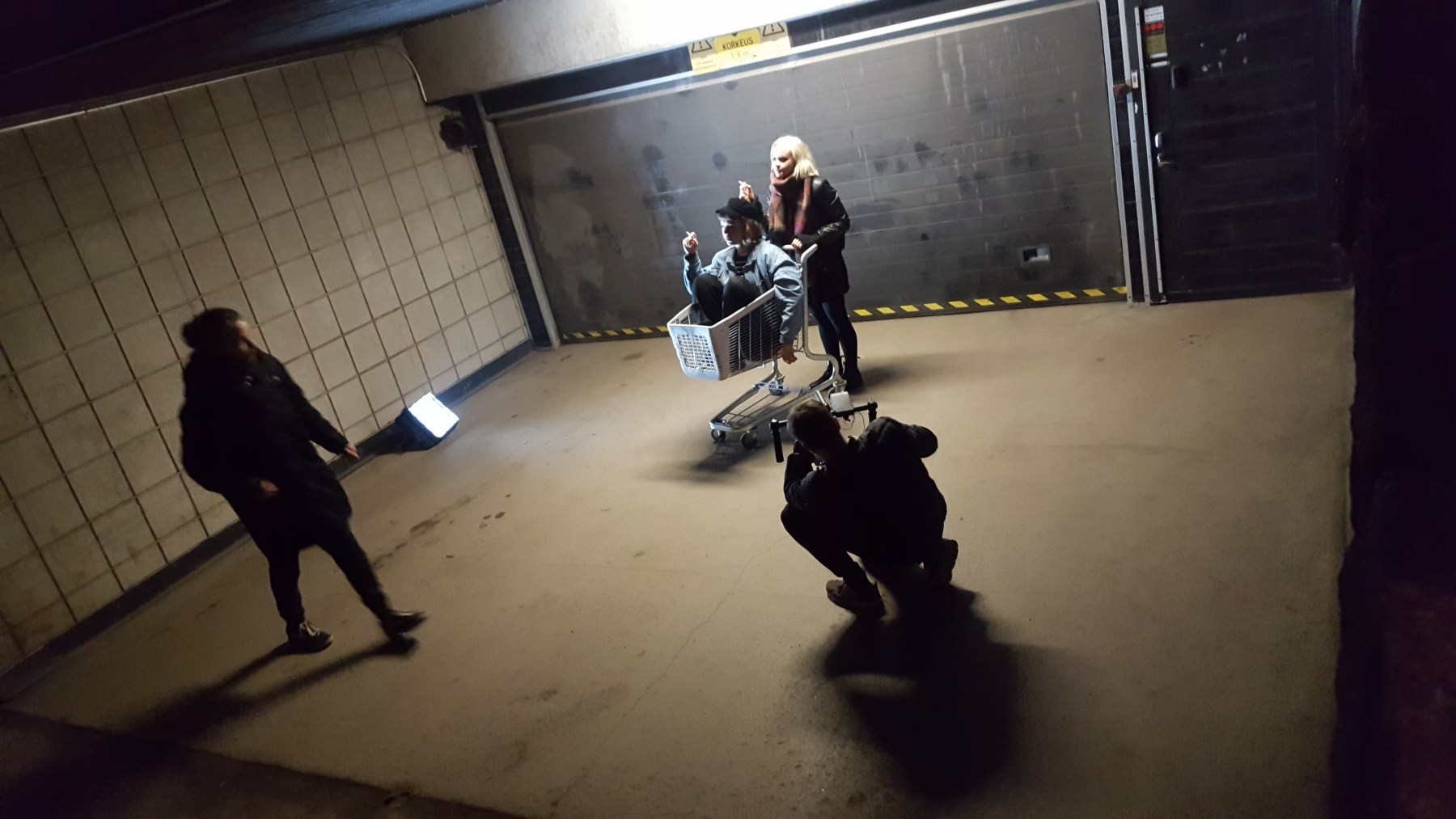