“To be honest, I was terrified.”

When you meet Jessica, she doesn’t strike you as someone that could ever be terrified. She carries this quiet, patient confidence that exudes strength over fear. But leading up to her trip to North Korea, the stigma about the country left her feeling more than just a little uncomfortable. Even though Jessica loves to travel, this trip was putting her way outside her comfort zone.

Stepping off the bus in Pyongang she quickly realized her trip wasn’t going to be anything like she expected. The creative freedom she was hoping for was going to be severely limited. Traveling with her friends, Drew Kelly (@drewkelly), Chris Connolly (@chrisconnolly), Hannah Yi (@hannahgyi), Tyson Wheatly (@twheat), Justin Lovette (@lovettjustin), and Dan Tramp (@dantrampe), their tour guide company had everything meticulously scheduled. There would be no venturing out alone.

As Jessica tells the story, “There isn’t a very good relationship between the U.S. and North Korea, so to have Americans on a visa is a very serious thing. We were being watched everywhere we went, setting strict rules for what we were allowed to photograph.”

Raised in the Bay Area, her original path was not as a professional photographer. Jessica actually studied English at UC Santa Barbara, and on the side she liked to carry around her old $100, film camera. Or as she likes to say, “I was really obsessed. I was always running around taking photos. But, I couldn’t really afford a digital camera, so when the iPhone came out I was like, well, I guess this is my camera now.”

Except her iPhone photos weren’t really welcome on the Flickr community. Phones weren’t considered ‘cameras,’ and therefore her attempt to engage with the community was met with criticism. Frustrated by the notion that you had to have an expensive camera to be a photographer, she stumbled upon a new iPhone application called Instagram.

At the time, Instagram wasn’t the Instagram we know today. It was a beta application that a few of her friends were testing for the small startup. Seeing her enthusiasm for the community, the founders hired Jessica to join the community team. Little did she know, she was about to become part of one of the greatest movements that photography has ever seen. 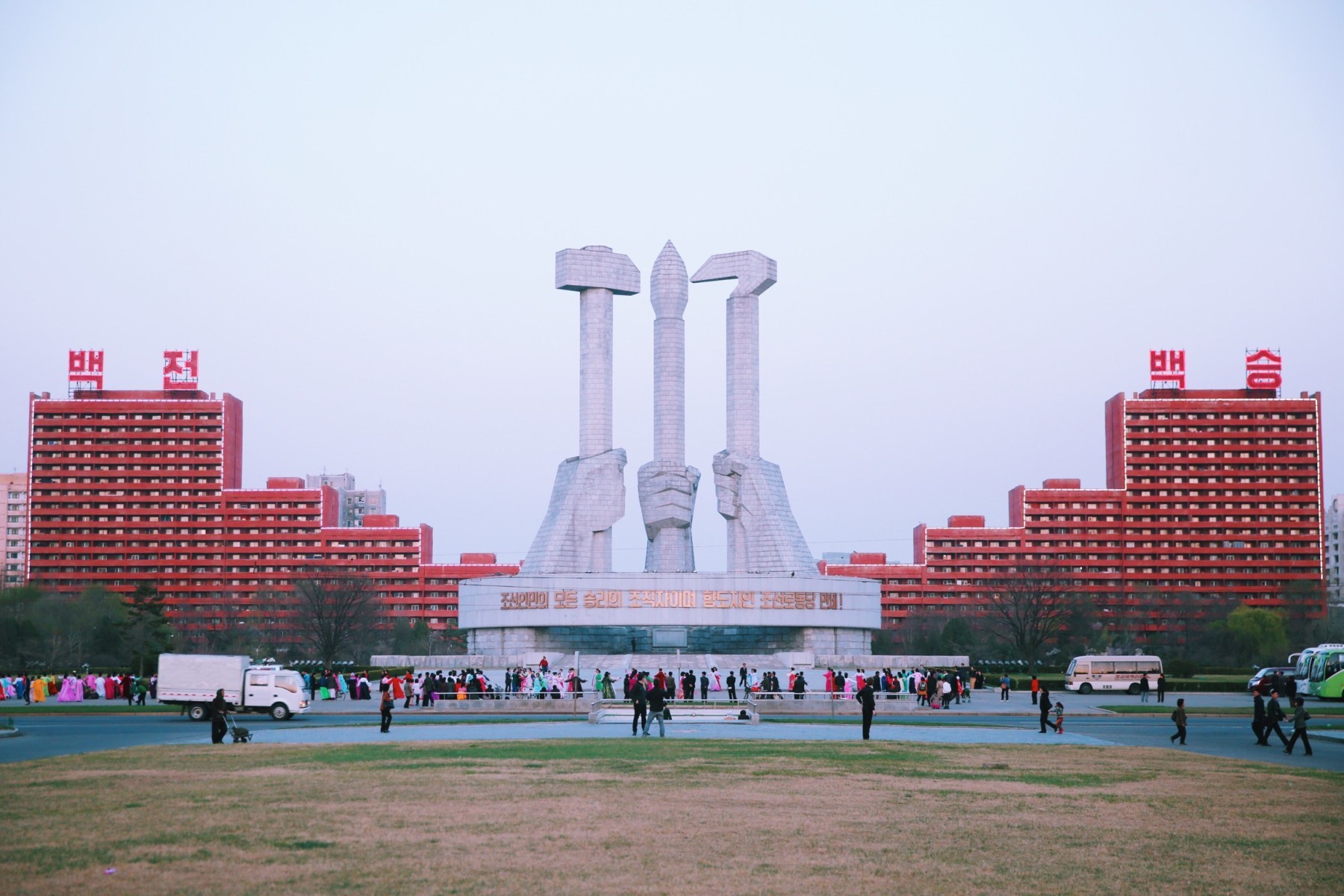 Being limited isn’t Jessica’s thing, which made the first few days in N. Korea a difficult adjustment. As she explains it, “The country is small, but the buildings are big; the empty space between them is vast, and even the statues are huge. The combination makes you feel very alone.”

That didn’t stop her from finding beauty within the limitations. “I found this soft and beautiful side of a country that people know as hardened and harsh, which I was excited about,” she explained.

She went on to describe a scene at the DMZ (the demilitarized zone between North and South Korea) that particularly stood out. Their male guide, a stoic man dressed in full military garb, met up with his friend while leading the group into a building. As the two men were walking up a flight of stairs, they started holding hands. “They held hands all the way up three flights of stairs,” Jessica explained. She pulled her friend aside who had lived and taught at the university there for years, and he explained that in North Korea it’s very common for friends to show physical affection. That was probably just his best friend at work. “It was totally fascinating to me that that was normal. That’s why I loved that experience; I got to see this soft side of North Korea.” 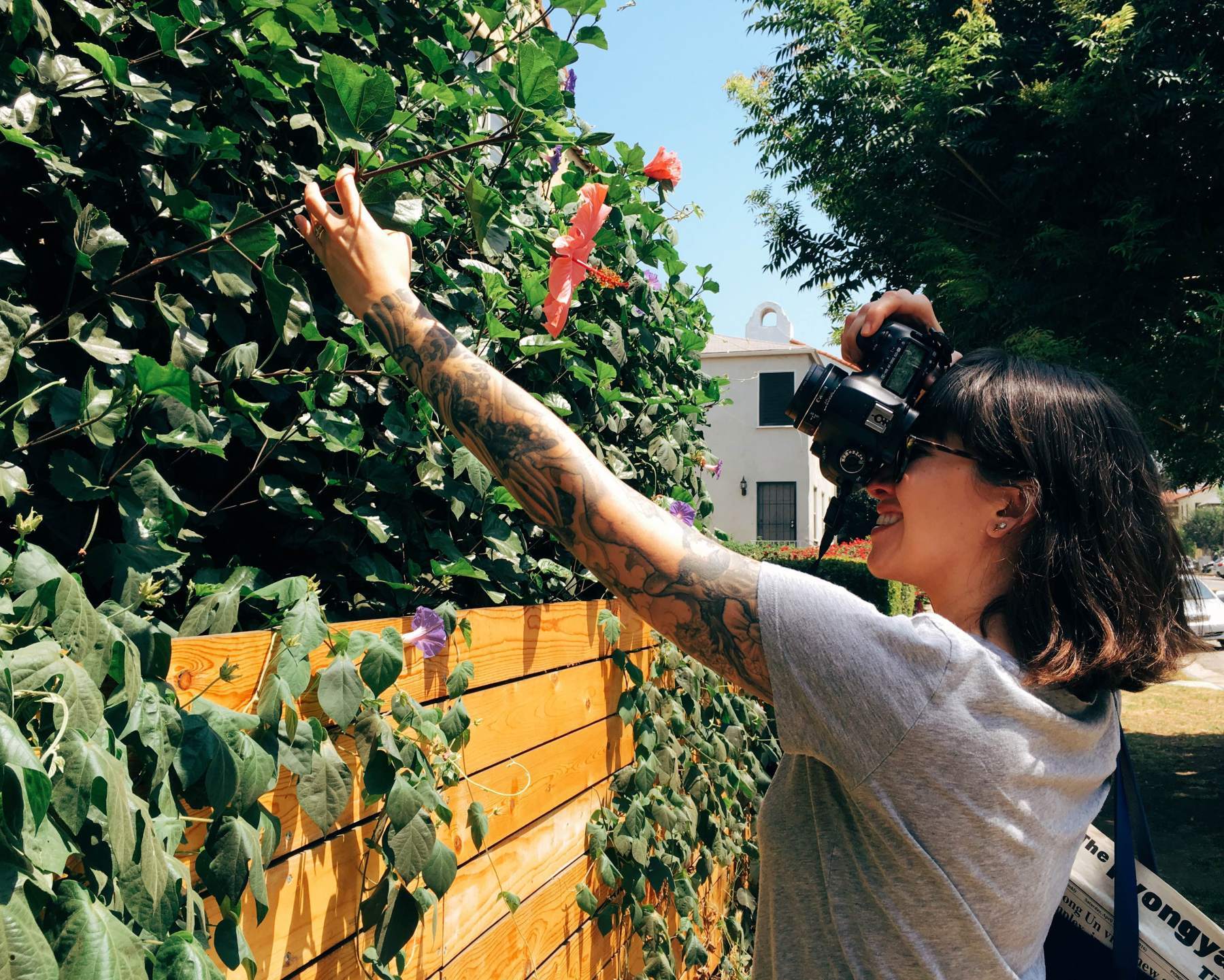 You could say that Jessica is less judgemental than most. Joining Instagram required an ability to see past the surface because, at the time, Instagram was just a niche application that added grainy filters to your nice photos. Of course that is no longer the case, but at the time the Flickr community was right in saying that Instagram made your photos worse. Jessica clearly saw something that many within the Flickr community missed.

What Jessica saw was not a photo app, but a community of people. She saw the people, emotion, and connection behind a post…displaying the community she always wanted Flickr to become. That’s why she joined Instagram.

By now everyone knows the Instagram story — a small startup, later acquired by Facebook, that turned into the largest photography community in the world. Jessica was part of that. And even though she gives all the credit to her peers, she helped to shape a community that took online relationships and brought them offline. Not only that, but it changed the notion of a photographer, enabling an entirely new economy of creatives.

Two years after joining the company, she was burned out. Facebook now owned Instagram, and she was confident that corporate life wasn’t for her. So she left.

But Jessica didn’t go get a job. Instead she decided that she wanted to be a full-time creative. And it’s not like she had clients already lined up. She had nothing, just a resume that said ex-community manager at Instagram. “Leaving was very scary,” She admitted. “Without Michael O’Neal I never would have made it. I called him the day I quit, terrified, and he told me that everything would be okay.”

When she told me that story I was dumbfounded. Not only had she helped to build something historic, she had the nerve to quit. She again put herself in totally uncharted waters in a quest to be a full-time creative. 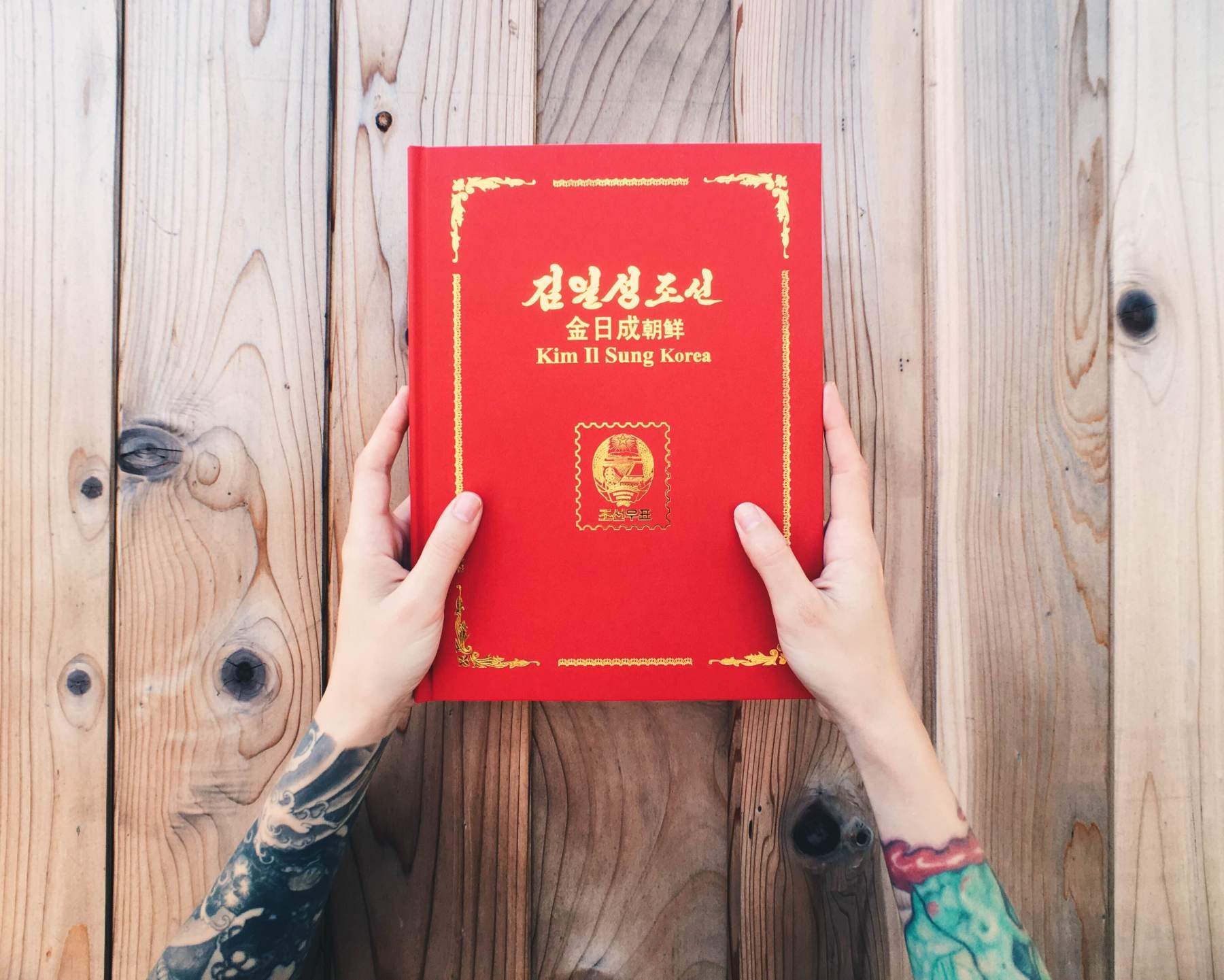 Returning home from North Korea, she shared this photo and these words: “I’m back in Beijing, about to fly home to LA, and I have SO MANY photos to share from my week in the DPRK. Hope you’re ready!!!”

What followed was a bit of a surprise. Not all of her followers were supportive of her trip. “People were upset about what I was sharing, and upset I had gone there,” she explained, “People would get heated.”

This is the point in her story that I started to connect the dots between her past and this trip. Her path is not normal. She takes risks that most of us wouldn’t take. She puts herself on the edge of her comfort zone, a feeling most of us try to avoid.

The negative comments from her trip were a microcosm of what happens when you publicly approach life with an open mind. Not everyone is going to support you.

But Jessica doesn’t do this to be different. She does it because the creative in her has to see the world for herself, in order to form her own opinions. The depth beyond the surface is what fuels her. It’s what gives her meaning.

If you follow Jessica (@jayzombie) on Instagram, you start to fall in love with her unique perspective, which is a contrast to the moody landscapes you often find on other popular feeds. Instead, Jessica adds color — bright and happy — to your day. And if you get to know Jessica, you realize that she doesn’t post for anyone but herself. Yes, she is now a professional creative, but her feed doesn’t exist to please others or to make new clients. She posts because it makes her happy.

Which brings us back to North Korea.“Coming home and suddenly having the freedom to make decisions was a really big shock. I found myself crying about it,” She admitted, “We all bonded with our guides, and when we left I was sad for them. Sad that they didn’t have the same freedom as me. We have these privileges that we often take for granted. I definitely needed a big break to re-center myself.”

In many ways, this attitude is what sets Jessica apart. Her willingness to share herself and her work with the world is grounded by the emotion she gets from deeper experiences like her North Korea trip. And as a creative, she works incredibly hard to get a little bit better, every single day.

North Korea was one more step forward. “I’m a little more intentional now,” She explained. “I got better and more authentic photos of how people live because I was able to be quiet and hidden, instead of running in with my ball of energy and changing it. I just think it gave me a different perspective on people.”

“Photography is what you want it to be,” she explained, “And for me I always knew I wanted it to be my full commitment.” 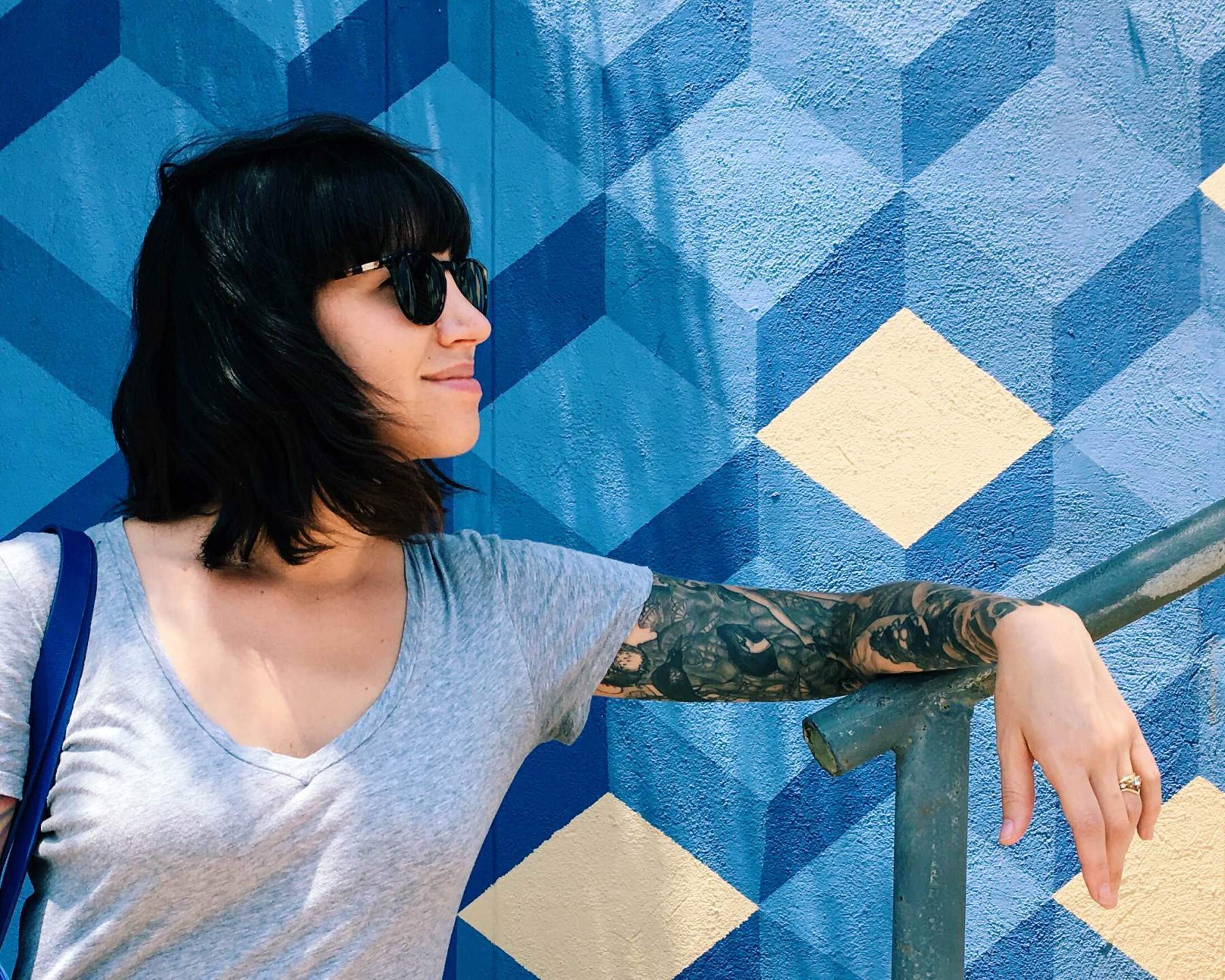