Street photography is a type of creative expression different from every other type of photography. Invented with the founding of photography it has evolved from the documentation of history to become this raw, emotional form of capture. From political movements to art to people, street photography is this relatable visual content that brings forth the happenings in the world around us. It’s honest and sometimes vulgar approach captures the essence of life for millions of people around the world. And with the rise of Instagram street photography has almost become a way of watching history as it’s being formed.

Traditionally street photography was best captured with discreet cameras, especially rangefinders or twin lens reflex cameras. Rangefinders were sought out because they are smaller, lighter, and quieter. Twin lens reflex cameras or TLR’s have a waist level viewfinder, which meant people weren’t intimidated because they didn’t really know which way you were pointing. With the rise of the phone camera we have begun to a shift from larger cameras to a digital point and shoots. The rise of mobile has given birth to a whole new type of creative…mobile street photographers.

Devin’s photos bring you right into the urban lifestyle on the streets of Baltimore. Discovered internationally with his photos of the Baltimore riots, he has gone from an Instagrammer to the cover of Time Magazine. His message of trading cameras for guns is inspiring a whole new generation of photographers.

From abstract to street, Dan’s photos demonstrate a balance between art and photography. He does a phenomenal job incorporating the two mediums together in one style. His incredible photos will surely make you do a double take.

One of the most recognizable street photography personalities on Instagram, Jomayra’s consistent, astounding tones will keep you ‘liking’ for days. Plus her love for umbrellas make all of us wish we lived in a big city where it rained. Her unique hashtag “#undermyumbrellastories” really makes you feel like you are walking alongside her in the streets of NYC.

Amitai has a love for portraits of people living their day to day lives, especially ones taking public transportation. His photos show just how fearless he is to get the perfect shot as he gets super close to his subjects to capture them. Though his photos aren’t posed, his composition is near perfect that it almost makes the photos seem staged.

Efi uses window reflections, mirrors, and obstructions to frame her subjects in a gorgeous way. Her use of light really highlights her subjects and makes them pop out of the image giving it an almost 3D effect.

Jeremie plays off of color and shadows to give his images a mysterious and dramatic appeal. His photos look like stills out of an old movie from the 1940’s. He leaves a little bit to your imagination, leaving you wanting more and more.

You won’t find much color on David’s feed but, what you will find is an incredible use of silhouettes and symmetry. His photos are a perfect balance of people in motion and architecture in the same frame making it hard to not keep scrolling through his feed.

Eugene’s entire feed is complete with vertical images but don’t let that fool you! He uses negative space, neutral colors with subtle pops, and certain crops to lead your eyes wandering all over his superb image compositions. 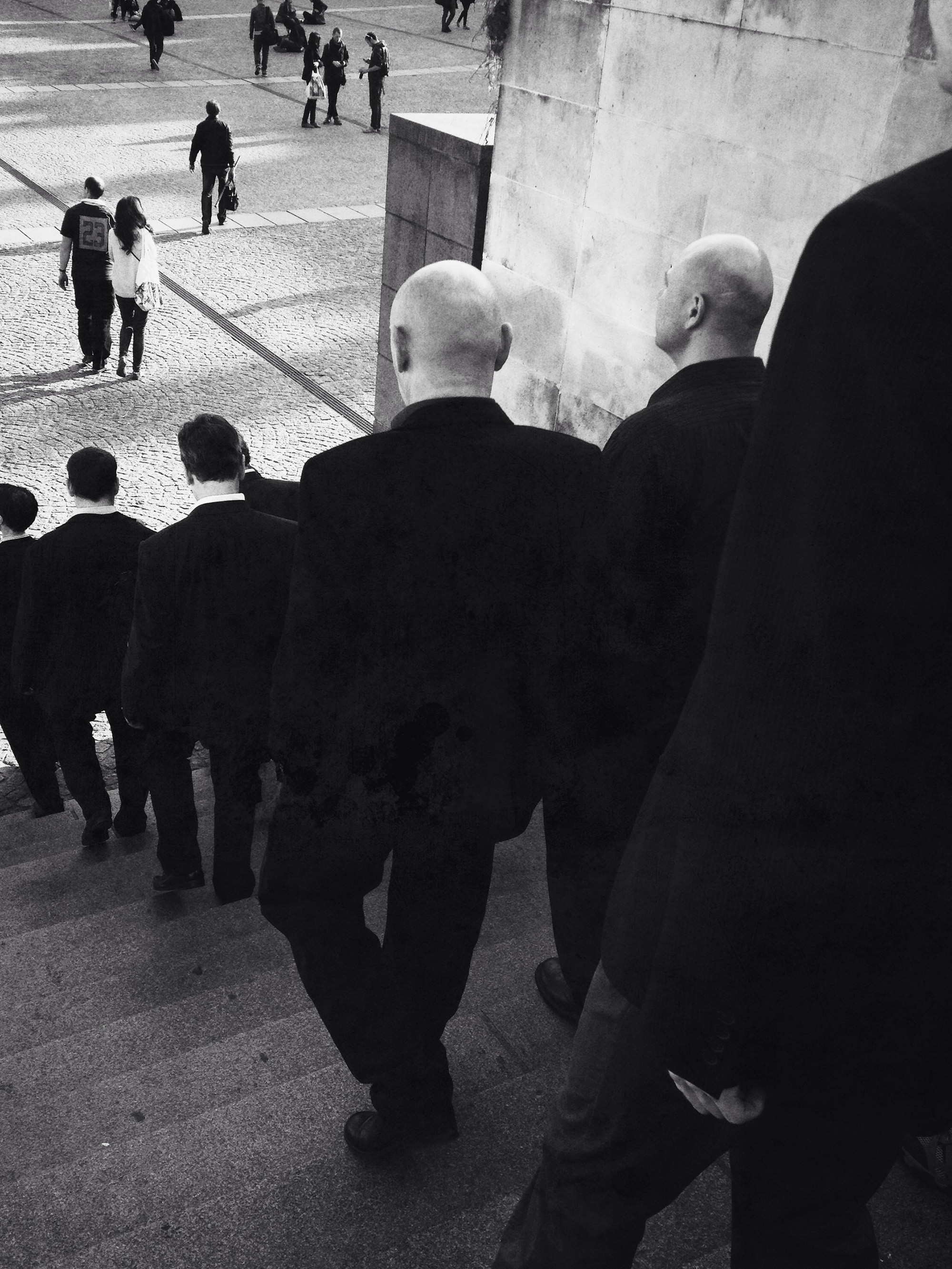 A look at the simple, often passed-by moments that we as humans experience on a daily basis. Strangers moving through time, captured forever through the lens of her camera.

Koci’s photos really have a unique style that blends traditional street photography with grunge effects and surrealism, giving it a nostalgic and eerie feeling. His photos pull you into his imagination, demonstrating what he sees in the world around him.

Guide to Photographing The Real Tokyo