Don’t even think about putting Dan Rubin in a box. He’s not the type.

What you choose to call him is your prerogative: a designer, a photographer, an artist, a musician, an Instagrammer. These crafts are more than just professions. He believes there is power in a designation, which is why he finds titles “messy.” They can even be counterintuitive. Sometimes they actually decrease the value of the words themselves.

So, if he does classify himself, Dan does so carefully. He says, “I prefer not to label myself unless other people need it. When I do, I like to play around with the labels. It's a psychological game for me because I know that other people react differently depending on what title I use.”

We recently caught up with Dan in Reykjavik, Iceland, as the city prepared to shut off its lights to see the enigmatic aurora borealis. Our timing seemed very appropriate. This phenomenon of flowing, unpredictable lightwaves is akin to Dan’s approach to life. They’re both free of boundaries and uncontrolled by external forces. Dan has never been one to allow his work, art, or success to be dictated by others.

Now in the vanguard of mobile photography, Dan’s path was not always straightforward. Like most creatives, he has faced his share of uncertainty. In fact, the camera, which is now Dan’s beacon, was not within reach the majority of his life.

Until the age of thirty, Dan excelled in music, design, tech, and painting, but photography eluded him:

“It's just really strange, considering that what I did professionally up to that point was all visually creative. I mean, I had early, low-res digital point and shoot cameras, I played around with them, but I never saw photography as something that I could do.”

Although he was regarded as an expert in digital and visual arts while running his design agency, Dan felt lost behind a lens:

“I had friends, ex-girlfriends who were photographers, people that I worked with, and they all seemed like magicians to me. Because, whenever I picked up a camera, I was never happy with the output.”

By his early 20s, Dan felt he'd reached the limit of his abilities in traditional artistic tools like oils and watercolors He did not yet grasp that photography would be the key to unlocking his artistic truth. Dan says, “I would see a beautiful scene and think, ‘I wish my sketching skills were better so I could sit and capture that.’ Never once did I think, ‘I should probably learn photography.’” Dan’s unrealized talent came at a cost, but he felt his training fell short. “I just didn't [take up photography] because I didn't have any mentors. I had no one around to push me or give me advice.” 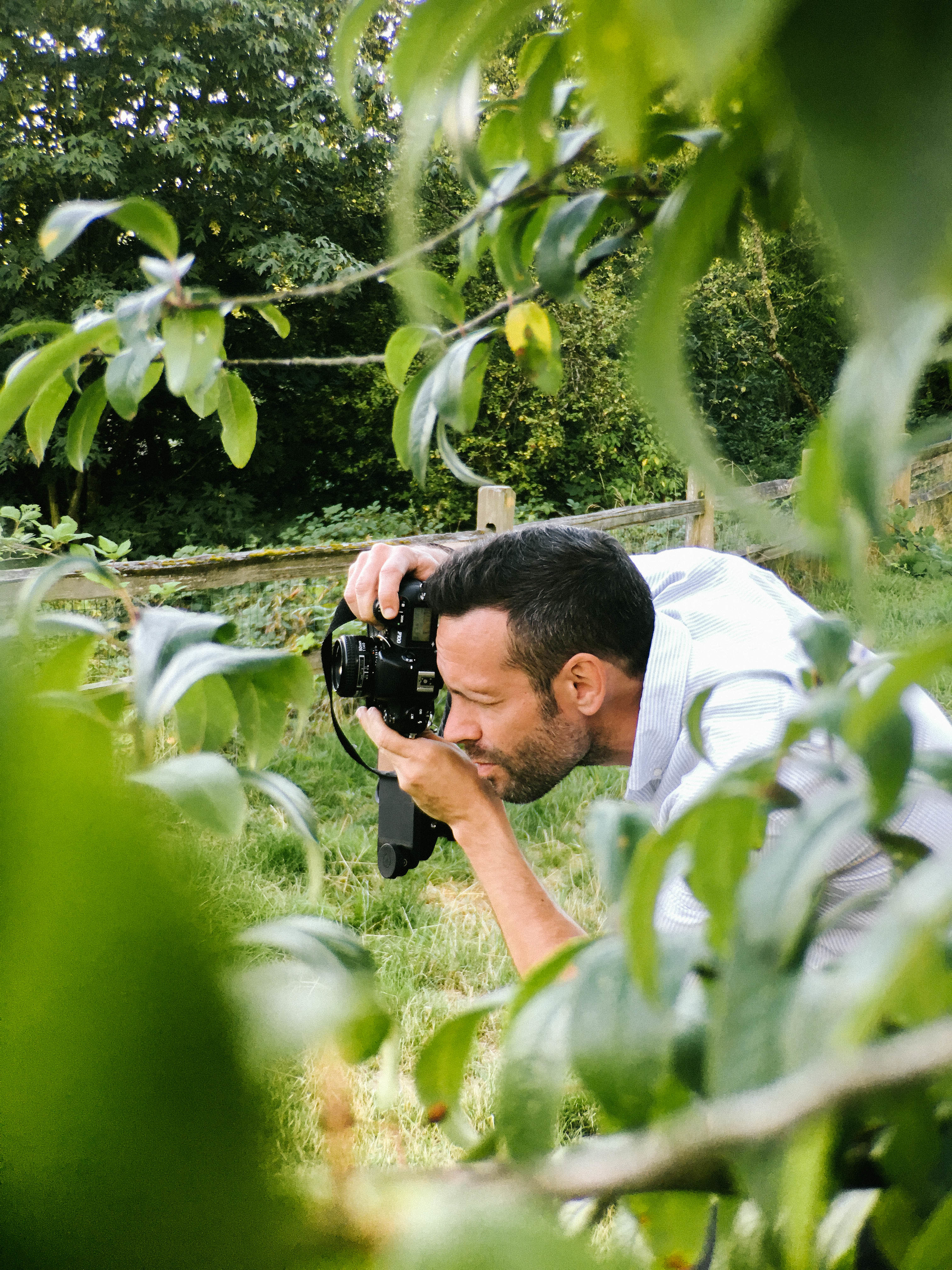 On a whim one day, Dan decided to pick up a discontinued Polaroid SX-70 and shoot some film. Something shifted inside of him when he saw the first images that came out of the camera.. Even though he had held a camera many times before, a deep hunger was sated. These instant, tangible images captured the “brilliant patches of light and angles and colors” Dan had seen in oil and watercolor compositions but yearned to master through a more realistic medium. Dan shares his realization, “The minute I tried [the Polaroid SX-70], a camera and film that reprogrammed my understanding of what I could do with photography, it totally changed my life.”

That instant camera, those packs of film, and that day changed the course of Dan’s life, and who he understood himself to be as an artist: “There are very few days since then I have not taken a photo. That day, suddenly, I had a tool that was right in front of me the entire time. I didn't know it was there, but it fulfilled a desire that I'd always had. I've not been able to put a camera down since.”

As he began to traverse the world of photography, Dan discovered that he could manipulate titles to his advantage. After moving to the U.K. and donning the label “photographer,” Dan rapidly established himself in commercial photography: “‘Photographer’ was the first thing I said to people when I introduced myself. It's amazing how that changed people's behavior toward me within just a few months.” Dan's expertise exploded, but a familiar worry loomed just over his shoulder.

Ultimately, Dan fears reaching a creative impasse. But that same concern has presented both obstacles and opportunities for growth. It’s even driven Dan to greater achievement. Through it all, Dan’s unrelenting experimentation is always what sets him apart.

“As a result of playing with a camera most professionals ignored (I started seriously shooting with an iPhone 4 in 2010) and focusing on the most simple output goal — the highest quality possible — I managed to stand out and make a name for myself….By shooting multiple formats and cameras, my understanding of what’s possible with photography is constantly expanding, and what I learn from shooting on a smartphone (or large format film or 35mm mirrorless digital camera) all folds back into my experiments.”

Rather than settling comfortably for a title, technique, or tool's limitations, Dan has chosen the alternative route of boundless experimentation. He advises, “Become so familiar with your tools that you can start pushing them beyond what they have been designed to do. With the iPhone in particular, that was my main interest for years, seeing how far I could push the quality of the small sensor and lens, as well as post-production tricks, to reach a result that most people wouldn’t assume was shot on a smartphone.”

Over time, Dan found a new perspective and mostly tucked away his fears of hitting a plateau. He shared with us his best recipe for preserving an artistic flow at any age: “I think really good work requires a balance between [young and old]. The struggle for someone who's young and fresh and new is to gain experience. The things they don't know, don't understand, and can never see until they gain that experience, they don't even know they're missing. The challenge on the other end, [for older creatives], is to constantly seek a fresh point of view and to not be scared of experimenting and trying and playing.”

Dan looks to the younger generation when he craves new perspectives. Recently, he was a guest on the YouTube series on film photography, “Negative Feedback,” hosted by London-based photographer George Muncey. “[George] is 21, so he's actively learning life lessons I may have already experienced, but have since forgotten. Getting to work with him, see how he works, but also have conversations with him to understand what he doesn't yet know and how he approaches solving problems, is just really exciting. I think people who close themselves off to other generations are the ones who are slow to keep up with progress.” 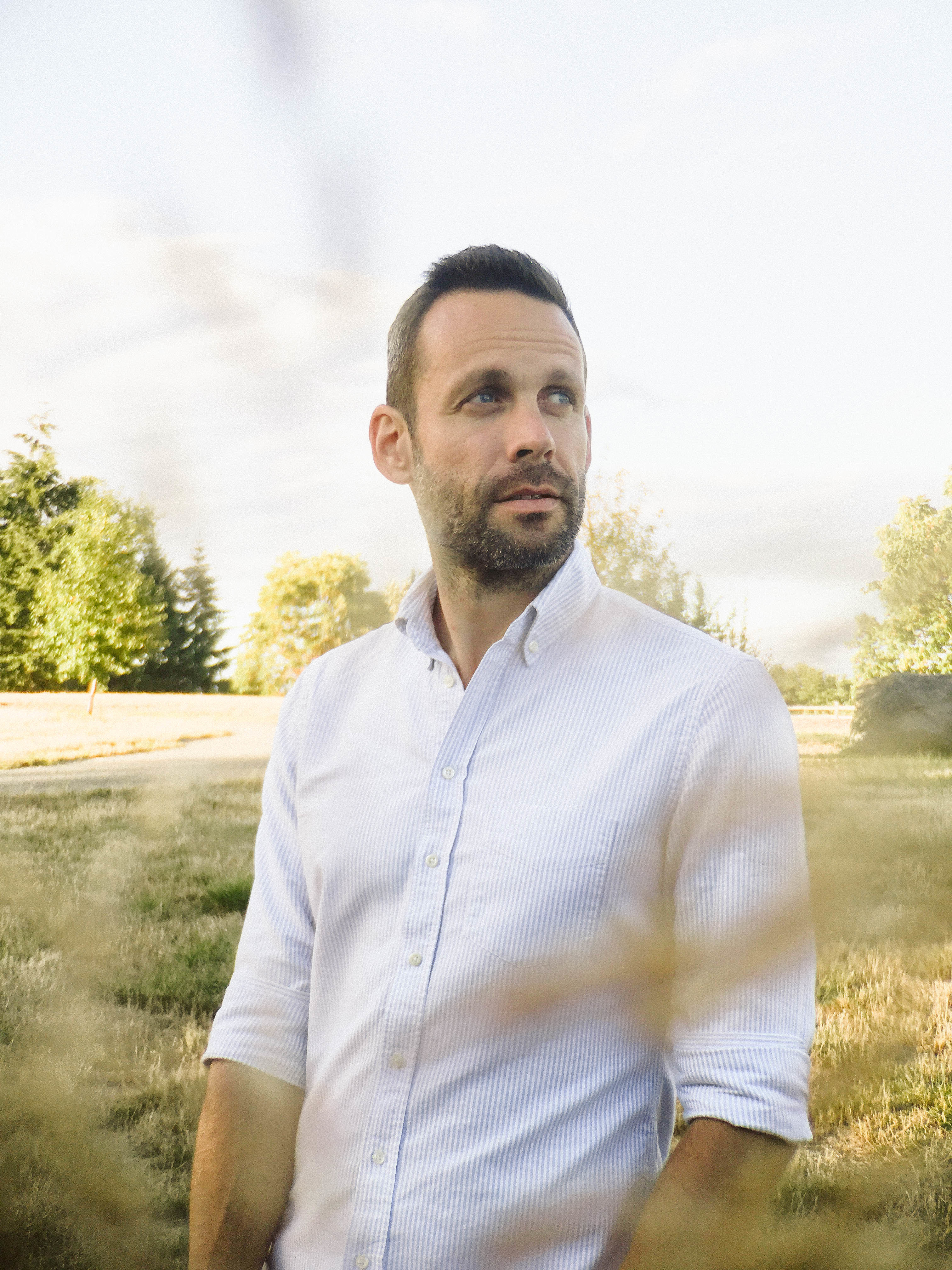 What is most refreshing about Dan is his unabashed experimentation with photography, “Whether film or digital, exploring new ways of seeing is as easy as changing a lens or shooting with a different film stock, and you always learn from it.” His unfettered approach to art will always leave room for unexpected outcomes, much like his discovery of photography in the first place. Dan puts it best, “I want to do things I haven't done before, but I also want to do things most people aren't doing. I think the best way to discover something that hasn't been done before is by playing with whatever interests you the most and finding the unique places where those things intersect.”

Photography, like light, or life, will never reach a fixed point for Dan. Although he has achieved notable success as a photographer in others’ eyes, Dan is focused on appreciating the aspects of life that bring him joy, like learning and spending time with family and friends. He believes that ambiguous metrics, like success or status, are “red herrings.” After all, there is no end-point to creative growth.

Real Dads And What They Want This Year

How to Take Jaw-Dropping Photos at the Grand Canyon