When you hear the name Hercules, I’d guess that you mentally dart to an image of the ‘97 Disney movie hero: quaffed hair, huge muscles, and a handsome smile. Son of Zeus, invulnerable, you know the drill.

Your mind, however, should instead dart to Instagram’s own Hercules. He’s a slender, 160-pound, 6 foot tall man in a mean pair of suede chelsea boots named @erickhercules. He might not win in a brawl, but as he would say, there is more than one way to be a titan. 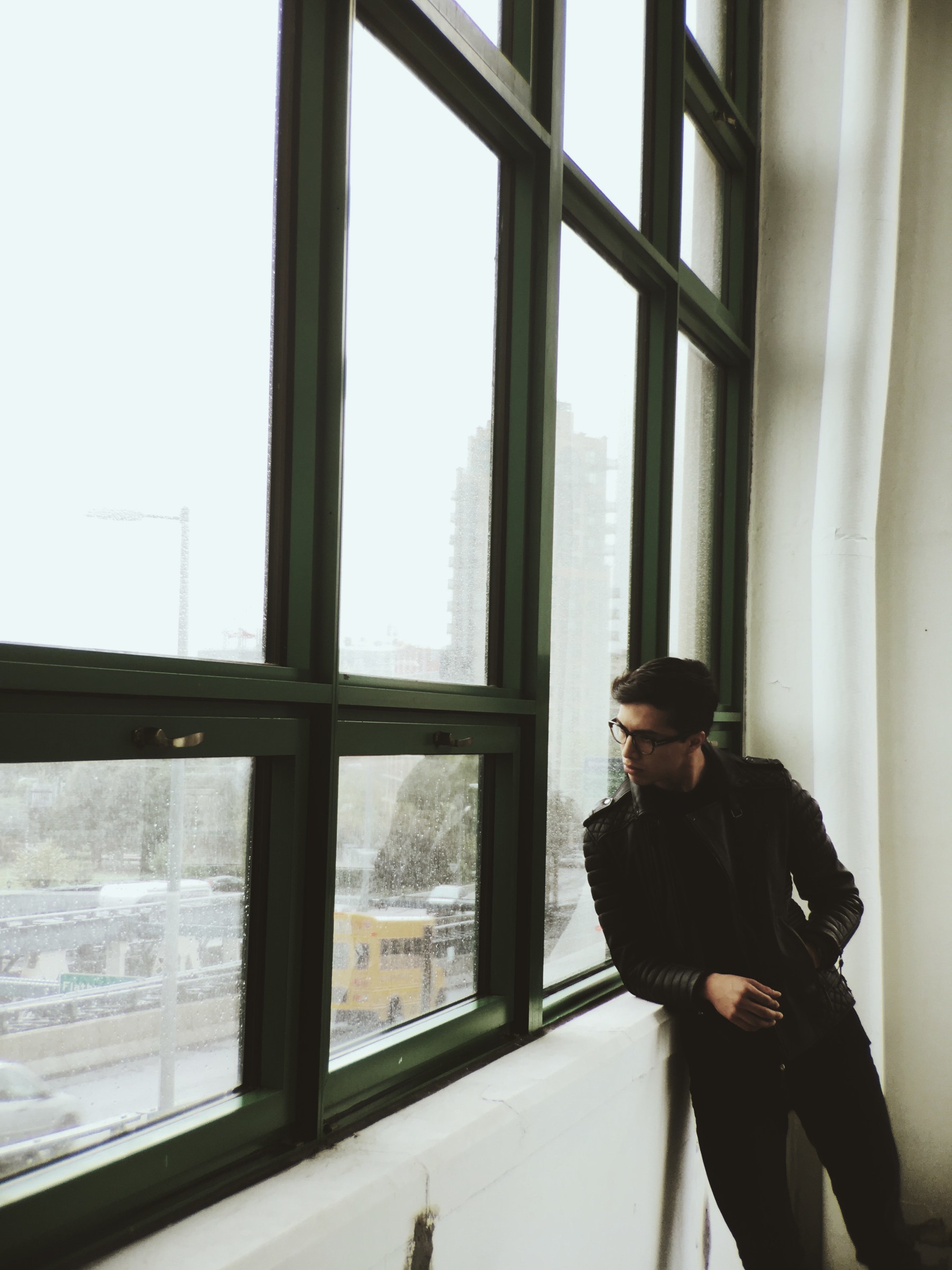 So seriously, how did you even get the name @erickhercules?

EH: Urgiles was my last name. People couldn’t pronounce it, so I just went by Hercules. My friend and I started a t-shirt brand called Hercules New York. Soho was a big scene for me; bape was just becoming popular. A lot of the designs coming out weren’t that great, but who wants to pay 70 bucks for a t-shirt? After that project ended, Erick Hercules just stuck.

You didn’t find that ironic? You look like someone who definitely still gets carded.

EH: In my opinion, Hercules is in the mind, not in the body. Anyone can be super powerful and inspire others — not necessarily with stature but with actions.

Fair enough, so how did all of this Hercules business get started?

EH: I shot the lookbook for Hercules New York and fell in love. Quickly after, I told my best friend that the clothing wasn’t really my passion. I was doing it because it was cool; it wasn’t something that I really loved.

It all started with posting tasteful images of myself doing cool stuff. Random pictures of my shoes and my music. I loved to bug around with the angles.

Then came shooting buildings and vantage points. From there, I slowly I got into the photography community. I started following @lastsuspect, @kostennn, @humzadeas and became friends. We started going on adventures together. We all grew and motivated each other and parted different ways. It’s funny how you can meet people with the same artistic view as you, and that shit just changes your life. The fucking internet, bro. 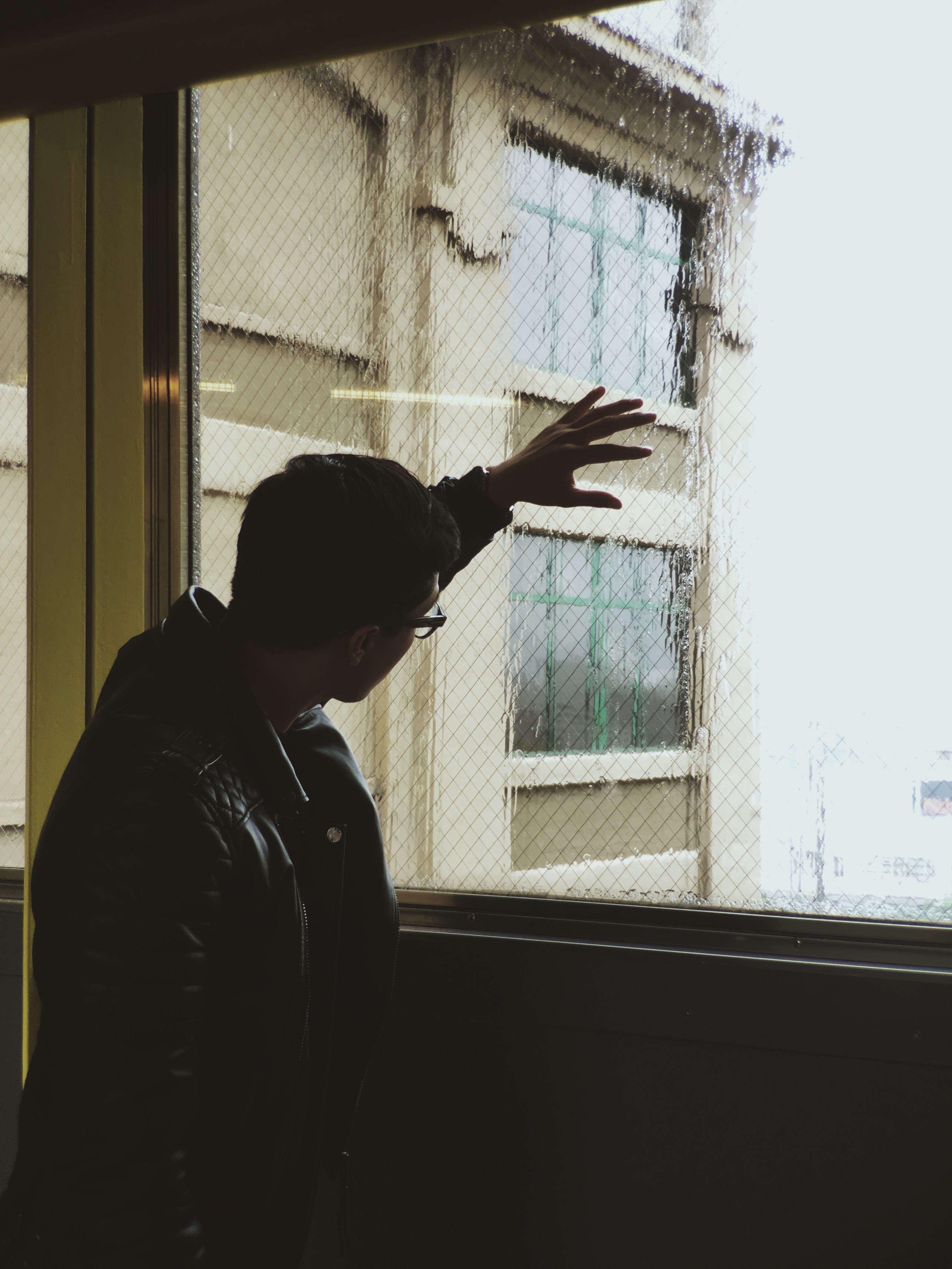 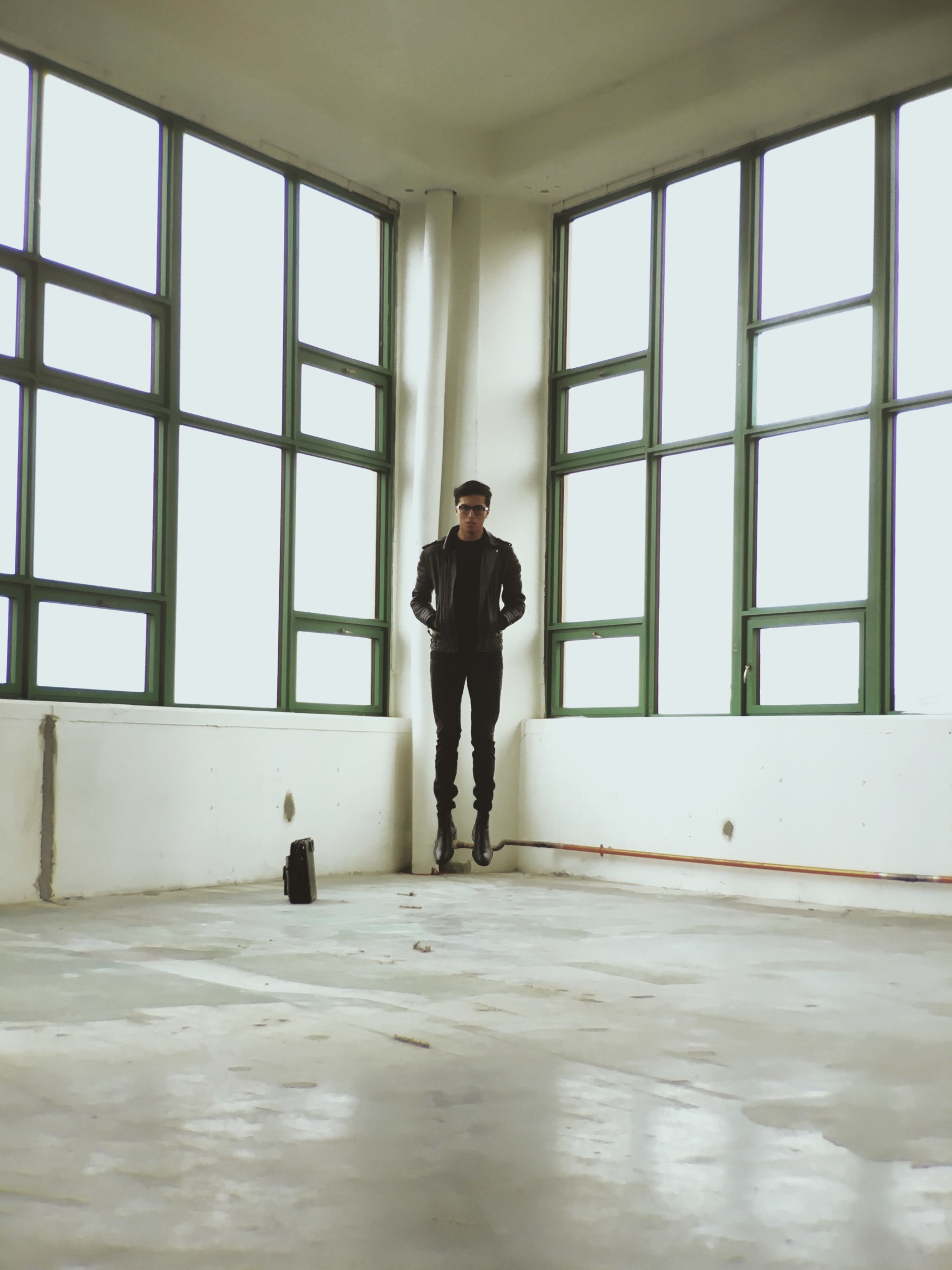 How long ago was that?

So what have you been doing between then and now?

EH: I just recently finished a project with Converse. I got a phone call randomly with a proposition of me shooting this Converse campaign. Four days later, I was shooting it. It was by far the most stressful campaign I have ever done. They wanted levitation, splashing in the middle of the night, etc. But you can’t up the ISO too much because it’s a global campaign!

I didn’t sleep for like a week. They hired me for one day, but we had to schedule 3 more days to shoot the night time sessions.

It was a great experience. They know what they want. They are specific with the things they need. They were a cool team to work with. It was my first time working with a team of like 20 plus people. It was a humbling experience for sure.

What was so humbling about it?

EH: It was really humbling for me that such a brand would trust me to deliver the images they need. I was the emergency option. They didn’t like the ones from a previous shoot.

We as artists always doubt ourselves. Once you get to know the weaknesses and strengths in your art form, you know how to grow from each one. There is always room to grow. That’s the beauty of being an artist. There is no limit to what we can achieve, which is one of the best things in the world. There is always room for growth. 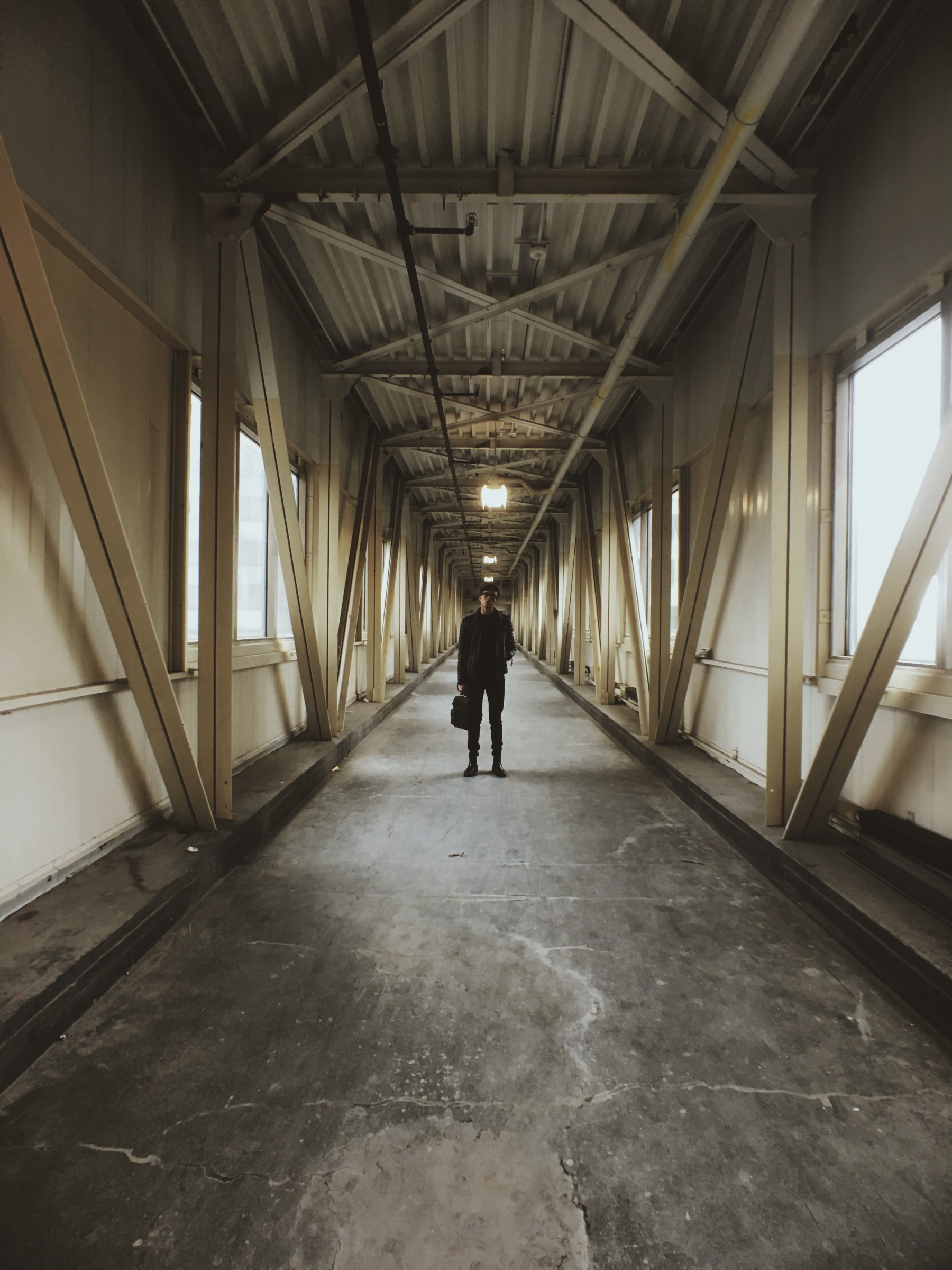 Did you ever think when you first picked up the D80 that you would be shooting for Converse?

EH: NEVER! Never in my life did I think I would be doing this for a living. I went to school for opera, so that was my main art and focus at that time.

So what was your defining moment? Bridge us between then Erick Urgiles and now. What was a moment of pivot in your career?

EH: I was in the Google office in NYC with an organization called Student Dream, who advocates for entrepreneurial education for minorities. I was a guest viewer, since my friend Nena Ugwuomo runs that program. While there, I got to meet with a lot of talented people [business development, banking, investing, entrepreneurial education professionals, etc], and I got to ask them a lot of questions. Nena and Student Dreams basically put together a great team of lecturers who would help develop all areas of an startup.

The question I asked them sparked a lot of growth for me: “How can I make my photography different than everyone else’s.”

I asked that question because I needed to know how to set my art aside from the rest. I knew I had the skills and something different to offer, but I didn’t know how to exactly “own them” or “make them my thing ” at that time. I wanted to know, “How can I grow from this?”

They said, “You should do it as much as you can, build a reputation for it, make it your own.” And “you have to find your niche; that’s what makes you successful. A lot of the influencer marketing revolves around creativity.”

Dang, that’s a good question. What did you do after you got this advice?

EH: My first reaction was a “Yes, this definitely makes sense! ” in my head. So I asked that initial question and they asked what I had that made me different. I responded with puddle photography (puddlegrams) which were growing in popularity at that time. As well as levitation.

They asked what I levitated, and I said people. They said that I should levitate everything I get my hands on. And that I should do it more and more. And that really stuck with me because persistence has definitely been a key element in my art’s advancement!

After I got that advice I’ve got to work and came up with the levitation on the hand thing. As well as footwear. And that’s when all the buzz started to come. 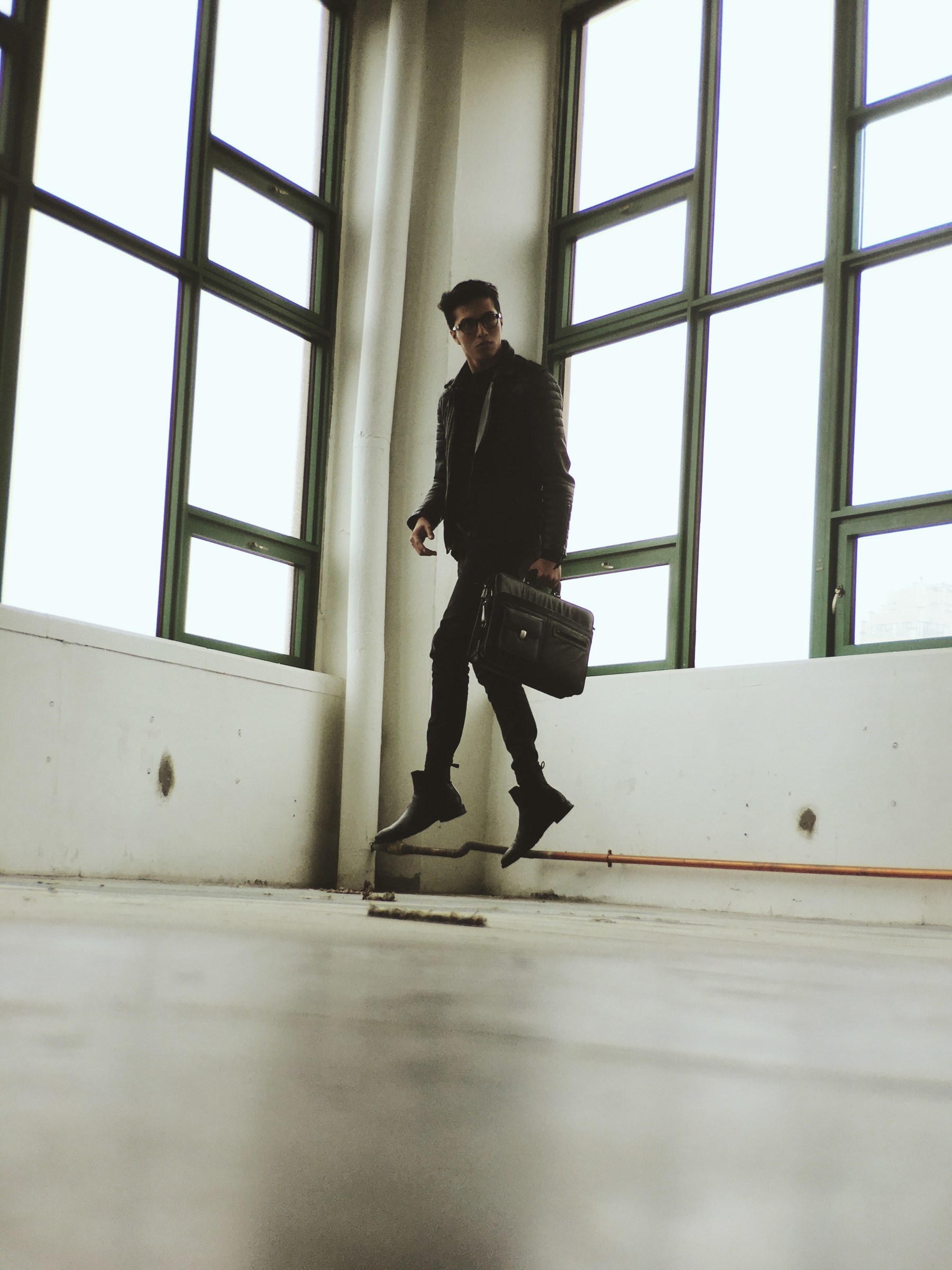 So at what point did you know you had “made it”?

EH: I was doing my first Palladium shoot, and I had a digital technician. I was working with 4 models. It was 2 days. It was the first time I worked with a whole crew, stylist and a makeup artist. I was so nervous.

What advice would you give to a burgeoning photographer?

EH: Work in small steps first, and little by little, move on to bigger things. I started with Stutterheim when they were first starting. I did a free shoot for them. You’re not going to get rejected if you use what you’ve done before as leverage. People want to go shoot straight for Nike, but what kind of background do you have? What ensures that this company is getting the best person for their job. The best leverage is the portfolio you carry with you. 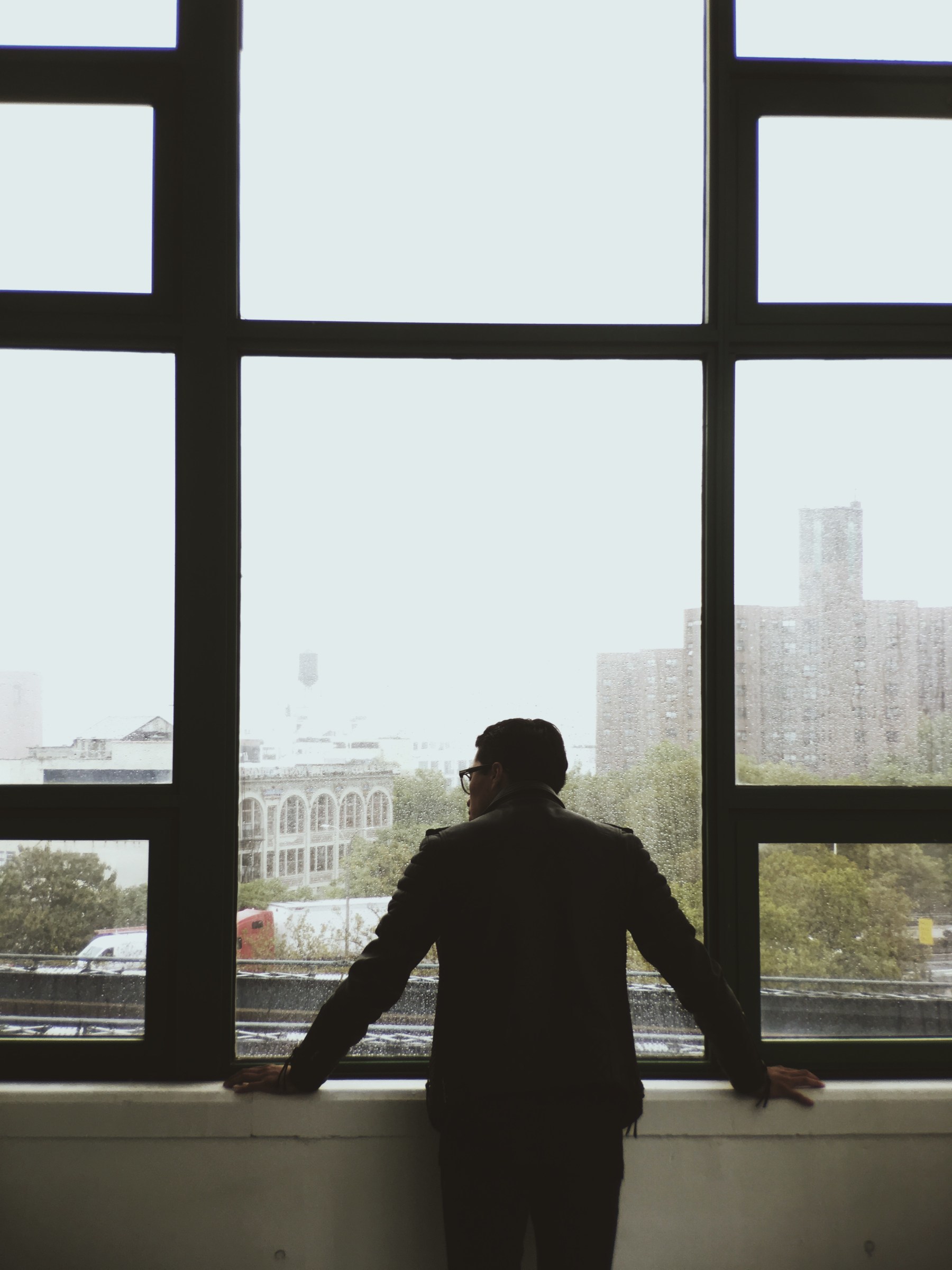 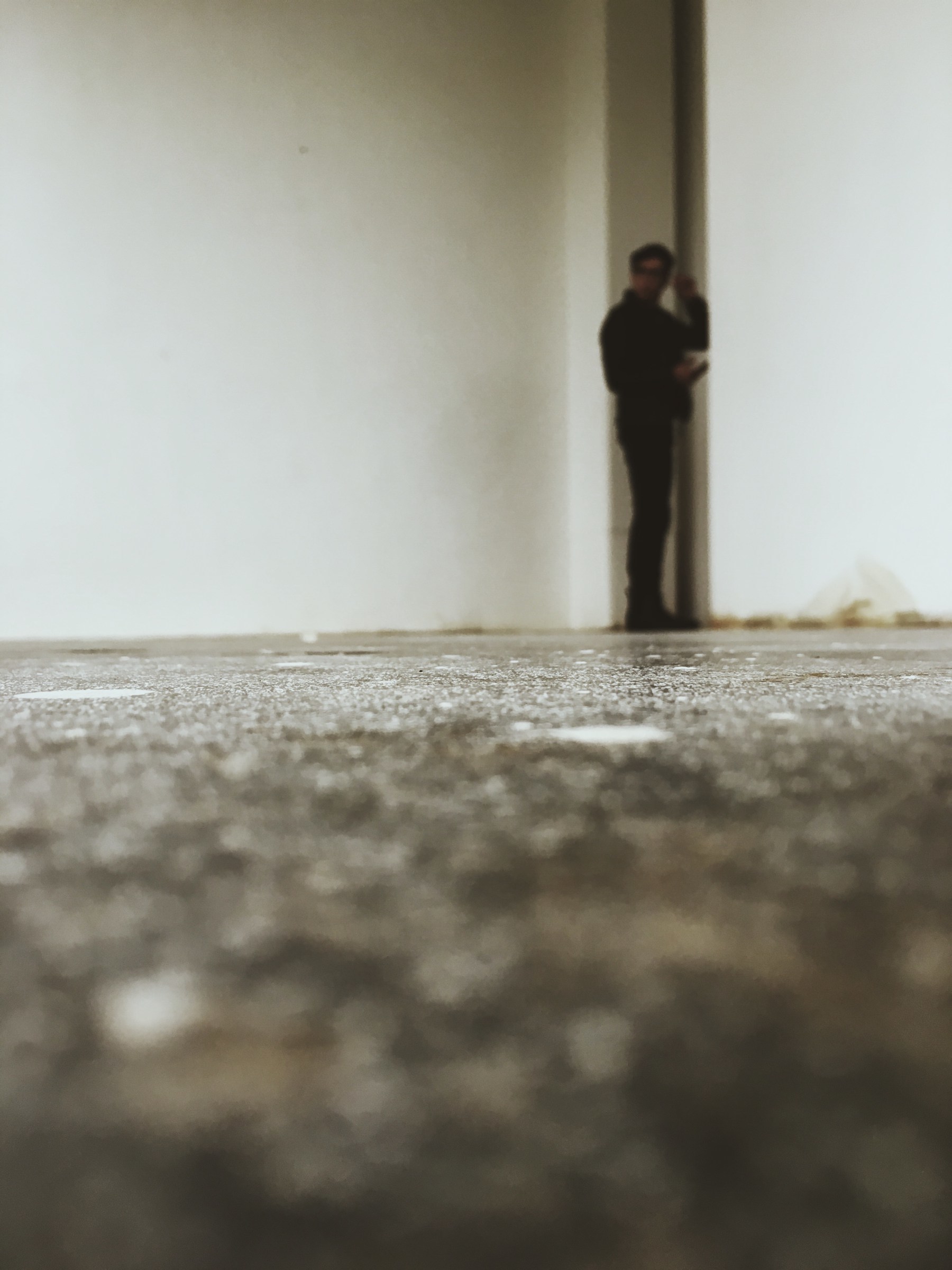 How do you keep or grow your clientele?

Speak a little more on consistency.

EH: It’s essential for marketing. After that Google meeting, I realized that you have to find a consistent niche in order for companies to take you seriously. Not necessarily what you shoot, but how you shoot, how you edit, and how you see things.

Also! Make sure to never lose interest in the product or brand you’re working with. Do not over-book yourself; it decreases the quality of your content. It decreases the effort you put into everything you do, and it decreases your consistency.

If you feel like you’re not getting hired enough, lower your prices.

If you feel overwhelmed and are getting hired too much, raise your prices.

It’s all supply and demand.

Any last pieces of advice?

EH: Go to as many networking events as possible. That builds up in an organic way. Portray the best version of yourself. Inspire people, and get inspiration from others in the real world.
We live in a social media world, but who are you in real life? 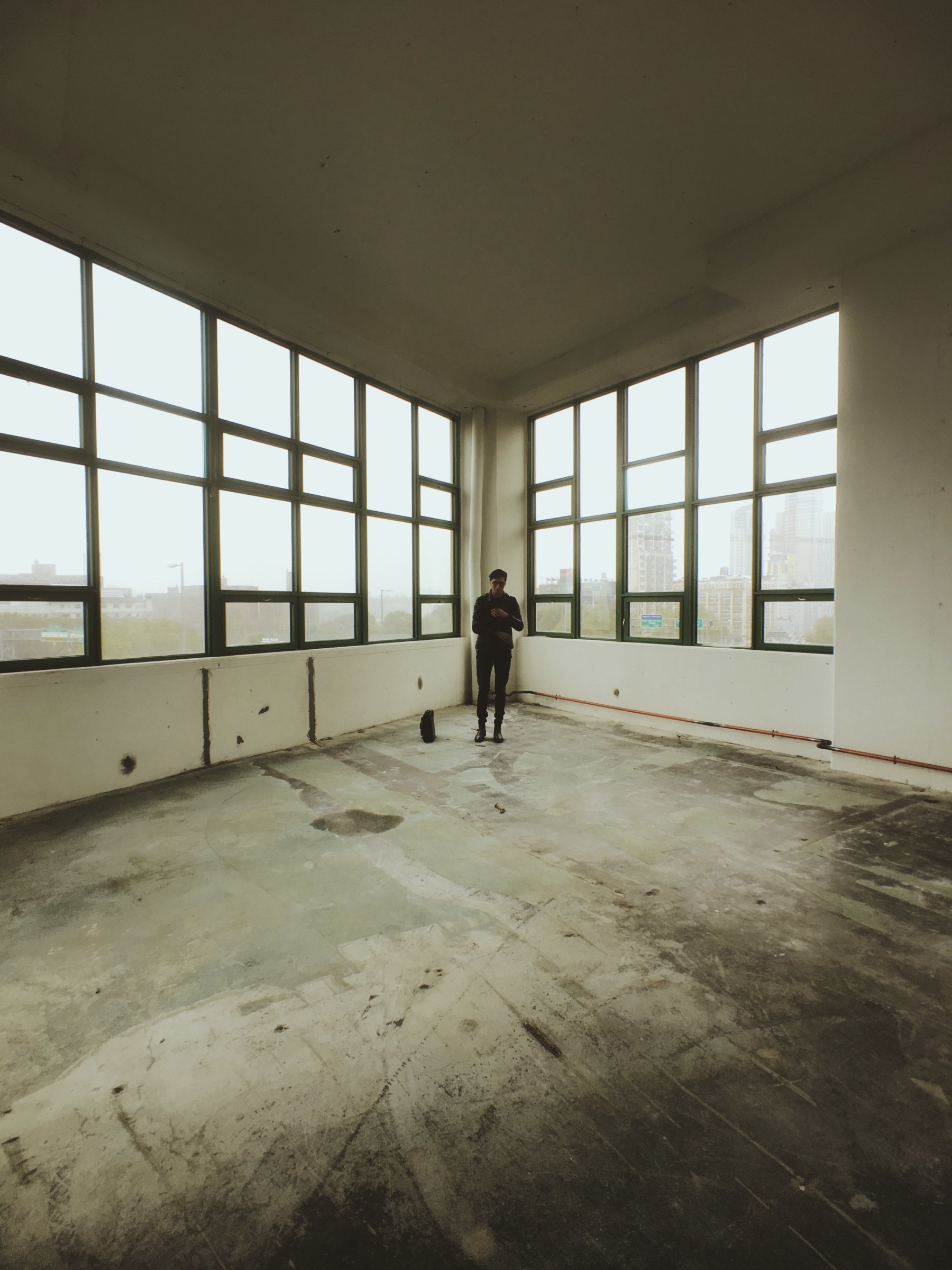