Bullet trains, neon lights, vending-machine-everything, and enough screens to give Times Square a run for its money. It’s easy to see what makes Tokyo a prototype for cities of the future.

But Tokyo’s beating, robotic heart is subtler than its capsule hotels and robot cafes suggest. It’s in the quiet social cues, the dance of 13 million lives weaving along harmoniously — a silent undercurrent that carries the city forward.   A population this dense and its thriving economy require that elegant rhythm. And the elegance reveals itself not only in the visual design of these systems, but rather in how seamlessly they operate. Functioning at the intersection of convenience + comfort + efficiency, the most futuristic thing about design in Japan’s capital city, is that it is human-centered. 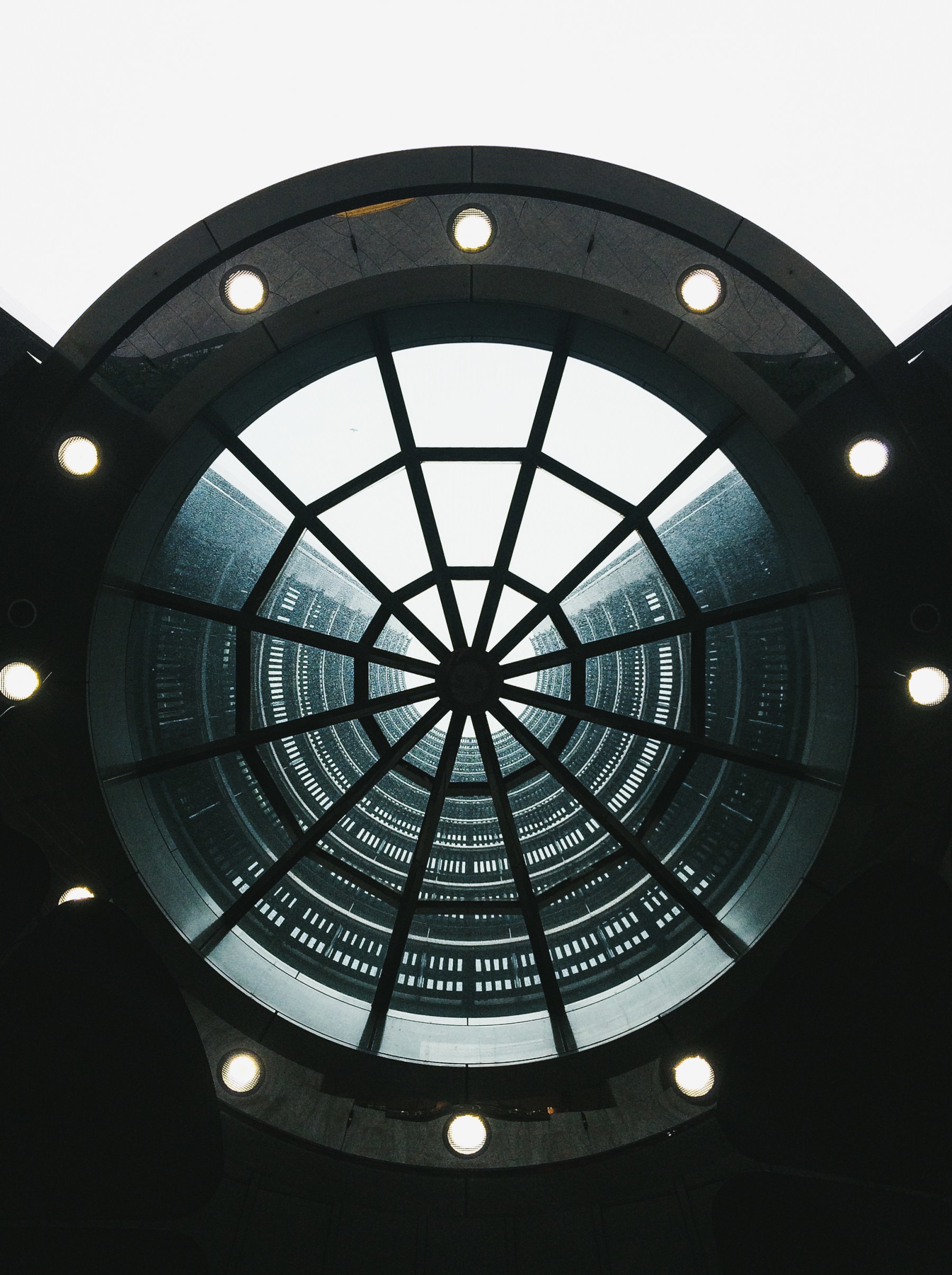 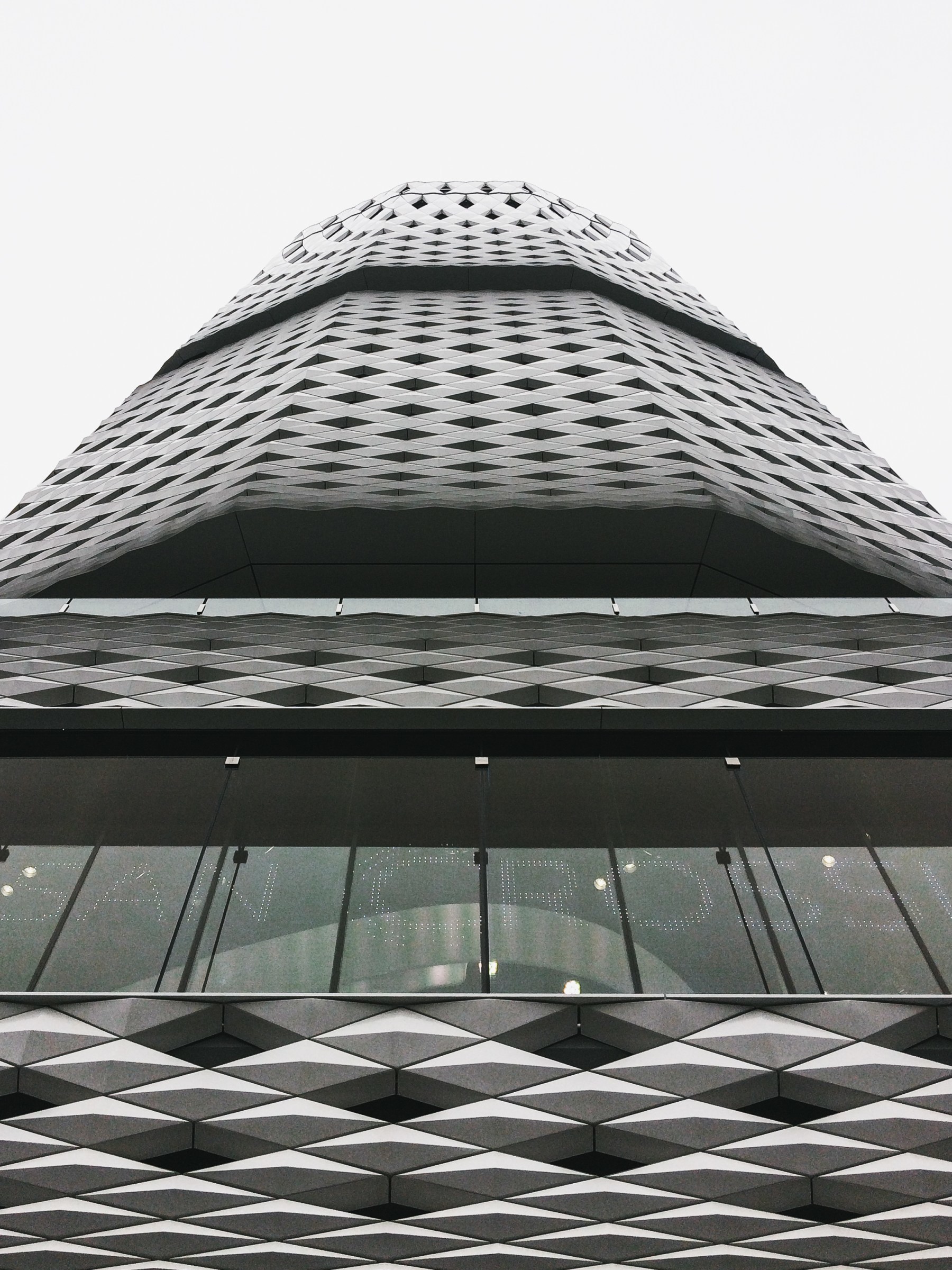 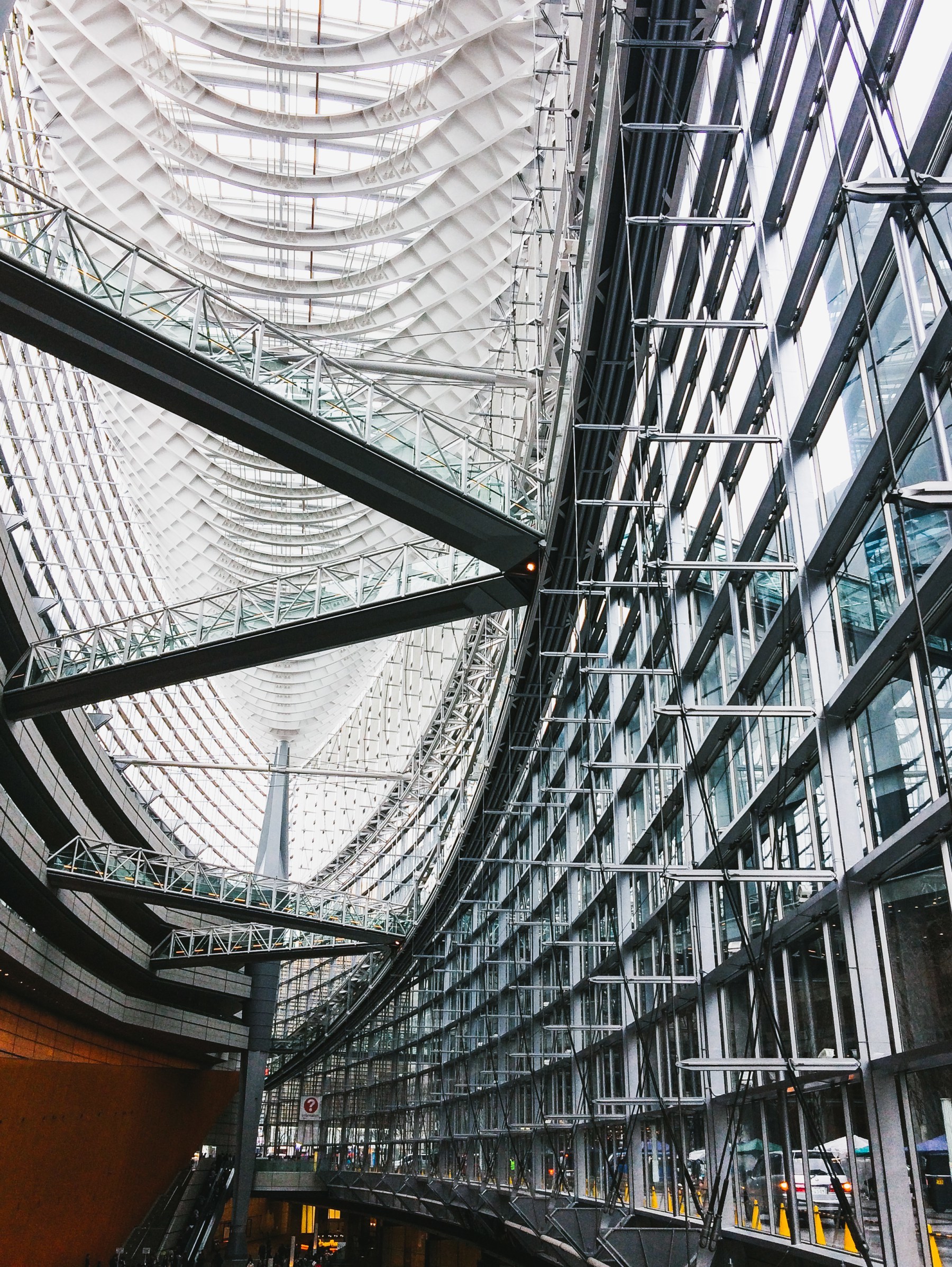 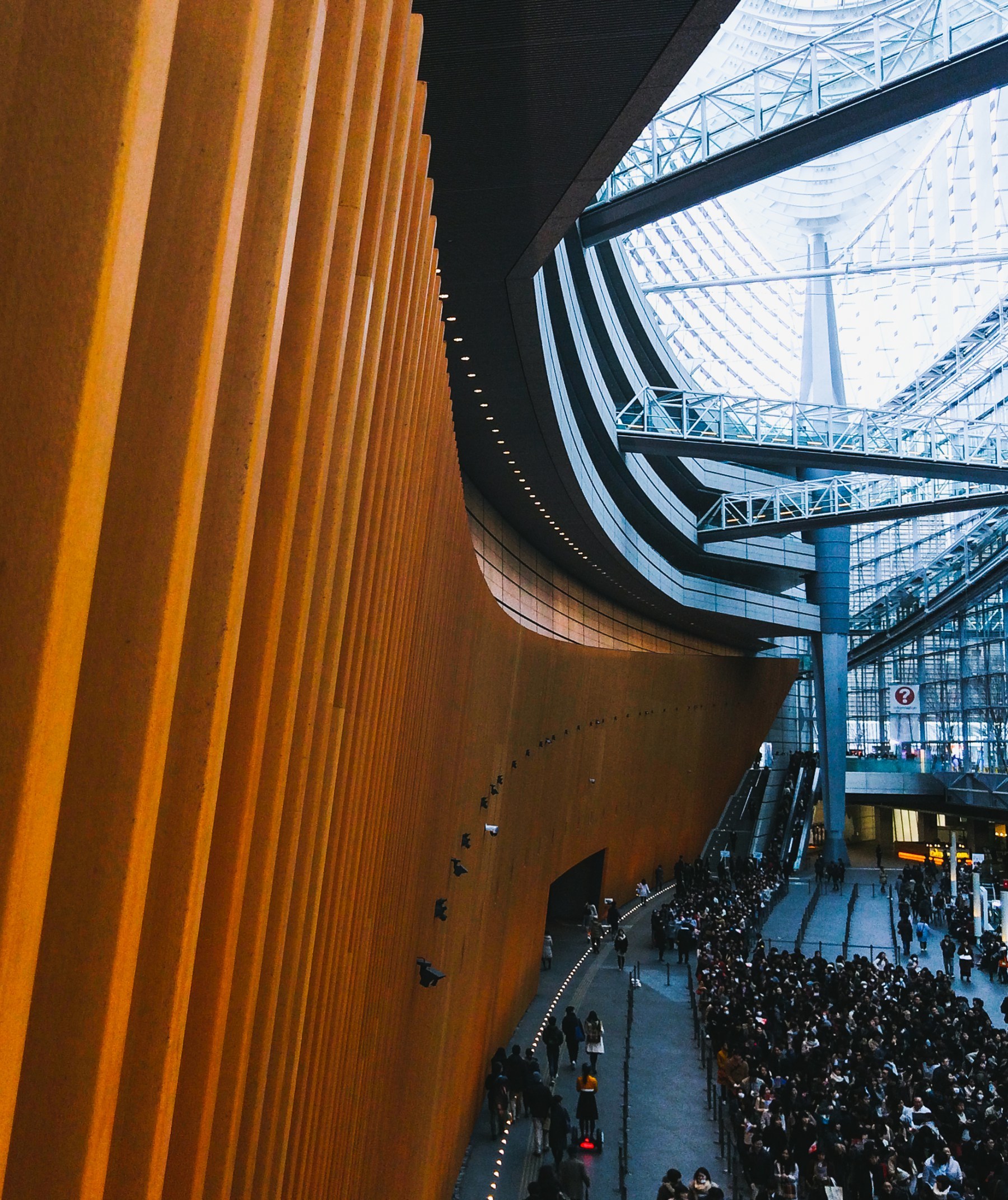 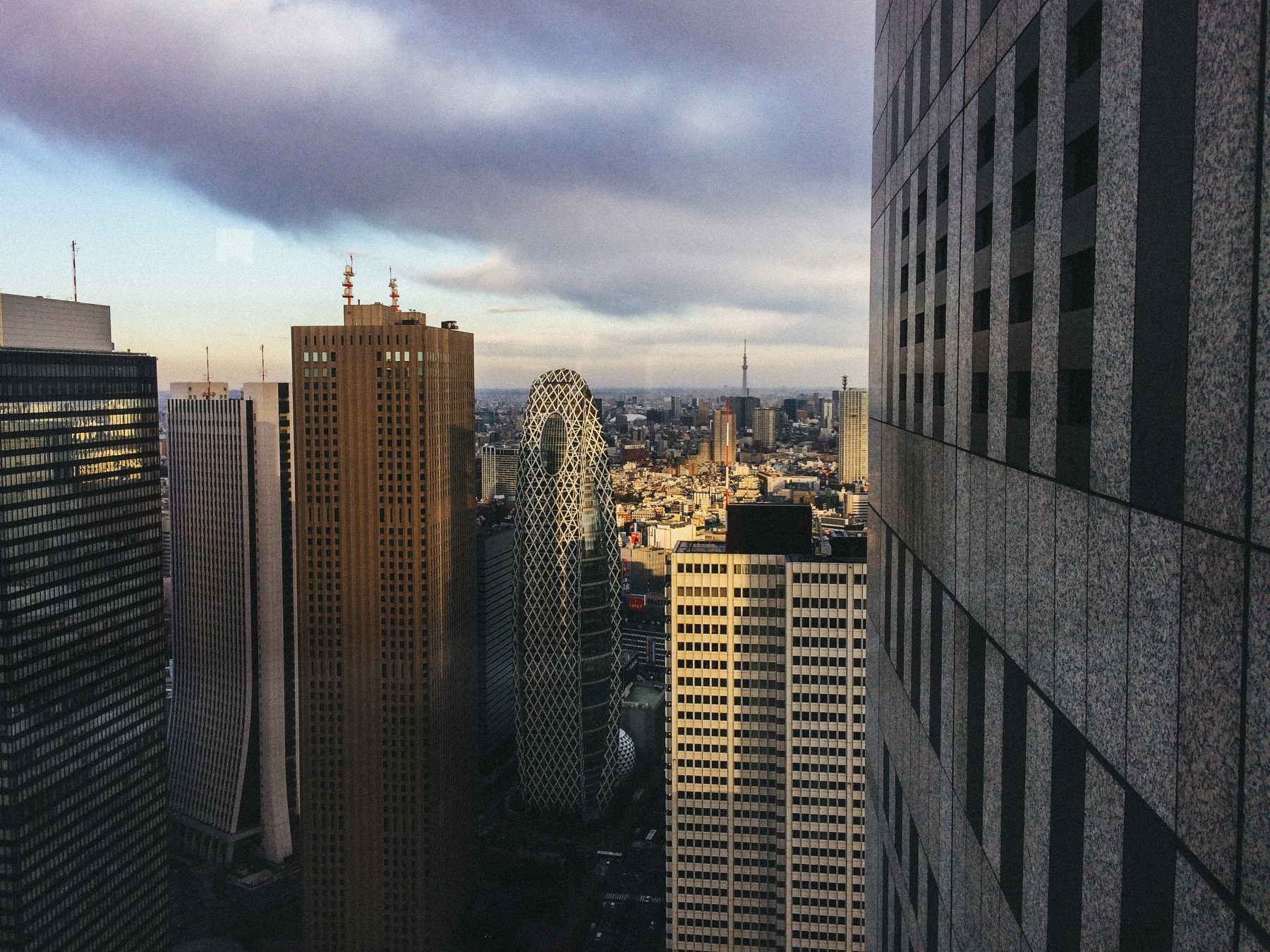 Space, like most things in Tokyo, is optimized. In such a physically cramped city, the amount of available walkways and pedestrian overpasses is impressive. It helped us to avoid waiting at crosswalks, while allowing traffic to flow without interruption. On a sleepy Sunday in the Ginza shopping district, we witnessed one of the major streets being blocked off, solely for pedestrian use. Whole city blocks, lined with shops, were all closed by city workers and patrolled by police. For a few hours, people could roam the streets (and take about 10 million selfies, by my modest count) without worrying about traffic.

As a Chicagoan, it’s hard to imagine what kind of nightmare gridlock this would create on Magnificent Mile (our shopping district), if our city were to follow suit. But in Tokyo, it’s possible BECAUSE the city is so interconnected. Local & JR trains, subways, buses, (and expensive taxi rides that encourage people to utilize public transportation,) all play their role in facilitating this pedestrian culture. And, it is incredibly safe for bikes. Even without designated bike lanes, the average bike commuters rarely wear helmets, day or night; only those speeding by on sleek FUJIs seem concerned about collisions. 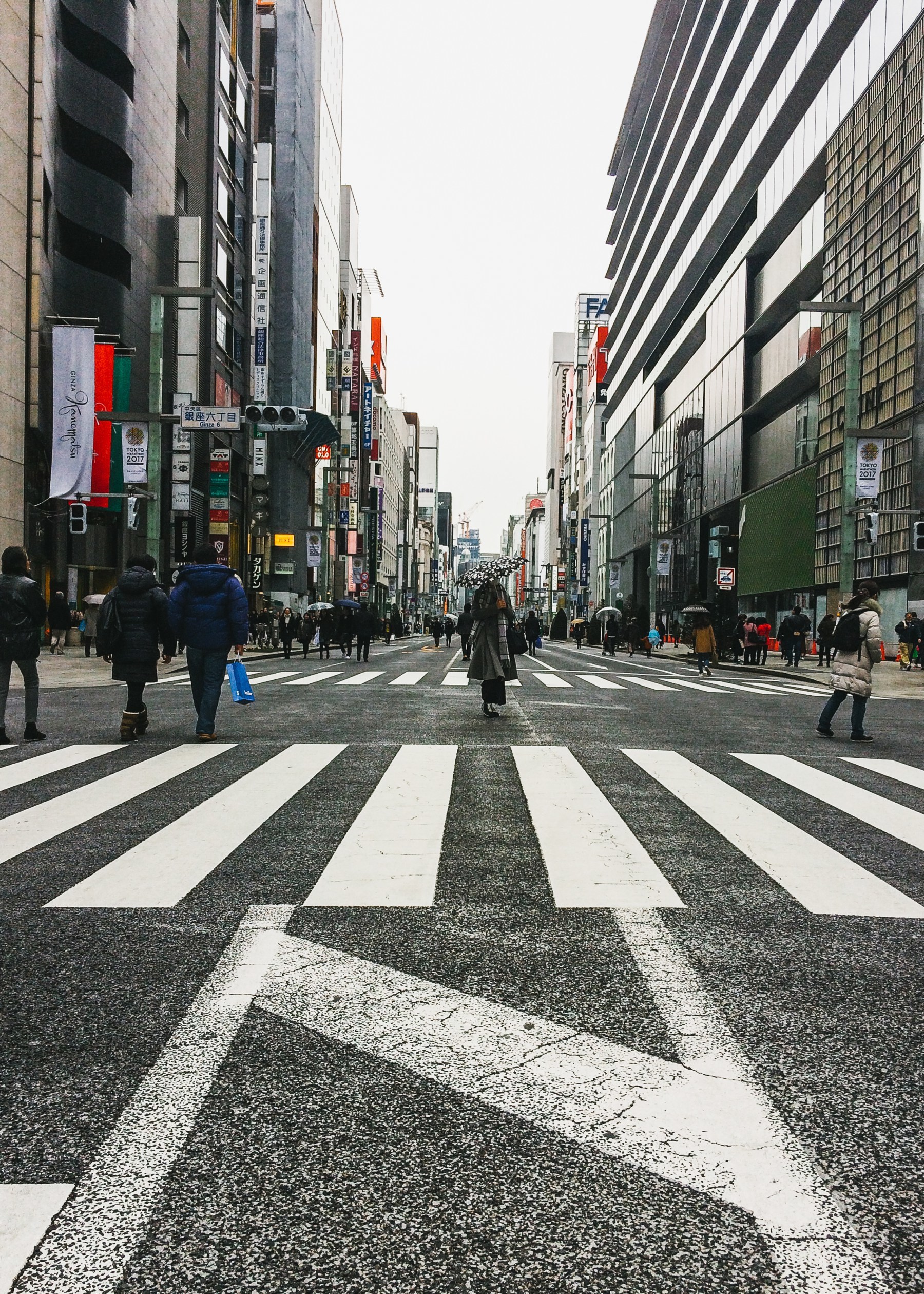 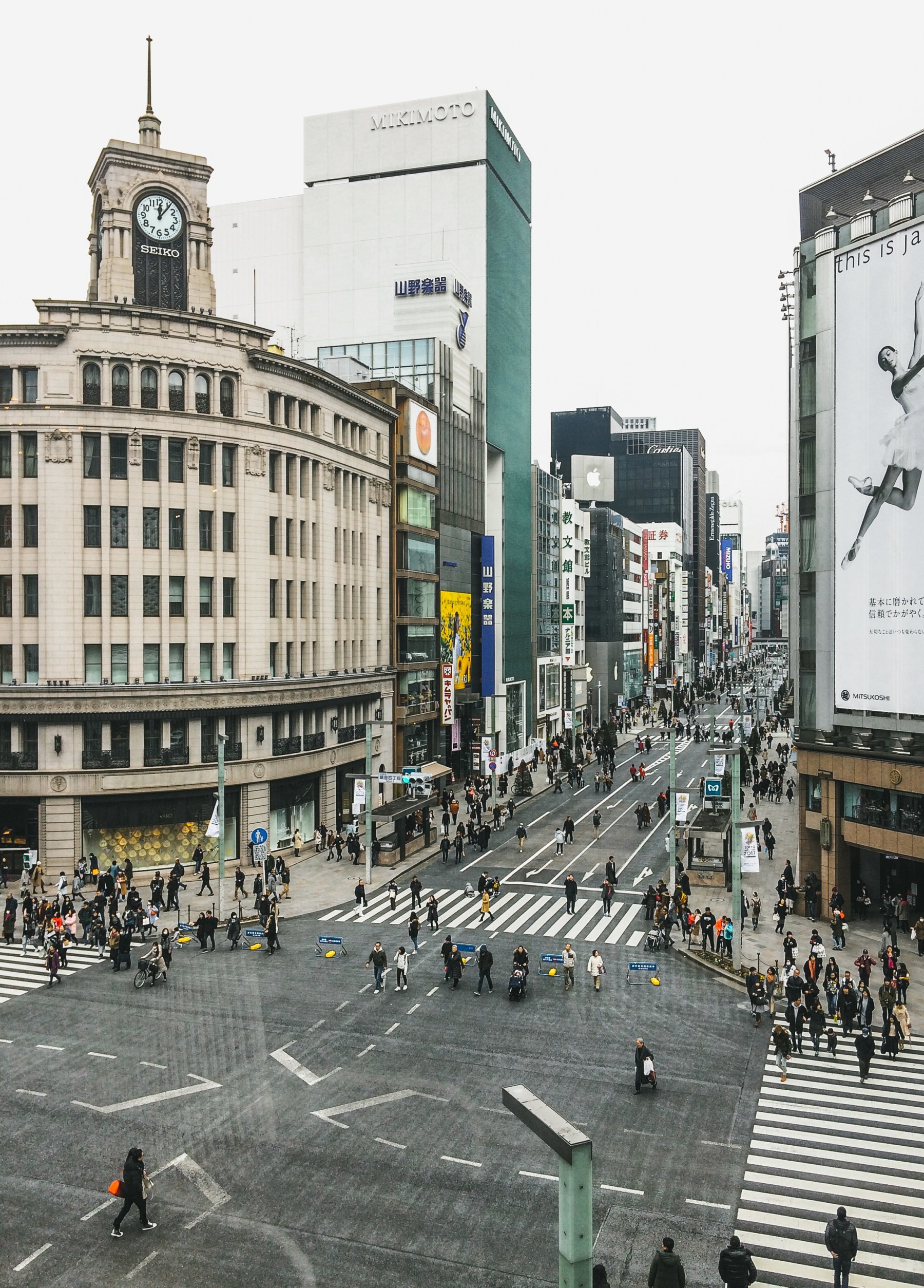 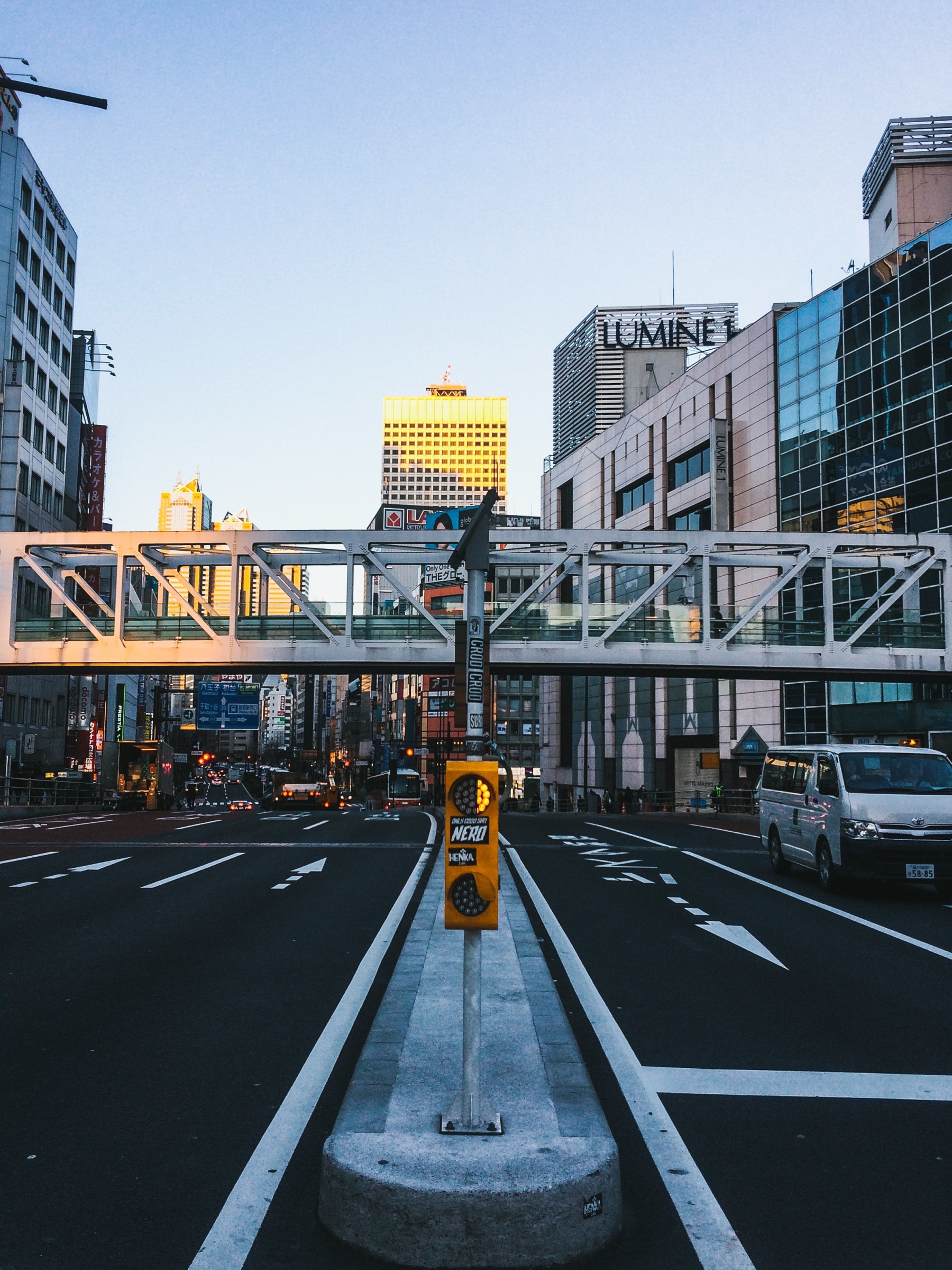 Most everywhere we walked, whether it be on the sidewalk, through train stations, or in underground shopping complexes, there was always a yellow, raised dividing line that split the area in two. The yellow lines act as a guide for the visually impaired, helping them to navigate through the bustling city with more ease. The yellow lines indicate a safe zone to stand behind for boarding trains, and when to stop for traffic lights. And it’s not limited to Tokyo; Japan as a country has been a pioneer in creating systems for the blind. Braille is found easily throughout the city, and most stoplights chip or sing (the common choice is Tōryanse, a tradition Japanese children’s song) to signal when it is safe to cross. Some songs have even become ingrained in pop culture (see: Animatrix). 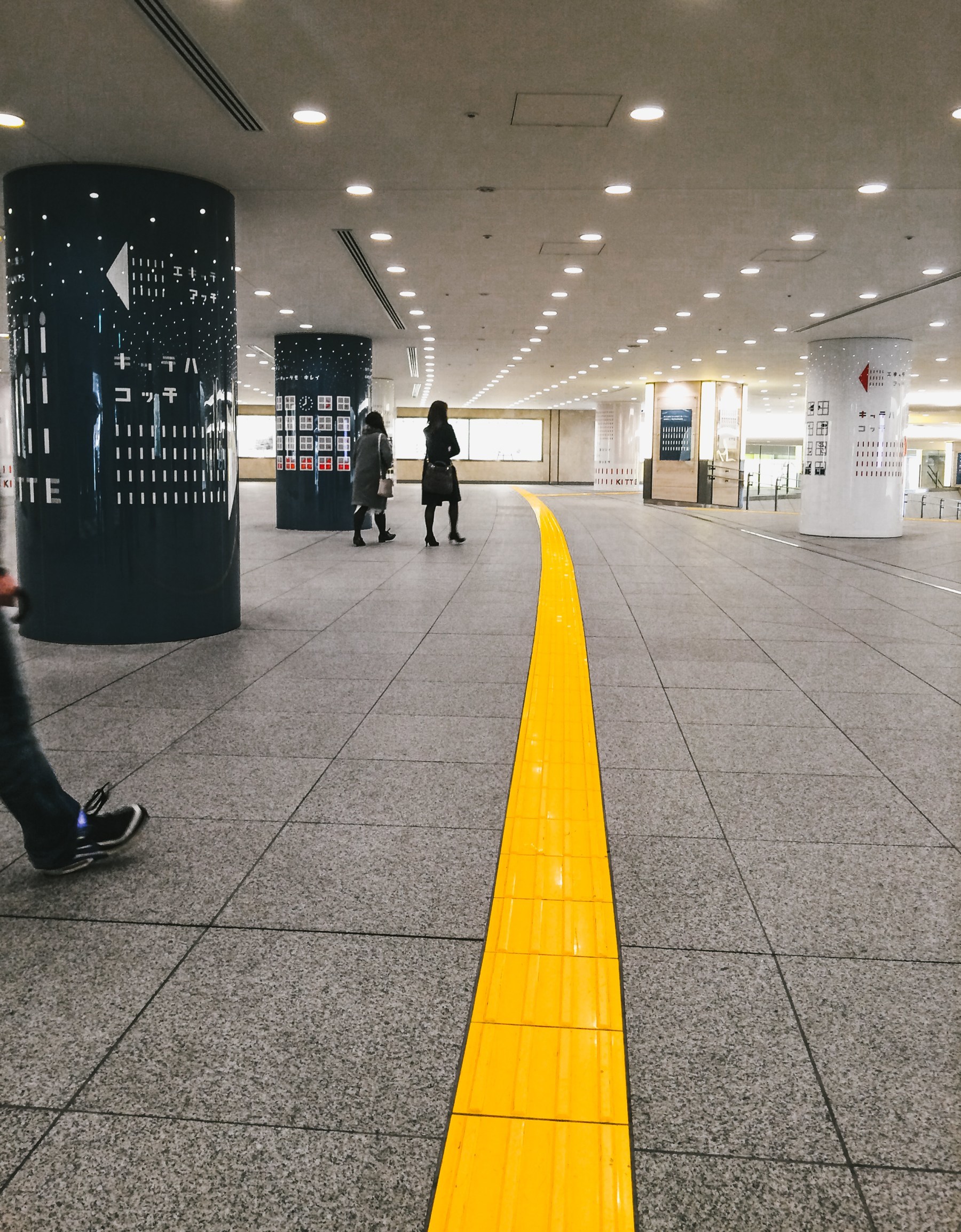 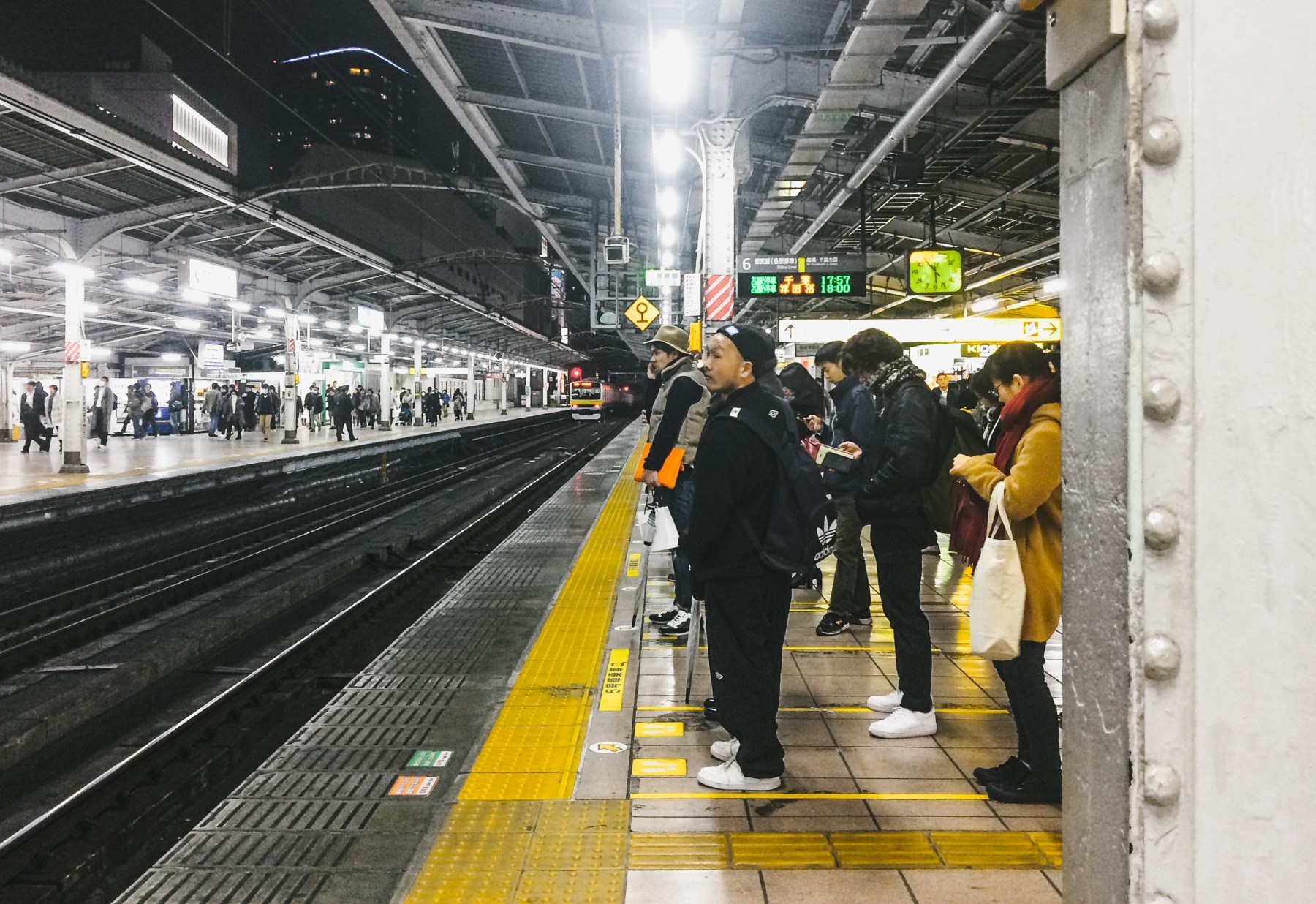 Utterly reliable. Insanely punctual. A fellow American friend who had completed a similar trip, and like us knew no kanji (the written system of Chinese characters that is used in Japan), described navigating the trains in Tokyo as such: “If you are supposed to get to your destination at 2:16, and you arrive at a stop, and your watch or the digital display and it says 2:16, then this is your stop. You don’t need to try memorize the symbols, because the trains are never late.” Outside of their general speed and affordability, the sheer volume/number of lines operating near round the clock (5AM-1AM) through Tokyo is the understandable envy of metropolitan areas worldwide . But, perhaps most importantly, the trains are safe. Their systems are maintained frequently with the help of advanced equipment, as well as cameras, and human workers. They are a go-to source of transportation for a reason. 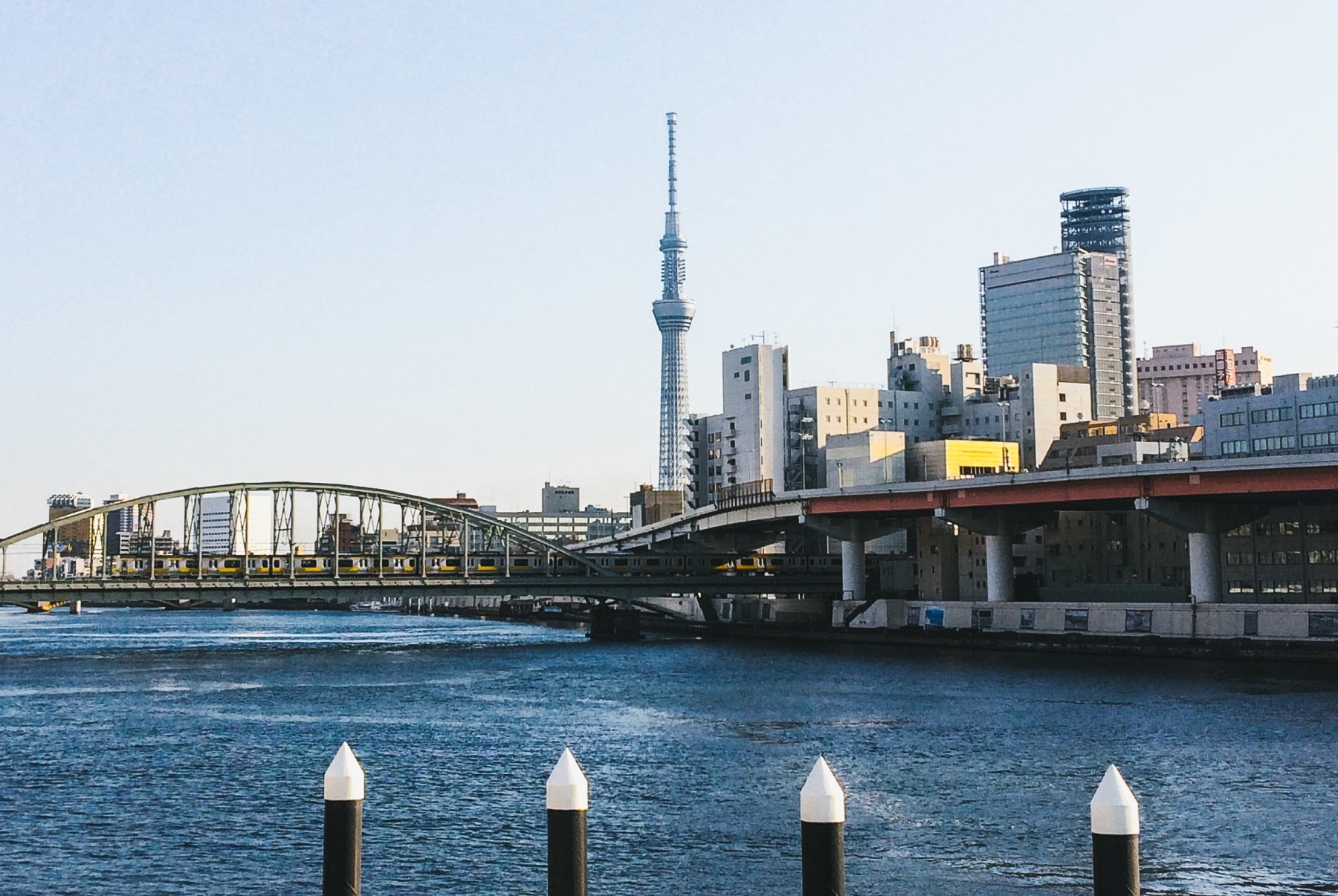 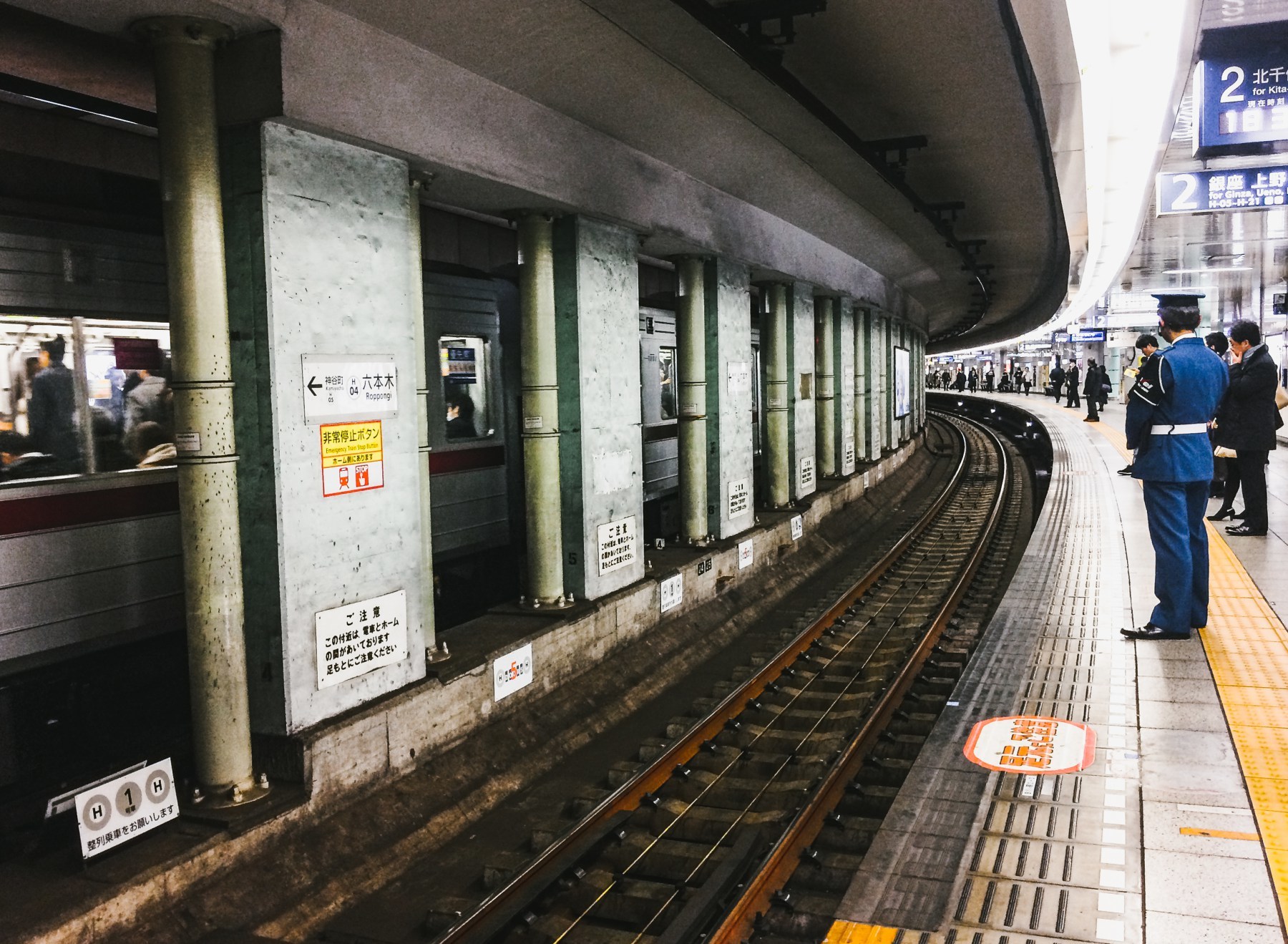 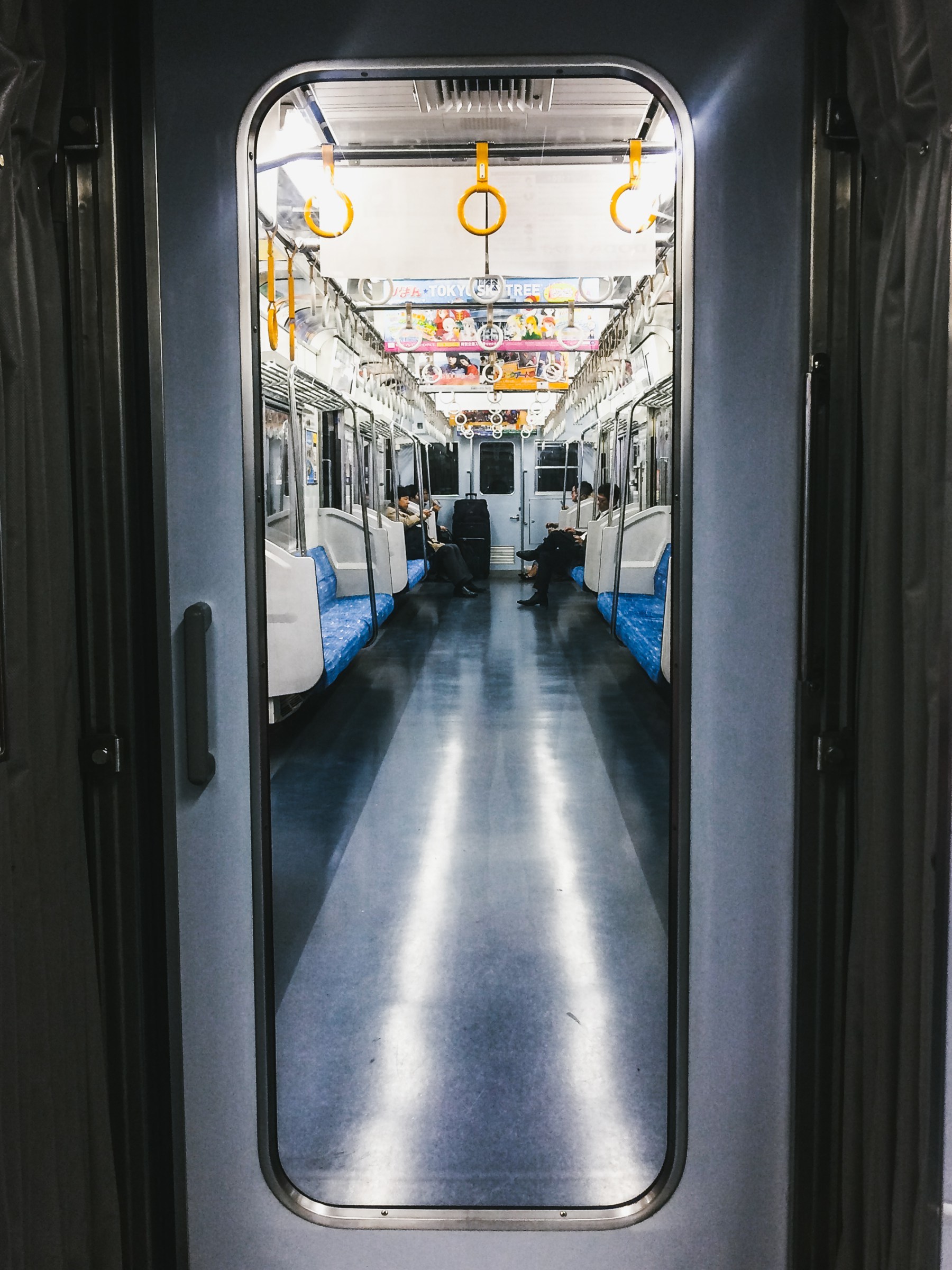 While gambling is nothing new, gambling for cash is illegal in Japan. Yet there is a thriving scene for it here, in the form of Pachinko. Stepping foot into what can only be described as an assault of sensory overload, Pachinko arcades are contained chaos. Imagine flashing lights, game show sirens, and a barrage of video game theme songs — all fighting for your ears’ attention. It’s rows upon rows of colorful machines and dead-eyed patrons playing a gamified version of PLINKO for hours on end. The game is incredibly accessible, without being disruptive to the bustling, but generally calm, Tokyo outside. The incongruence between the outside and inside of a pachinko parlor are what happens when a culture is compartmentalized. It’s what happens when a culture understands its desires (however taboo they may be) and carves out a place for them. 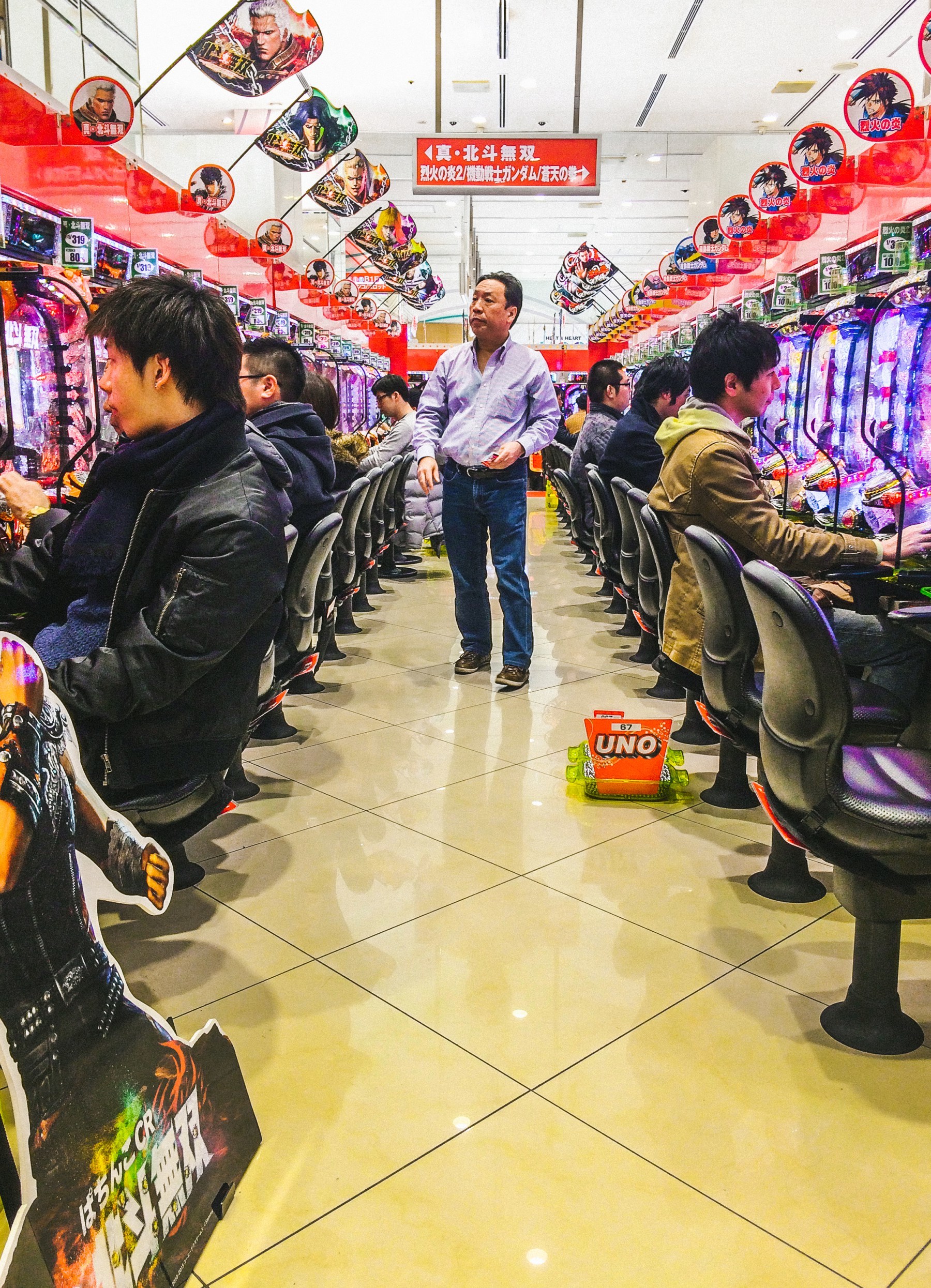 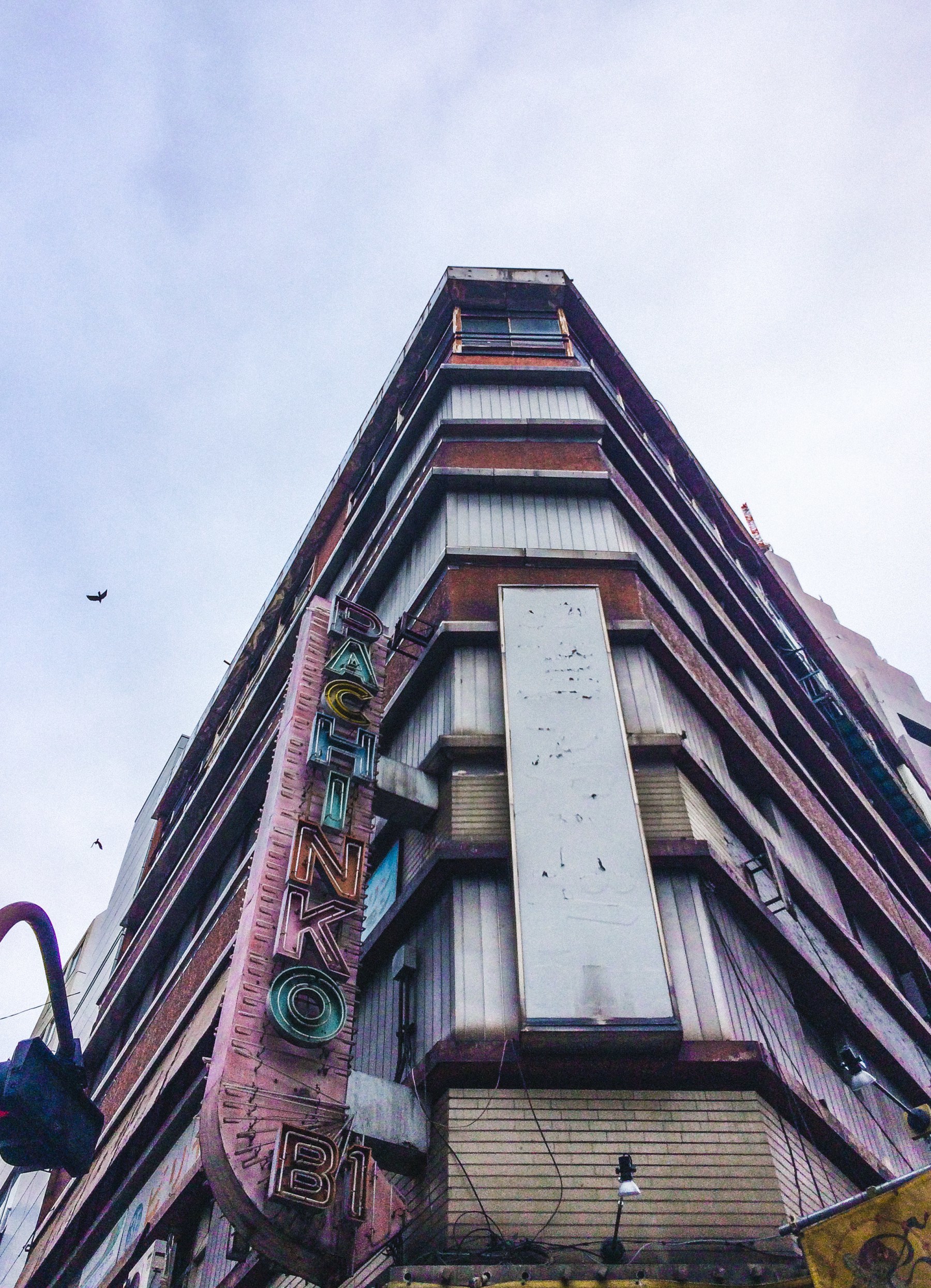 While we frequented many a vending machine (more on that another time), the most intriguing place I encountered automation was in the restrooms. Outside of the now infamous bidets, Japanese bathroom culture is actual magic. From train stations and mall complexes to tiny hostel rooms and the bathrooms near parks, shrines, and temples, I have never been so impressed by a W.C. They are public, abundant, and clean. And it’s not unlikely that even public bathrooms will have heated seats and music or recordings of babbling brooks / forest scenes. I have yet to see a more clear indicator of a modest culture than that. Comfort meets convenience and efficiency. 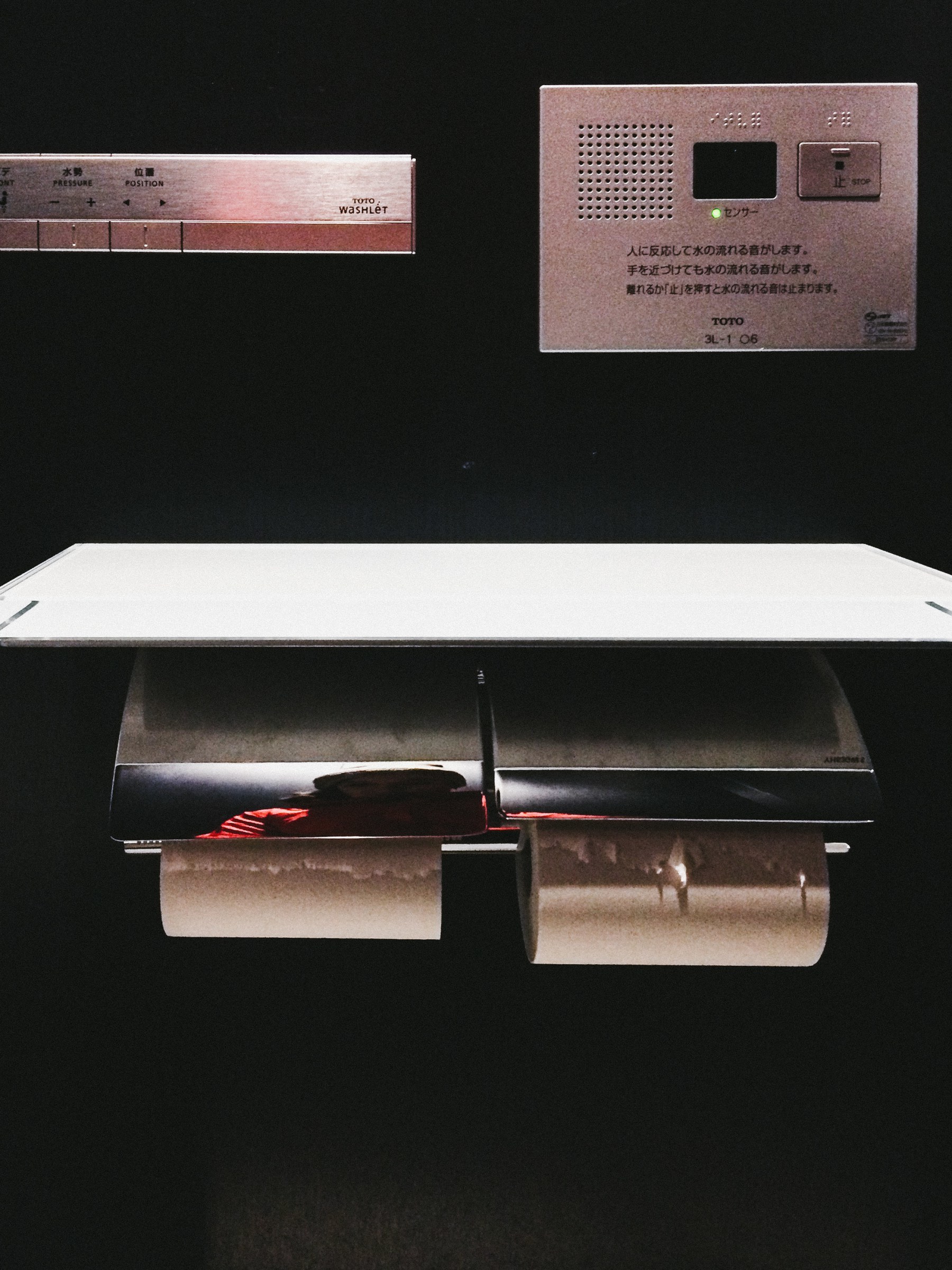 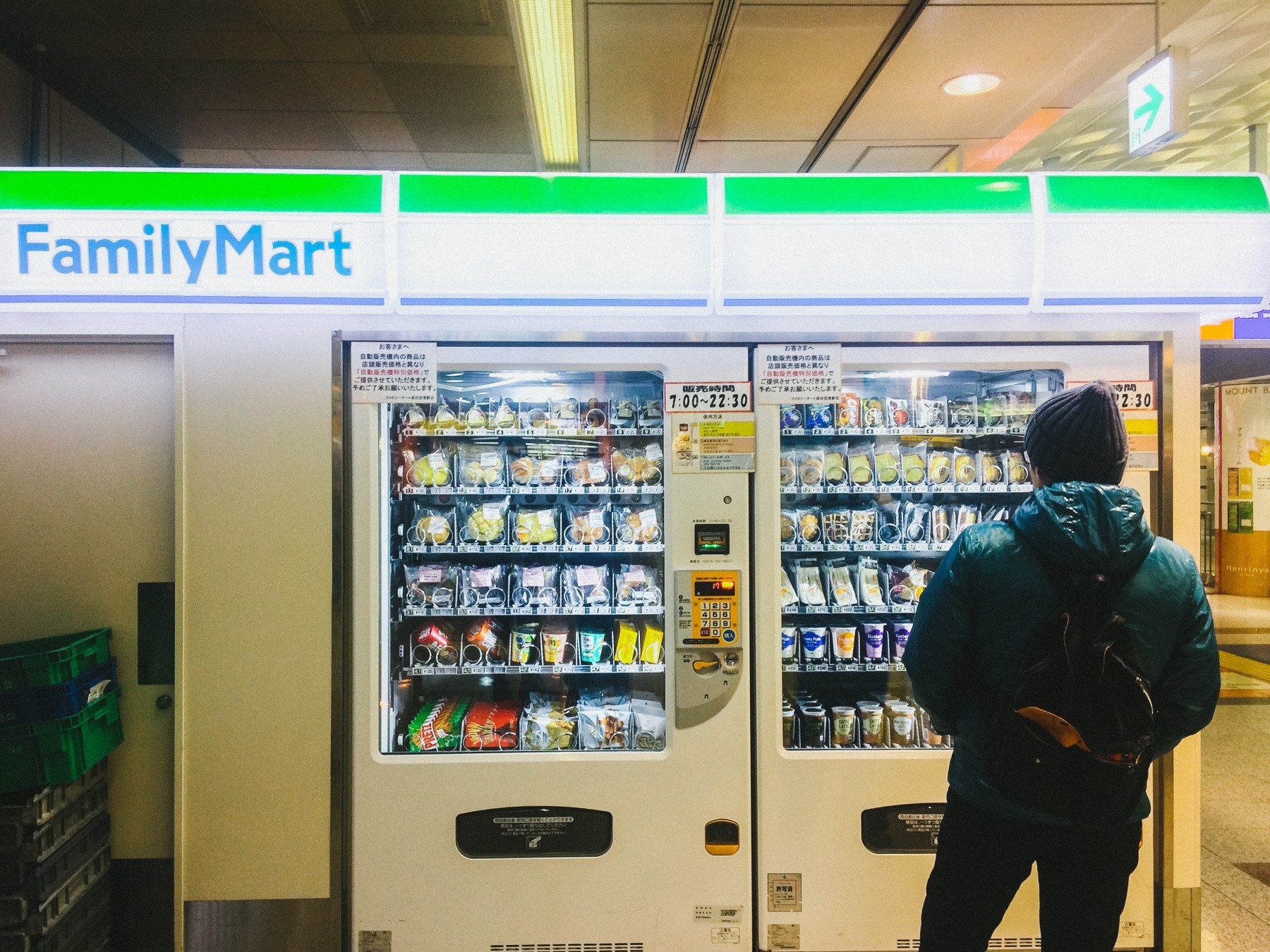 Yes, Tokyo is filled with VR experiences, robots (Her name was Pepper. She danced. It was cool, and weird.), and future AF architecture. But the reason this city achieves such thoughtful and futuristic design is because Tokyo asks the right questions before beginning the design process.

Some problem-solvers may ask “How can we get people from point A to point B the fastest?” Alternatively, Tokyo might pose a more poignant and helpful question like, “How can we make every person’s transit the most convenient, efficient, and comfortable it can be?” This approach is reflected in all of the city’s urban planning. Comfort is a clean and reliable train home. Efficiency is elevated parking garages so cars do not take up valuable public space. Convenience is easy access to food and beverages at any given time of day. It is by asking and answering those questions, that Tokyo centers its design on the the future: humans. 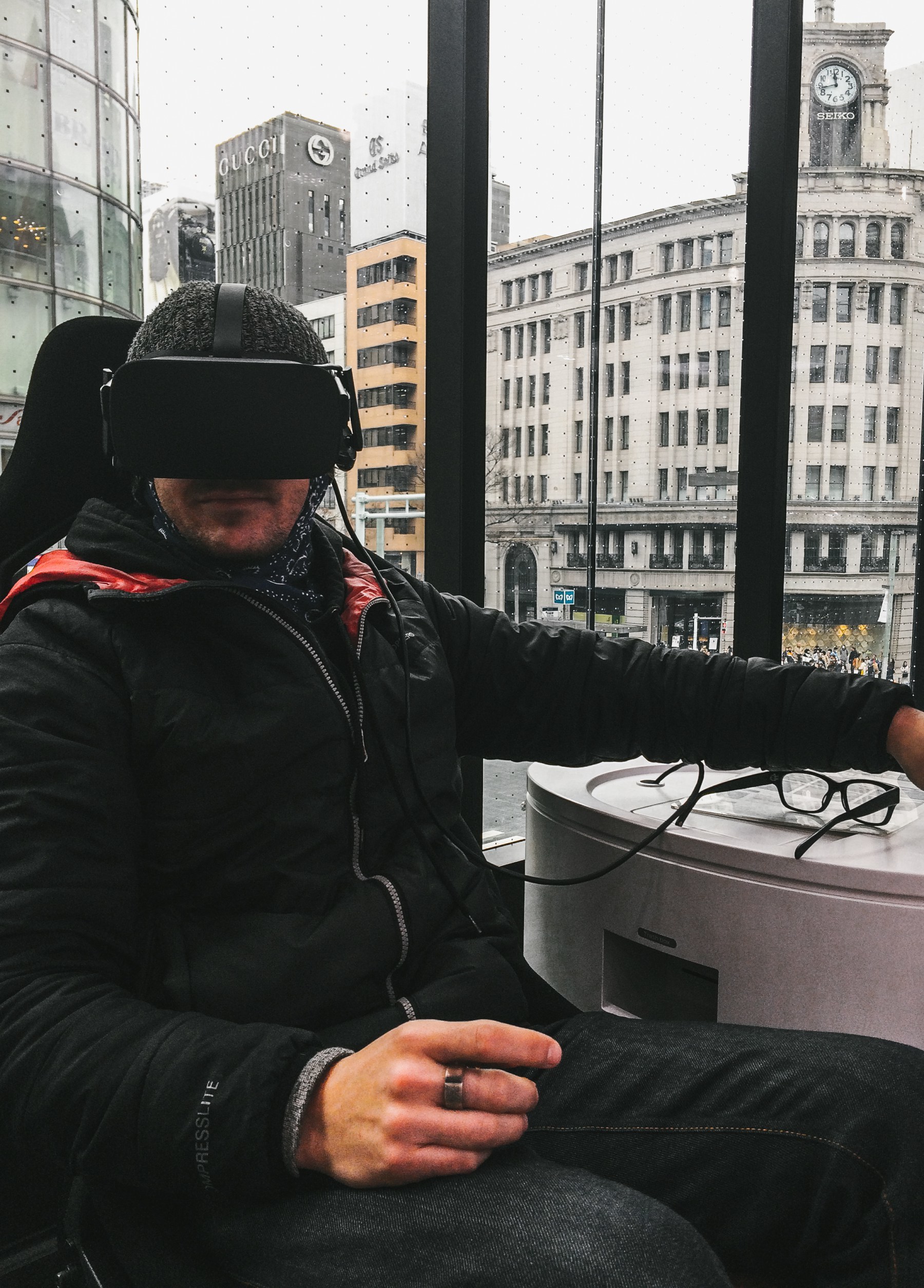 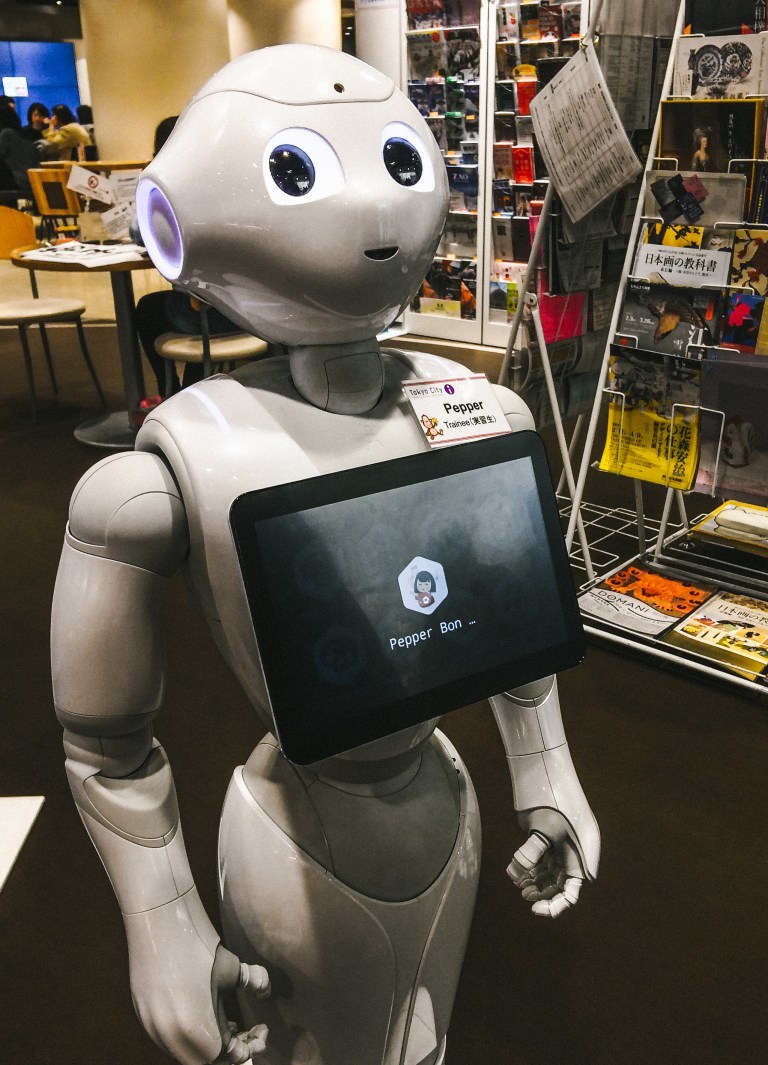 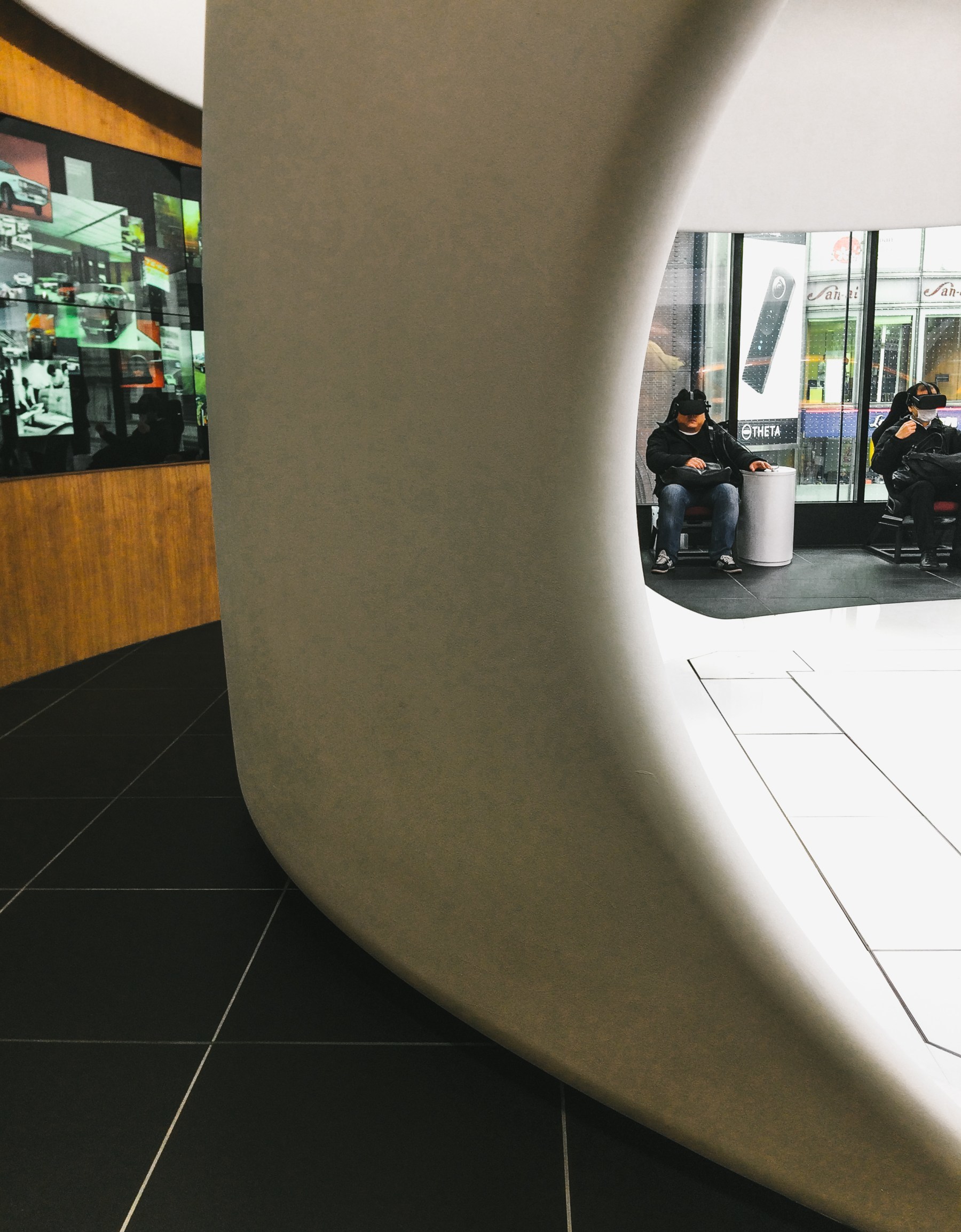