I grew up on National Geographic. With its stunning photography and desolate locations I dreamed of one day emulating its famous photographers. And in all the episodes I read, coverage about Alaska always captured my imagination because of the spirit of adventure that the wildlife and landscapes invited me into.

When my friend Marshall called me up this past spring with a desire to see Alaska, I said yes immediately. Eight days, 2,000 miles on the road, two moment lenses, and six bear sightings later, we experienced Alaska in all its wild and untamed beauty. 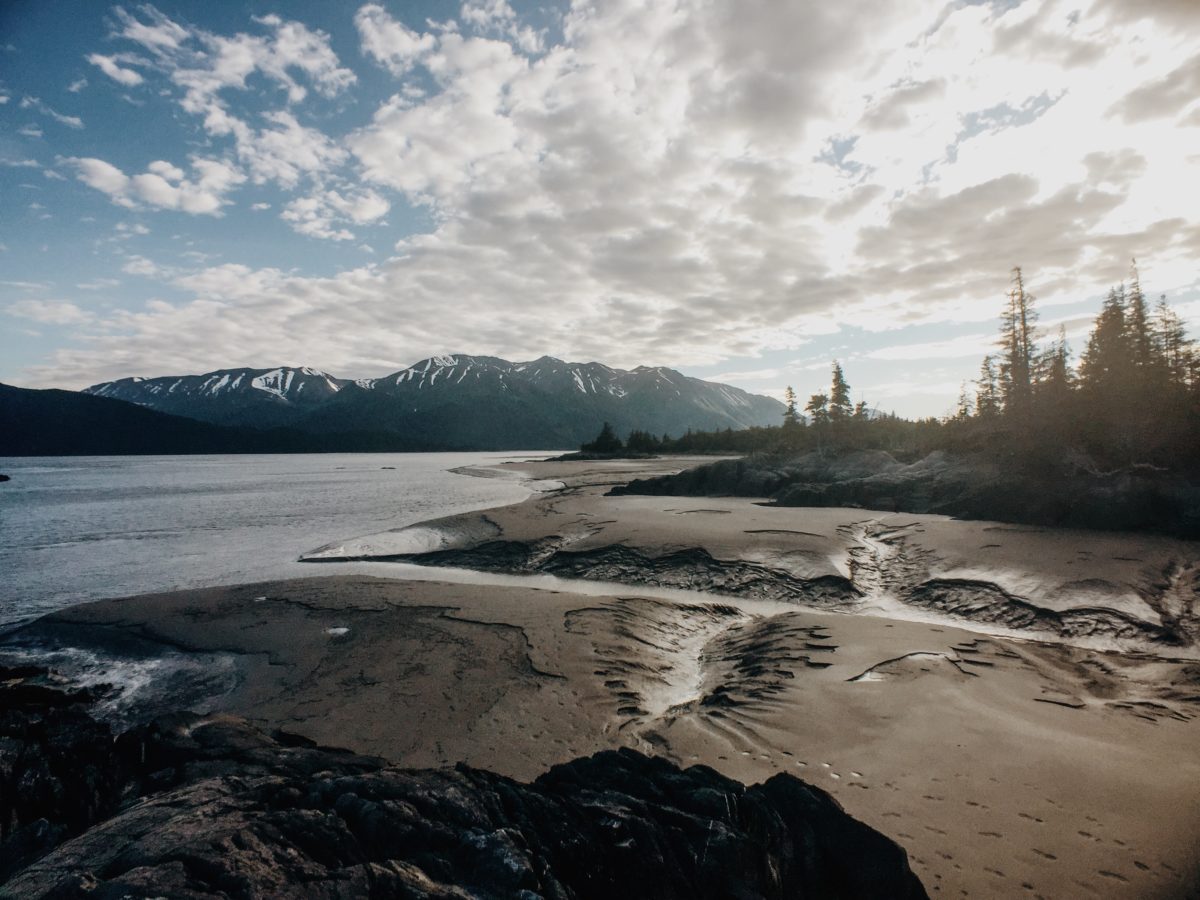 It was 11:00pm and there wasn’t a cloud in the sky when we hit Hatcher’s Pass. Soft orange light was reflecting off the mountain peaks as our breath was the only sound filling the quiet landscape below. Perched above the valley, we could see for miles on end.

As I sat there, I didn’t want time to move forward. The scale of the view reminded me of my own smallness in comparison to the world’s natural beauty and while at first overwhelming, I began to appreciate its details – the sharp crags of the mountains jutting out in the air demanding recognition, patches of trees and green grass interwoven between the remains of last winter’s snowfall, cabins in the valley floor making the achievements of humanity look miniscule in comparison to the sheer scope of the natural world. I could have stayed there forever. 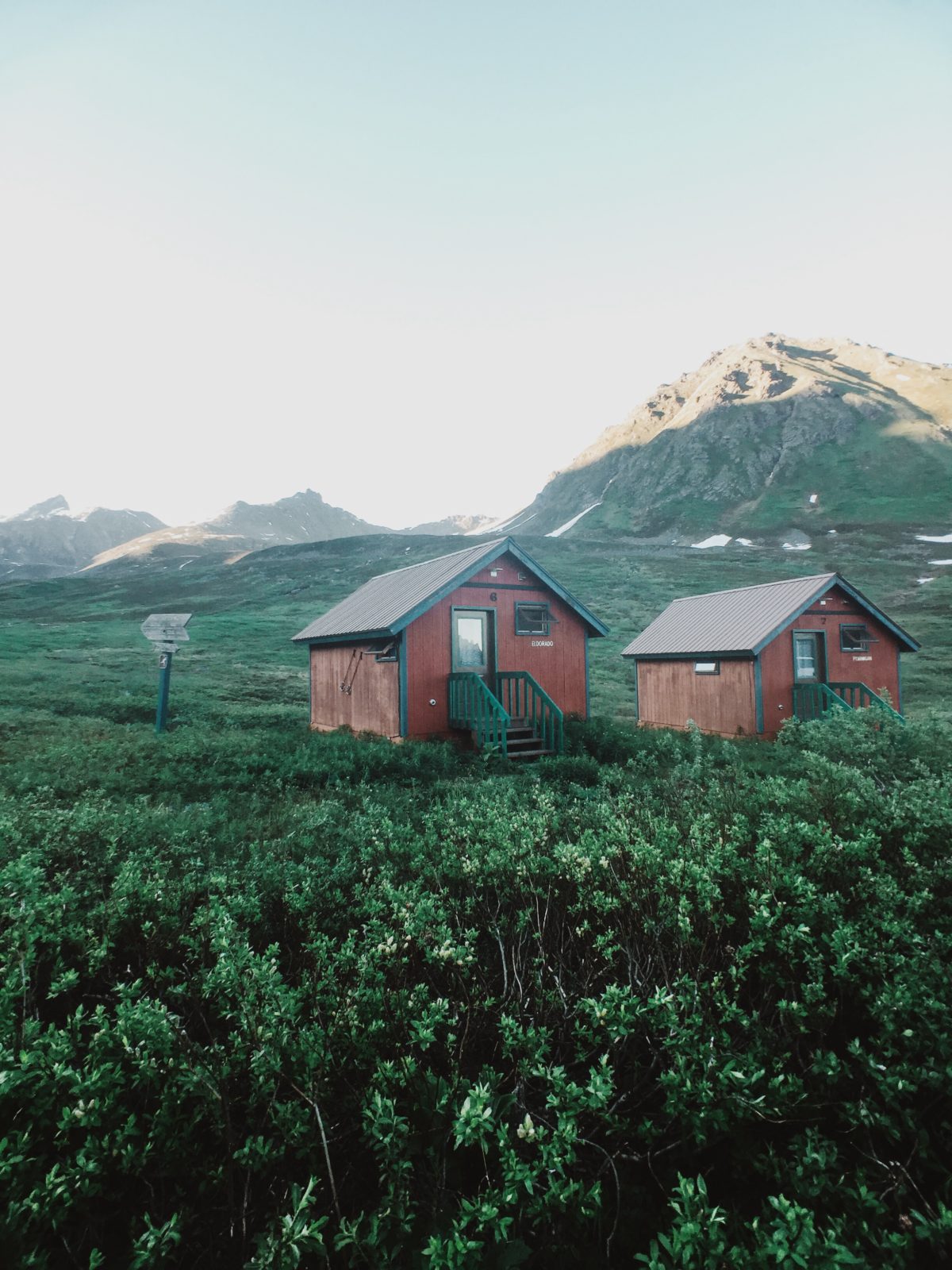 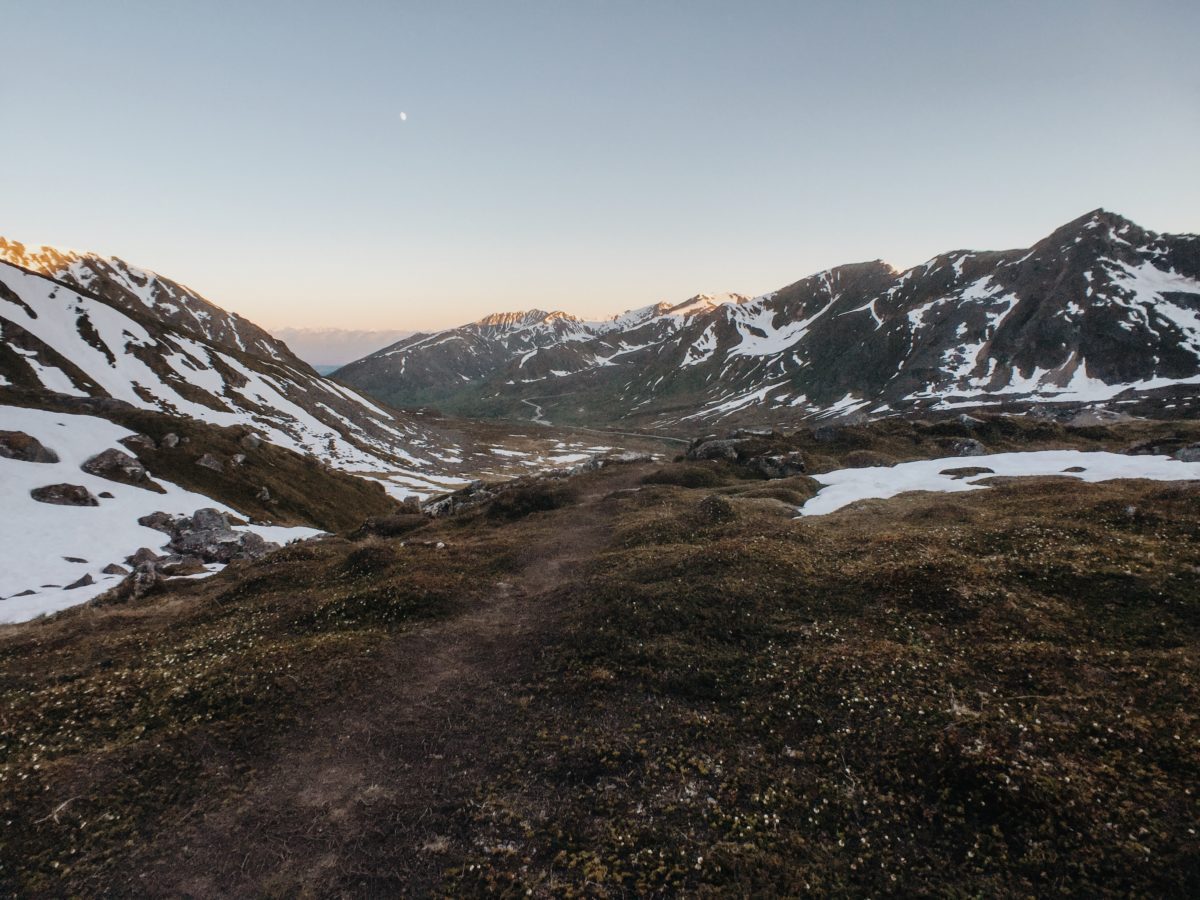 The shack was small and antiquated – with no sources of electricity in sight. The salty air created by the ocean below, provided a seemingly endless view of mountains in the distance. Its context instantly made recharging our cameras a secondary concern. Our only distraction became the beauty around us.

At around 11:30pm, we hit the trail to catch the sunset on a road called Land’s End – aptly named as the pavement takes you into the middle of the Kachemak Bay before coming to an abrupt halt, making the ocean the only division between you and the distant mountain peaks. We were greeted by a breathtaking purple alpenglow. I could not help but feel as if I was apart of an impressionist painting, with its purple, orange, and white peaks of the mountains swirling into the cool blue waters below. It was a mesmerizing and rare sight that was difficult to document but nonetheless inviting enough to try. 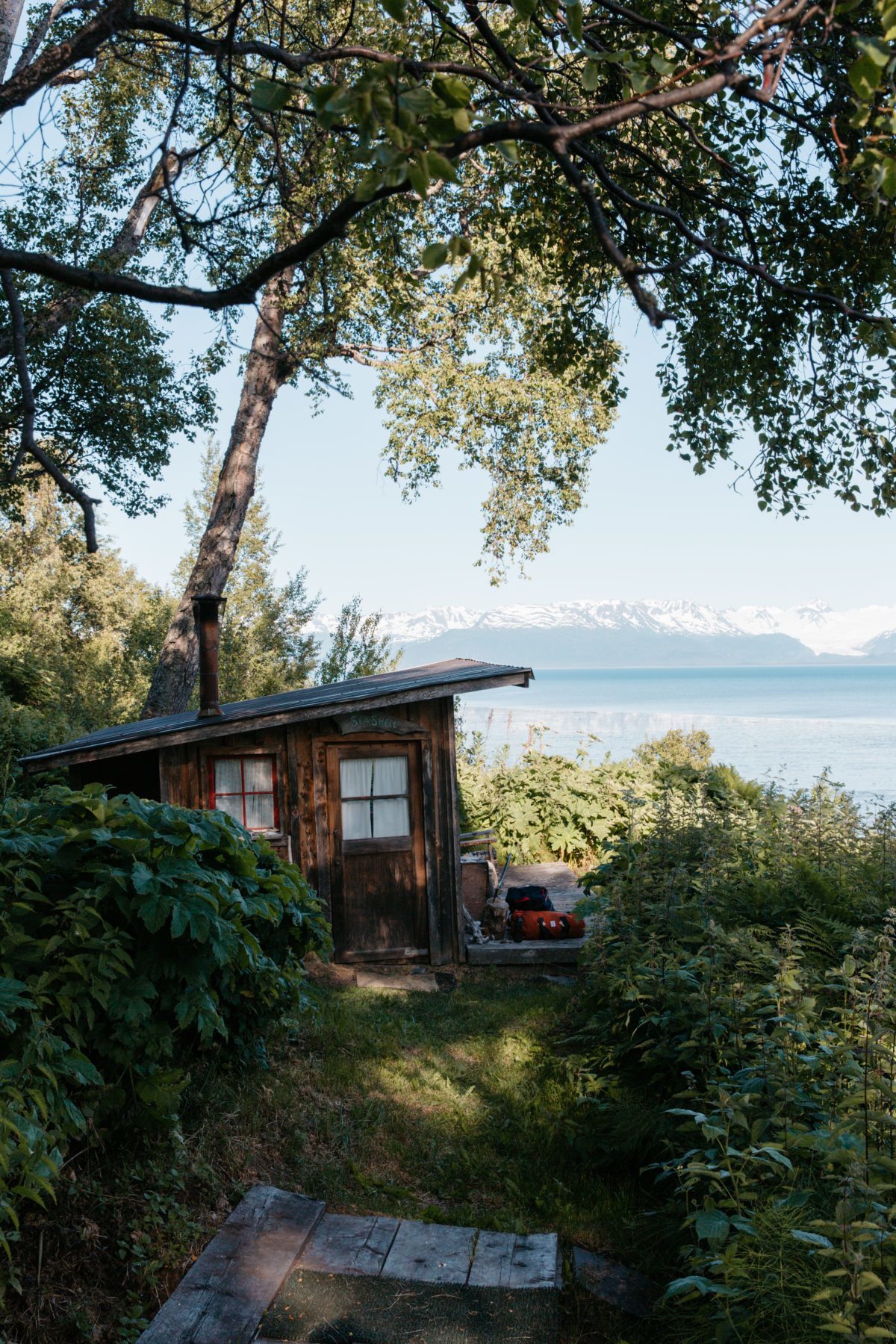 Secluded Cove in the Kenai Fjords

At around 8:00am, we took a chartered boat ride to a secluded cove in Resurrection Bay along the Kenai Peninsula. My gaze never left the windows, in awe of our surroundings. Clouds rolling over the fjords with beams of light piercing through them created a scene that looked more like a Casper Friedrich painting than it did reality. Early on in the trip, my buddy Marshall described the landscapes that we were seeing as sights that you typically only see in movies or dreams. For me, what I was seeing out of the window of the boat was the epitome of such a sentiment. 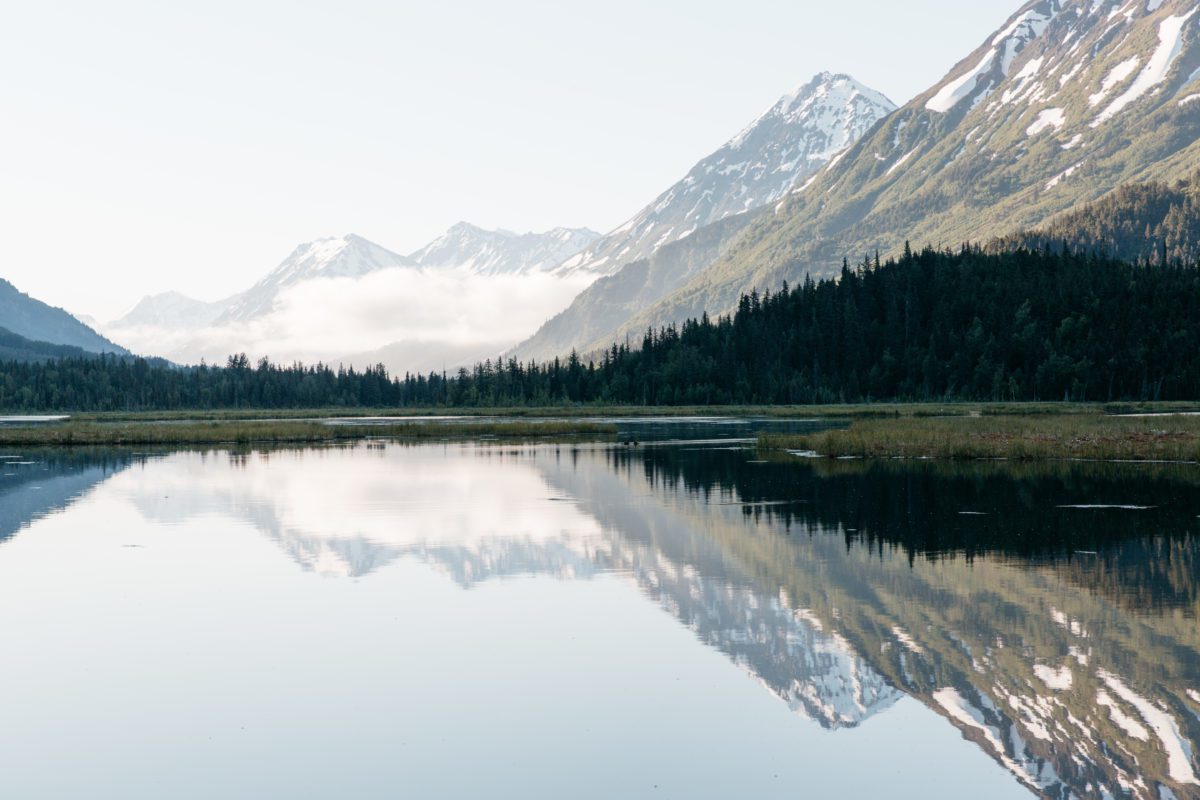 The weather was constantly changing, making both the conditions and the landscape difficult to capture. There were brief moments however, when the untamed weather became just right. Breaking through the dark stormy clouds, beams of light illuminated sections of the valley as if to guide your eyes to the depth of the scene. Though I was present in that place, I felt removed from it – as if I was beholding a canvas before me, reachable yet unreachable, near yet far.

Standing by the river, all you could hear was the faint buzz of mosquitoes against the quiet trickle of the river rushing deeper and deeper into the valley. Mountain peaks stood tall in the background, their details illuminated by the sunrise and reflected in the calm waters of Eagle River. It was a moment of peace in the tangible sense, bringing me into a space of contemplation, unpacking in my mind all that I had seen over the past eight days. 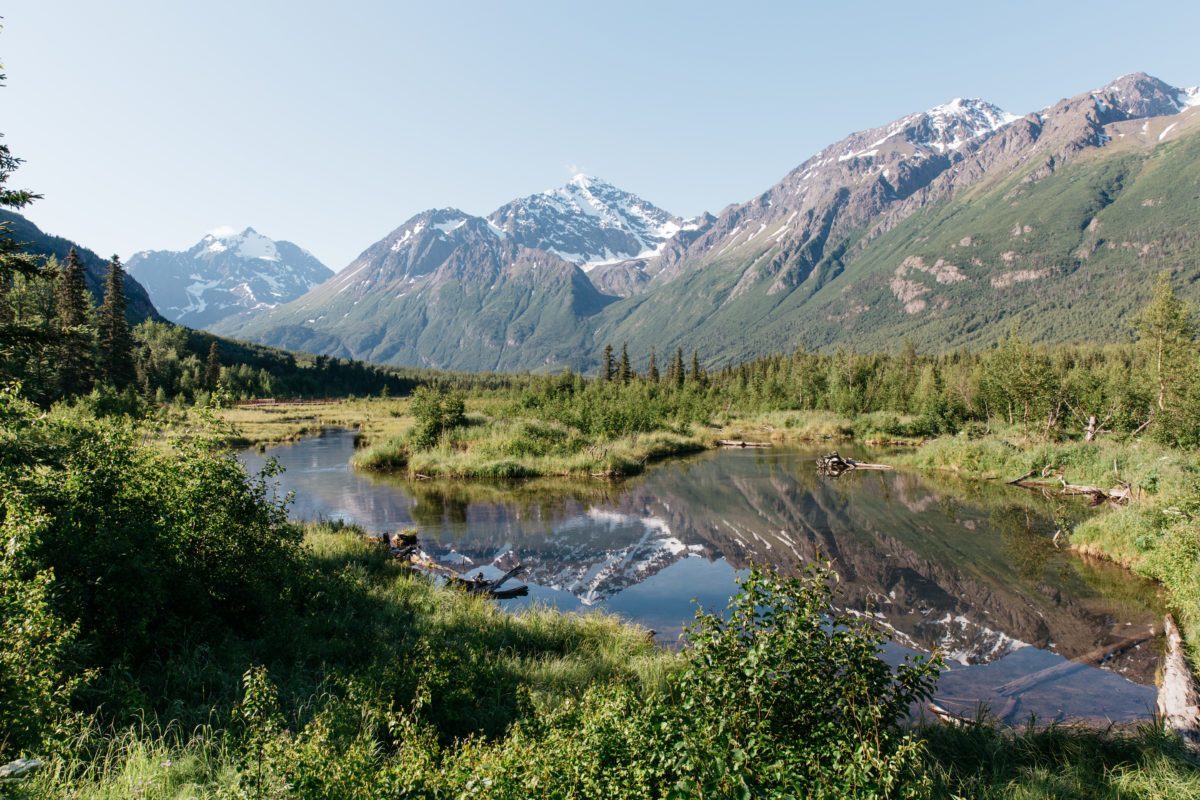 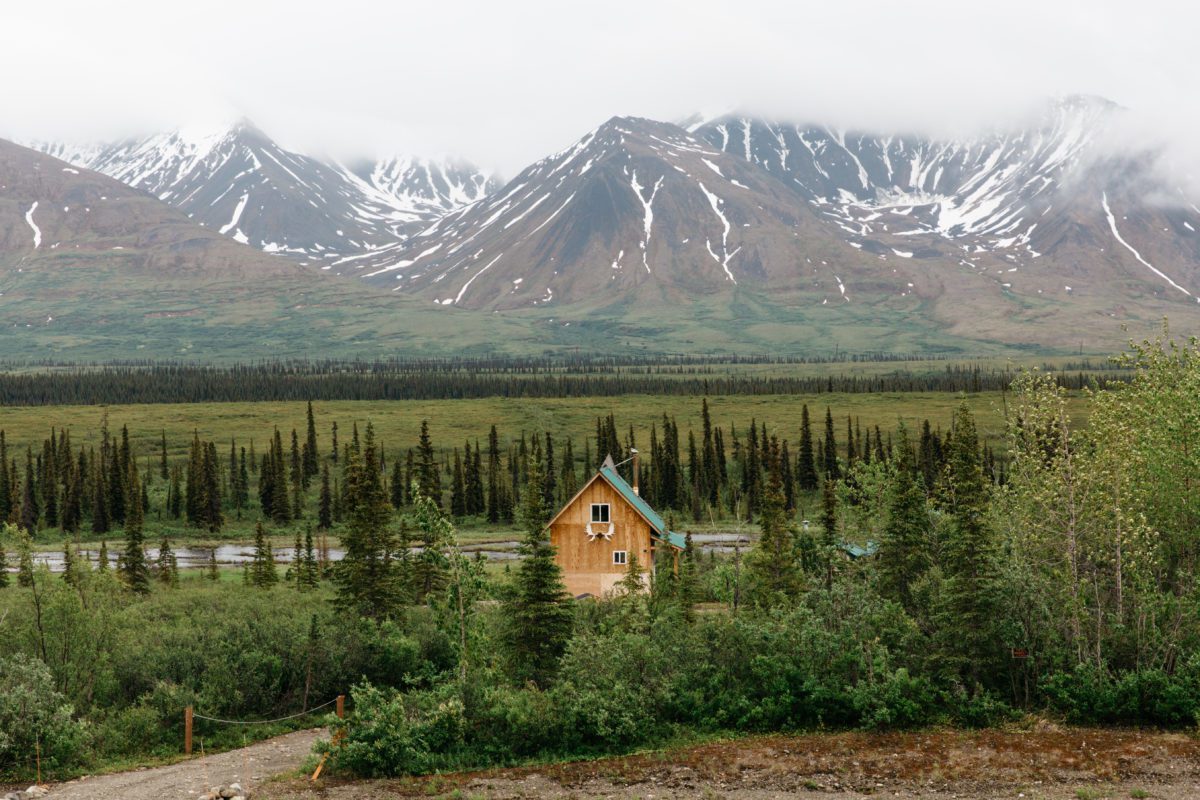 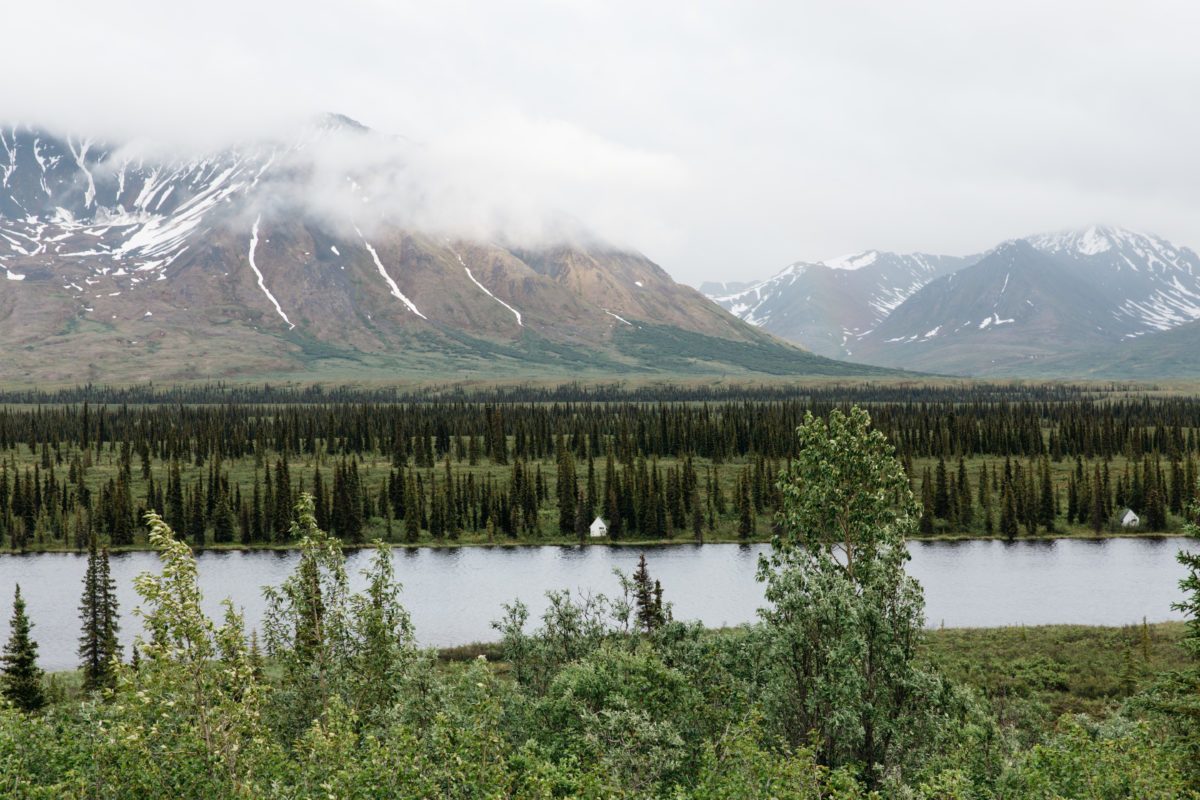 From the fjords of Seward to the untamed beauty of Denali, the Alaska landscape stirred my photographic imagination – opening my eyes to a kind of natural beauty that I had previously never seen. The unknown brings challenges, forcing us to embrace adaptability. For some this is scary, but for me it becomes my source of inspiration. 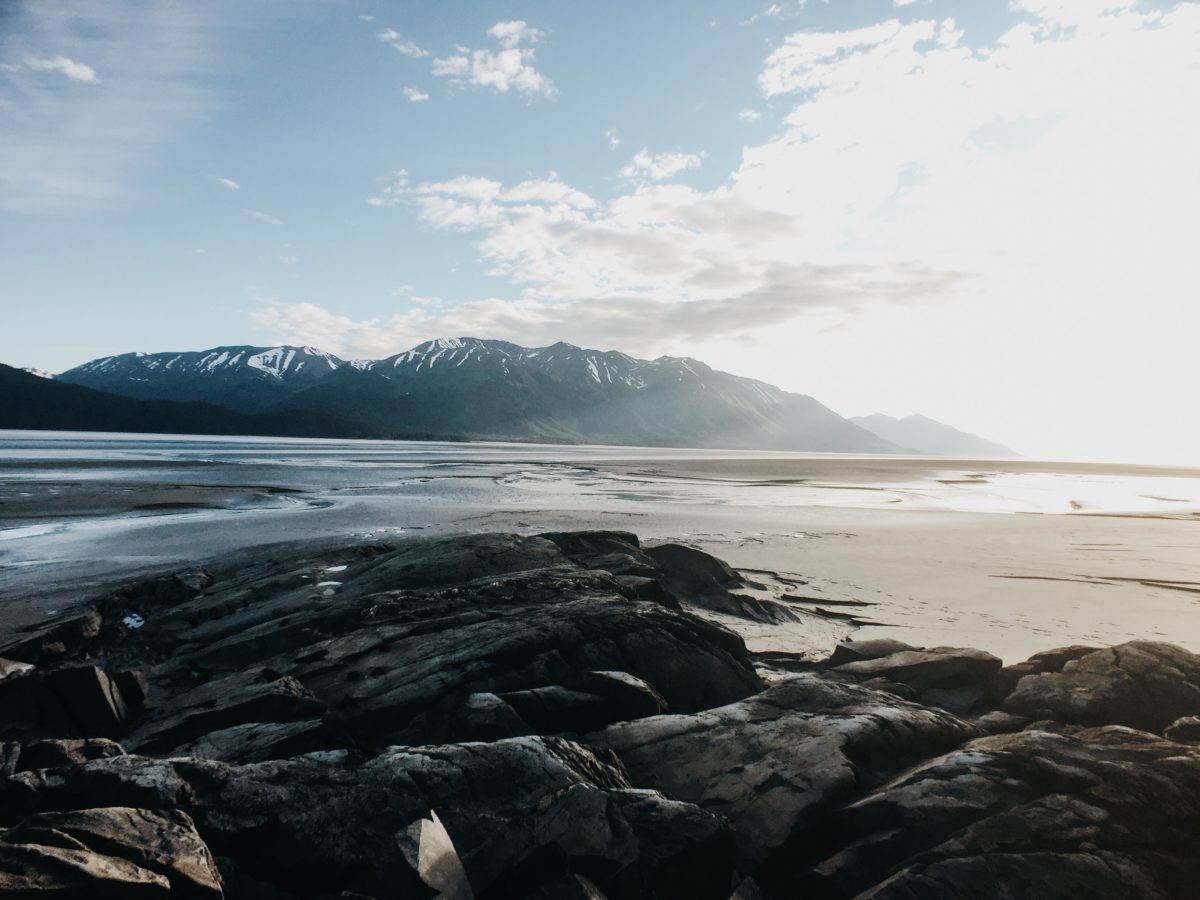