Amanda is a member of the Moment team and in trying to build a great culture we support people taking annual trips to get lost behind their camera. This is the story of her journey in Anchorage Alaska.

We almost lost him. Nikolai was hit by a car and in a matter of minutes his life grasped for more time.

I’ll never forget seeing him in that hospital bed. Tubes and machines keeping him alive I was weak in the heart. With friends and family huddled around him I had no idea if I’d ever see his smiling self again.

Fast forward eight months and Nikolai is one of the lucky ones. Through eight surgeries in 11 days and over 150 hours of rehab he has struggled all the way back to a recognizable life. And for the first time since the accident we had the opportunity to just celebrate. Against the backdrop of Anchorage Alaska, thirty of us shared stories, emotions and adventures through a 24 hour solstice party. 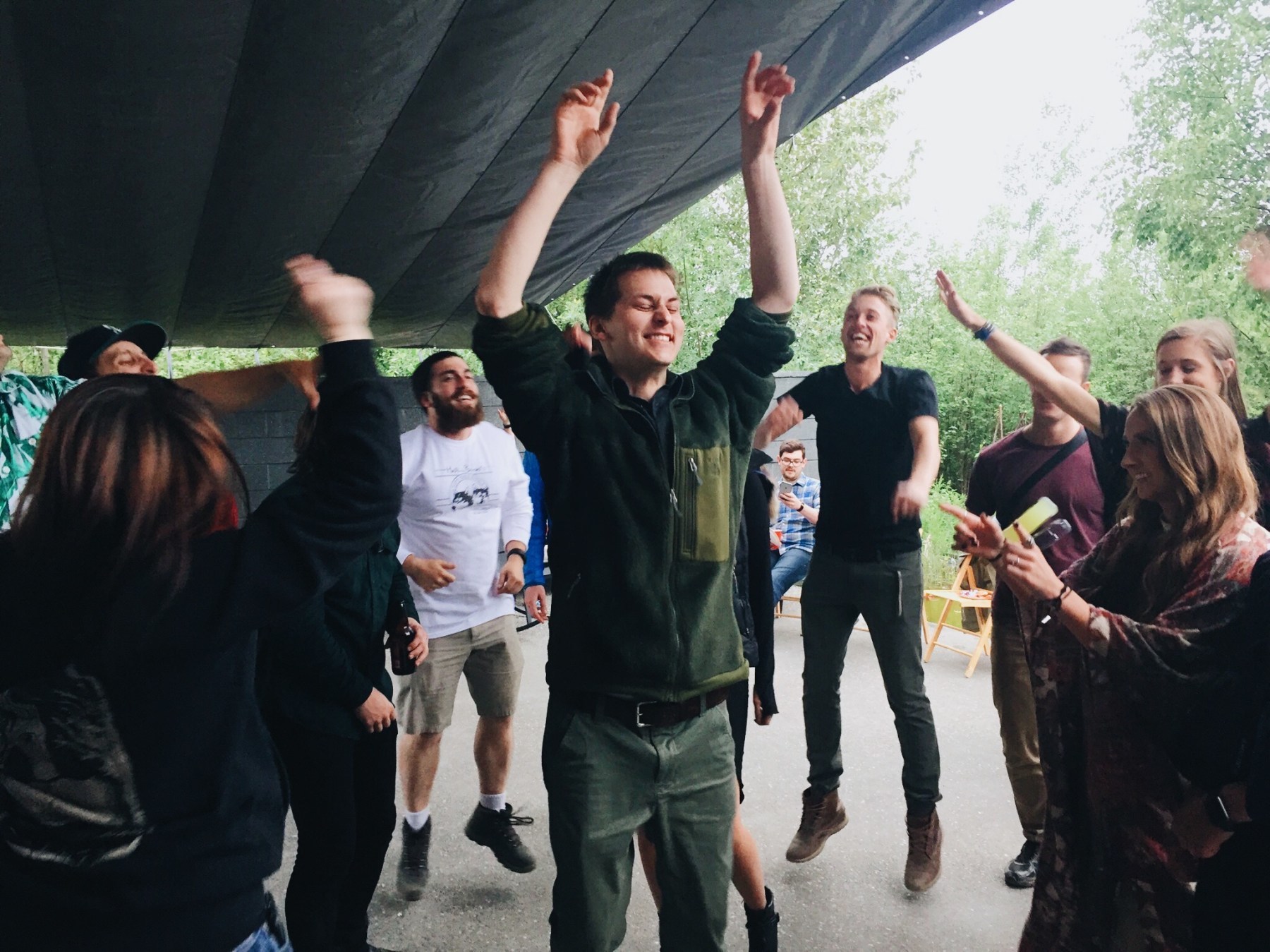 I’ve known Nikolai for eight years, but before the accident I never understood the depth of his family’s love. His father, Martin Buser is a true Iditarod legend. He has been running the Iditarod since 1980, winning four of them and placing in the top ten sixteen times. While his mother, Kathy, is one of the strongest and most giving people I’ve ever met. Together they run a dog kennel with over 100 dogs that they raise and breed for many Iditarod racers in Alaska. From the minute we met, it was apparent where Nikolai found his resolve to get back up.

Exploring Alaska was something that truly took my breath away. First stop was the Matanuska Glacier. Treading on top of miles of ice as far as you can see was a very humbling experience. Lakes, mountains, streams, hills, fields were all carved from this one frozen mass. And we were standing at the epicenter of all that power. 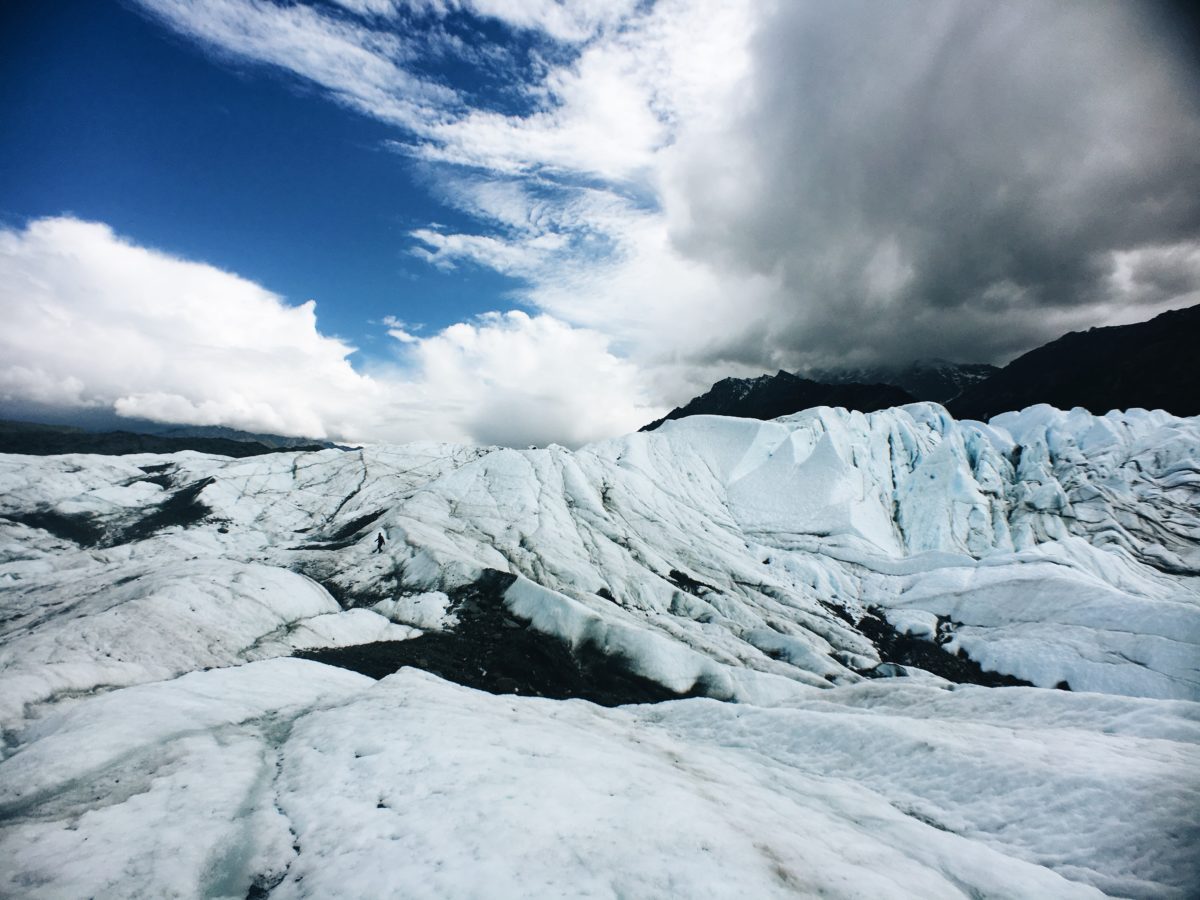 Bodenburg Butte trail held amazing views around every corner. On one side we could see acres of farmland nestled up against jagged mountain ridges. While on the other side the Knik Valley flexed its glacier muscles. Most inspiring of all was to see Nikolai slowly making his way up the rugged slopes to the top. His persistence and strength trumped even the most impressive glaciers. 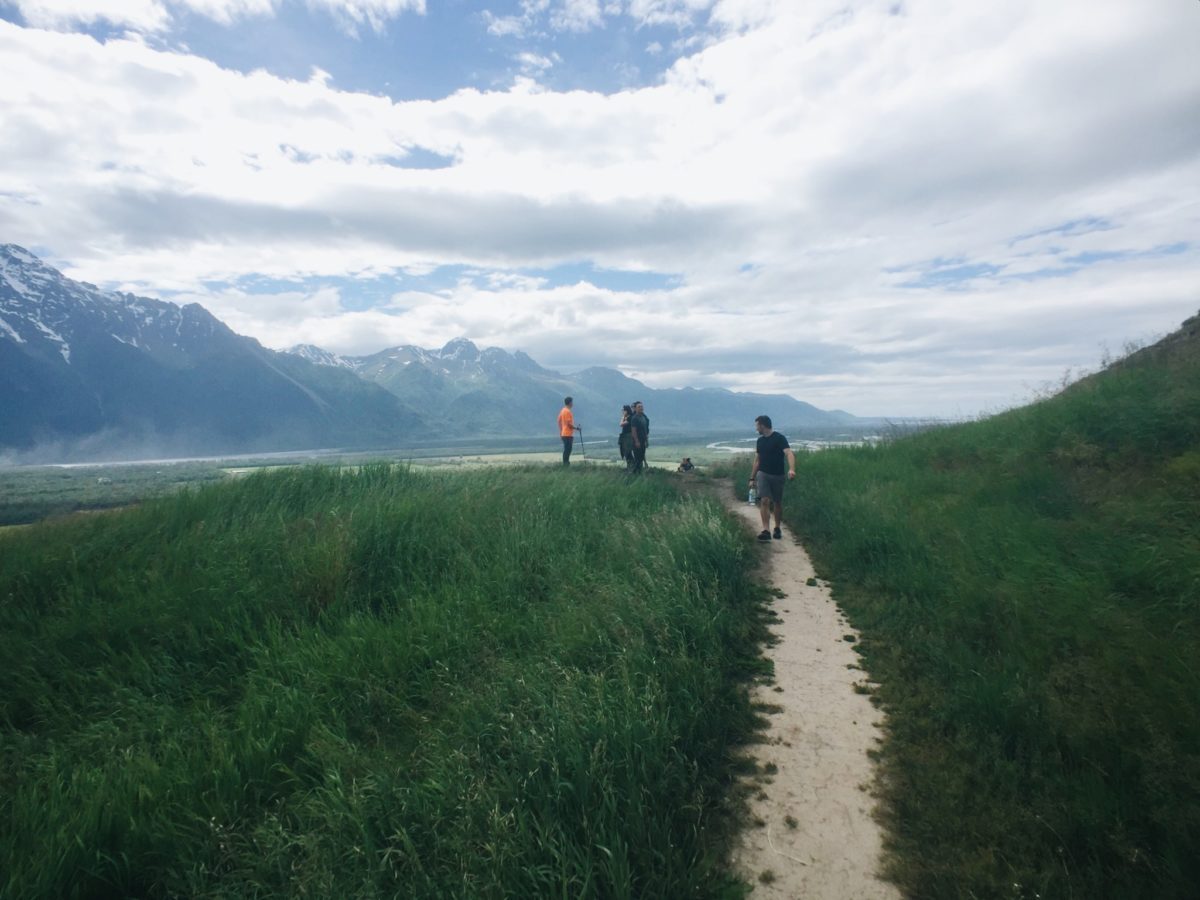 To add to the bliss of the trip, Martin and Kathy’s entire kennel of dogs greeted us every time we walked out the door. The dogs were all born and raised at The Happy Trails Kennel in a breed that Martin calls a “thoroughbred mutt”. They were all beautifully unique with their own loving personalities. And of course there were puppies to be cuddled and played with- litters and litters of them.

The trip was surreal. I’ve heard stories about the sun never setting up north but never imaged how powerful the experience would be. Falling asleep in broad daylight and having midnight bon fires with the sun overhead seemed almost dreamlike. The continuous sun was just one of the invigorating sources of energy that weekend.

The horror of what could have been was washed away in the sunlight. We celebrated with a fantastic solstice party and were able to share stories and rejoice. This group had been through an ordeal that no one deserves, least of all Nikolai. To once again join together and celebrate the power of being alive was an experience that I’ll never forget.