I’ve never been to Europe. I studied Ancient Greece in school, adore the food, and admire the country through my Instagram friends. But I never had the chance to touch the soil and feel the history.

Normally I’m a go with the flow kind of traveler. This time we changed the script and hired a travel company to pre-plan our adventures. It’s something I never would have done before, but thankfully my skepticism turned into gratitude when I realized the depth of our experiences were beyond what I would have discovered on my own. Of everything we visited, here were my favorite photography spots. 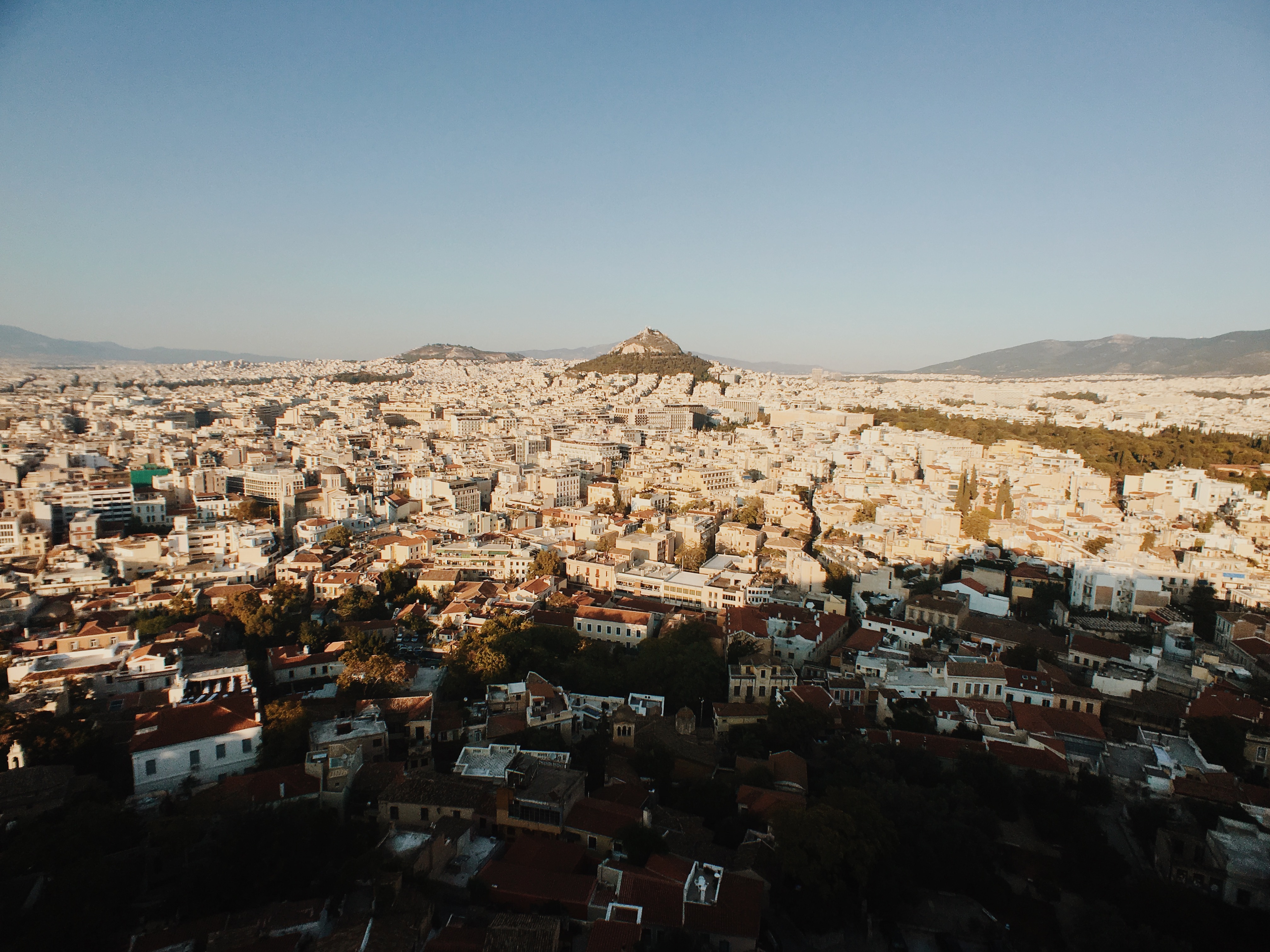 What I loved about Athens is its interesting mix of ancient ruins, bustling city-life, and droves of tourists. Spending two days in Athens should do the trick for you. Check out the Acropolis, but do so just before sunset because golden hour from the highest point in Athens is just breathtaking. Shooting the pantheon as it’s backlit can provide a stunning image that highlights the building against a washed out sky. 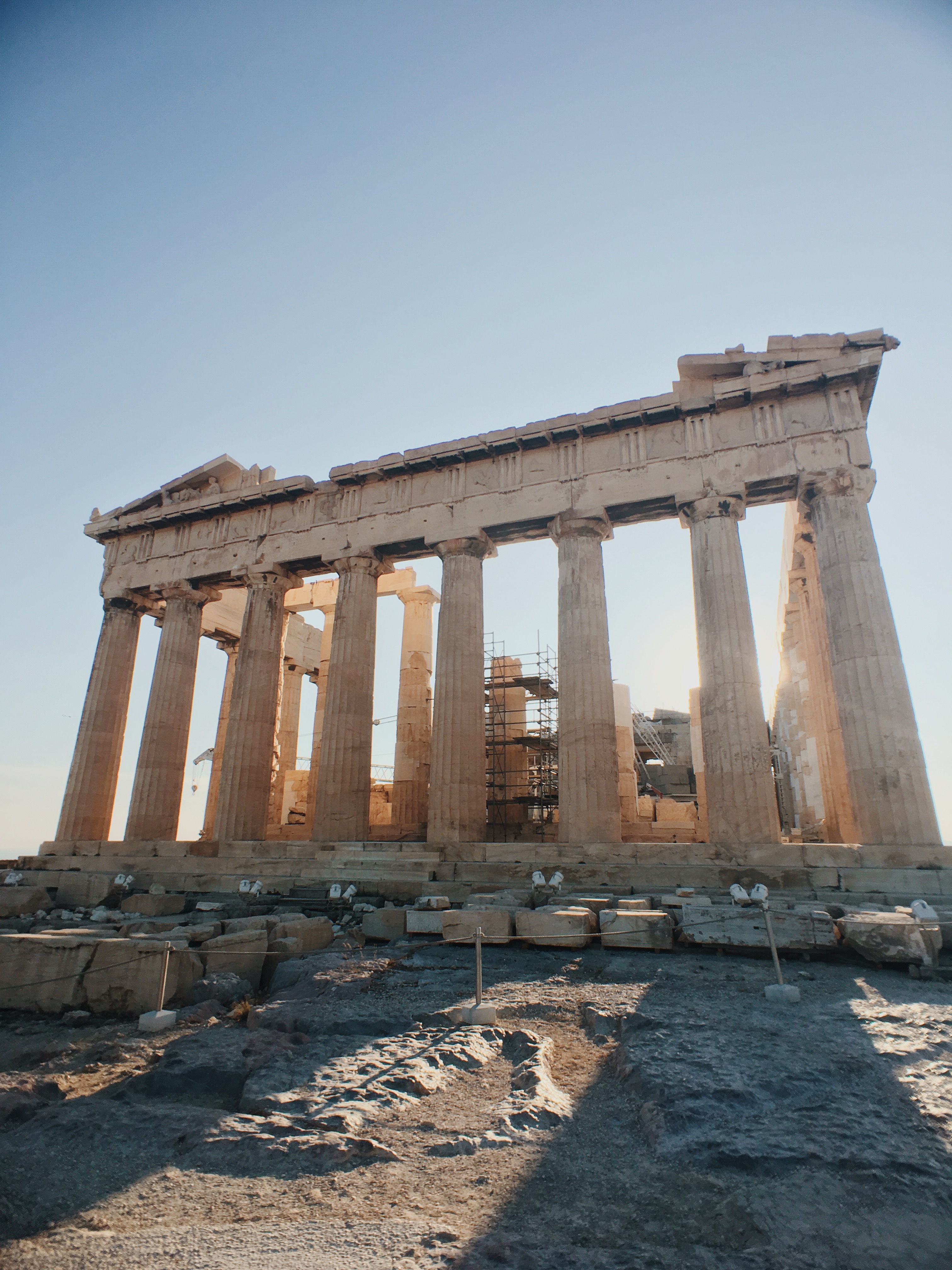 The Depth of Delphi

There’s a stillness in ancient Delphi that stands in direct contrast to what it was like thousands of years ago. Meandering up the mountainside gives you a sense of what life would have been like in this town tucked in the mountains. Each direction you turn offers a beautiful photo of the ruins set before the tree covered mountains. Capturing the rocks and trees provides a unique texture to images that show off this city in the wilderness. 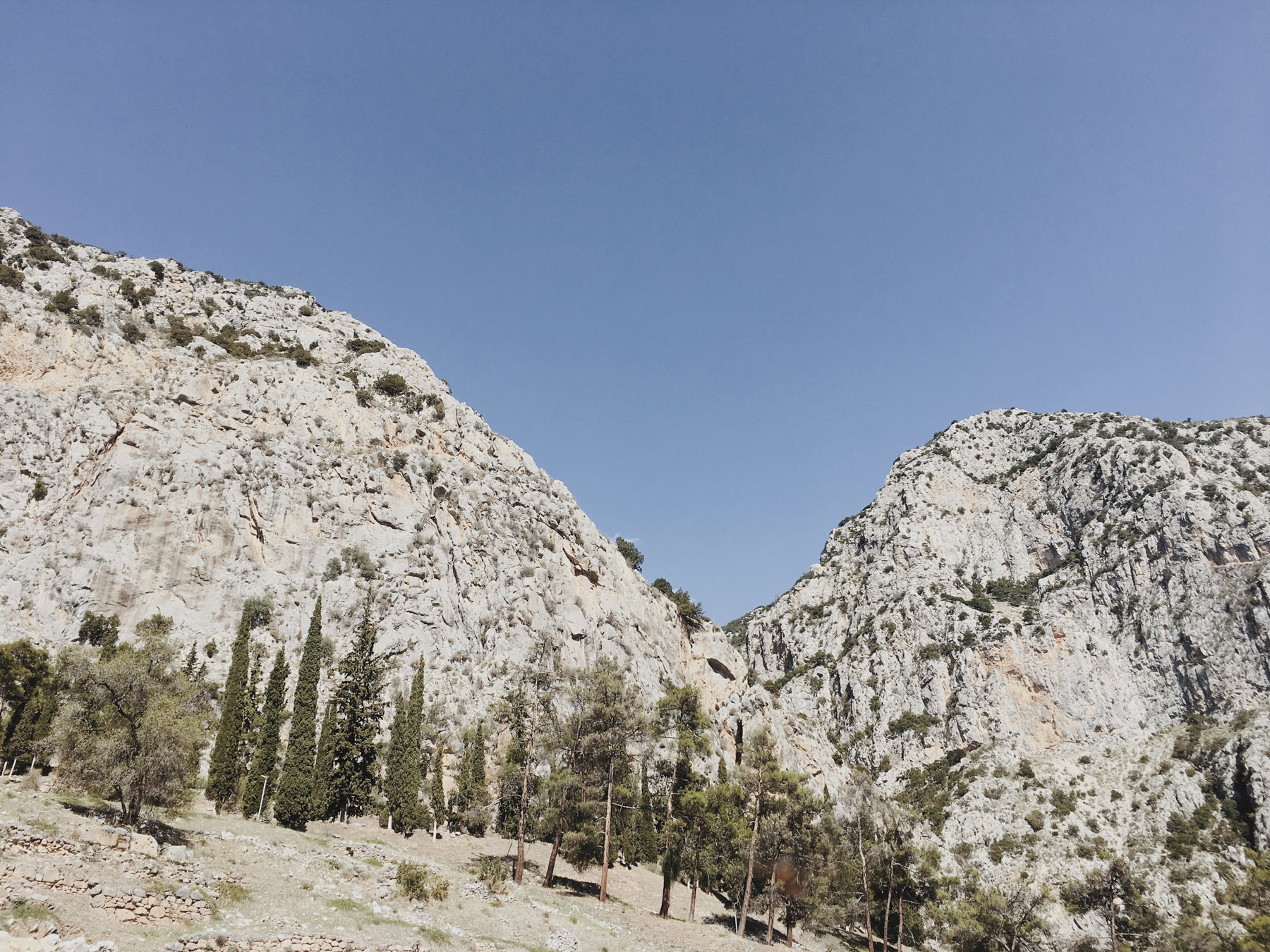 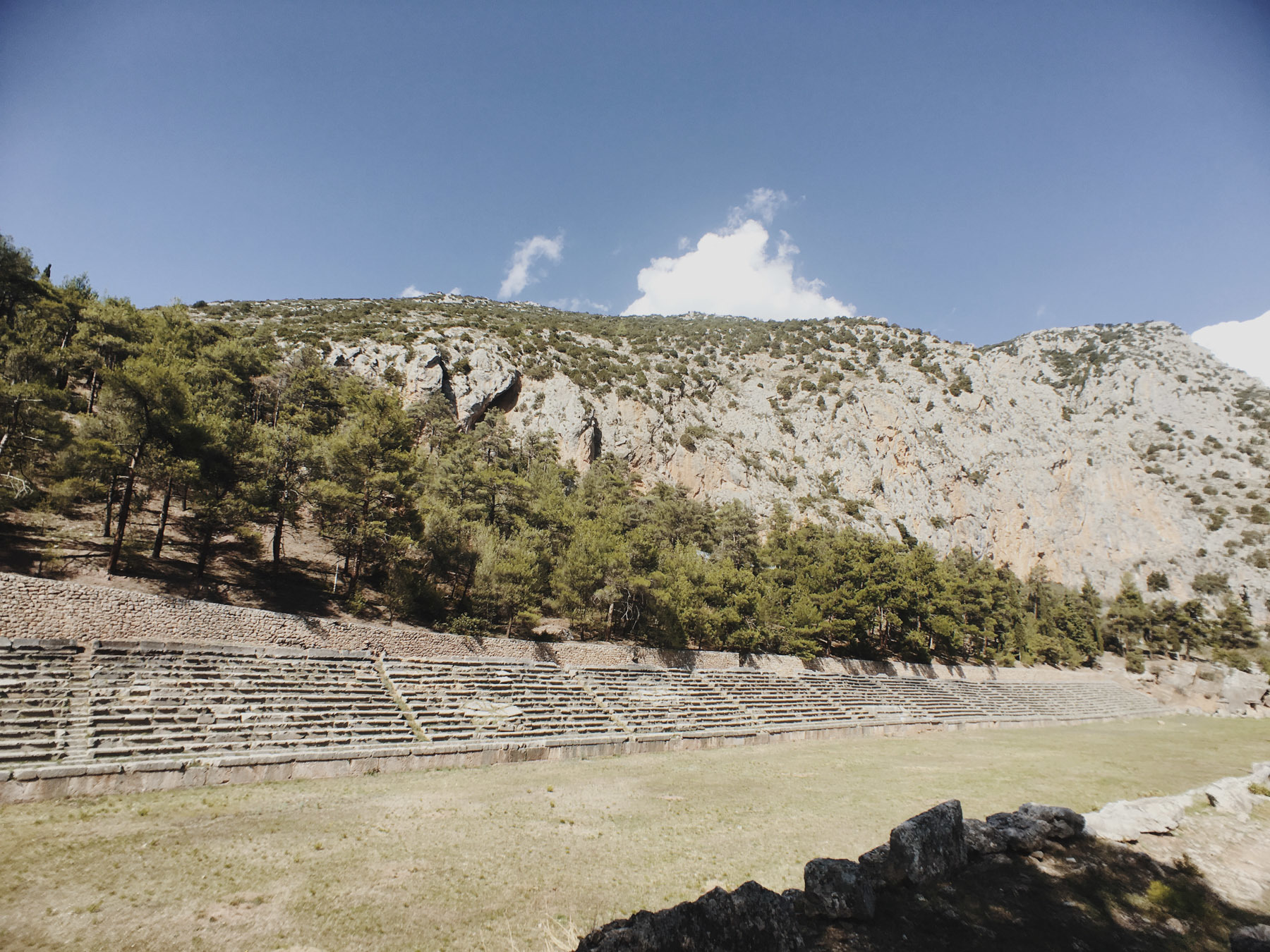 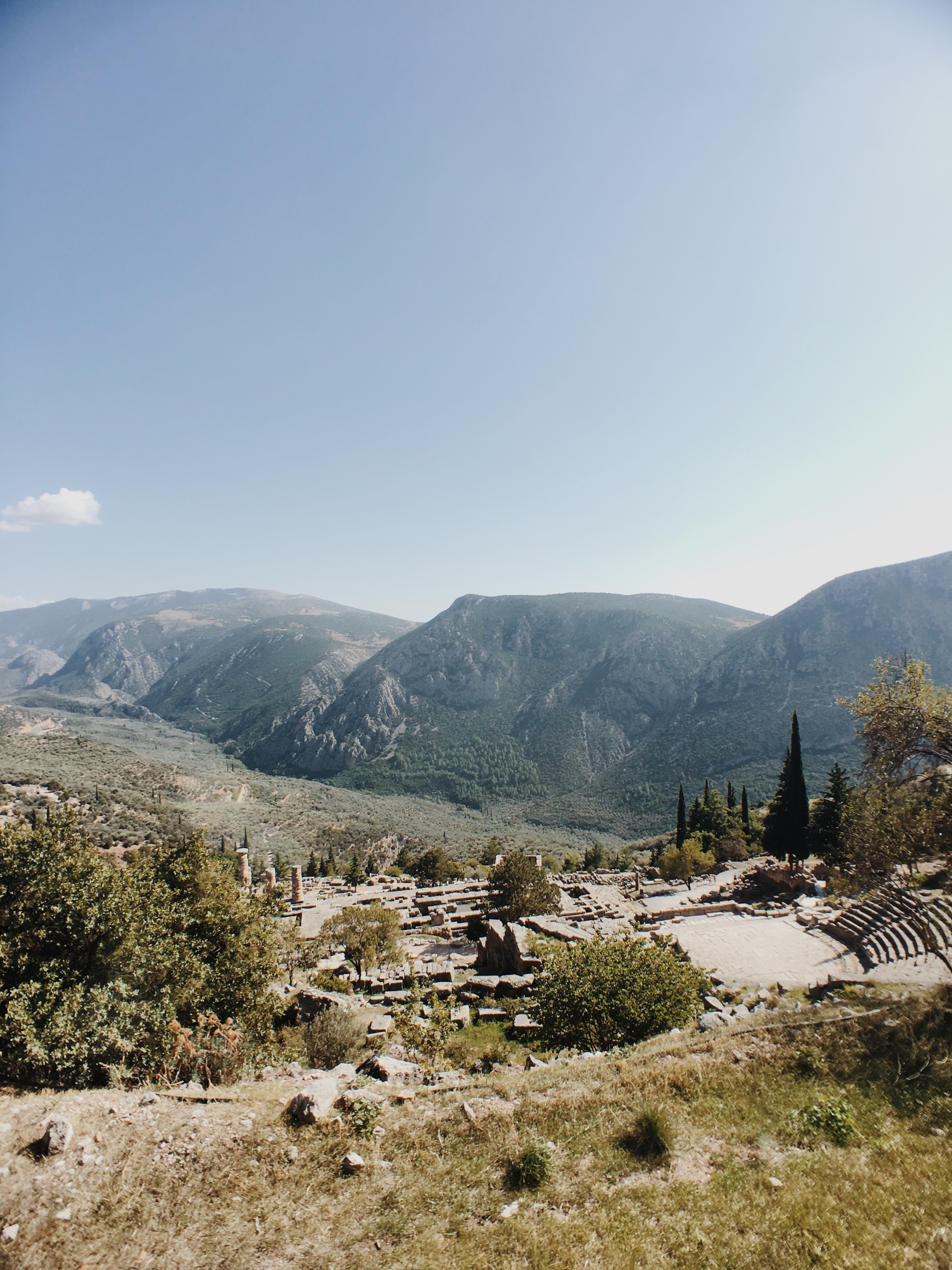 Smooth rock formations climb out of the land in a way that makes you feel like you’re thrown into a fiction novel set on another planet. It’s no wonder that centuries ago the Greek Orthodox church chose this place to build multiple monasteries. The monasteries that literally hang on the sides of the cliffs offer a serene escape from the world and provide the perfect contrast for scale and perspective. 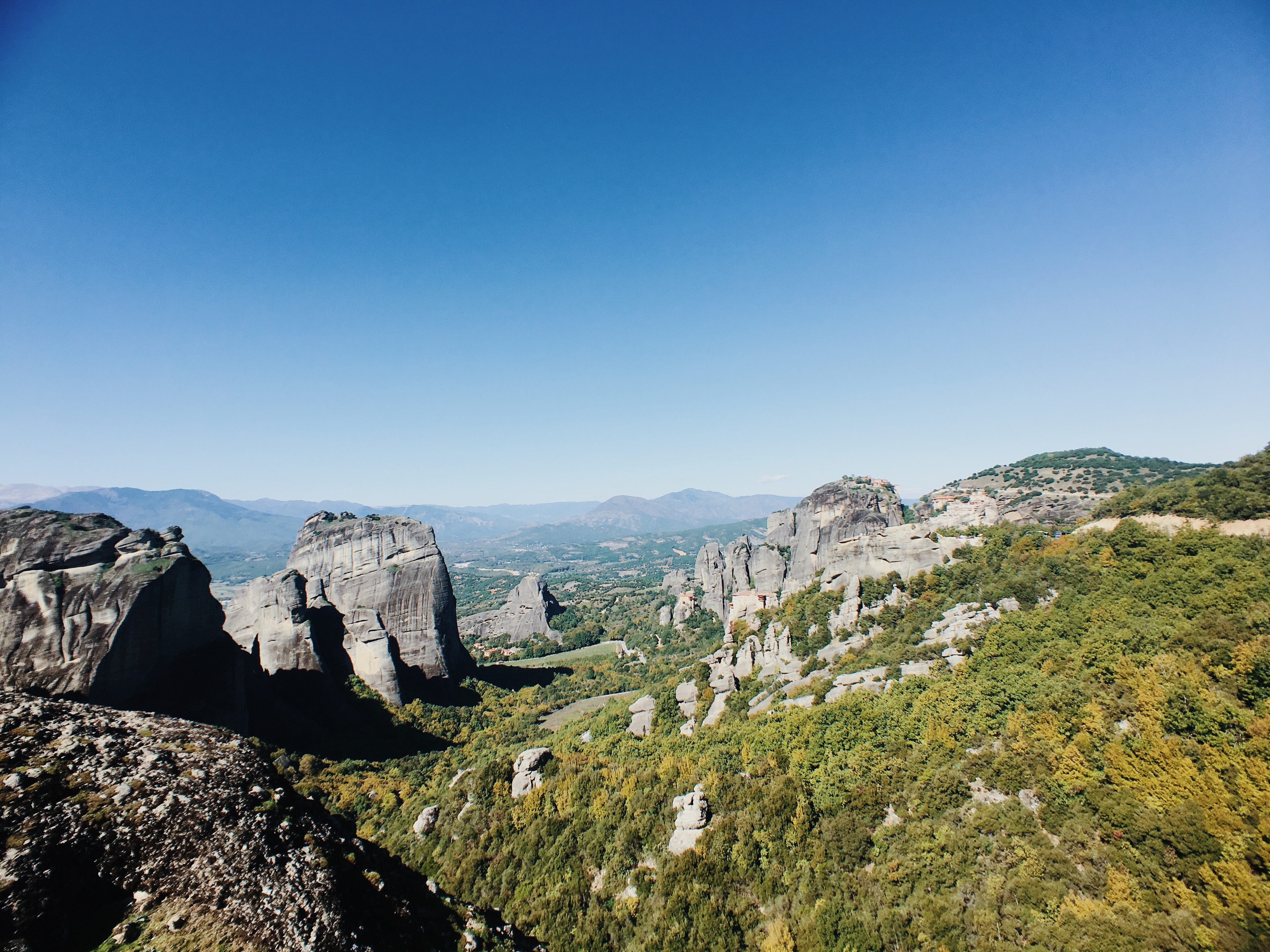 Known as the party island, Mykonos is unassuming at first with beautiful views, tiny winding streets, and whitewashed buildings. Photographing the world famous windmills at sunset is a sight that will help take you back to simpler times. 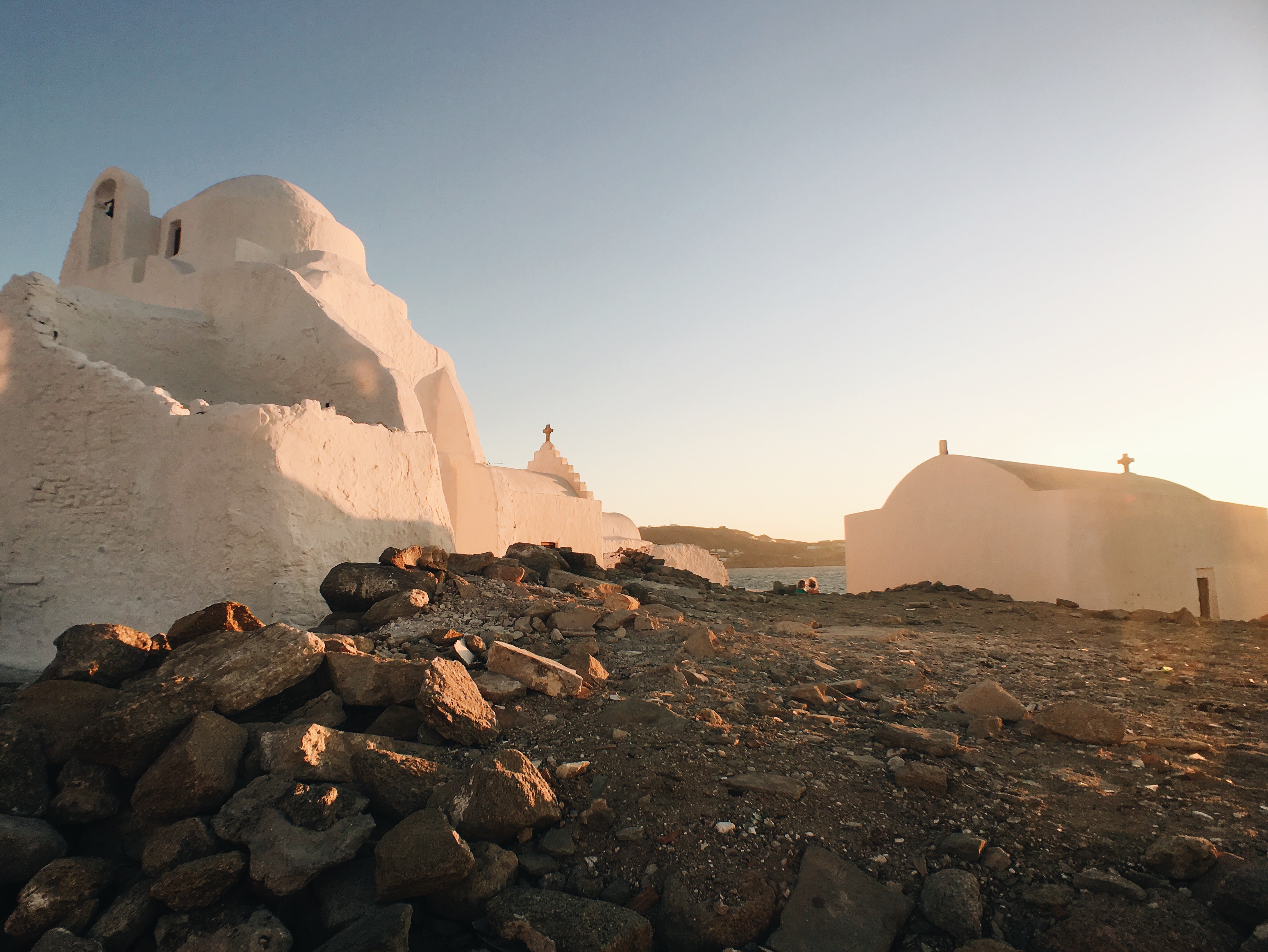 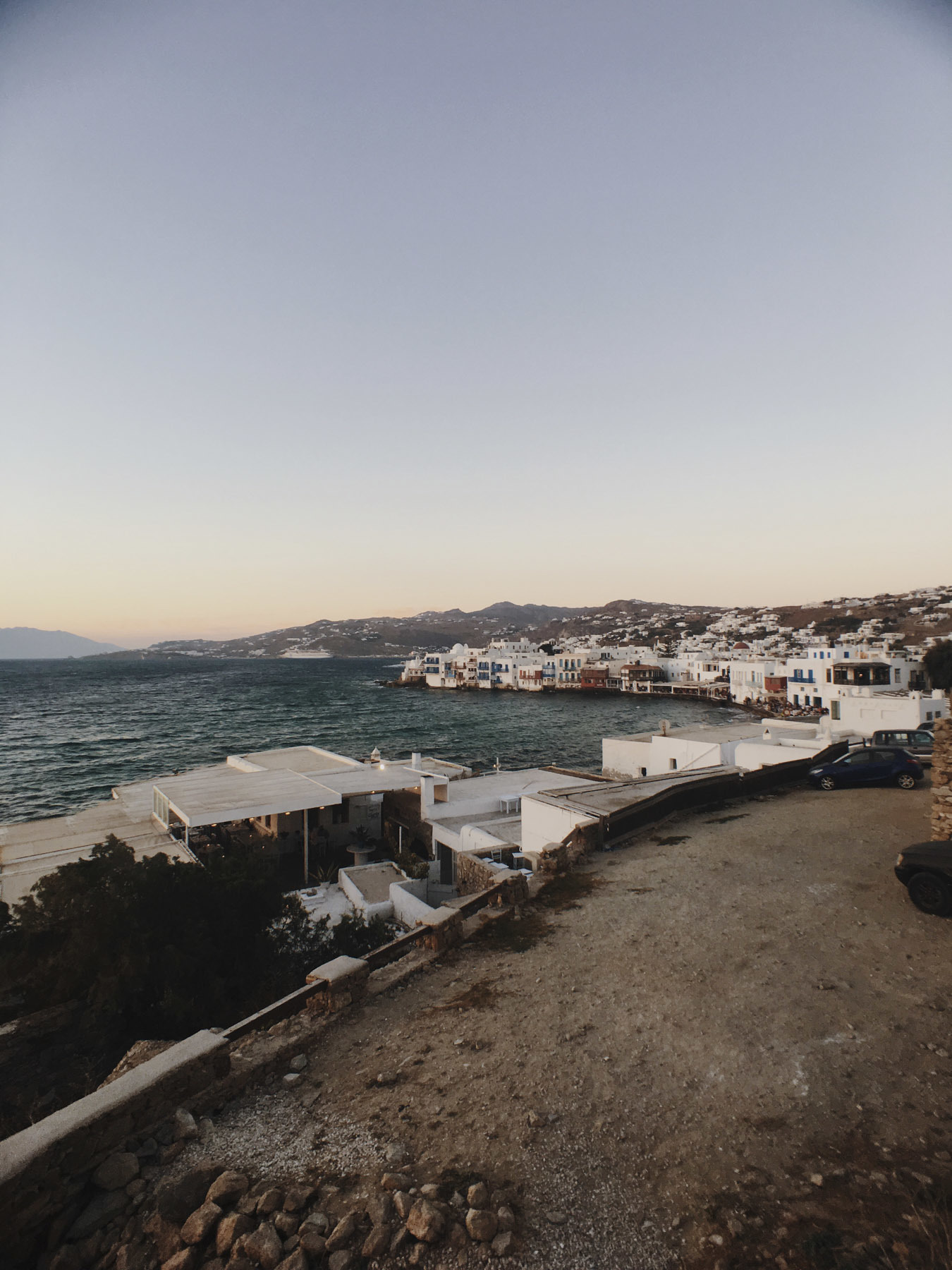 The Top of Santorini

You’ve probably heard of it, the island with pretty white buildings and iconic blue domes. Yes it does have that, but what I learned is the postcards you see are a small segment of this beautiful island. From the top, Santorini boasts incredible views. Capturing both the buildings and surrounding sea in a single frame helps to show the scale of this small island. 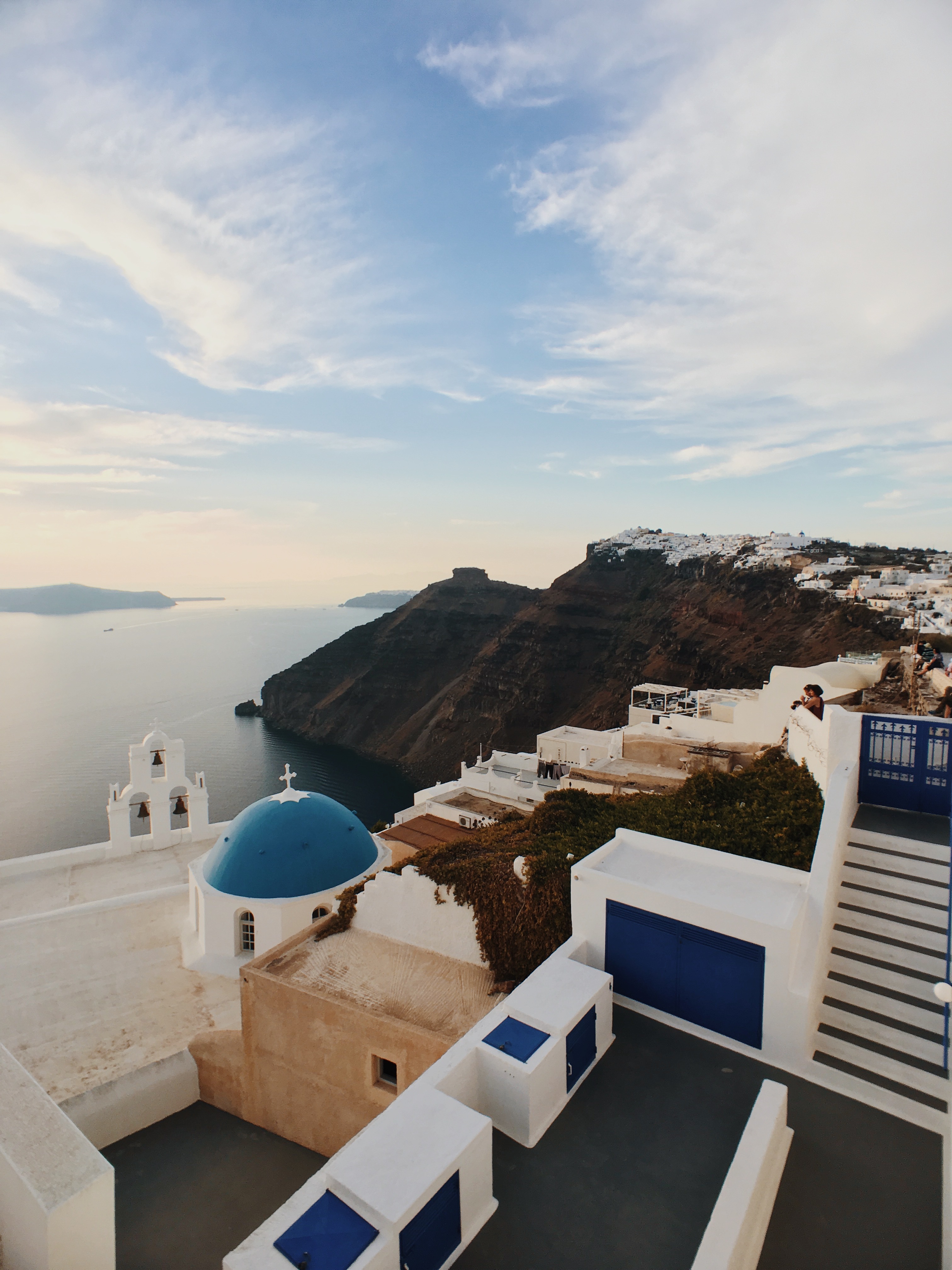 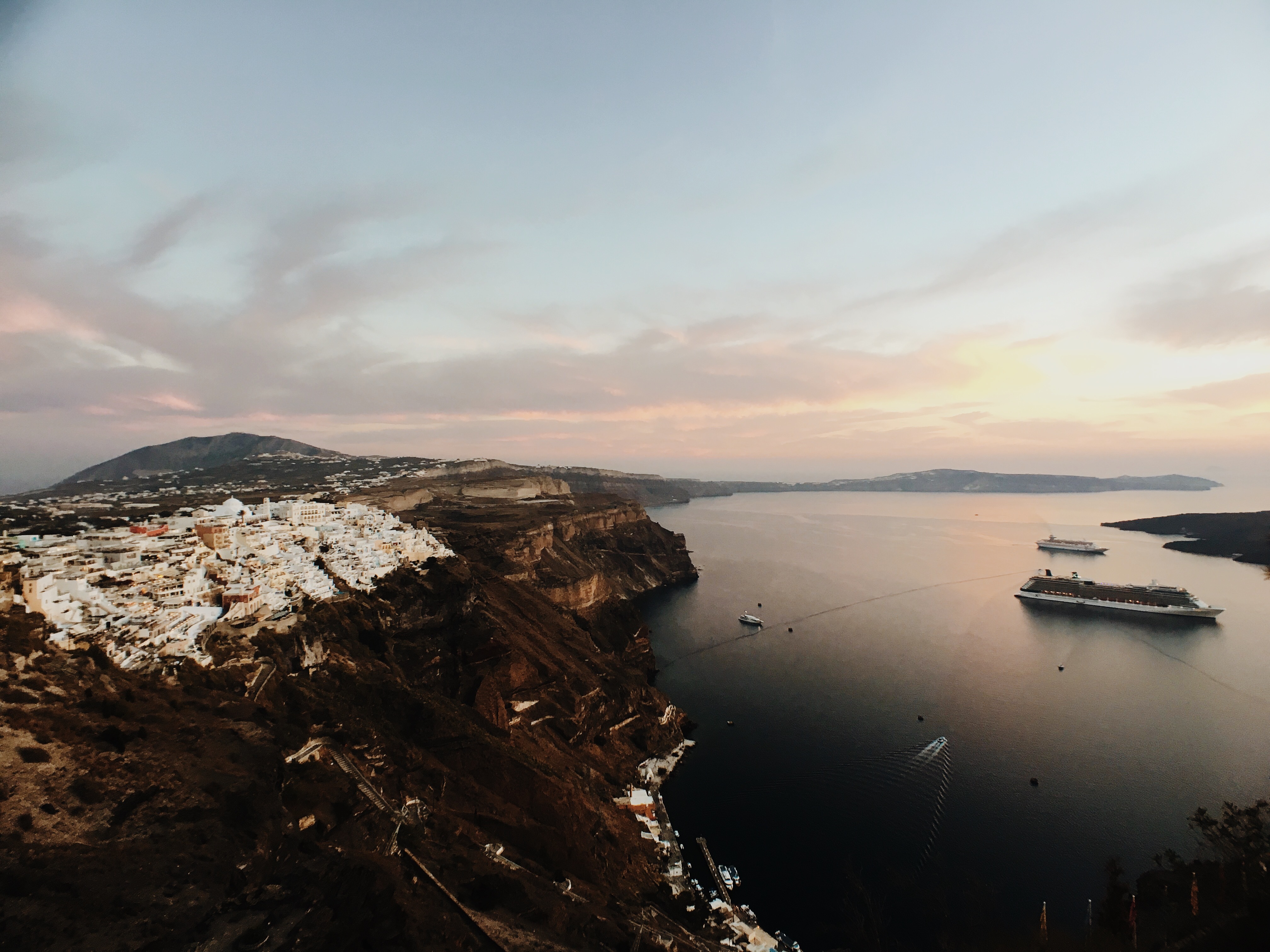 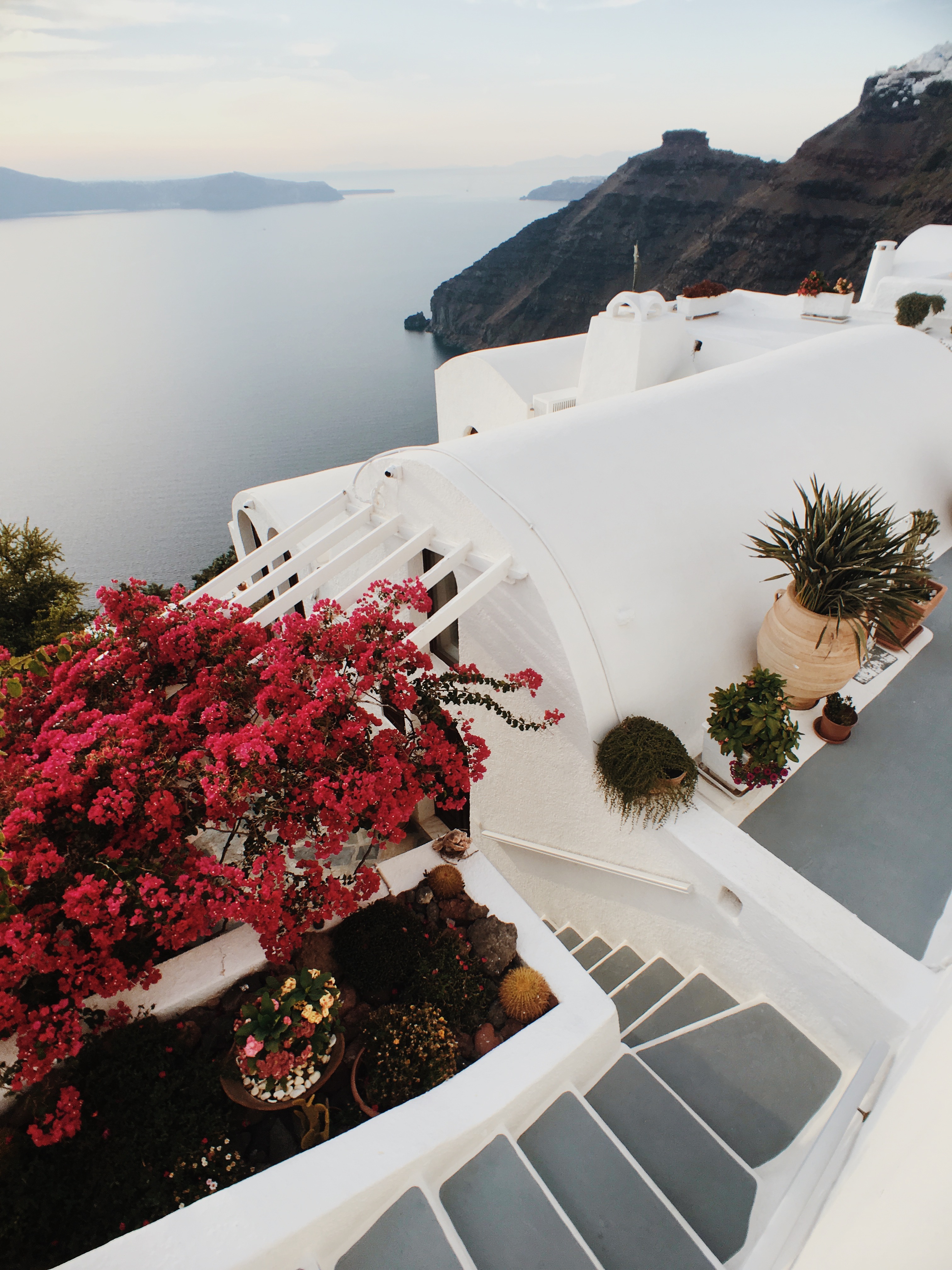