Built in 1961 in Nara, Japan – Nara Dreamland was the Disneyland of its day. With its own Main Street USA, Sleeping Beauty Castle, and Train Depot, you might actually mistake this place for the real Disneyland. Small shops are woven in between smaller attractions, and it’s easy to see how families could spend a whole day here getting lost.

Today, Nara Dreamland looks nothing like Disneyland. Deserted 10 years ago, it has become an explorer’s destination filled with grit and character just screaming to be photographed.

I love shooting abandoned places. It goes back to my childhood in Johannesburg, discovering and photographing old, gritty places. There is just something to the stories left behind that fuels my imagination. And when I first heard about Nara Dreamland 2 years ago, I just knew it was a must visit.

Reading the posts from previous explorers, I had to be cautious of a few things. First, there was a possibility that the place was riddled with security guards. Second, if you were caught in the park, people mentioned that you would get arrested and fined for trespassing since the theme park is private property. And third, I learned that there is a rollercoaster made out of wood which was apparently the main attraction when the theme park was still open.

We arrived at a small gate at the back of the park. Overgrown with weeds, there was a quiet calmness as the sun started peeking over the horizon. In front of us was a guard house, which at first made our hearts skip a beat, until we realized the place was so abandoned that we could literally walk in the back door.

Making our way along the main path towards the front of the park we were immediately flanked by a big blue building that resembled something of a public hall. Even in its decayed state, its body and red window frames held their beauty.

As we made our way to the front of the park, we could see the huge Dreamland sign in the distance. Even from afar she was beckoning us to visit. Her strong arch and bold clocktowers almost covered her worn, paint chipped facade. Although far from her original self she still stood proudly, just begging to welcome new visitors to her dreamland. 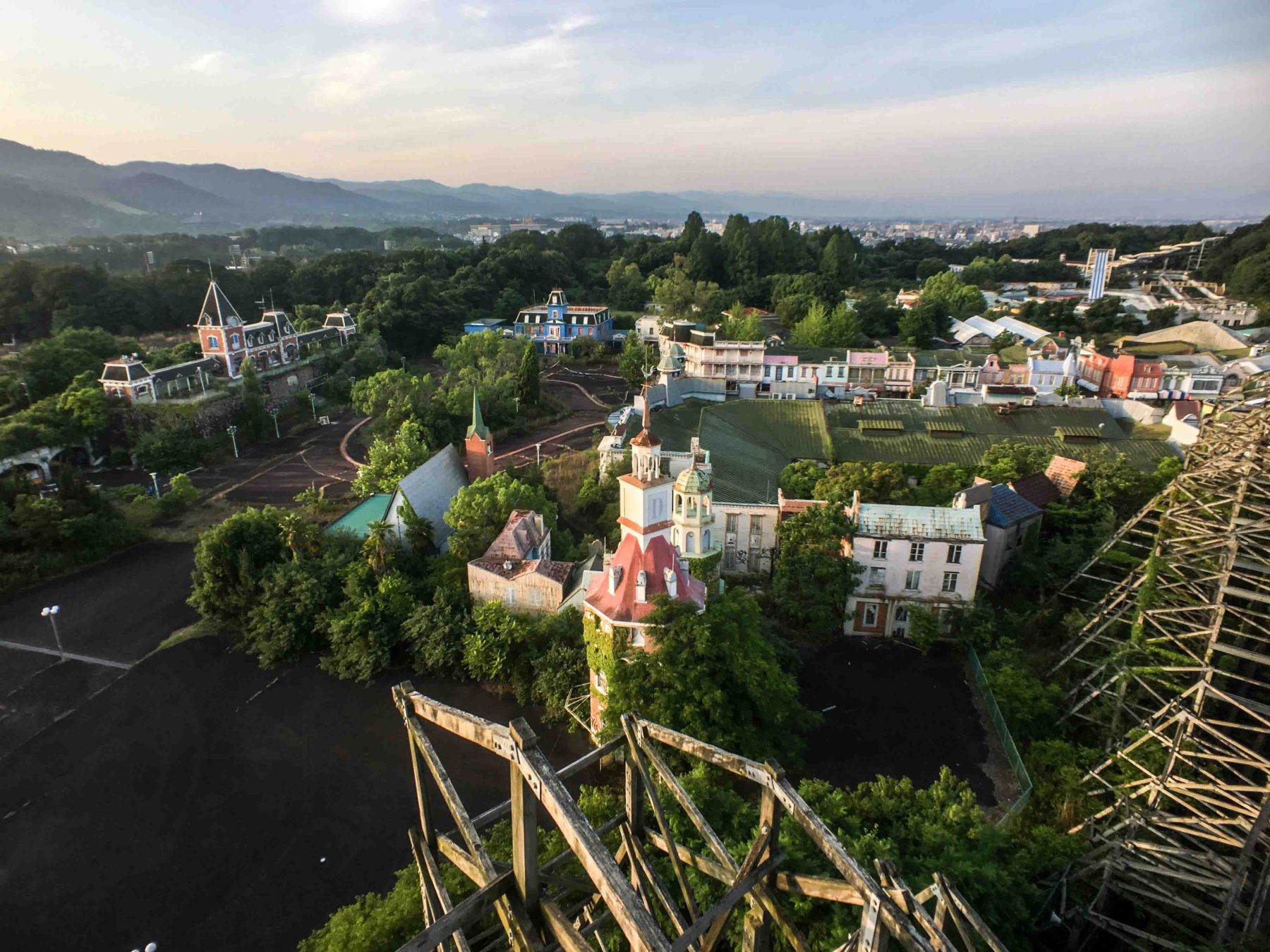 The Castle, more than anything else, captured the spirit of a theme park. Its intricate details and towering presence gave the park purpose. And although it wasn’t the largest object, it sat at the heart of the park, reflecting hints of its former splendor. The moats surrounding the castle were empty, the lights were dead, and the sides were vandalized. But it was still beautiful.

It was at this point that I realized my time in the park was not about abandonment; it was about Nara’s history and reclaiming what had been forgotten.

Standing on top of the Aska Roller Coaster, it felt brittle under my feet. Being several stories up, I kept telling myself that the sound of creaking wood didn’t represent the sturdy structure beneath me.

Looking down through the complexity of wood beams below, I couldn’t help but appreciate the original craftsmanship. The structure, the detail…it was all there — no different than what I’m trying to build as a creative. A group of people were successful in building a ride that people loved — an experience where people raised their hands and let the inner joy of their childhood take over.

It made me wonder how something so magnificent was left to rot. 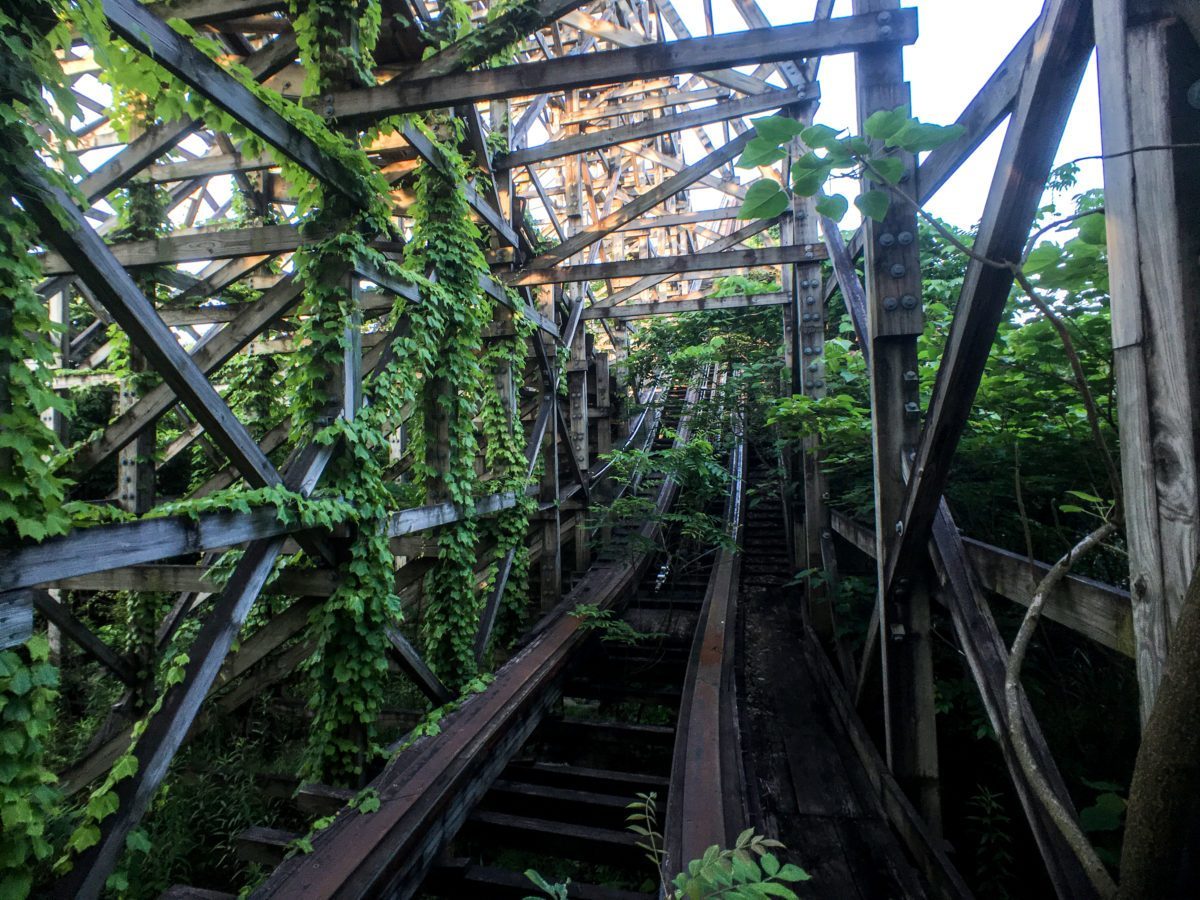 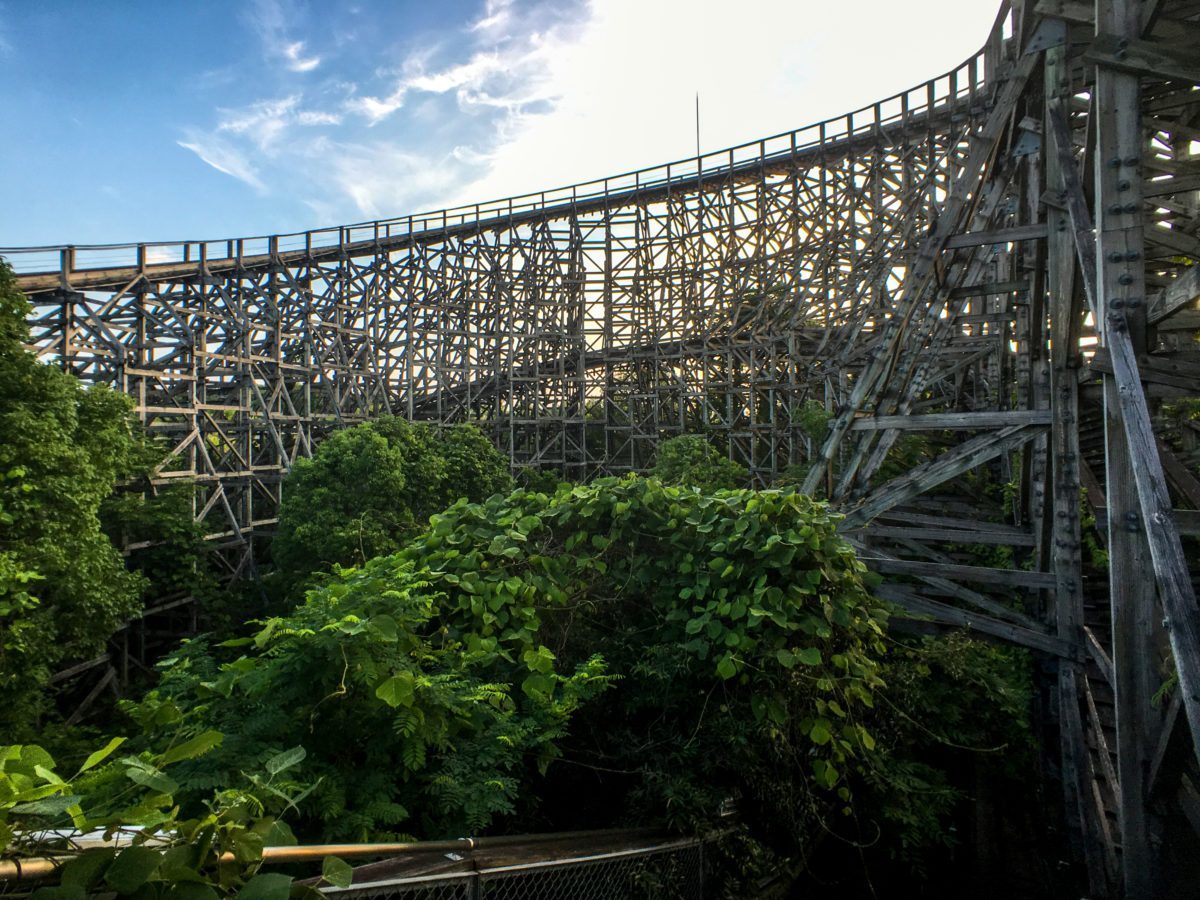 Carousels take me back to movie love scenes. Even in real life they’re always full of a life, with laughter and music playing as they spin. Perfectly still, I had never seen a dead carousel before. I’ve seen them turned off, but never one that is as lifeless as the carousel in Nara.

As I walked through the carousel, the wooden floors spoke to me. The decay of the wood and the rusted metal provided the character. The horse and carriage fixtures carried only memories of little girls pretending to be princesses, while the cobwebs represented the only form of sustainable life.

It was one of the most surreal moments of the experience.

Hidden under the decay, the promise of Nara is still alive. To the point that it leaves you wondering if given a second chance, could she be reborn? 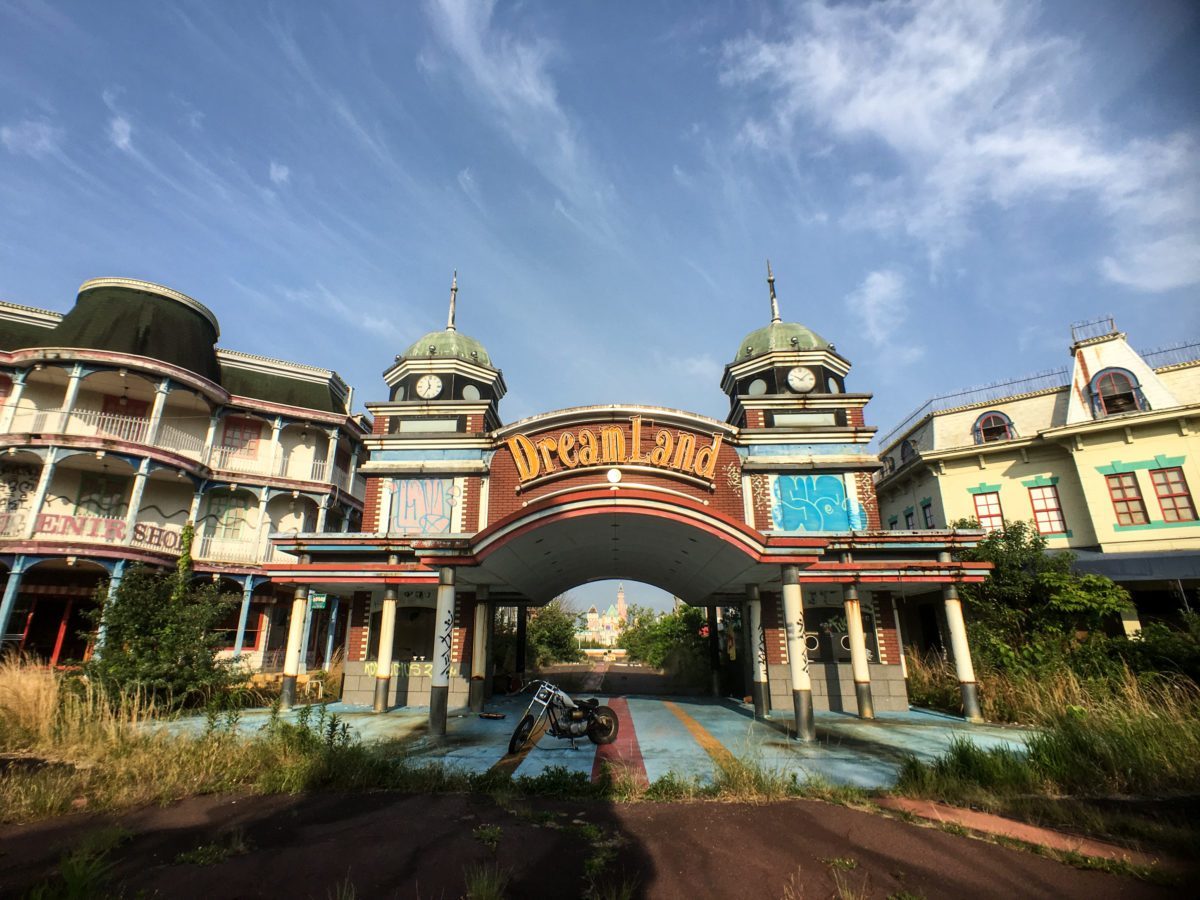 過ぎる “Pass By”: A Moment Film By Gareth Pon

Day Trip: How To Plan Your First Seattle Visit